The rise of a new entrant in the U.S. and last year’s 18 percent decline in the cigarette market in Japan, where heated-tobacco devices have become popular, have investors worried that an industry known for steady profit growth faces an increasingly uncertain future. Imperial’s shares have fallen 17 percent in the past year.

Cooper told investors this week that Japan was the only market where she expects rapid disruption for the tobacco industry and that the popularity of e-cigarettes in the U.K. and the U.S. means overall nicotine consumption is growing there.

Juul gives vapers a hit comparable to that of a cigarette because it contains benzoic acid, which makes it easier to deliver nicotine at a lower temperature without being harsh to the throat. After its success in the U.S., the startup vape brand is expanding internationally. To fund that effort, the company is said to be raising $1.2 billion in a financing round that would value it at $15 billion. Juul’s slim device, which looks like a flash memory drive, has captured the imagination of young consumers as word spreads via social media.

Defensive sectors tend to do well at the end of cyclical bull markets because the reliability of their dividends suddenly become attractive when growth stocks eventually lose their lustre. However, US Treasury yields pulling back from 3% at present is probably a more important near-term consideration since it helps to moderate competition for equities with bond-like characteristics.

Tobacco was particularly unloved over the last year because of declining usage and competition from vaping. However, the sector is well capitalised, sells an addictive product and has potential to innovate in at least a copycat fashion. The potential legalisation of cannabis represents a potential growth area for the sector. 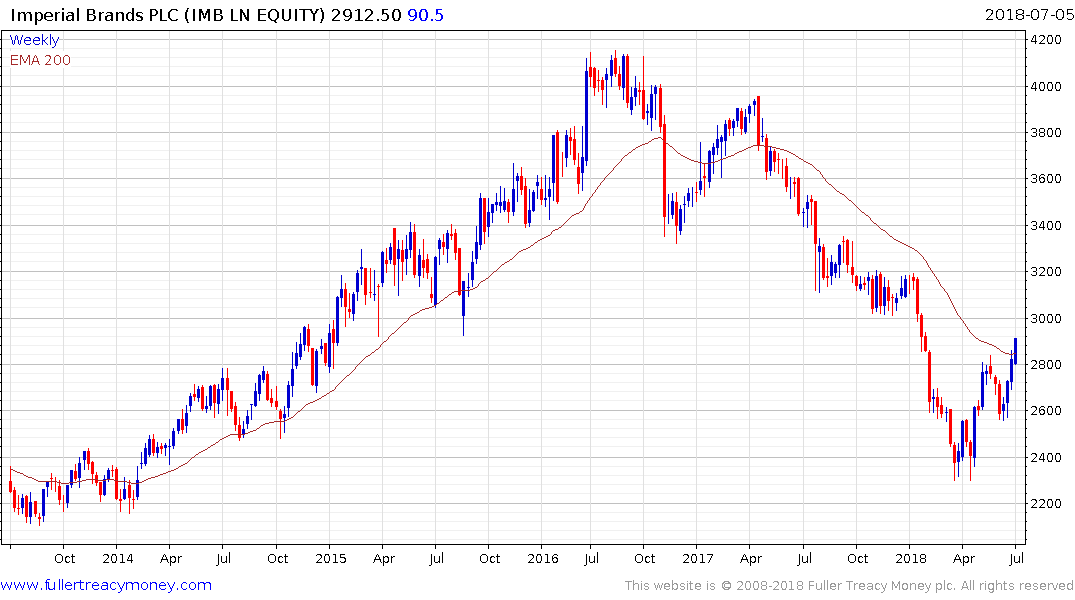 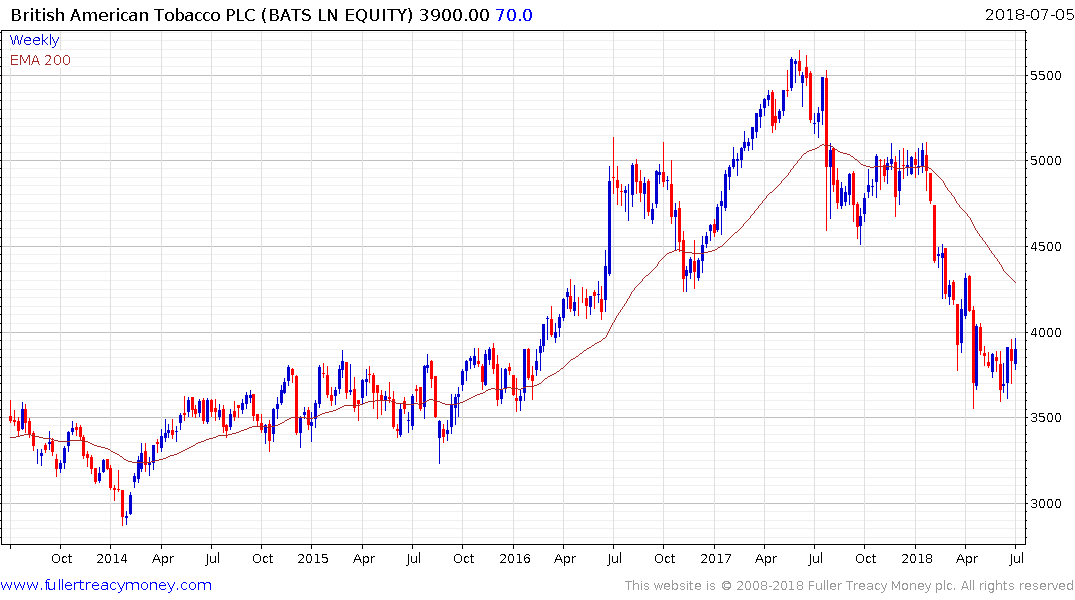 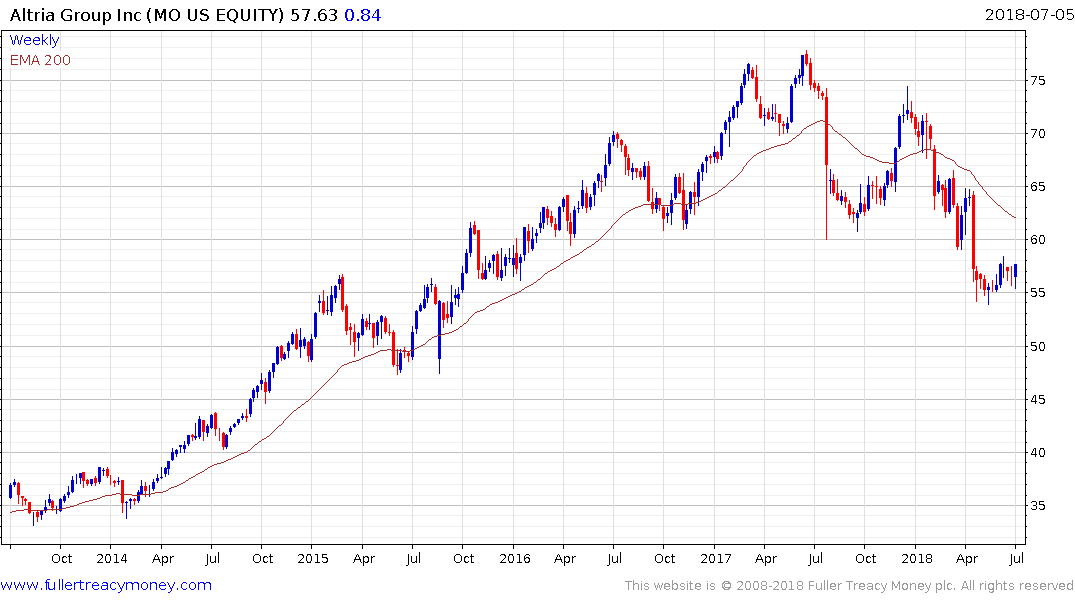 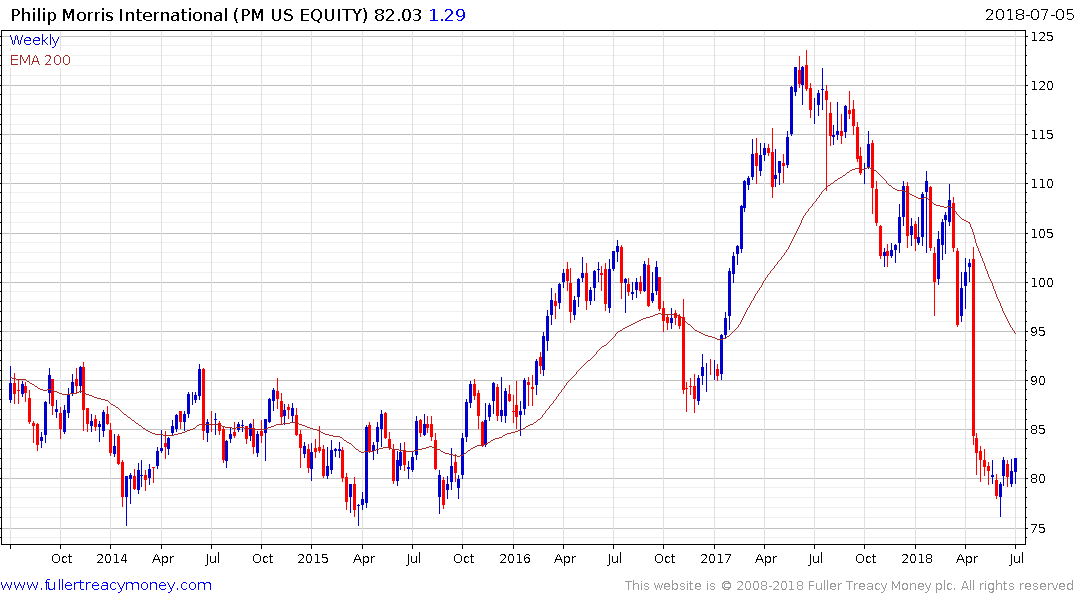 In the residential healthcare sector, Ventas is one of the larger REITs, yields 5.7% and is currently bouncing from the lower side of a five-year range. 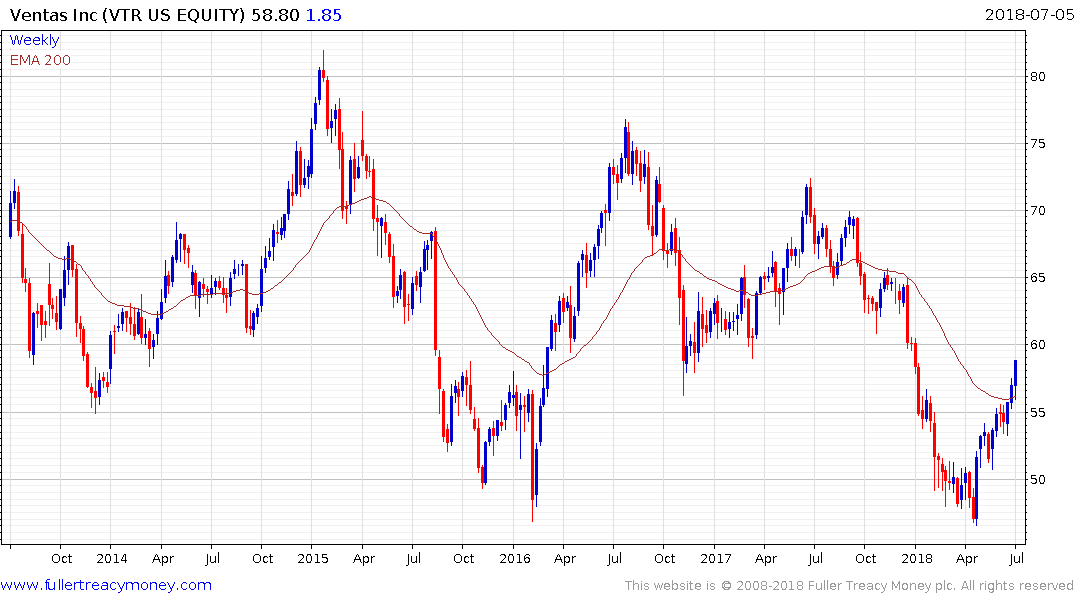 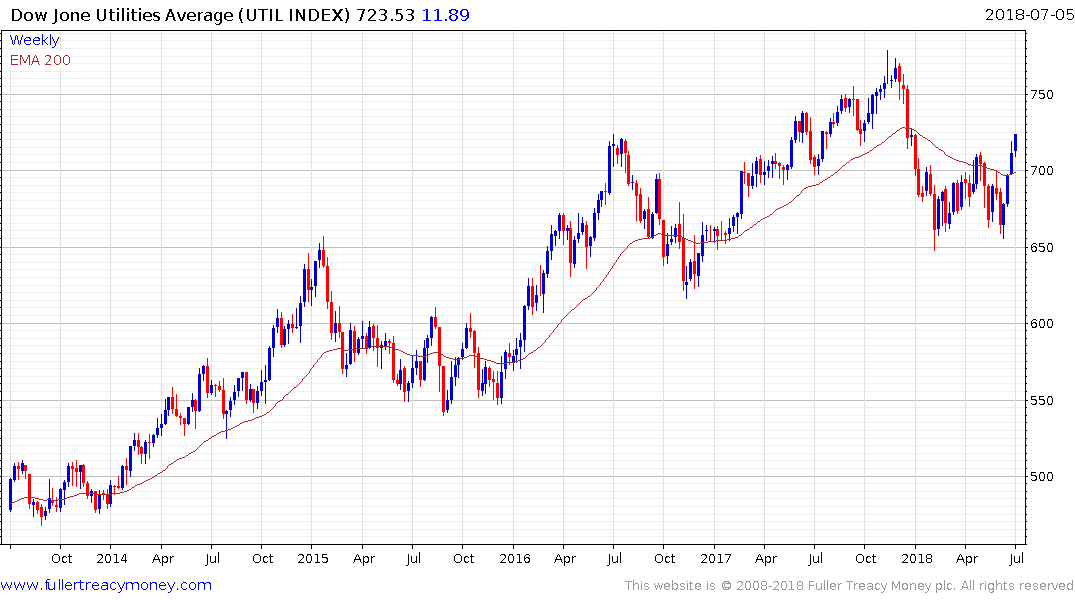 The Dow Jones Utilities Index found support when its yield hit 3.5% and it rallied this week to break out to new recovery highs. 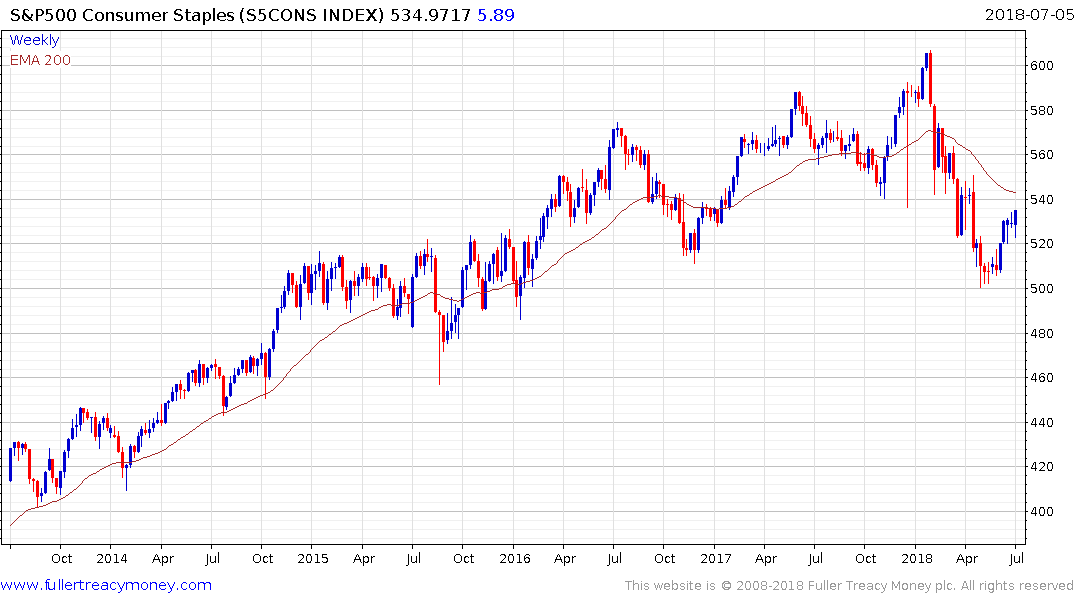 The S&P500 Consumer Staples Index is currently unwinding an oversold condition relative to the trend mean and will need to sustain a move back above 550 to confirm a return to demand dominance beyond short-term steadying.