As Krugman wrote in a brilliant 1995 essay, “People believe certain stories because everyone important tells them, and people tell those stories because everyone important believes them. Indeed, when a conventional wisdom is at its fullest strength, one’s agreement with that conventional wisdom becomes almost a litmus test of one’s suitability to be taken seriously.”

British leaders must pull themselves out from the spell of storytelling and focus on their urgent responsibilities. At home, they must heed the real message of the Brexit vote: citizens being left behind by globalisation are clamouring for more protection. Prime minister Theresa May seemed briefly to recognise the primacy of that task. But she was sucked quickly into the Brexit negotiations vortex.

On Brexit, British citizens and their leaders must decide what kind of nation they want to live in. The debate must pit the value of sovereignty against the risks to global peace. Such a debate is of the utmost importance for Europe, with its history of horrific wars, especially now when ugly forms of nationalism are gaining alarming numbers of adherents. Unfortunately, instead of dealing head-on with this monumentally important challenge, which must guide the Brexit decision, global leaders are peddling frightening economic scenarios.

The Remain or Leave decision is an opportunity for Britain’s citizens to express and reaffirm their true values. Failure to protect the most vulnerable at home and redirect the Brexit debate to a higher purpose will leave underlying tensions simmering.

The European answer to sticky questions is to just stop talking about them. Europe has adopted multiculturalism and there is a clear racist undercurrent in the “respect” for other cultures which precludes people from active participation in society but that is not talked about. In the same vein, the ambition of creating a European federal union is politically untenable and so there is no champion for the idea. However, every action taken by the EU in its response to the credit crisis points towards the long-standing aim of a federal union.

David and I shared the view that Brexit would be good thing because it was the equivalent of a country voting for delayed gratification. There is no doubt there would be short-term disruption but provided it was followed by a clear ambition to lower trade barriers, streamline regulation and compete on the tax front, the UK would come out in a much stronger more equitable position.

The problem was always there is just no appetite for the kind for visionary thinking required to deliver on that ambition among parliamentarians. When Theresa May had to go into coalition with the DUP, that effectively killed Brexit. The most likely scenario remains membership in all but name or just plain membership of the EU. The failure of elected officials to deliver what people thought they were voting for means the next election is going to be one of the most polarising events in UK history. 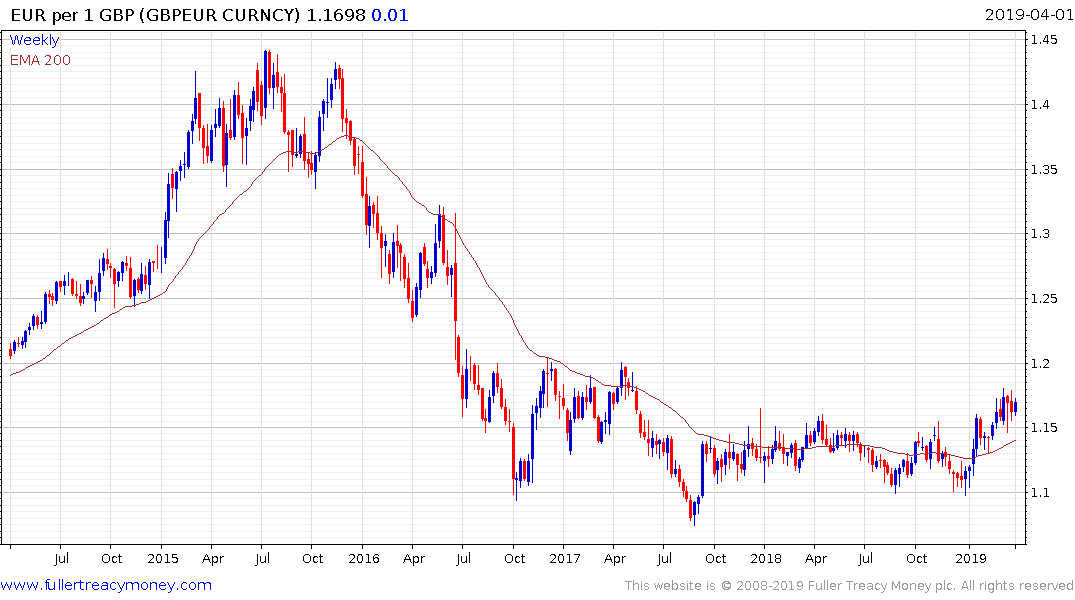 In the meantime, the Pound is continuing to form a first step above its base against the Euro. 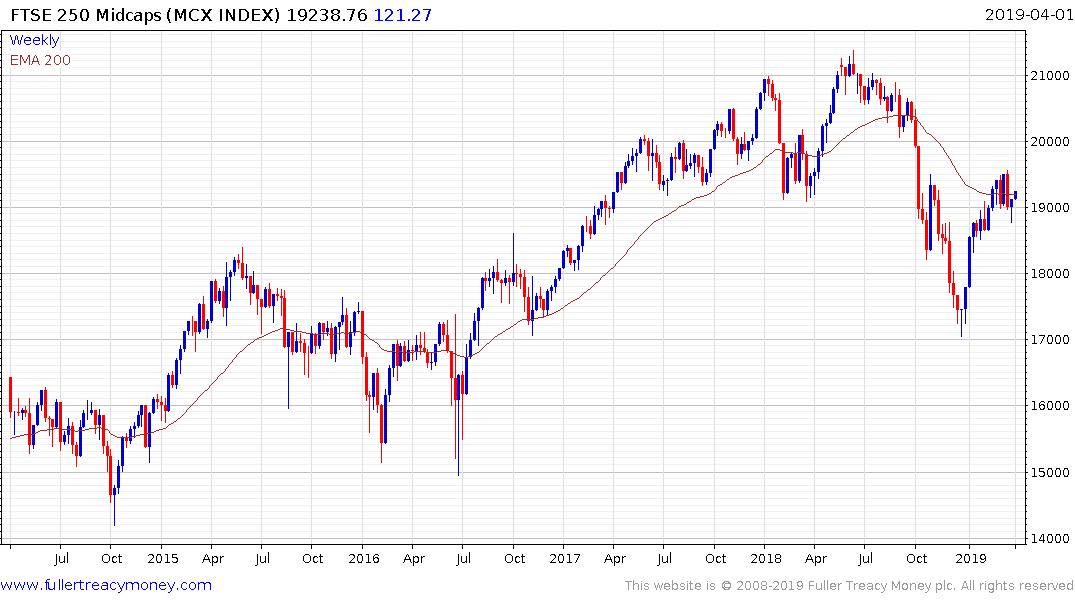 The FTSE-250 Index continues to pause in the region of the trend mean but has room in which to consolidation and still remain on a recovery trajectory.