If History Were A Perfect Guide, Stocks Would Be in A World of Trouble Here
Comment of the Day

If History Were A Perfect Guide, Stocks Would Be in A World of Trouble Here by Eoin Treacy

A contraction in forward EPS is still the biggest threat for U.S. equities ahead: Every bear market of the past 50 years has witnessed an actual decline in S&P 500 forward earnings. Moreover, earnings expectations for the S&P 500 have fallen in the wake of 7 of the past 8 Fed tightening cycles.

The earnings landscape has already deteriorated and will likely get worse: The consensus year-over-year growth rate in S&P 500 forward earnings is down to a mere 1% from a peak of 23% in September of 2018. Forward earnings are already contracting in the Midcap and Smallcap indices.

Rates argue that real GDP growth will continue to slow through Q4 of 2020: It takes about two years historically for a change in interest rates to be fully reflected in the U.S. economy. The November 2018 peak in the 10-year bond yield argues for a trough in U.S. real GDP sometime in late 2020.

If history were a perfect guide, the S&P 500 would trough in Q2 of 2020 and rebound thereafter: Should the economy bottom in Q4 of 2020, as interest rates suggest, then history argues the S&P 500 would begin to price in a sustainable recovery sometime between April and August of 2020.

We are at a particularly interesting period in history. First off, no one knows how much of a distortion to historical norms negative rates and negative yielding bonds represent. Second is the fear being expressed by investors as stock markets hit new all-time highs, and not just on Wall Street. Third is censorship by both Google and Facebook precludes anyone who wishes to express a sharply bearish view from acquiring advertising space.

The period between the end of 2014 and the breakout in earl 2016 has been referred to as a mini-recession. I’ve also seen commentary from a number of sources that what the US economy has been through over the last year has been a mini-recession. These periods where the modest pace of the economic expansion slows somewhat allow some consolidation like we have just seen on Wall Street. If that is the conclusion investors are reaching now, and they expect global growth to trough soon. 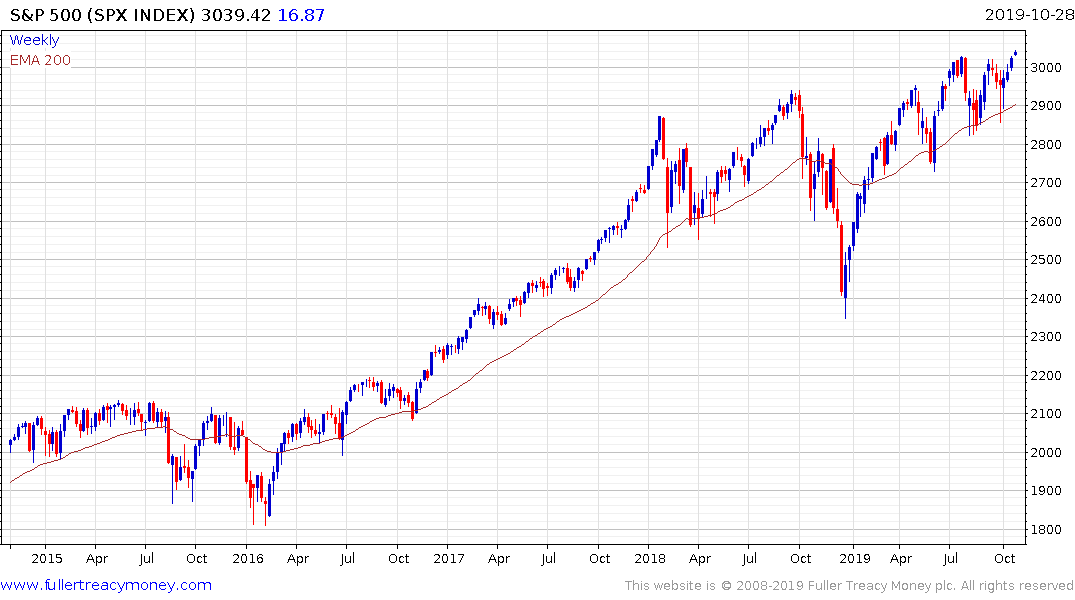 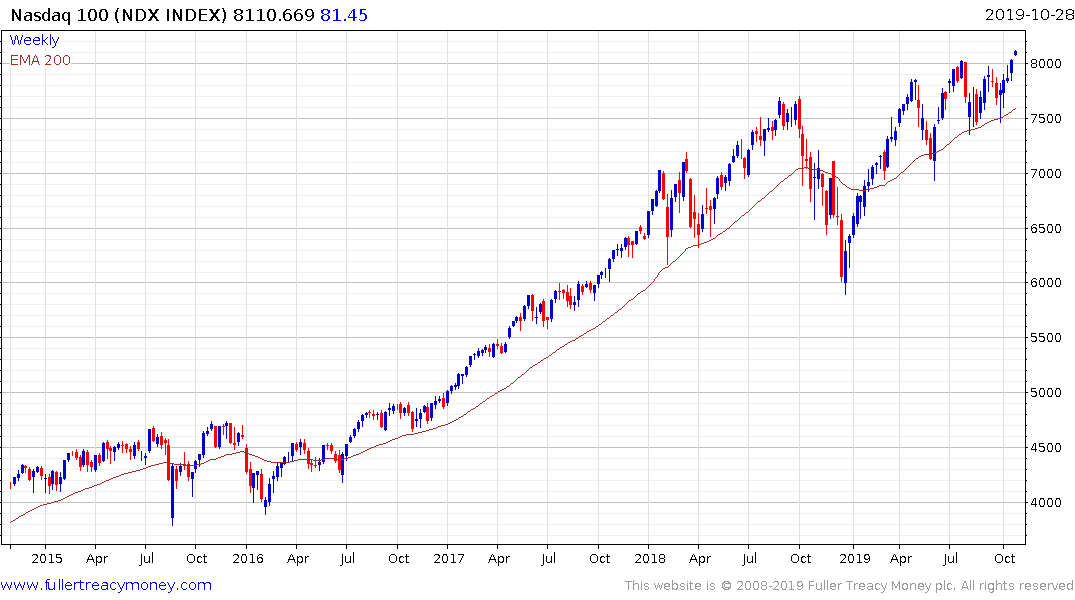 I strongly believe the most important thing to do is monitor the market in front of us. The primary indices are breaking to new highs and the banks might be lagging but they have also broken higher. The one point that can be made is there is a narrowing of breadth in earnings growth. Shares like Microsoft, Visa, Mastercard represent a large proportion of the earnings growth over the last year but the performance of the equal weighted S&P600 suggests a broad pattern of strong performance by the wider market. 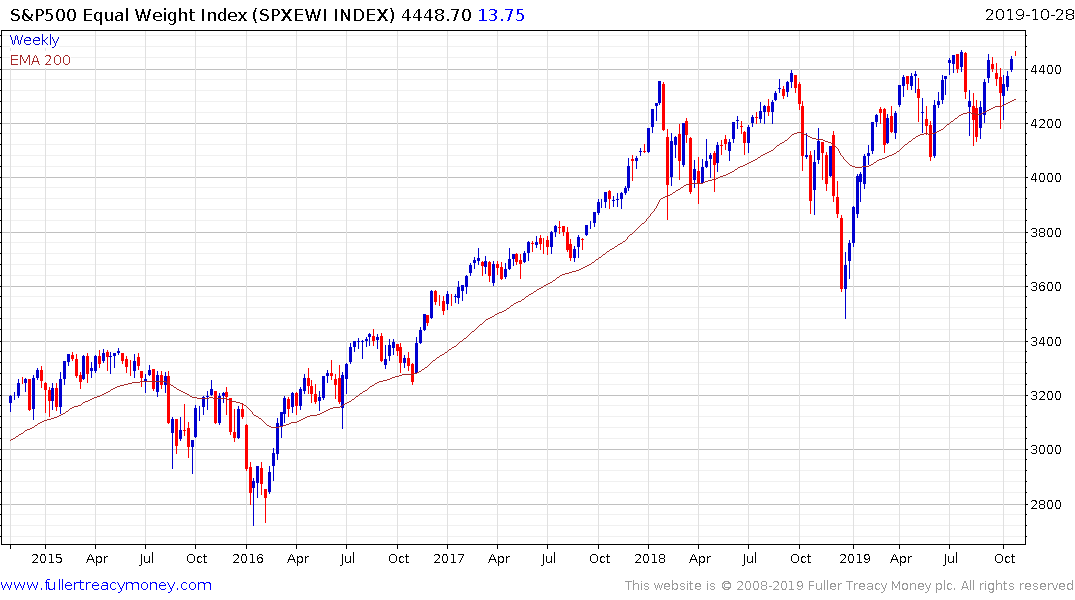 Meanwhile the return to performance of both Europe and Japan as well as emerging markets suggests investors are bargain hunting for regions and sectors that have catchup potential.

I have some sympathy with the view contracting earnings put pressure on valuations and increase potential for a rockier market performance. However, let’s not forget that forward earnings are about expectations rather than reality. The trade war has been a massive uncertainty which has forced analysts to trim forecasts. To do anything else would have been foolhardy. The rebound in bond yields suggests less demand for a safe haven and combined with the strength in asset prices that suggest we are more likely to see another leg higher rather than a return of the kind of volatility we saw in Q4 2018. The nice thing about paying attention to the price action is it will be obvious on the charts if this view is incorrect.