Industrial & Commercial Bank of China Ltd. is rejecting calls to bail out a troubled 3 billion-yuan ($495 million) trust product, a bank official with knowledge of the matter said, stoking concern that the nation’s first default on such high-yield investments may be looming.

ICBC, which distributed the product sold by a trust company to raise funds for Shanxi Zhenfu Energy Group, won't assume primary responsibility after the coal miner collapsed, according to the executive, who asked not be identified while negotiations continue. China's largest bank may be forced to repay investors, most of whom were Beijing-based ICBC's own private banking clients, Guangzhou Daily reported yesterday.

A default on the investment product, which comes due Jan. 31, may shake investors' faith in the implicit guarantees offered by trust companies to lure funds from wealthy people.

Assets managed by China’s 67 trusts soared 60 percent to $1.67 trillion in the 12 months ended September even as policy makers sought to curb money flow outside the formal banking system.

“Nobody wants this default to become a trigger for a financial crisis,” Xue Huiru, a Shanghai-based analyst at SWS Research Co., said of China Credit Trust¡¯s product. “Breaking the implicit guarantee may help the long-term development of China's financial system, but the short-term pain would be too much for the economy to take.”

While the Chinese banks maintain listings on both the mainland and Hong Kong, they remain organs of the Chinese administration. Therefore their actions can be interpreted as reflecting the motivations of those in power. The fact that on the one hand the administration has been attempting to clamp down on lending to the property market, while on the other the banking sector has been making abundant use of trusts to increase lending, reflects just the type of contradiction that is inherent in a one party system where politicians are personally enriched by holding sway over the actions of state owned organisations.

A decision on what do with the trust mentioned in the above article is not due until the end of January so it still remains to be seen just what the administration has planned. There is no argument that if the Chinese capital markets are to mature and develop, defaults of high yield investments need to be possible. However as we have seen particularly with the Eurozone’s sovereign debt and credit crisis, the removal of an implicit guarantee which the market had interpreted as unbreakable has the capacity to raise not only liquidity but solvency issues. The question “If one such trust is allowed to fail, why not others?” will quickly move to centre stage in the event of default. 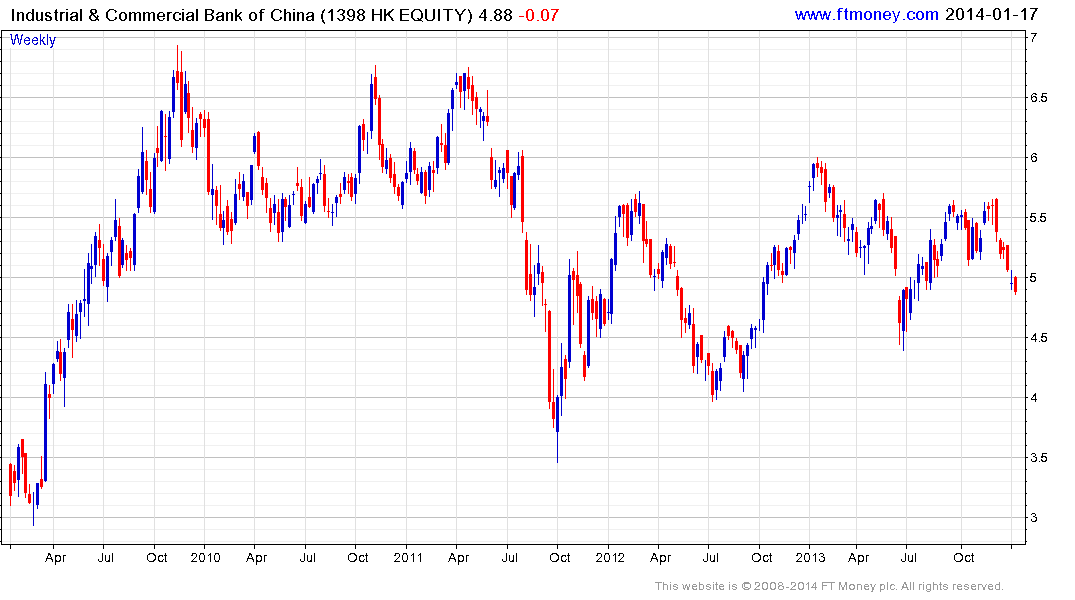 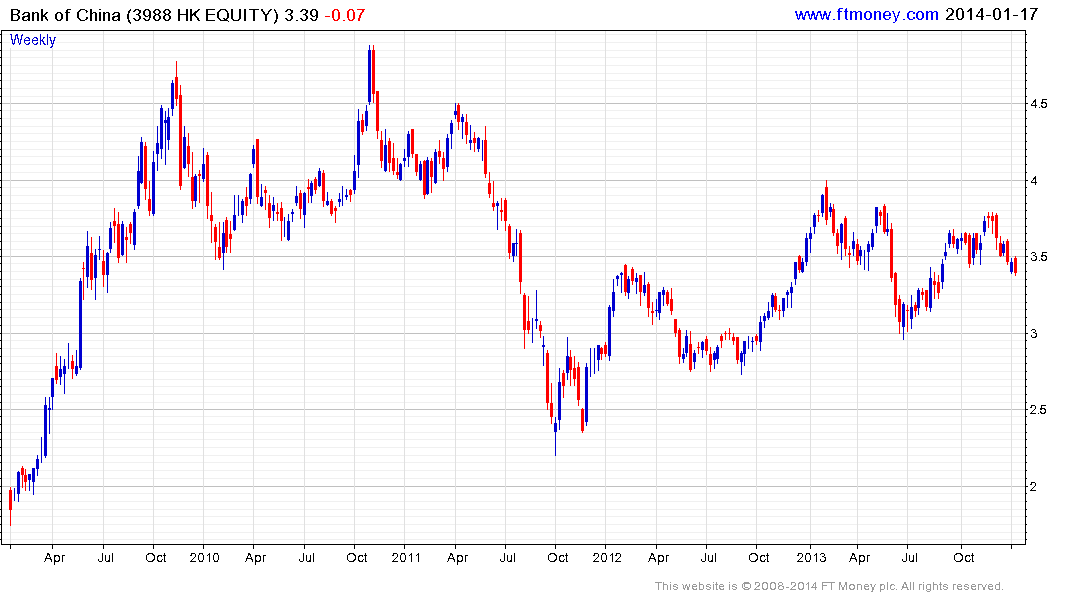 Chinese banks differ from the Eurozone in that they have capital reserve ratios in excess of 20%. ICBC, for example, has a loan loss coverage ratio of 51% while Bank of China’s is more than 58%. Both companies are in the rare position of having dividend yields greater than their respective P/E ratios. Nevertheless, investors remain sceptical as to whether earnings figures can be believed and fearful as to how much capital will need to be written down in the event that the long anticipated non-performing loan issue materialises. A decision to allow high yielding trusts to go bust has the potential to bring a number of these issues to a head. 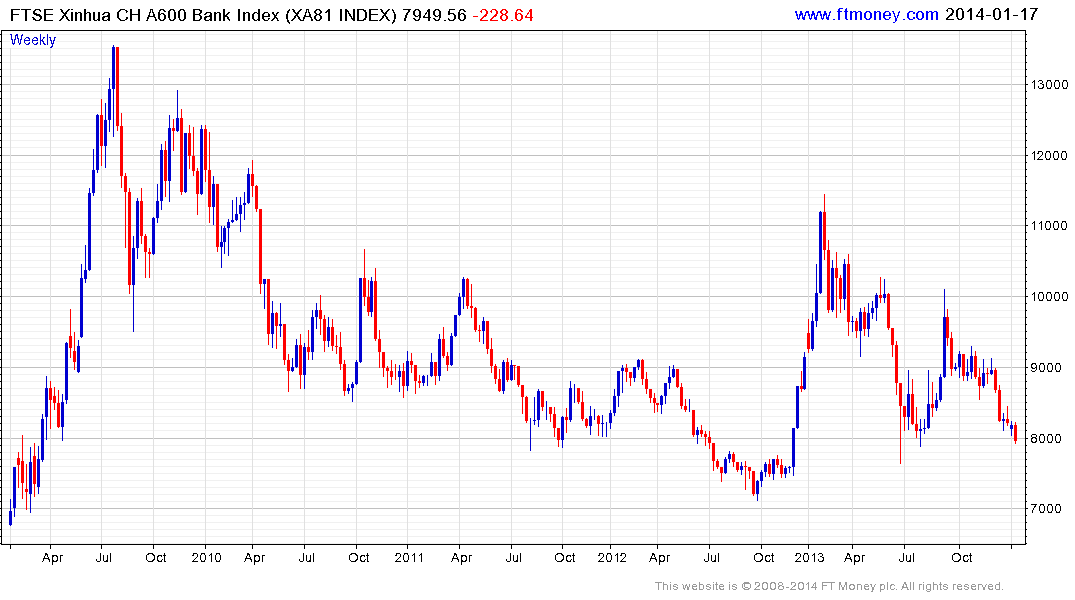 The FTSE/Xinhua A600 Banks Index continues to extend its four-month decline as its tests the 2012 and 2013 lows. A break in the four-month progression of lower rally highs will be required to begin to suggest a return to demand dominance.