Ibovespa, Real Surge on Speculation Levy to Be New Finance Chief
Comment of the Day

Levy, who is head of Bradesco Asset Management Ltd., was treasury secretary from 2003 to 2006 under President Dilma Rousseff’s predecessor, Luiz Inacio Lula da Silva. He will replace Guido Mantega, Brazil’s longest-serving finance minister, Folha de S.Paulo newspaper reported in its online edition. The president’s press office said Rousseff won’t announce cabinet changes today.
“Levy is investors’ favorite name for the finance ministry because he is very close to the markets,” Jason Vieira, an economist at consulting firm MoneYou, said in a telephone interview from Sao Paulo.  “He is also known as a good manager for what he did at the Treasury.”

Dilma Rousseff acknowledged the failure of her last administration in her acceptance speech but the market will need to see evidence of real change before giving Brazil the benefit of the doubt once more. Appointing a finance minister who understands the market is a positive development. 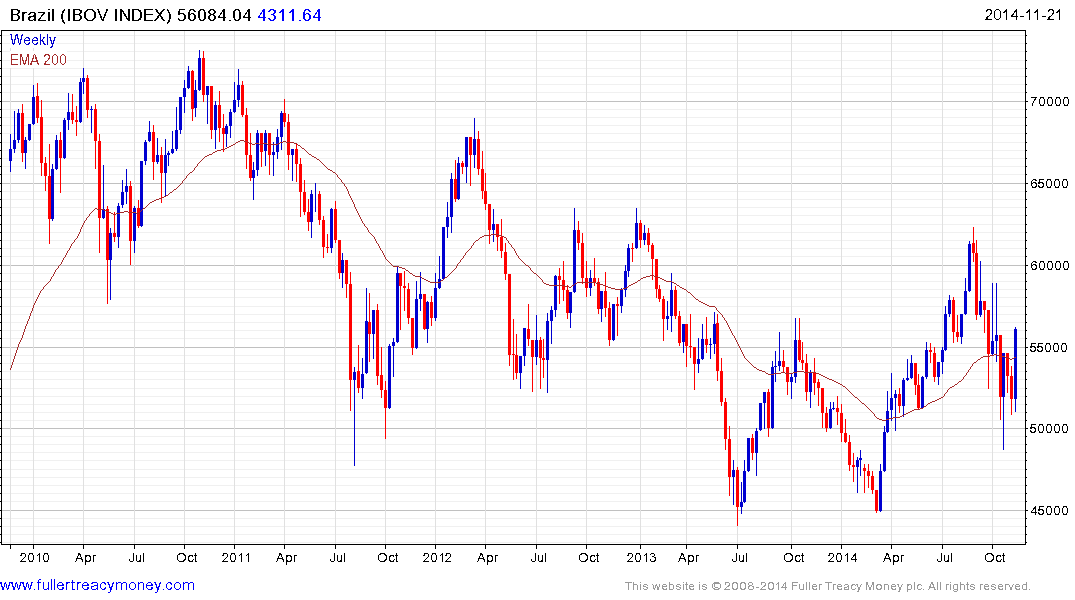 The Ibovespa found support in the region of 50,000 from mid-October and today’s rally breaks the four-month progression of lower rally highs. Taking a broader perspective, this is no longer a consistent trend. Volatility has increased substantially and while there is scope for an additional improvement, a sustained move above 60,000 will be required to confirm a return to demand dominance beyond the short term. 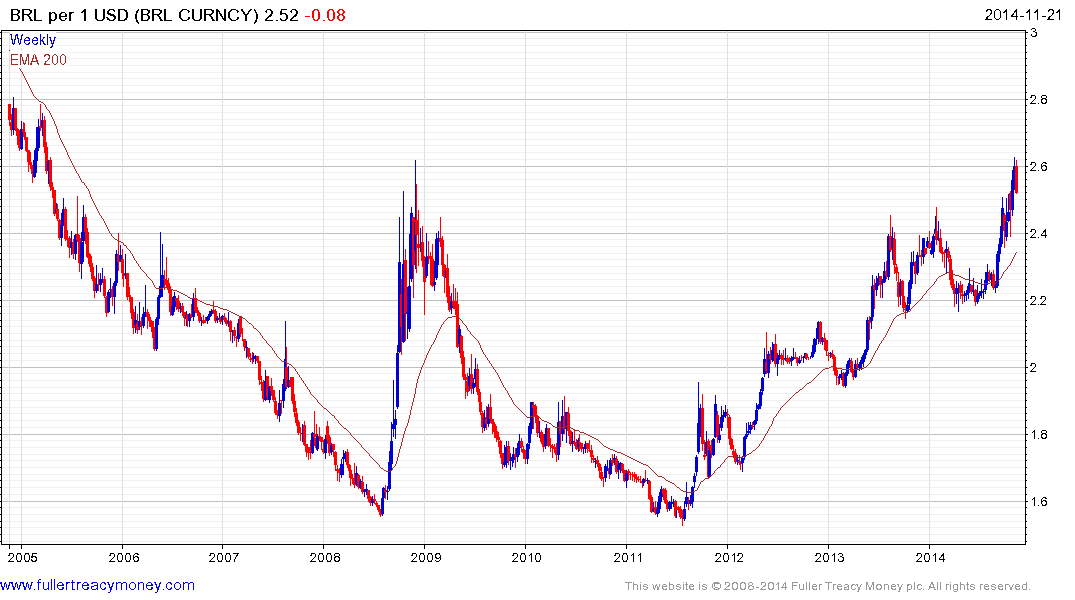 The Dollar encountered resistance today in the region of its 2008 peak and a clear upward dynamic would be required to question potential for a reversion towards the mean.