IBM unleashes the Eagle, the world's most powerful quantum processor
Comment of the Day

IBM unleashes the Eagle, the world's most powerful quantum processor by Eoin Treacy

With its 127 qubits, IBM says that Eagle is the company’s first processor with power beyond the reach of traditional supercomputers, a milestone often called quantum advantage. It estimates that recreating one of the Eagle’s states on a regular computer would require more classical bits than there are total atoms in every single person on Earth.

However IBM isn’t the first to reach quantum advantage. Google claimed it back in 2019 with its 53-qubit Sycamore processor, but IBM clapped back saying that with better classical algorithms the same job could be done on existing supercomputers in a matter of days – hardly unreachable. Nevertheless, the first-generation Jiuzhang demonstrated the quantum advantage last year, conducting a certain calculation in a few minutes that would take a classical supercomputer 2.5 billion years.

Eagle is now available on the IBM Cloud to some members of the IBM Quantum Network. The company has already outlined its roadmap for future quantum processors, with plans to release the 433-qubit IBM Quantum Osprey next year, followed by the Quantum Condor in 2023, which will pack an astounding 1,121 qubits.

As I pointed out in yesterday’s subscriber’s video Rivian with no revenue has a higher valuation than Lucid Group, which just began delivering cars. In turn Lucid Group now has a higher valuation than Volkswagen which producers millions of vehicles a year. That’s a very roundabout way of saying that in this market promises are worth more than reality.

I find it humorously ironic that Scottish & Southern Energy (SSE) is the subject of activist investor interest. The company refused the overtures to create value by separating its regulated transmission activities from its investments in renewable energy. It’s not that it wouldn’t work but the suggestion is painfully out of sync with the market zeitgeist. It’s not imaginative enough. 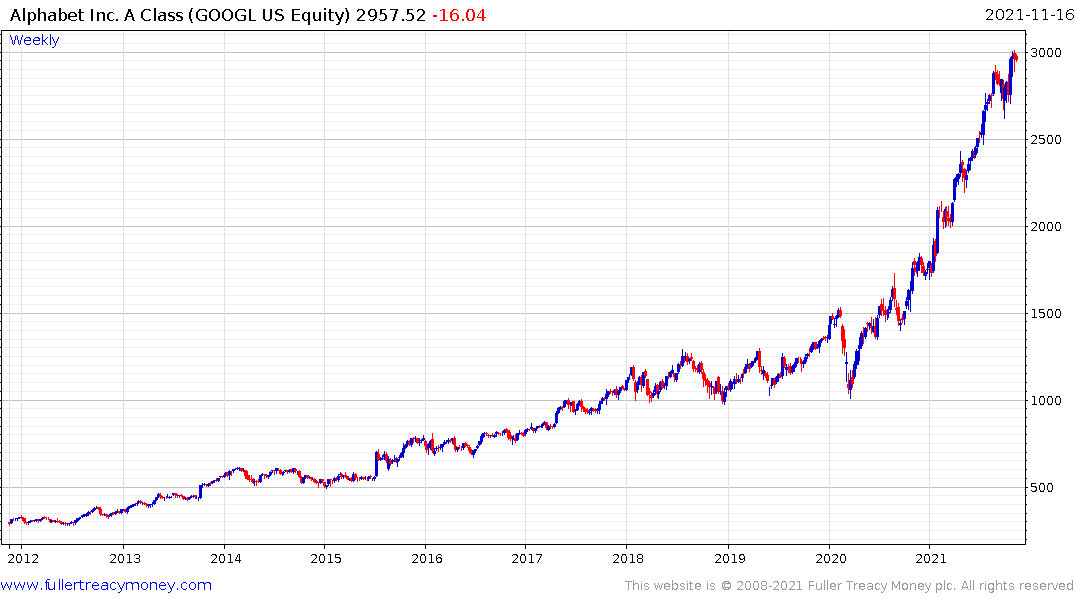 Google highlighted a couple of years ago that quantum computing represented exponential exponential growth. That means improvements occur as exponents rather than doubles. IBM has a product in the market and expects it to be 10 times more powerful within two years. That’s an incredibly compelling argument.

In today’s market IBM could probably sell a small minority exposure to that single idea and it would swell to exceed the entire market cap of the company within days. That fiery pace of valuation expansion helps to highlight both the frothy and optimistic nature of today’s market but also the pedestrian approach to monetizing value at IBM.

The company has been at the forefront of innovation for decades but failed to monetise it; instead focusing on buying back shares. The long-term aim is to become a services-based business and quantum computing is a central part of that strategy. The 350,000 strong headcount is a legacy of the server/mainframe business and has proved difficult to shed. 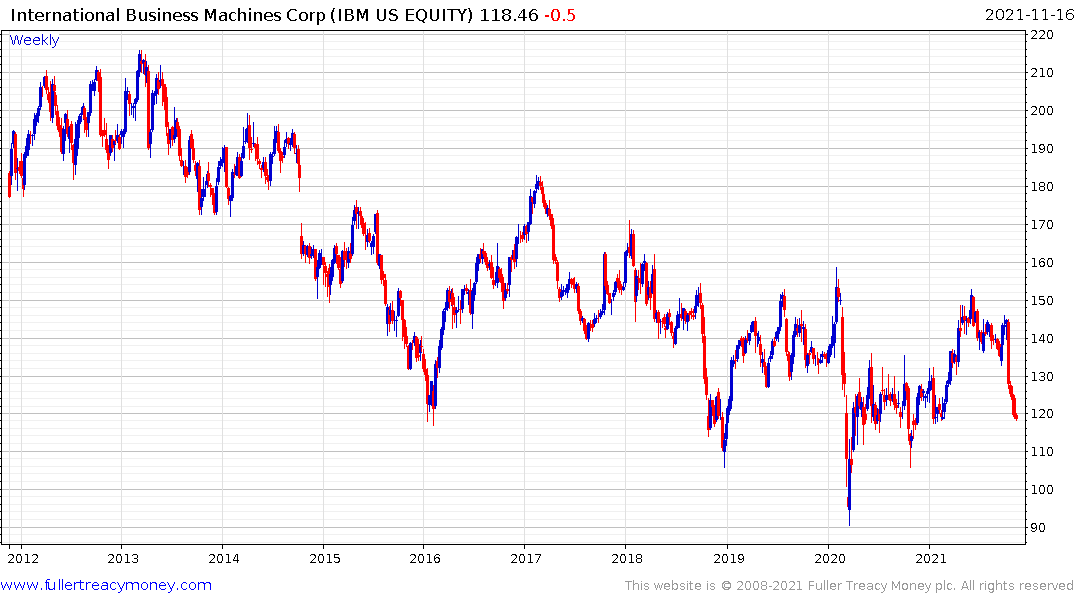