A Major Shipping Change Is Coming, and So Are Higher Fuel Prices
Comment of the Day

A Major Shipping Change Is Coming, and So Are Higher Fuel Prices by Eoin Treacy

Some shipowners installed scrubbers, units that can cost several million dollars each and allow carriers to remove sulfur from fuel as it’s burnt. This enables them to keep using today’s cheaper product. Likewise, refineries have invested in technology to convert sulfur-rich crude into higher-quality fuels.

For compliant companies, cheating by others is a problem. Yet there could be non-compliance, at least initially. Industry estimates are that something like 10%-15% of the fleet won’t comply with the rules at the start.

Not every country in the world signed up to the regulations, including some large coastal states with significant refining capacity. Even among those that did, not all look likely to start with strict enforcement. There’s also a disparity between what penalties will be imposed from one nation to the next.

South Africa, which sits on a shipping lane connecting eastern and western hemispheres, doesn’t yet have the domestic laws in place to punish non-compliant vessels. The United Arab Emirates, a vital refueling hub in the Middle East, has pledged to avoid draconian enforcement.

The risk of noncompliance, the difficulty in enforcement, the expense of retrofitting aging vessels and supplying new distillates suggest there is clear potential for the IMO2020 rules to represent a period of volatility over the coming months. It is going to take time for the new system to bed down and for companies to see the reality of the sector following the change. 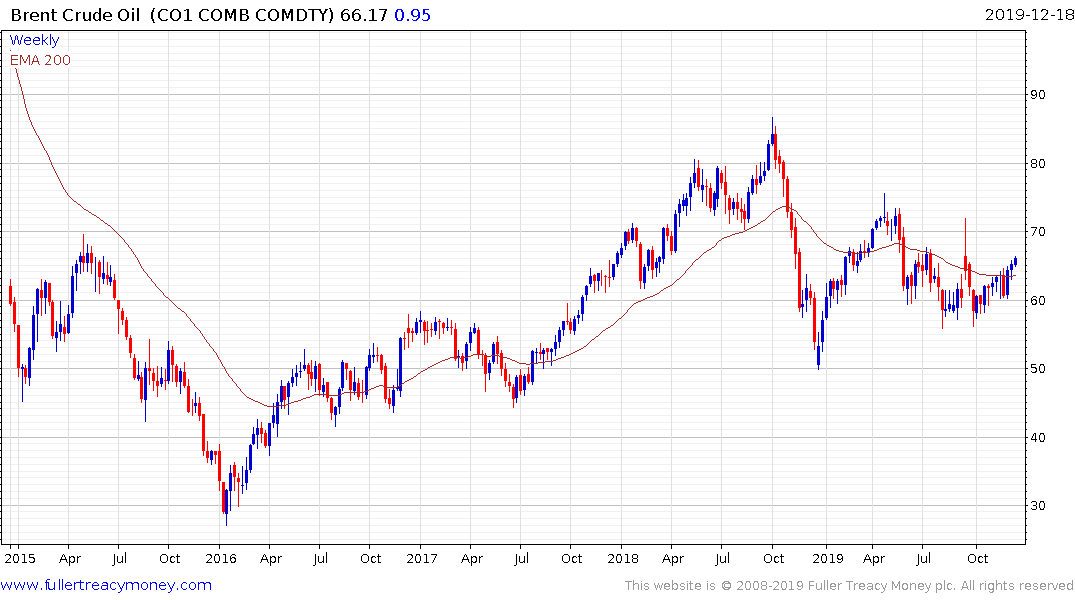 Brent Crude Oil continues to hold the move above the psychological $65 area and has held an upward bias over the last few months. There are a good many competing narratives on which direction the price should be trading. I continue to think that the price is locked in a wide range between about $40 and $80 and is currently on an upward trajectory towards the upper boundary. The big questions about the persistence of the move will come when future supply, from expensive unconventional sources can be hedged at economic levels which is virtually assured above $80. 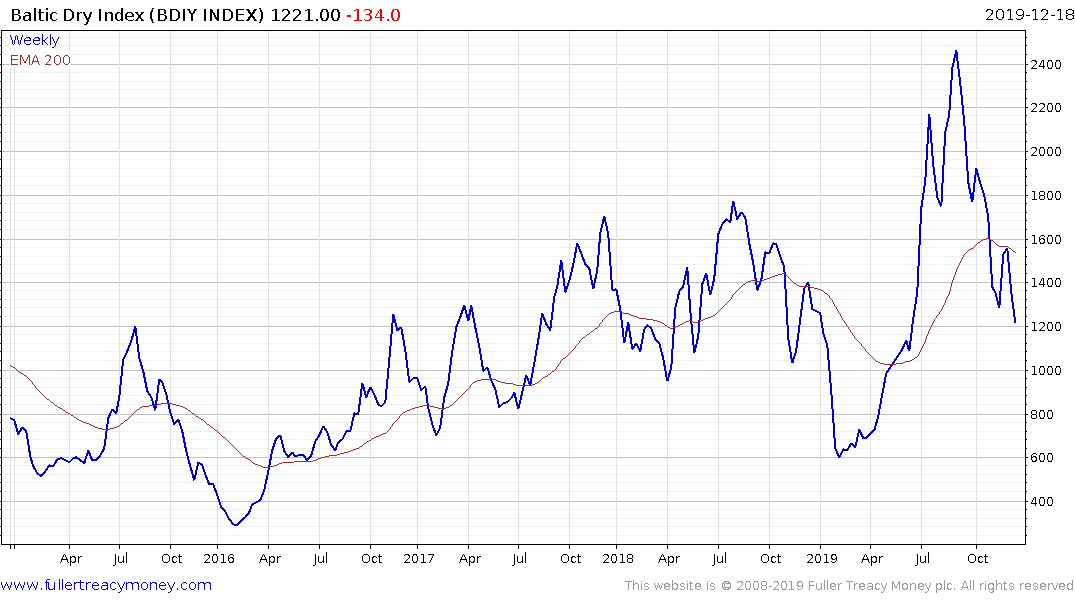 The Baltic Dry Index dropped to a new reaction low today which damages the support building argument. A sustained move back above 1500 will be required to question the downward bias. The weakness in the Index suggests that some of the worries about the outlook for IMO2020 have already been priced in.