Blackstone’s private equity funds have now invested a total of $3.5 billion in India. The firm is planning to add another $2 billion of such investments in the country over the next five years, Dixit said.

Its Tactical Opportunities fund acquired a stake last year in an Indian asset reconstruction company that buys bad loans. Blackstone is also looking at insolvent firms put up for sale under the new bankruptcy law that took effect in December 2016, he said.

At the turn of the century, many Indian industries weren’t fully open to foreign investment, and family-run businesses were wary of ceding control. Private equity has now become a “very important” source of funding for Indian companies’ growth, according to Sunil Sanghai, founder of NovaDhruva Capital Pvt. Blackstone has been successful in aligning its interests with portfolio company executives as well as finding the right time to sell, he said.

“In the past few years, the investment climate has certainly undergone a positive change,” Sanghai said. “The private equity firms have also matured: they have seen a couple of investing cycles, and they now have experience with Indian companies and Indian management.”

With a well-developed domestic consumer market and the pace of digitization increasing India’s financial, consumer and health care sectors remains on secular uptrend trends of expansion.

From an international investor’s perspective slowing inflation figures are an important arbiter of whether and how much to invest since the ability to participate in the country’s growth is tied to the stability of the currency and erosion from price prices. Today’s news that inflation fell for a second consecutive month was therefore taken as good news. 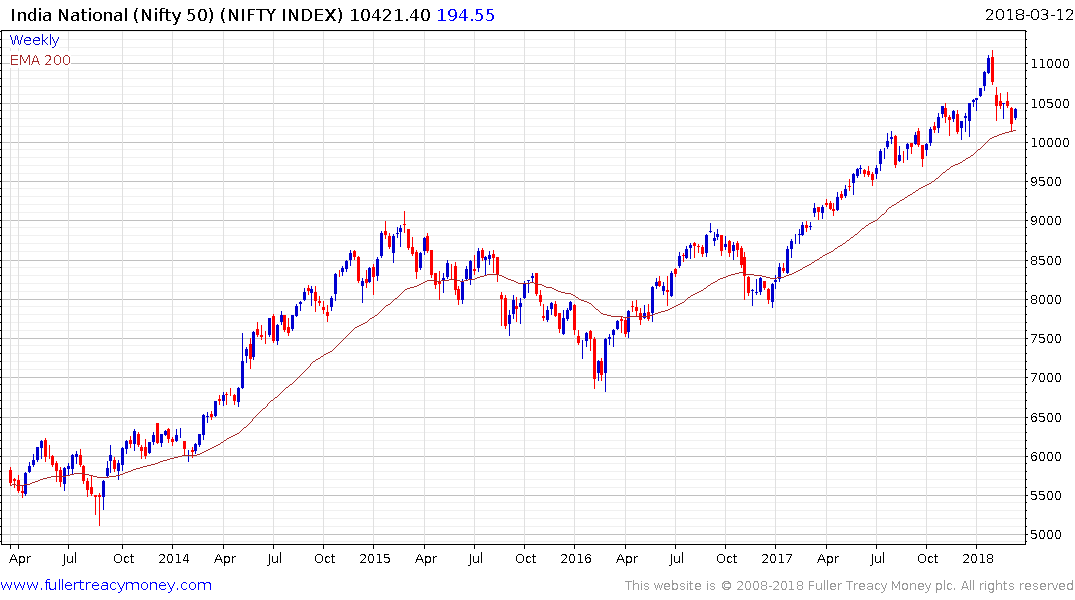 The Nifty Index tested the region of the trend mean on Friday and bounced today to confirm at least near-term low. There is scope for some additional consolidation around the psychological 10000 level but so long as this area holds we can continue to conclude the Indian market remains in a medium-term bull market. 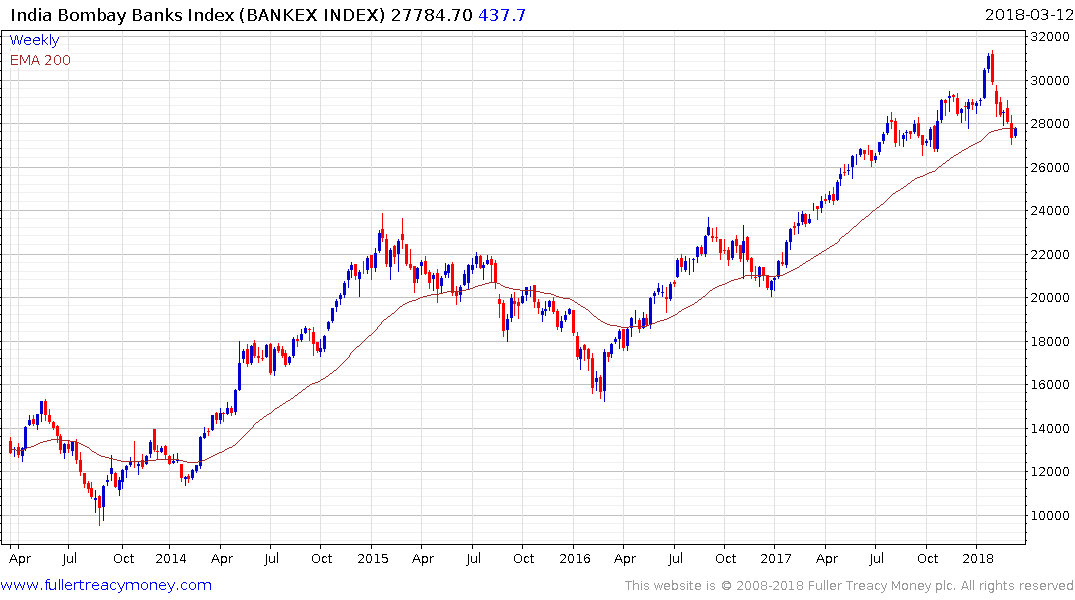 Encouragingly the Bombay Banks Index is now also bouncing from the region of its trend mean but it will need to hold last week’s lows to confirm a return to demand dominance.