What to do with China: Stay the course, but get more local. There are many reasons to worry about deploying capital in China these days. Geopolitical noise is high, with the recent intentional China currency weakening, the U.S. selling military equipment to Taiwan and Hong Kong poised to celebrate China National Day on October 1, 2019, more bumps in the road likely lie ahead. Moreover, the economy is now also clearly feeling the adverse impact of a decade-long debt stimulus program, and we believe that disinflationary forces are likely to keep a lid on pricing power. Finally, the ability to realize capital gains is becoming tougher as pulling capital out of China is now more difficult and/or seeking liquidity through the U.S. IPO market is likely to become more constrained.

However, China remains a core market where investors need to be active locally for several reasons. For starters, the shift we are seeing in technology – and the delivery of goods and services related to technology – is unlike anything else we see in any other market in the world. As such, we all need to learn more about and invest meaningfully behind these changes. In addition, given the rise of the Chinese millennial, we think that there is considerable money to be made as these 330 million individuals come of age.

Investors also need to work harder to better understand the rules of engagement to ensure that they are backing initiatives that do not conflict with the government’s agenda. Doing so will create significant opportunity because China still needs an increase in GDP-per capita to meet its stated 2020 goal of doubling total GDP since 2010. In our opinion, healthcare, food safety, travel, leisure, and wellness are all areas of significant investment potential, as they represent areas where the government wants and needs private sector support to continue to improve the quality of life for its population of approximately 1.4 billion.

Finally, given the uncertainty, we think that the opportunity to buy complexity at a discount is significant. Beyond just acquiring positions through the public markets (which is becoming a more relevant opportunity set for PE firms), our conversations in Beijing with senior executives lead us to believe that there is a forthcoming wave of deconglomeratization in China that could soon rival what we are seeing in Japan these days. Simply stated, multinationals are increasingly of the mindset that doing business in China as a foreigner is getting tougher, not easier. If we are even partially right, this opportunity could be quite meaningful to KKR’s Private Equity, Real Estate, Credit, and Infrastructure franchises over the next five to seven years, we believe.

Private equity investors continue to salivate over the opportunities in China where there is a clear effort to become the world’s leader in new technology areas at just the same time that the USA is looking to combat the rise of its own technology sector. The question everyone has to wrestle with is the likelihood of being able to realise profits at some stage in future. That might be easier for private equity investors than public market investors but it is an important question nonetheless.

If, as McVey contends, a modern-day equivalent of a Berlin Wall is arising between China and the USA one has to question how welcome private capital is going to be in China or perhaps more importantly how exits are going to be engineered. An increasingly tense geopolitical environment also raises questions about the ability of Chinese companies to expand internationally. 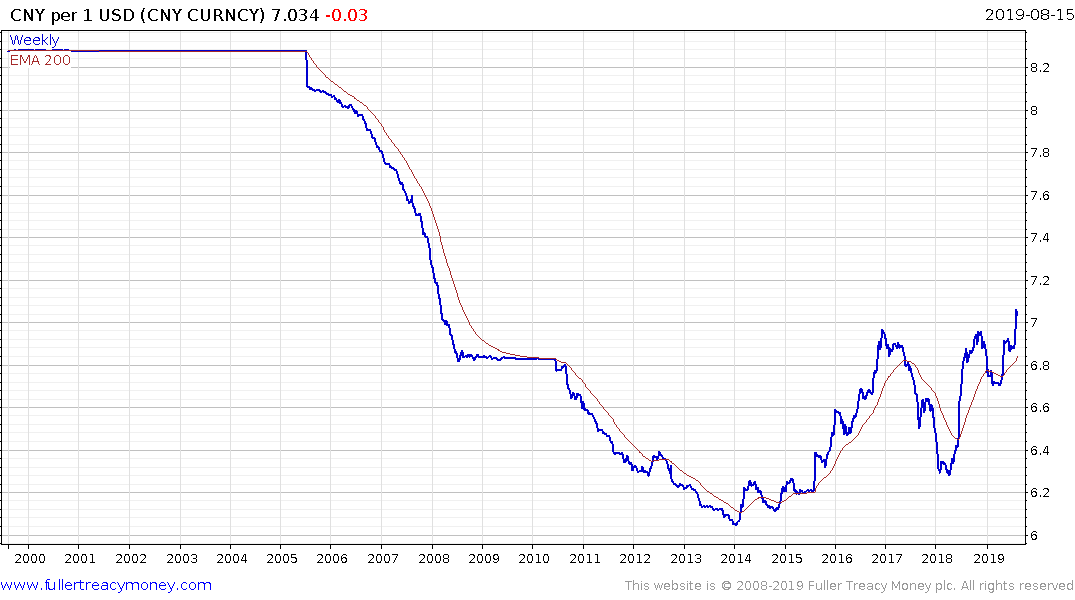 In the meantime, the Chinese administration has a clear intention to continue to use the Renminbi has a tool to cushion the ill-effects of the trade war on the economy. It is unlikely we are going to see it trade stronger than CNY7 any time soon.