While the U.S. President Donald Trump’s speech Friday was heated in rhetoric, it lacked specifics around measures that would directly impact the city. He announced the U.S. would begin the process of stripping some of Hong Kong’s privileged trade status without detailing how quickly any changes would take effect and how many exemptions would apply.

“Trump’s comments gave no immediate measures on Hong Kong and leave room for negotiations with Beijing,” said Castor Pang, head of research at Core Pacific-Yamaichi International. “Trump’s comments have eased investors’ concern about the impact of potential sanctions on the Hong Kong economy.”

With significant domestic challenges the Trump administration has probably concluded that now is not the best time to escalate tensions with China to the point where they are irredeemable. That has helped to support the Chinese markets. 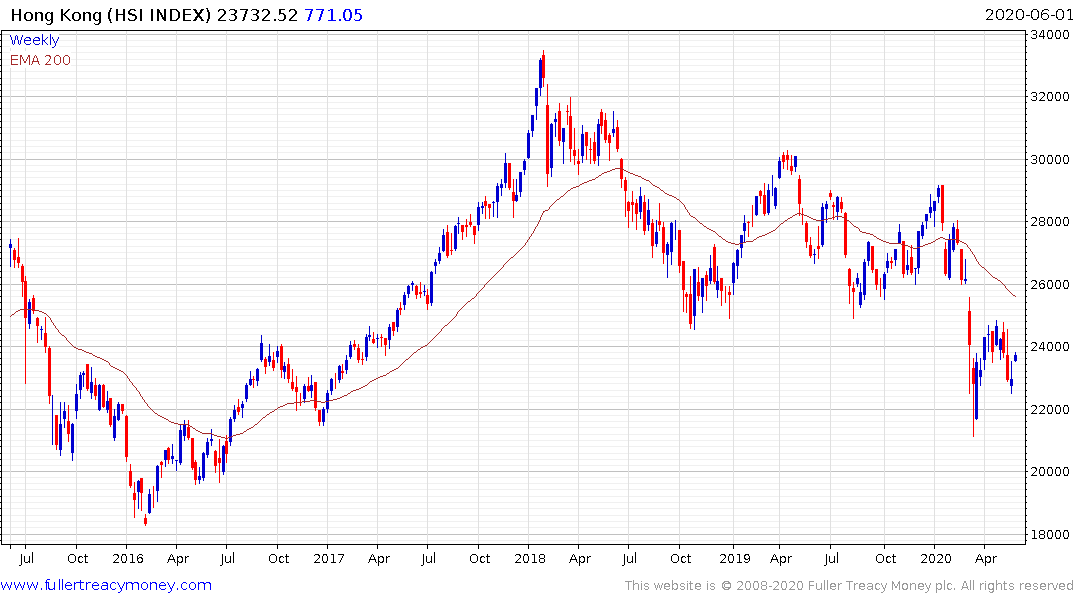 The Hang Seng has now posted its first higher reaction low and a sustained move below 22,500 would be required to question current scope for additional higher to lateral ranging. 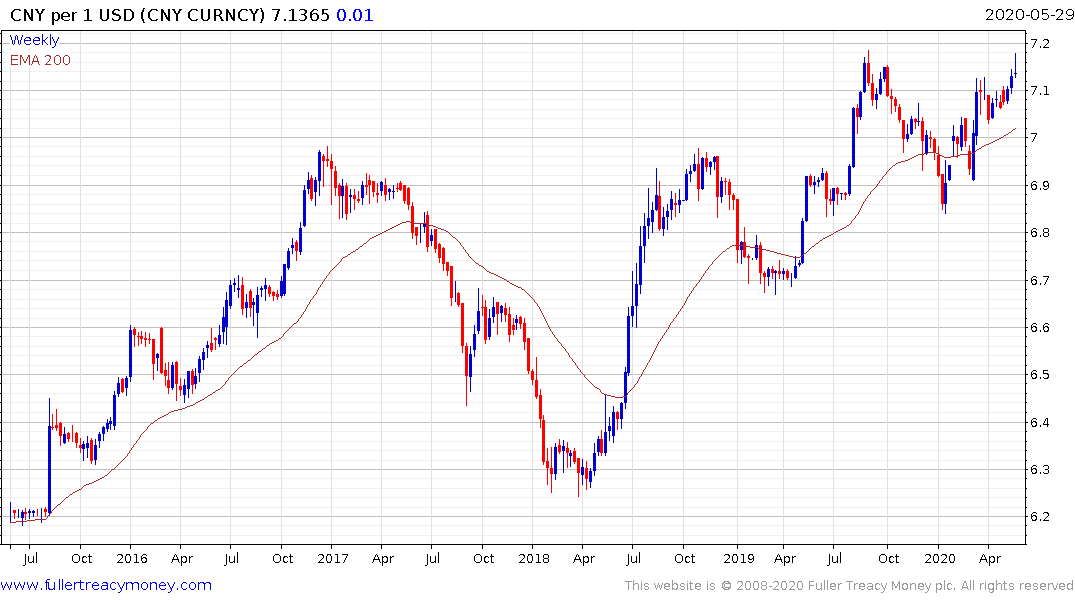 The Chinese have, however, stopped purchasing US farm products which is a signal they are willing to use the trade agreement as a political tool. The Renminbi steadied today but the scope for further strengthening is limited. 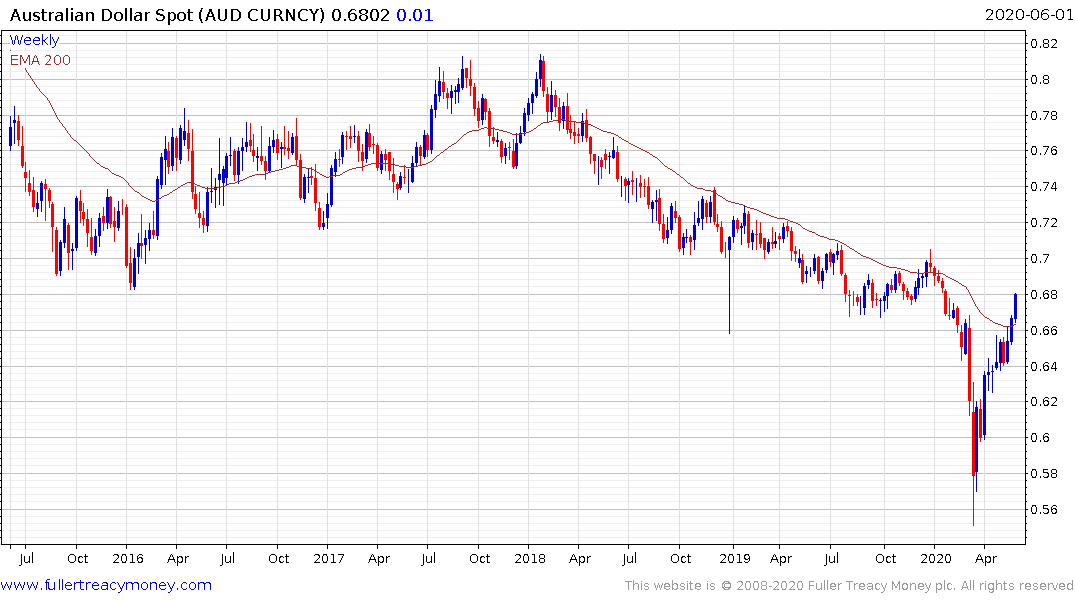 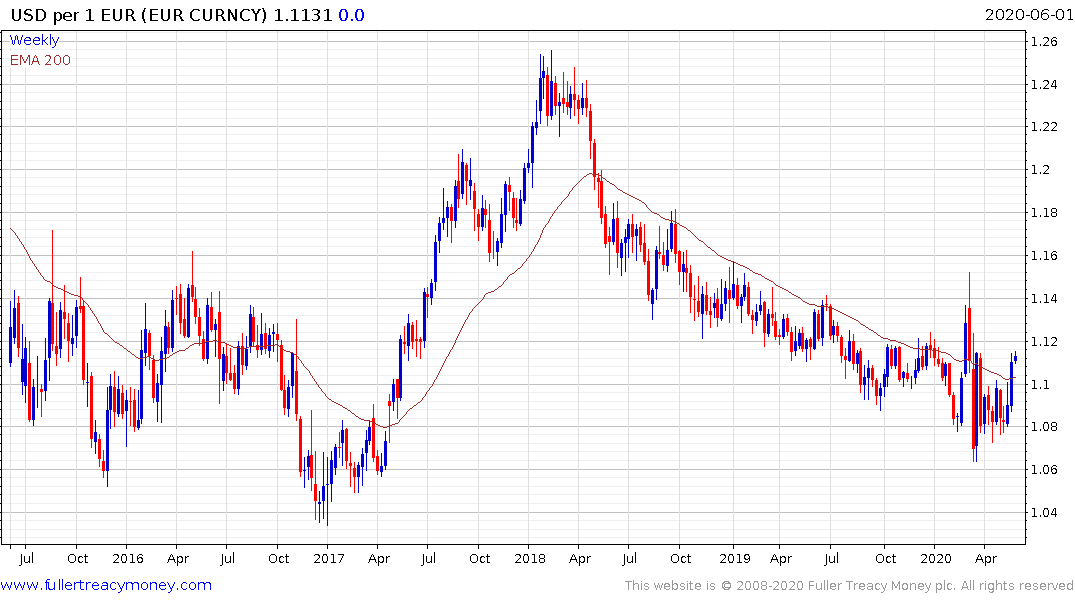 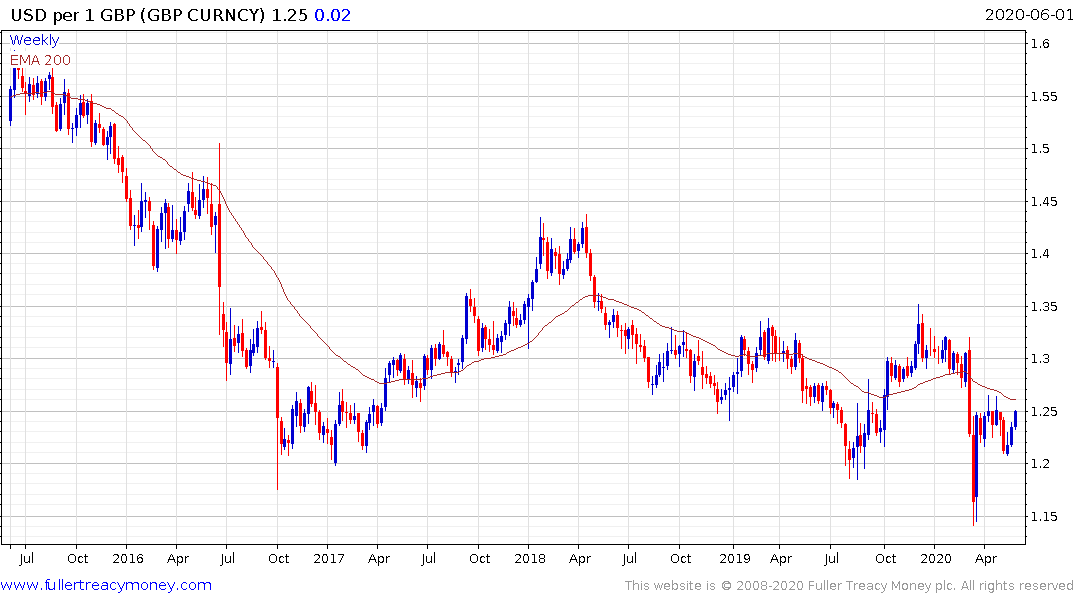 The Dollar’s weakness is much broader topic and it is breaking its uptrend against a wide number of other currencies. That is particularly true of commodity producers, the Euro where the potential for debt sharing is being priced in and the Pound.