“Hong Kong should be able to continue to enjoy the freedom of speech, freedom of press, of publications, protest, assembly and so on,” Chief Executive Carrie Lam told reporters after it took effect, adding international agreements on civil rights allowed restrictions to ensure national security. “Where it is for the protection of national security, then sometimes some of these rights could be restrained in accordance with the law.”

The Hong Kong Bar Association said this week it was “gravely concerned” about the law and its broadly defined criminal offenses.

“These are widely drawn and absent a clear and comprehensive array of publicly accessible guidelines and basic safeguards as to legal certainty and fair treatment, are capable of being applied in a manner that is arbitrary, and that disproportionately interferes with fundamental rights,” the group said in a statement. “Lawyers, judges, police and Hong Kong residents were given no opportunity to familiarize themselves with the contents of the new law, including the serious criminal offenses it creates before it came into force.”

China’s nine dashed line in the South China Sea, border clashes with India, overriding of the Hong Kong handover agreement and increasingly strident statements towards reuniting with Taiwan, all points towards an expansionist foreign policy.

One way of looking at this trend is to think of it as a natural result of China’s growth and increasingly large global economic footprint. Another is that it is the first step of an expansionist national socialist regime equivalent to annexation of the Sudetenland. 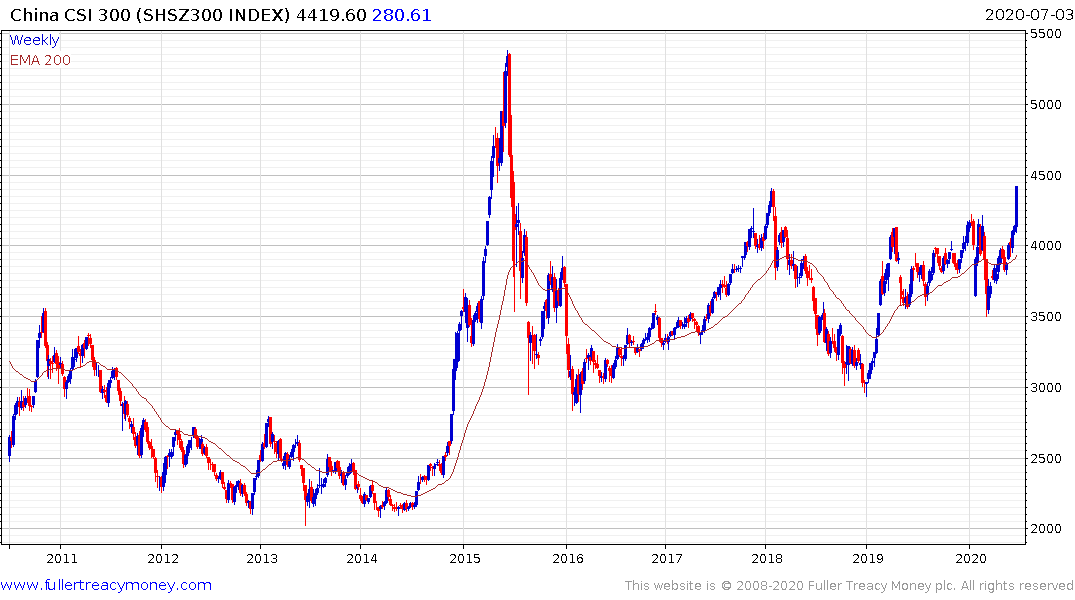 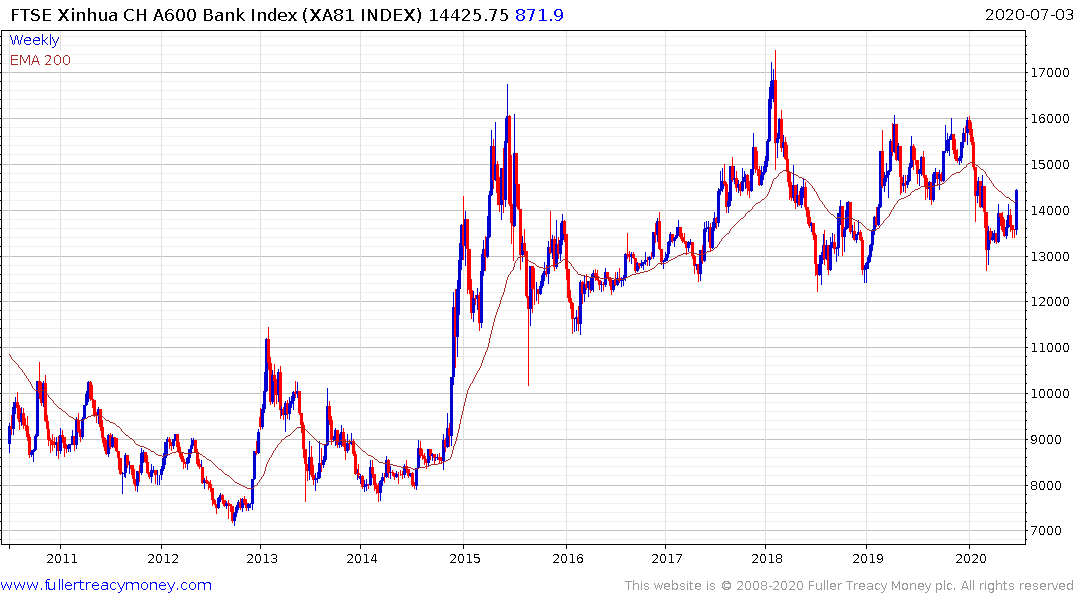 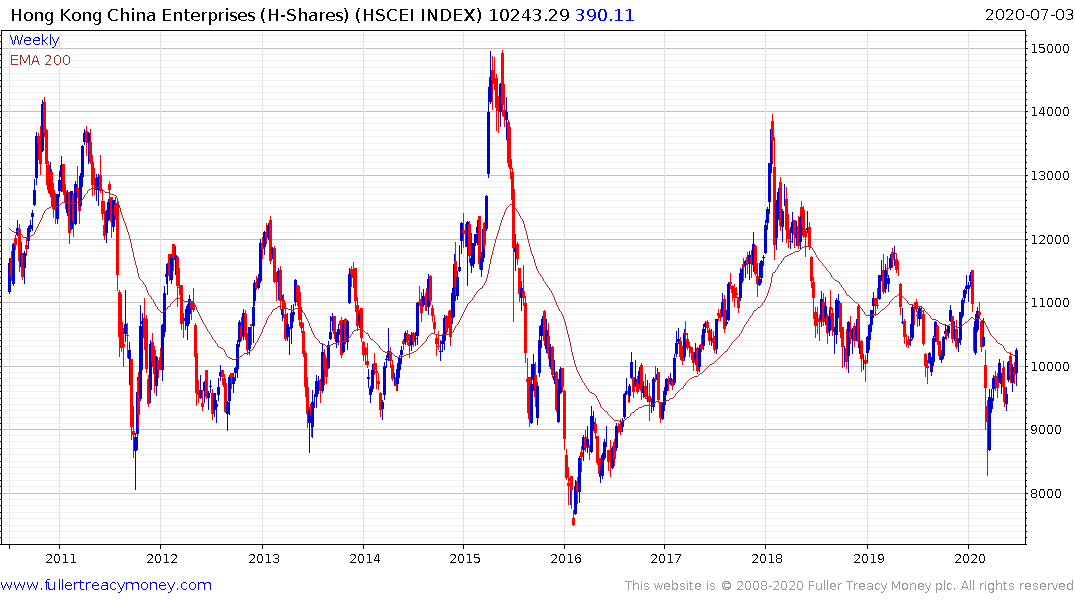 In order to smooth over the trampling of individual freedoms in Hong Kong, China is pouring money into the financial system. The mainland and Hong Kong stock markets both rallied impressively to new recovery highs over the last couple of days.