"We continue to remain positive on the outlook of the housing industry in general," CEO Stuart Miller said in prepared remarks. "Although interest rates have ticked up, unemployment remains low, the labor participation rate has been increasing, and wages have been moving modestly higher, though we think, even higher than the data the government captures. Feedback from our new home consultants indicates that our customer base feels confident in both job security and compensation levels in spite of the political noise that abounds."

This attestation from the CEO of a homebuilder that he is seeing strong consumer confidence gels with the results of what we refer to in our home as the Treacy indicator.

Mrs.Treacy’s online businesses (Amazon, eBbay, Walmart, Etsy and Shopify stores) have all popped on the upside since the tax cut was announced, with no additional items being added to the product line. That suggests people are spending the tax cuts before they in fact see evidence of them in their paychecks. 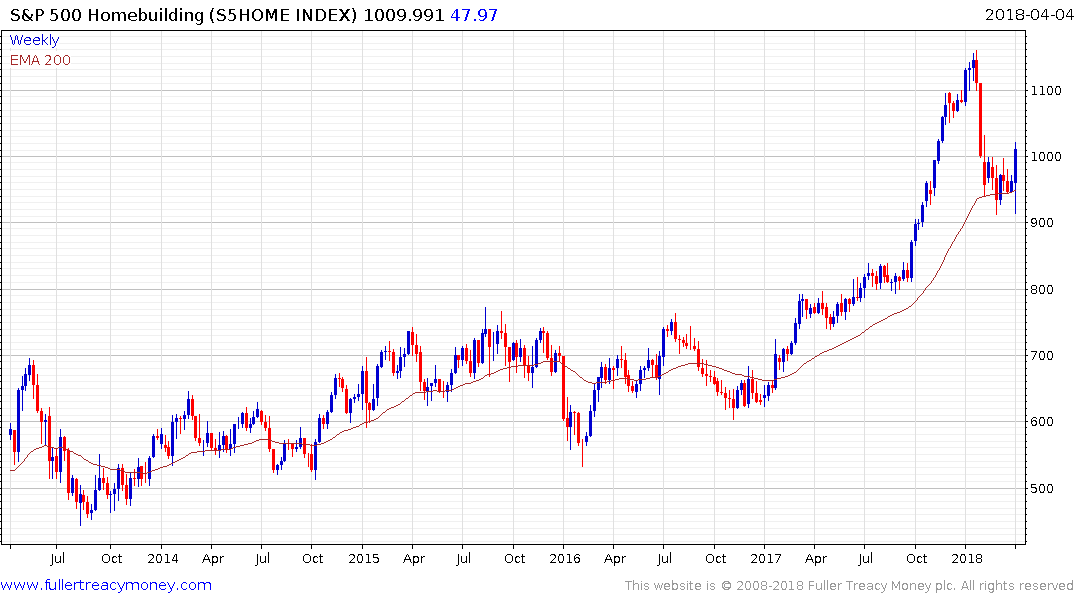 The S&P500 Homebuilders Index bounced emphatically from the region of the trend mean today and a sustained move below that level would be required to question medium-term scope for additional upside. 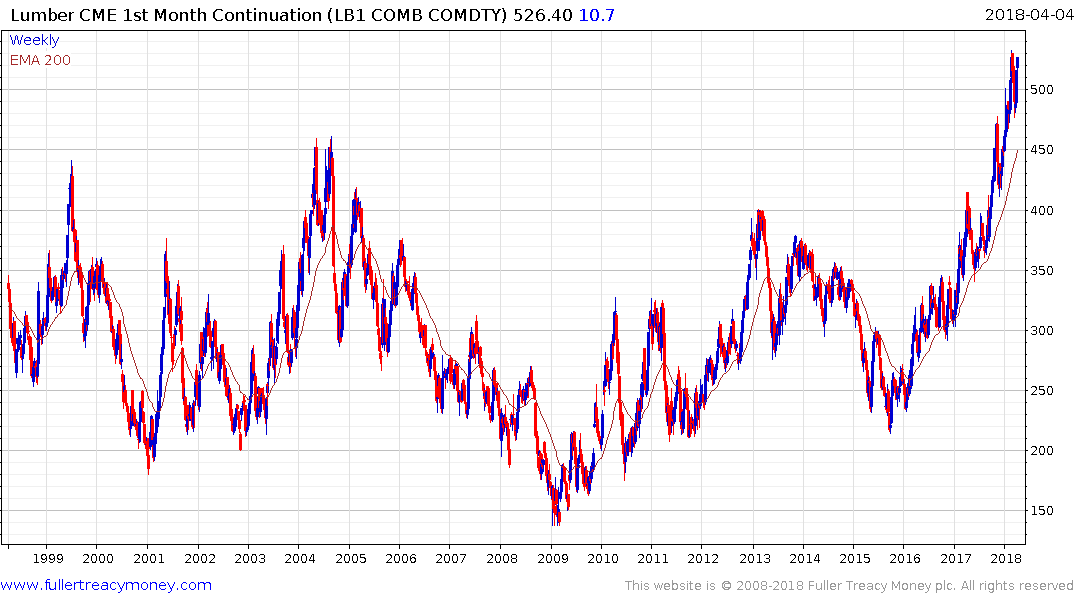 The lumber price, which represents a major input cost for construction, was limit-up today as it continues to hold the breakout from a 25-year range.