On a call with reporters, Hermès executive chairman Axel Dumas dismissed fears about a slowdown in China, which analysts and investors are concerned may come from a trade war with the US. “We are still strong all across the board in China,” said Mr Dumas. “We don’t see any change of pace at this stage.” Comparing the slightly slower third-quarter performance of Asia-Pacific to the overall figures for the region in the first nine months of the year, he said that “the differences for me are not material.”

Earlier this month luxury rival LVMH said that Chinese border authorities are stepping up searches on travellers, looking for luxury items brought back from cities like London and Paris. Mr Dumas said he believes that fluctuations in the euro have a greater impact on Chinese tourists shopping in Europe than fears about tighter border controls.

This month Hermès followed in the footsteps of Louis Vuitton and Gucci by launching its own ecommerce website in China, as the group seeks to increase its exposure to the world’s largest and fastest-growing market for luxury sales.

It is interesting that the company has reported it is seeing now lack of demand for its products in China but the price fell anyway. That is a clear example of the market being a discounting mechanism since what investors probably wanted to hear was that demand was growing strongly. 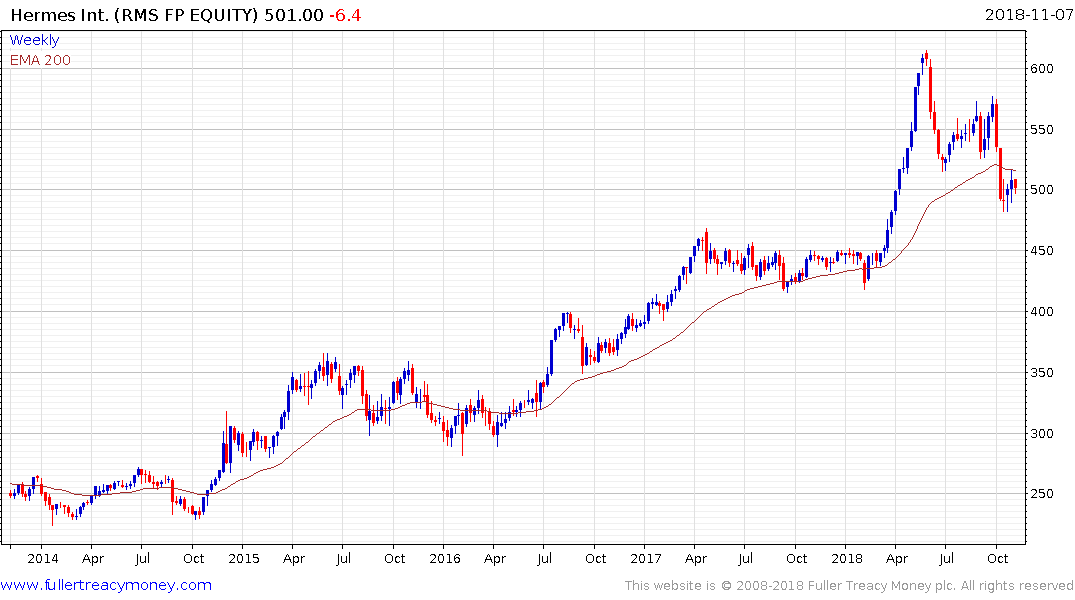 Hermes accelerated to its peak near €600, pulled back to form a range below the peak and then dropped lower again in October. It has now traded below the trend mean for longer than at any time since early 2016 and a sustained move above it would be required to question supply dominance. 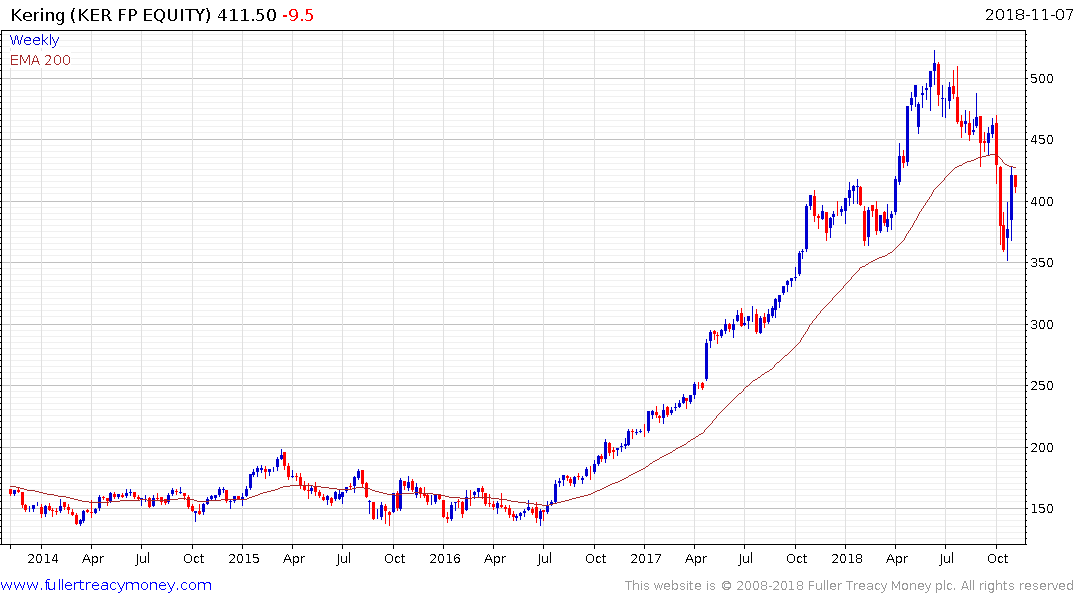 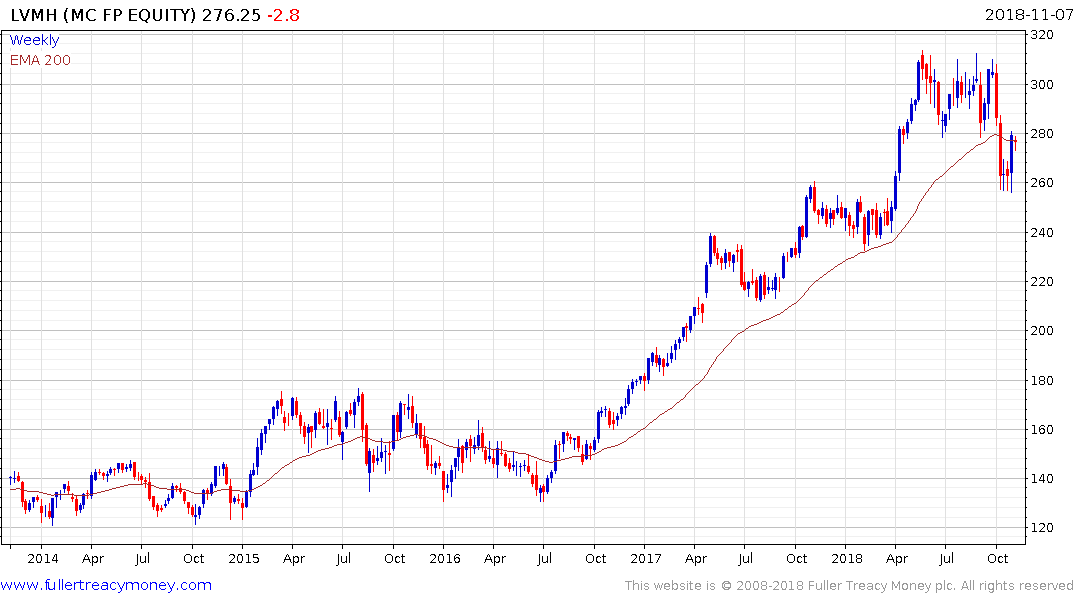 Luxury brands like Kering and LVMH are all testing their respective trend means and will need to sustain moves above them to begin to signal a return to demand dominance.