The Sub’s upscale design plays into the growing trend of more refined at-home drinking -- fancy cocktails, fine wine, craft beer -- which “communicates a certain status” among consumers, said Ben Voyer, a social psychologist at the ESCP Europe Business School. While mainstream beer volumes are falling, sales of premium-priced beers such as Heineken’s Affligem and the tequila-flavored Desperados are on the rise. In Italy, half of all Torps sold are Affligem, an ale started at a Belgian abbey founded in 1074.

Heineken fell 0.6 percent to 61.12 euros at 1:23 p.m. in Amsterdam. Even for the man who has everything, though, the Sub is “ridiculously” expensive, said Euromonitor analyst Spiros Malandrakis, who predicts it will fail unless Heineken licenses its technology to other brewers to widen the selection of brands. That strategy helped make Keurig Green Mountain Inc.’s coffee machines ubiquitous in American kitchens.

That won’t happen with the Sub, however, according to Nasard. “We’re not a service provider.” Instead, Heineken -- which has introduced a cheaper $235 plastic version of its machine -- plans to keep this Christmas gift in the family.

Most people who own a capsule coffee machine will testify that consumption and expenditure rise while tolerance for lower quality products such as instant decreases. That’s music to the ears of companies such as Nestle and it is inevitable that others seek to adopt a similar high profile business plan for their products. It remains open to question whether Heineken will succeed with its Torps but the innovation is admirable. 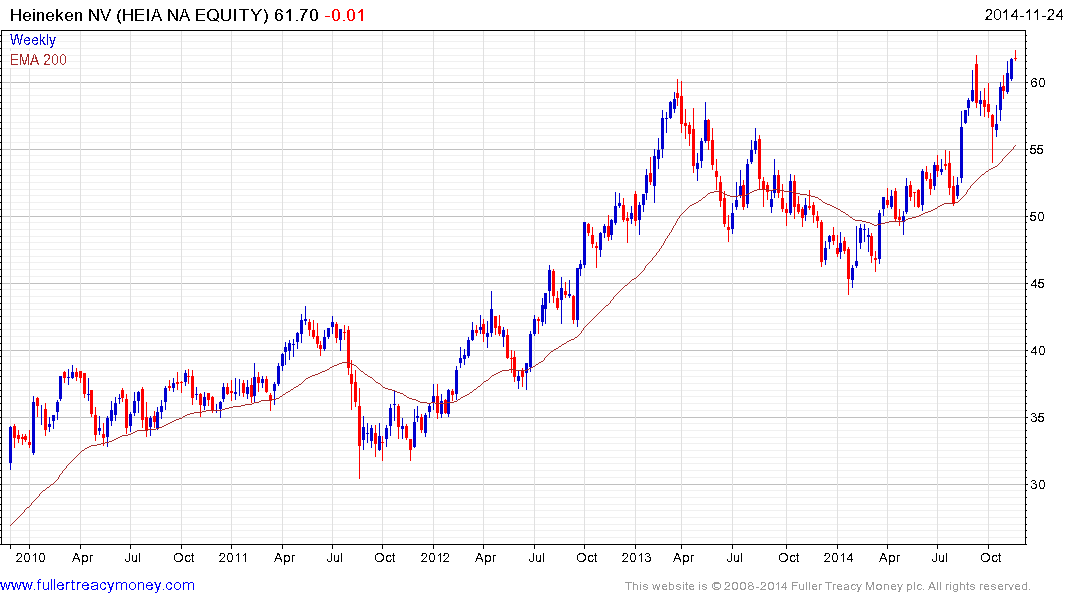 The share hit a new closing high last week and some consolidation of recent powerful gains is looking increasingly likely. A sustained move below the 200-day MA would be required to question medium-term scope for additional upside. 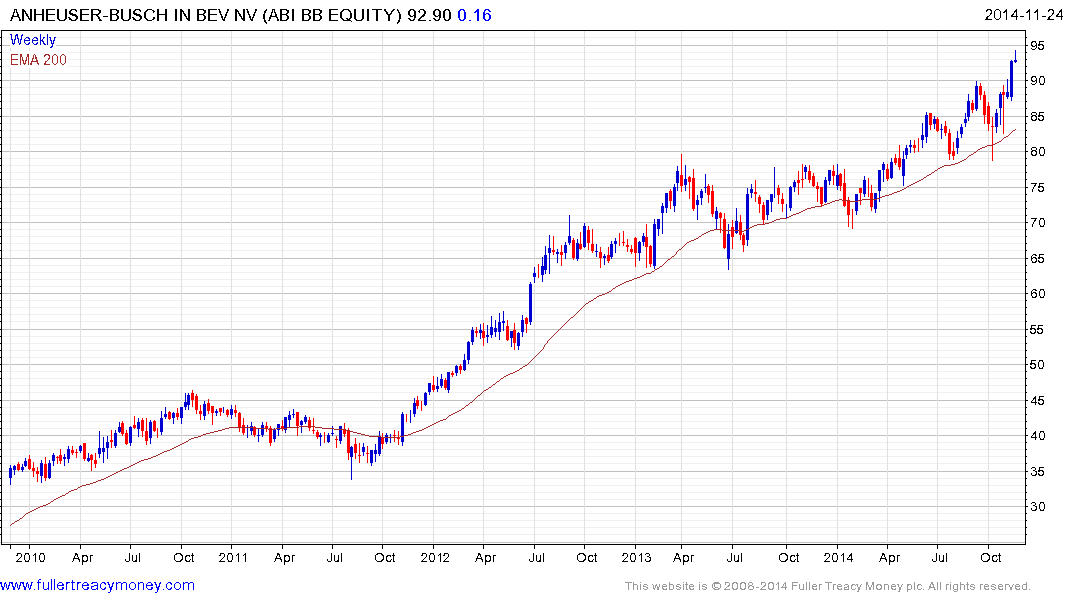 Heineken may be outperforming but the wider brewing sector appears to have regained investor interest following what has been a difficult period. For example Anheuser-Busch InBev is also a little overextended in the short-term but has held a progression of higher reaction lows since 2011. 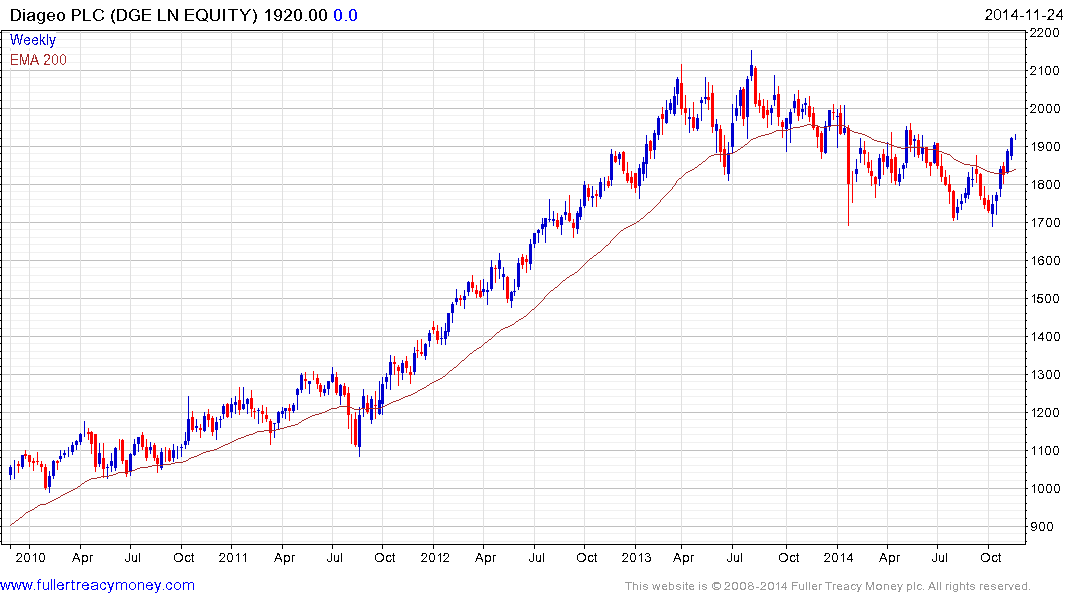 Diageo has rallied over the last two weeks to break a yearlong progression of lower rally highs.