Just as hedge funds pile into wagers betting on dollar-yen weakness, signs are emerging that the pair is poised for a resurgence in Japan’s new fiscal year.

The greenback’s failure to break below 104.50, seen by major Japanese banks as a key barrier amid a congestion of buy orders, is pointing to a potential bottom for the widely traded cross. That’s bad news for speculators that suddenly turned bearish for the first time in almost a year this month as an escalation in global trade tension and a domestic political scandal spurred demand for Japan’s haven currency.

The culmination of the country’s fiscal year this week -- which has historically capped dollar strength amid repatriation flows -- month-end fund rebalancing and easing trade tensions are creating the conditions for a dollar bounce against the yen, according to traders and strategists. The rebound looks to have already begun, with the pair climbing as high as 106.41 Wednesday as Japanese importers were seen selling the domestic currency.

“With Japan’s new fiscal year starting shortly, I expect a certain degree of yen selling flows to emerge,” said Tohru Sasaki, head of Japan markets research of JPMorgan Chase & Co. Flows related to the start of the fiscal year could push dollar- yen upward toward the 111 to 112 area, he added.

The Dollar has been among the weakest currencies in the world so far this year, amid widespread angst about the implications of fiscally profligate policy on the value of the currency. However, the USA is also raising interest rates and that interest rate differential is beginning to be meaningful, particularly as LIBOR rates for short-term paper advance.

The Dollar has held a progression of lower rally highs against the Yen since January and today’s upward dynamic is challenging that downtrend. Upside follow through tomorrow would confirm a low of more than short-term significance. 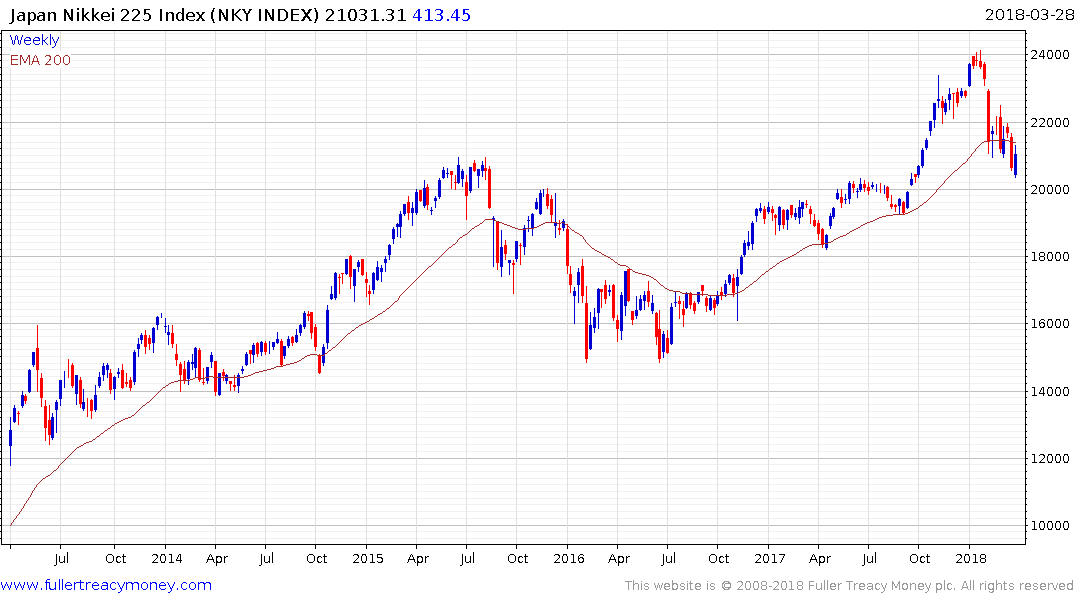 The Nikkei-225 has stabilized above the psychological 20,000 level and the prospect of additional Yen weakness is likely positive for nominal prices. 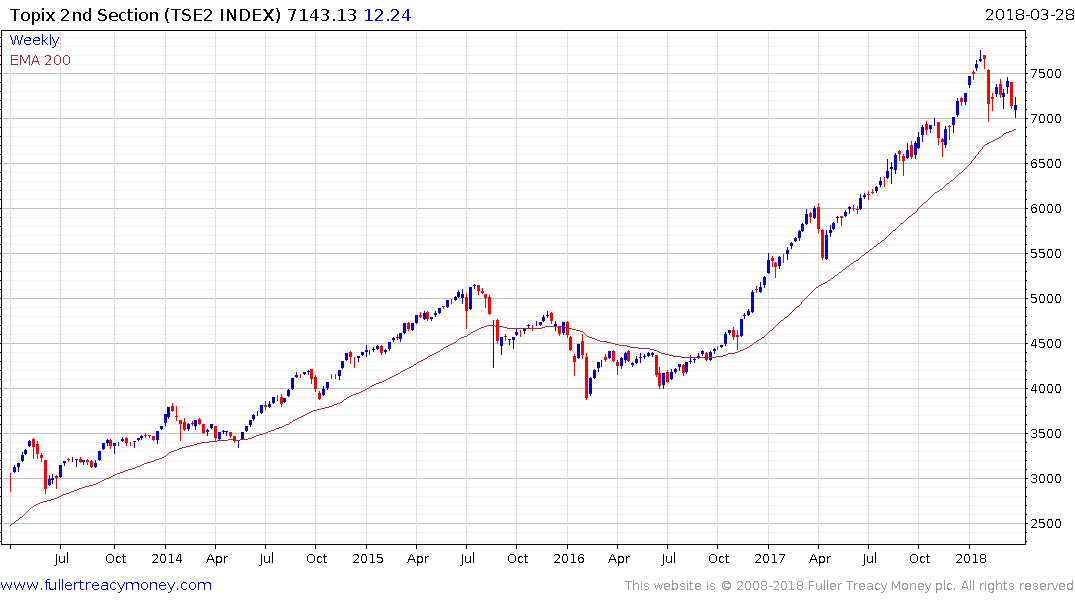 The Topix 2nd Section Index has almost completed a reversion back towards the mean and a sustained move below it would be required to question medium-term scope for additional upside.