Paul Singer’s Elliott Management, Andrew Law’s Caxton Associates and Danny Yong’s Dymon Asia Capital are all bullish on the yellow metal, which has risen about 12 per cent this year. They are wagering that moves to loosen monetary policy and even directly finance government spending, intended to limit the economic damage from the virus, will debase fiat currencies and provide a further boost to gold.

“Gold is a hedge against unfettered fiat currency printing,” said Mr Yong, founding partner at Dymon Asia, which is up 36 per cent this year, helped by its bet on the gold price.

New York-based Elliott, which manages about $40bn in assets, told its investors last month that gold was “one of the most undervalued” assets available and that its fair value was “multiples of its current price”.

In a letter, Elliott cited the “fanatical debasement of money by all of the world’s central banks” as well as low interest rates and disruption to mining caused by coronavirus. Profits from gold positions helped the hedge fund to a gain of about 2 per cent in the first quarter.

Central banks are acting like the proverbial Dutch boy with his finger in the dyke. The assistance provided to date is a stop gap measure but is open ended. This might not be the most convenient time to think about deficits and how all this is going to be paid for, but gold investors are not hanging around. 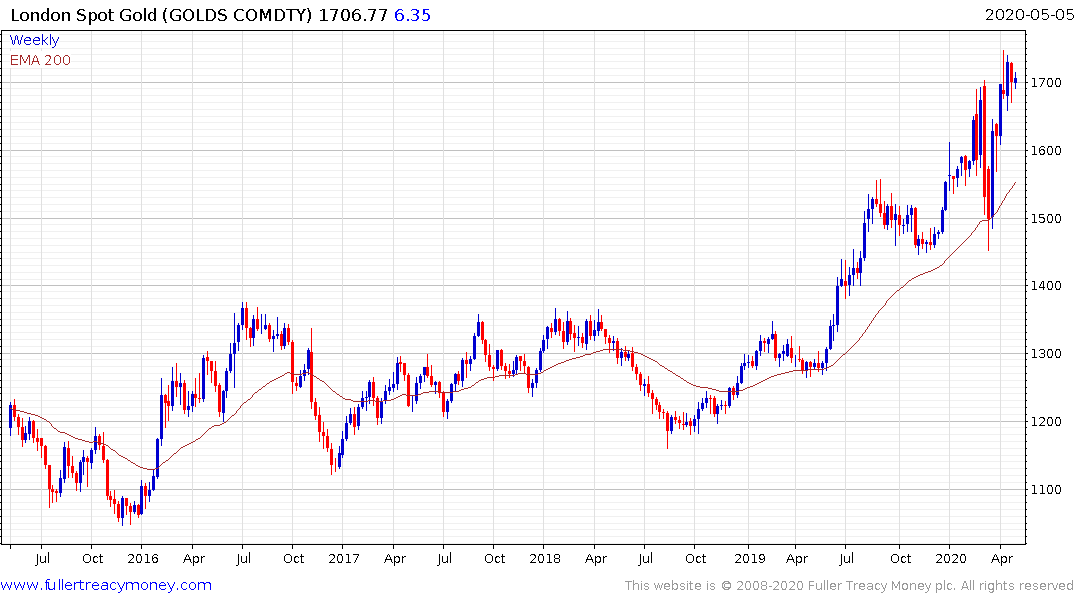 Inflation will only arise in the event the velocity of money picks up and that will at a minimum require substantial economic growth. The last economy recovery was slow paced and investors are betting the next one will be even slower; following the initial bounced back once lockdowns end.
One way or another, negative real interest rates are likely to prevail which is positive for gold. The price has been confined to a tight range over the last month which has at least partially unwound the short-term overbought condition. A sustained move below the trend mean would be required to question medium-term scope for continued upside. 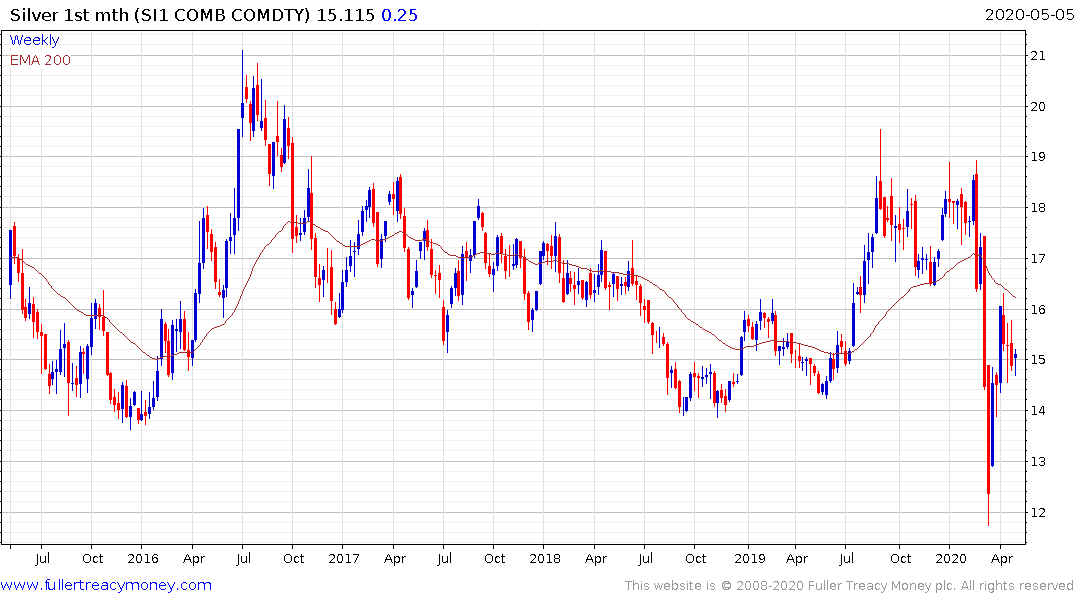 Silver continues to pause around the $15 area. That has been an area of support during the base formation development period which began in 2014. Having unwound the short-term oversold condition, the next challenge will be to sustain a move back up into the overhead range. 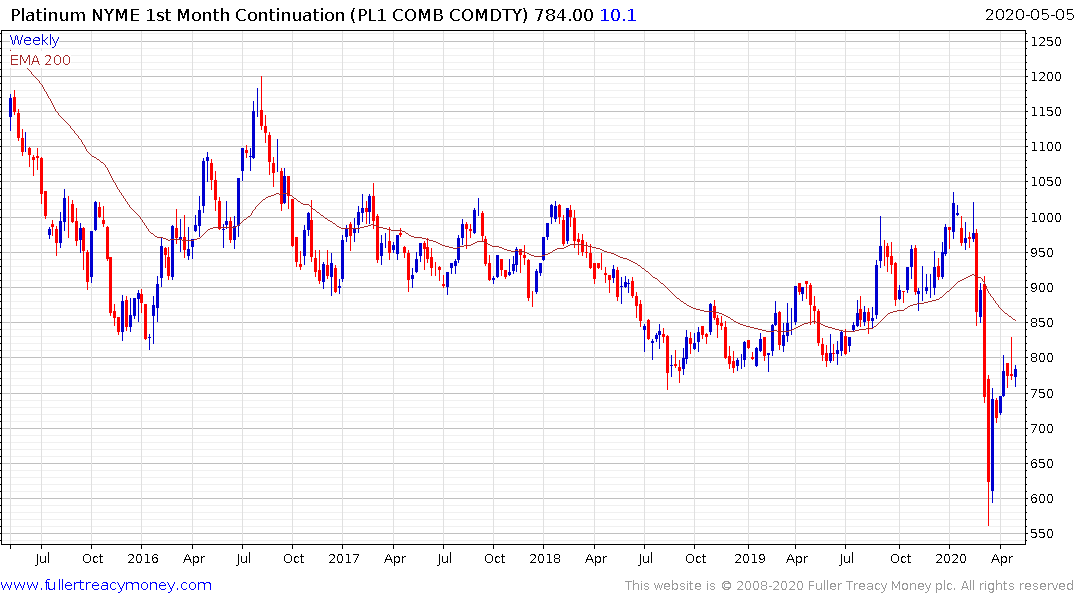 Platinum has a similar pattern.