Hackers returned about half of the $610 million or so they pilfered Tuesday in what was likely one of the biggest cryptocurrency thefts on record in the burgeoning DeFi sector.

In an unusual twist, the online thieves pledged to return the entire amount stole from a decentralized finance, or DeFi, a protocol known as PolyNetwork that lets users swap tokens across multiple blockchains.

In a message the unidentified hackers said that they “just dumped all the assets,” adding, “hacking for good, I did save the project.” About $258 million has been returned so far, according to Tom Robinson, co-founder of blockchain forensics firm Elliptic.

Even more brazen, the hackers are asking for donations as a reward for returning the funds. So far, they’ve garnered $200, Robinson said.

The hackers also posted a Q&A online, explaining motivations for the attack as “for fun:).” The online pirates said they took the funds “to keep it safe” after spotting a bug. The hackers ended the missive saying they will be impossible to trace. “I prefer to stay in the dark and save the world.”

Elliptic, as well as scores of cryptocurrency exchanges and trackers, have been on the hunt for the hackers. Thousands of people were affected by the attack, PolyNetwork said in a letter posted Tuesday on Twitter.

“This demonstrates that even if you can steal crypto assets, laundering them and cashing out is extremely difficult, due to the transparency of the blockchain and the use of blockchain analytics,” Robinson said. “In this case the hacker concluded that the safest option was just to return the stolen assets.”

DeFi apps -- which let people lend, borrow and trade coins without using intermediaries -- have become frequent targets of attacks lately, as they gain in popularity. Some $156 million was netted from DeFi-related hacks in the first five months of the year, surpassing the $129 million stolen in such attacks through all of 2020, according to crypto security firm CipherTrace.

The risk of having one’s tokens stolen while they are sitting on an exchange is never zero. The fact these hackers are willing to give the money back is novel but it also helps to highlight the risks. The big difference on this occasion is this kind of news seems to have lost its ability to heavily influence the price of cryptocurrencies.

Thanks to a subscriber for this report from Goldman Sachs. Here is a section:

Mathew McDermott, GS Global Head of Digital Assets, then explains why GS has (re)engaged in the space—in two words: client demand—and how interest in cryptos differs between client types—from asset managers who are seeking portfolio diversification, to high-net-worth clients who are increasingly looking for exposure to broader crypto use cases, to hedge funds that are largely aiming to profit from the basis between going long the physical and short the future—an arbitrage that reflects the difficulties that still persist in accessing the market today.

Beyond this issue of market fragmentation, we conclude with a look at some of the other main obstacles to further institutional adoption of crypto assets. Alan Cohen, previous senior policy advisor to former SEC Chairman Jay Clayton and former GS Global Head of Compliance, explains how regulators are looking at crypto assets today. Michael Gronager, Co-founder and CEO of blockchain investigations firm Chainalysis, explains what is— and isn’t—included in their analysis that finds that less than 1% of all cryptocurrency activity is illicit. And Dan Guido, Co-founder and CEO of software security firm Trail of Bits, discusses the black swan technological and security scenarios that all investors in the crypto ecosystem should be aware of.

Give the people what they want. If clients are asking for crypto investment vehicles, a bank had better create some or they risk losing the client. This is eerily similar to the kind of activity that went on in the private banking sector during the 1990s. Banks had clients who were demanding to be invested in all the new internet and “new economy” IPOs. They hired legions of young people with newly created ecommerce degrees and set them to investing in every new IPO. It all worked wonderfully until interest rates rose and killed off speculation. 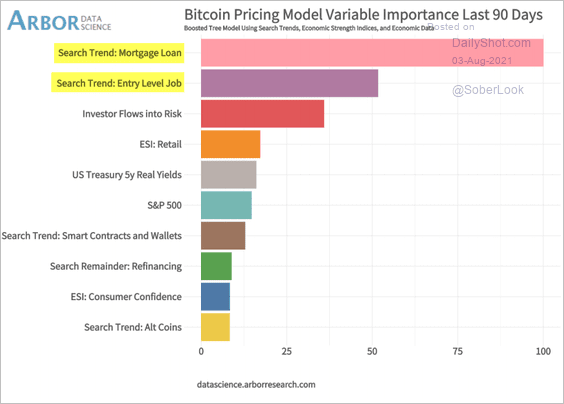 This graphic from Arbor Data Science highlights the correlation between falling prices and demand for entry level jobs and mortgages. During the 1990s many people left the conventional workforce to become day traders. The pandemic drove millions of people out of work. Many have opined at the reason why people have been slow to go back to work. Child care, reticence to work in customer facing roles during the pandemic and wanting to wait for better opportunities have been presented as some of the reasons. However, it is also worth considering that many people do not feel the need to go back to work because they are making money in the crypto sector. 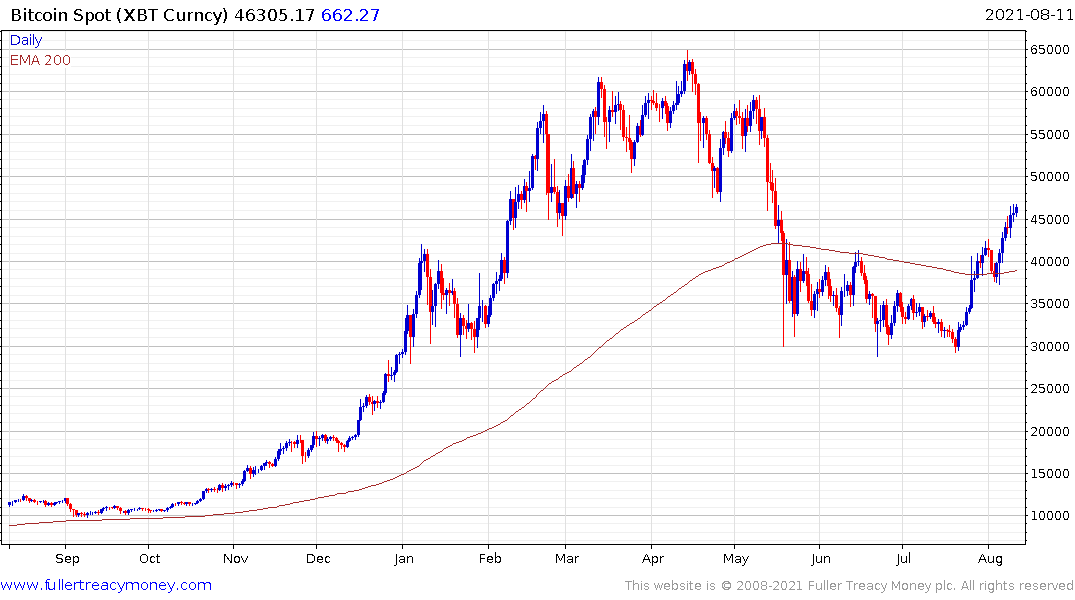 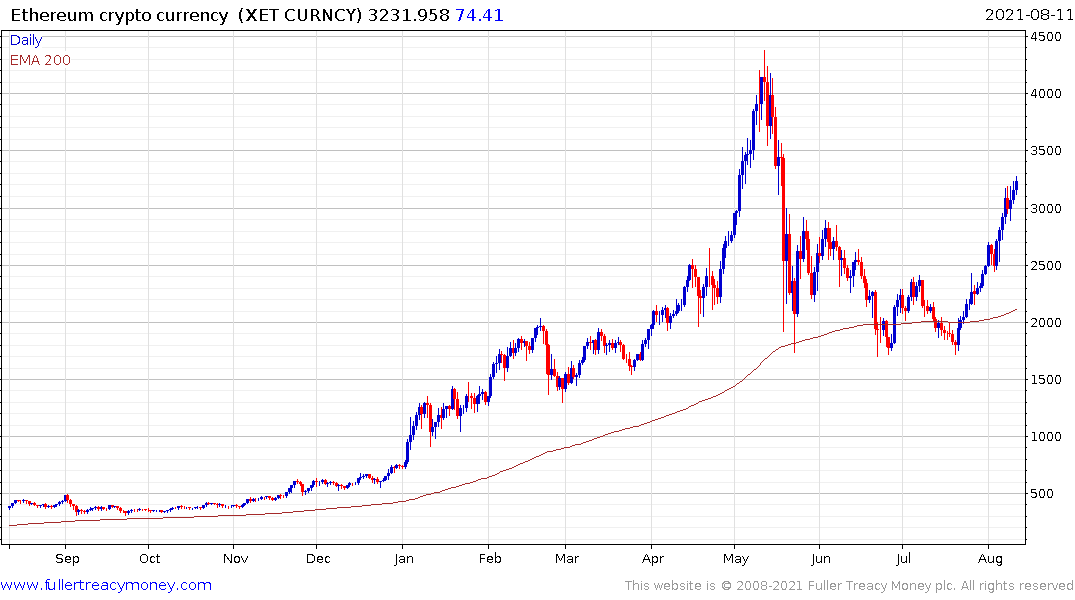 Both these tangential factors point towards bubbly valuations in the crypto sector and not least as the sector’s market cap trends back towards $2 trillion. Higher interest rates and tighter liquidity are what kills off bubbles. At present the major central banks are mostly talking about tapering, so this is less of a risk. The price of bitcoin and Ethereum continue to recover.