H&M’s inventories have been a persistent problem, rising steadily as the Stockholm-based fast-fashion chain failed to keep up with consumers’ tastes and was struck by logistics woes.

The company says it’s working through the excess stocks and will be able to scale back discounting as a result, even as it irons out its supply problems. “We are in a better position now than we were last year,” CEO Karl-Johan Persson said on a conference call Thursday. “We’re buying less and being smarter about our purchases.”

The shares soared as much as 13 percent in Stockholm trading. Analysts at RBC Capital Markets pointed to H&M’s forecast that fourth-quarter markdowns will be about flat with last year’s, as well as a third-quarter gross margin that beat estimates.

Fast fashion has relied on footfall at its stores but faces the twin challenges of discounters like TJMaxx and Ross Stores as well as the evolution of online sales like Amazon’s own brand goods and Stitch Fix. The challenge for the sector is not simply to ensure they are on trend but to contain prices in order to remain competitive. That has represented a painful challenge for companies like H&M and Inditex. 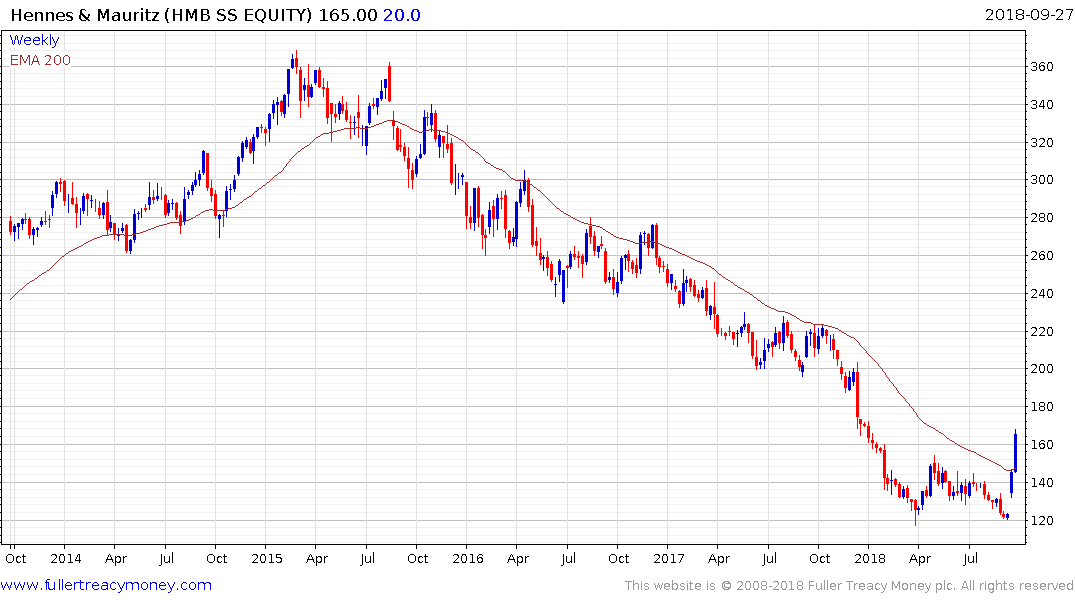 H&M trended lower in a very consistent manner between its early 2015 peak and the low posted in March. It rallied impressively last week and improved on that performance this week to emphatically break the downtrend. A sustained move below the trend mean would be required to question recovery potential. 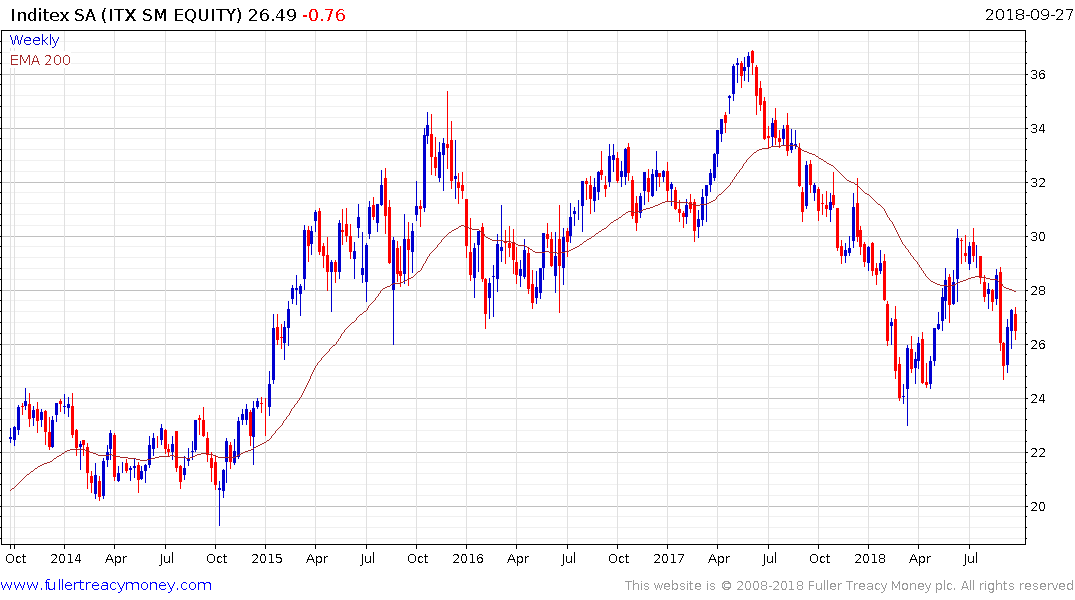 Inditex did not experience the same decline and has stabilised above €25 this year. It needs to hold that level if support building is to remain credible. 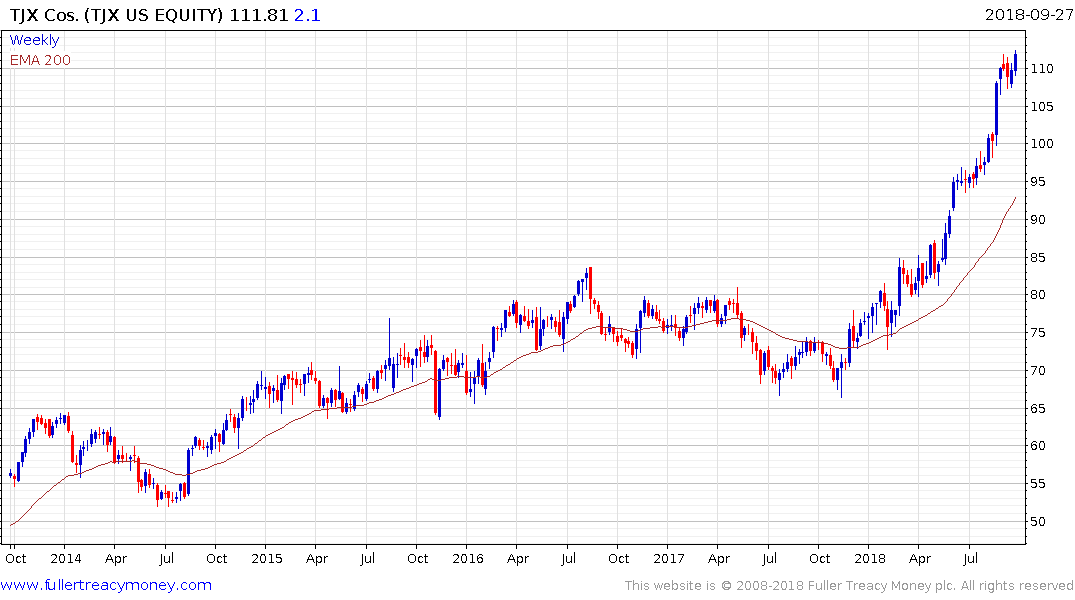 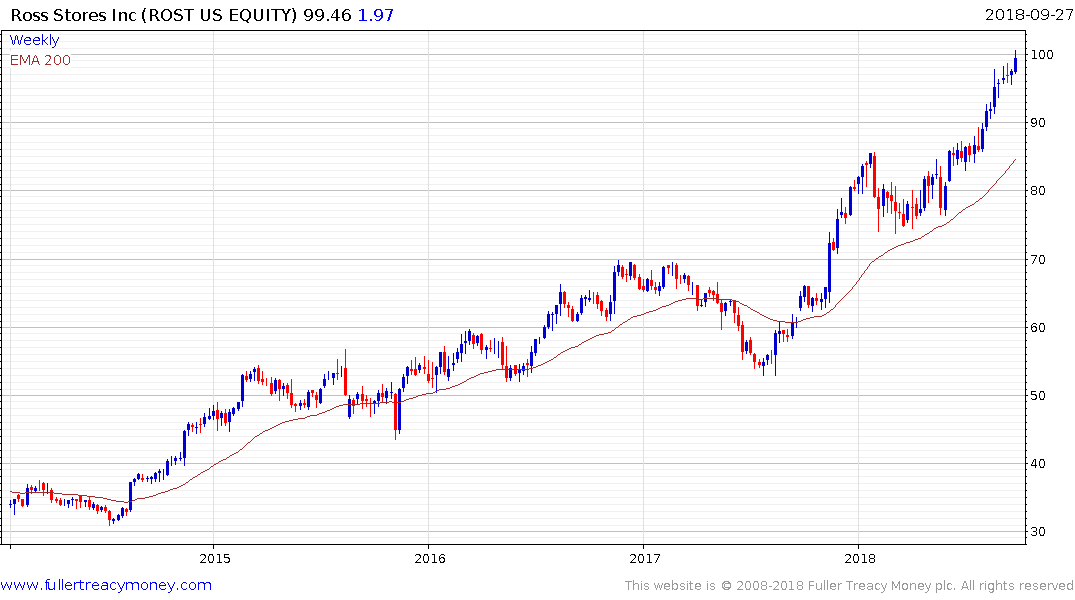 Ross Stores is also quite overextended on the upside. 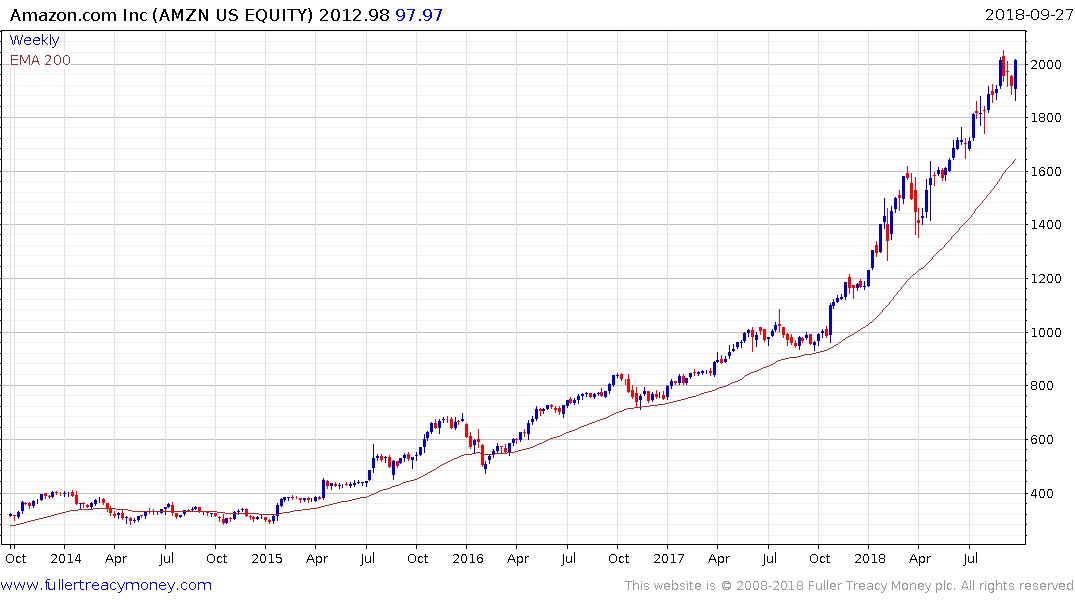