The process of swapping GLD shares for physical gold sits “outside of normal dealings,” according to State Street Global Advisors head of ETF research Matthew Bartolini. Bank of New York Mellon, the fund’s trustee, doesn’t interact with the public but only with middlemen known as authorized participants -- traders who channel assets in and out of the fund. An investor would have to work with one of GLD’s APs to acquire gold, he said.

“An individual investor wishing to exchange the Trust’s shares for physical gold would have to come to the appropriate arrangements with his or her broker and an authorized participant to receive the gold bars,” Bartolini wrote in an email.

Gundlach said earlier in March that while he was neutral on gold mining companies, the metal would ultimately go higher. The $51 billion DoubleLine Total Return Bond Fund, Gundlach’s mortgage-focused flagship fund, lost 1.3% this year through Monday and returned an annual average 2.6% over five years.
For Bloomberg Intelligence’s Eric Balchunas, that process isn’t necessarily a problem. Most investors buying gold ETFs are doing so to get exposure to bullion’s price movement, rather than to acquire physical gold, he said.

“The problem with getting physical gold is you’ve got to insure it or keep it in a safe spot,” Balchunas said. “Generally speaking, most people don’t want gold. They want the return stream that gold gives.”

There is no way to hold physical gold in a fund without incurring some form of risk. However, there is also no way of holding physical gold personally without also incurring some form of risk. Most people are satisfied to receive the diversification and potential for appreciation gold represents. However, it is inaccurate to describe gold as offering a return stream. It does not pay dividends. For that you need gold miners.

There was news today the Agnico Eagle is cutting back on production in Mexico because of the coronavirus and there will undoubtedly be other miners which have to make similar decisions over coming months. I think it is likely gold miners are among the sectors most likely to bear analysts estimates when first quarter results are posted later this month. However, the guidance they offer on how virus-induced lockdowns are affecting production is likely to be deciding factor in how well the shares perform.

There are 1145 precious metals miners listed on Bloomberg and 123 of those pay dividends. Some of the largest miners have tied the size of their dividend to the gold price and almost all have All-In-Sustaining-Costs significantly below prevailing gold prices. 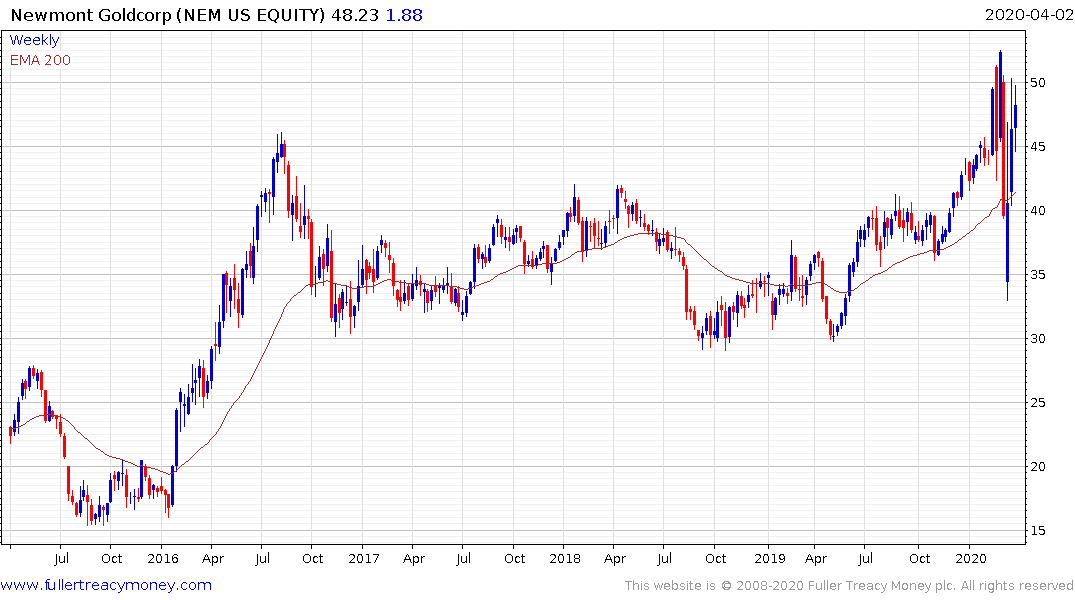 US listed Newmont Mining has almost completely unwound the spike lower in early March and back testing the $50 area. The share yields 1.15% net of special dividends. 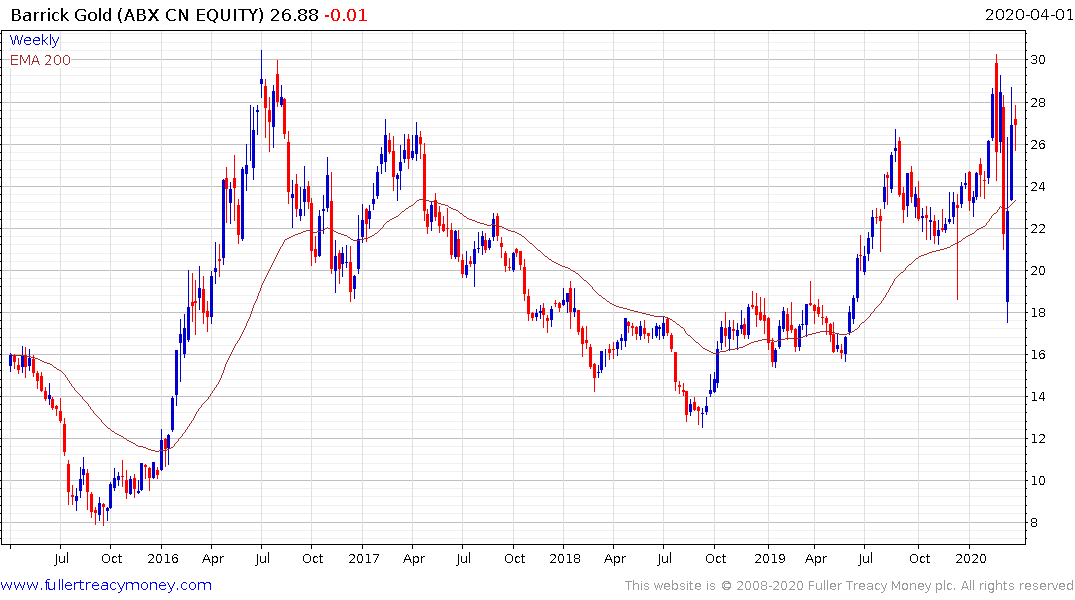 US and Canada listed Barrick Gold has also regained its previous peak and yields 1.31%. 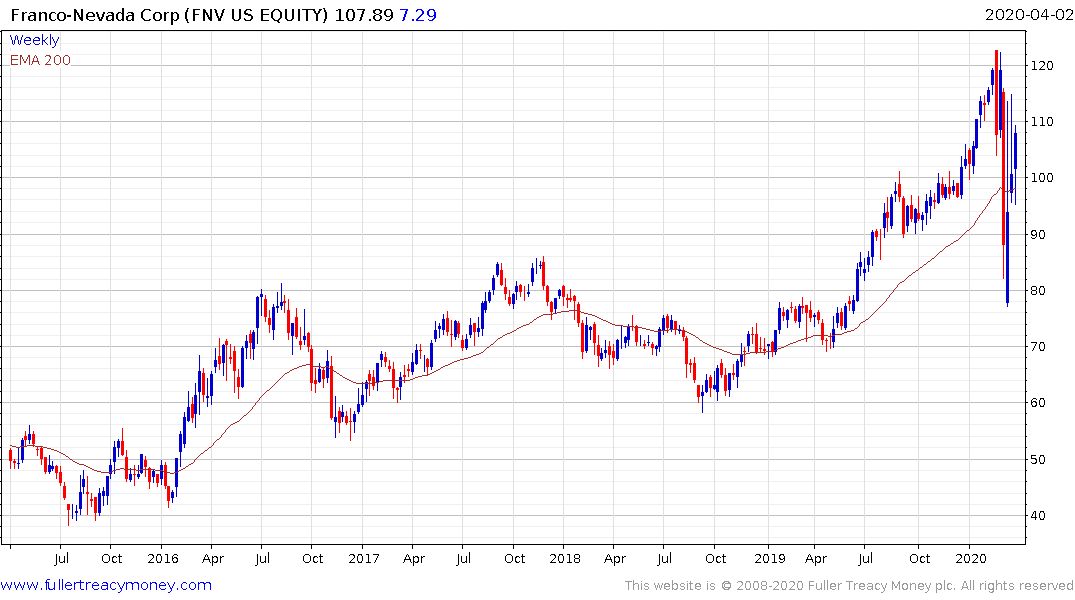 US and Canada listed Franco Nevada has not rebounded as strongly, not least because it also has energy royalty streams. 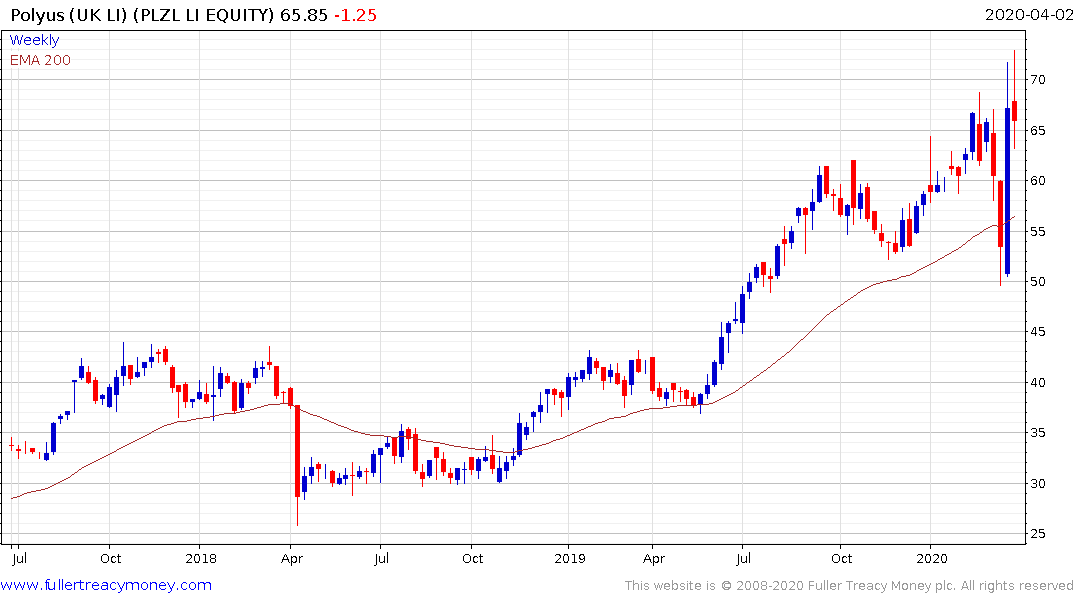 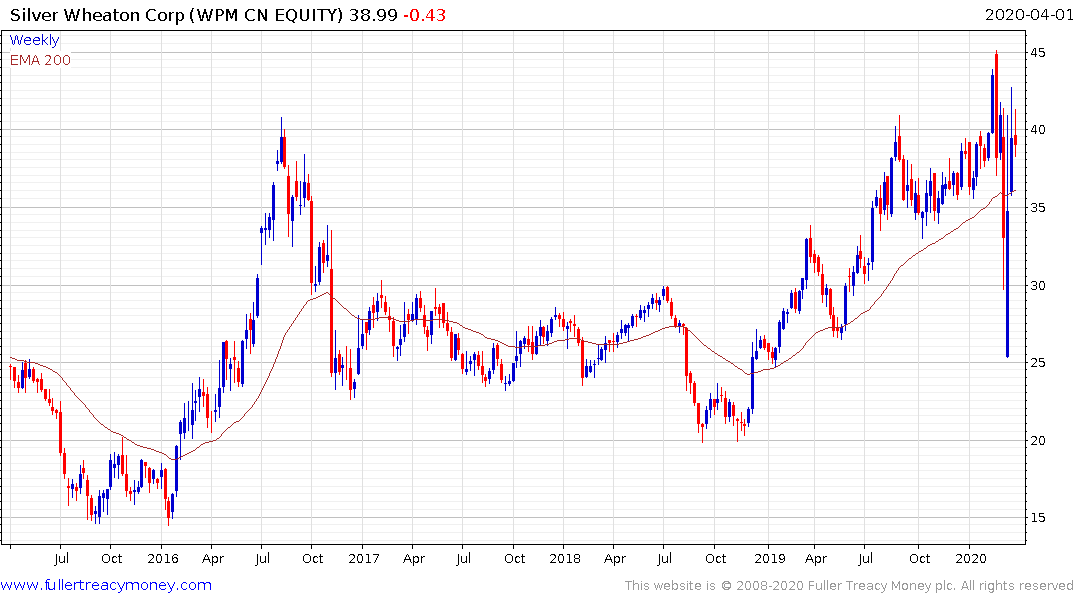 US and Canada listed Wheaton Precious Metals is back testing the upper side of its seven-year base formation and yields 1.4%. 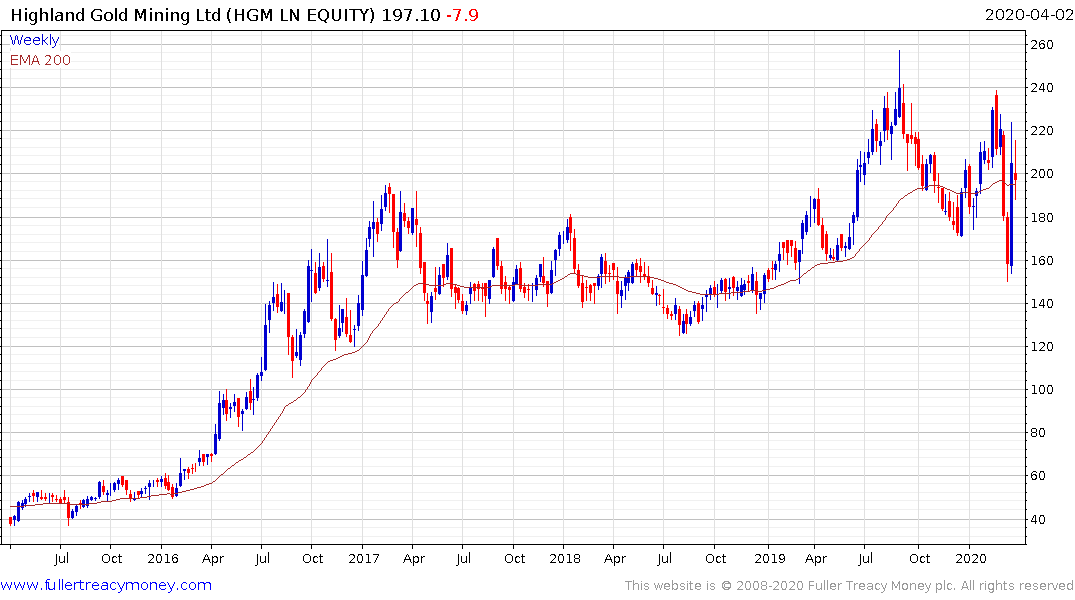 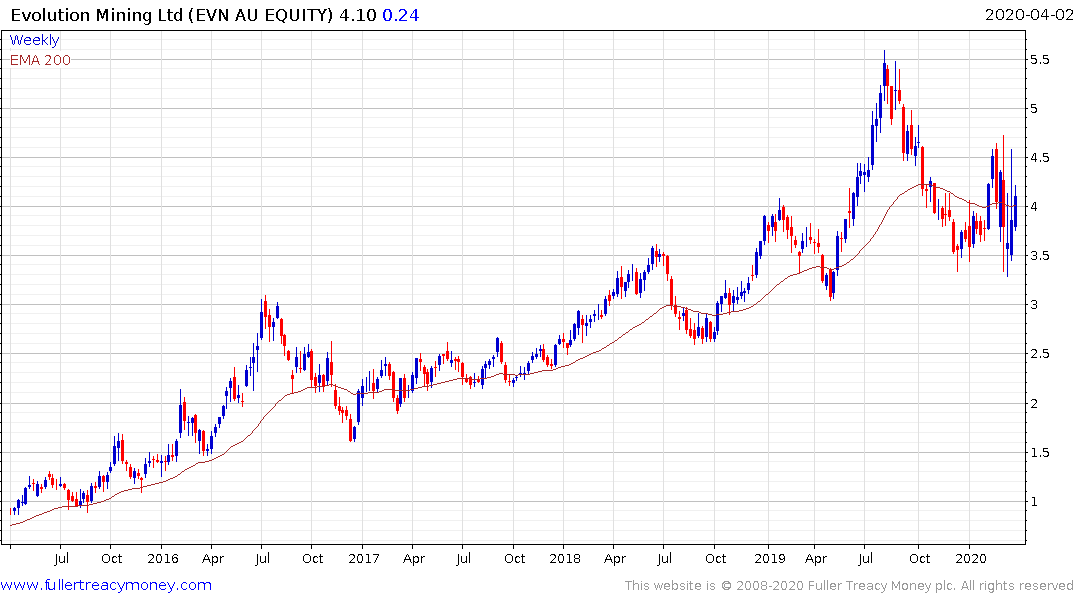 Australia listed Evolution Mining yields 4.53% and also has a solid record of dividend growth. The wider Australian sector has been underperforming of late but Evolution has been exhibiting relative strength.