Gundlach, 62, said the reason why Fed Chair Jerome Powell characterizes the economy as strong, but not strong enough to allow for a rate hike at this point, is that the underlying condition is in fact weak -- artificially propped up by an unprecedented degree of stimulus.

Here are some other takeaways from Gundlach’s remarks:
He focused heavily on inflation, saying the annual pace of gains in the consumer price index could hit 7% in the next month or two. He ran through numerous inflation measures and pointed out that shelter costs have climbed significantly. He also said it’s possible that the CPI inflation gauge won’t drop below 4% throughout 2022.

Markets could face more volatility now that the Fed has said it might quicken its tapering program.

Gundlach reiterated that he bought European stocks for the first time in 12 years, which he disclosed a few months ago. He still owns some of those and they’ve done just OK until recently. He didn’t own emerging-markets equities, though he envisioned a scenario when they might outperform U.S. firms. “We’re looking for major opportunities” and emerging markets could be one over the next few years, he said.

​The dollar has been in structural decline since 1985, he said, reiterating that the twin-deficit problem (that’s the current-account gap and the federal budget deficit) will cause the greenback to fall over time, which bodes well for emerging markets.

I’ve been saying for most of this year that the Dollar is the lynchpin for a migration away from US Dollar assets. Wall Street has outperformed by a wide margin from the perspective of international investors since 2008.

Returns for India’s Nifty 50, Brazil’s iBovespa, Jakarta’s Composite and the Johannesburg All-Share mostly fell within the same band. The big outlier has been Brazil which massively underperformed with an average annual return of 1.49% over the last 13 years. 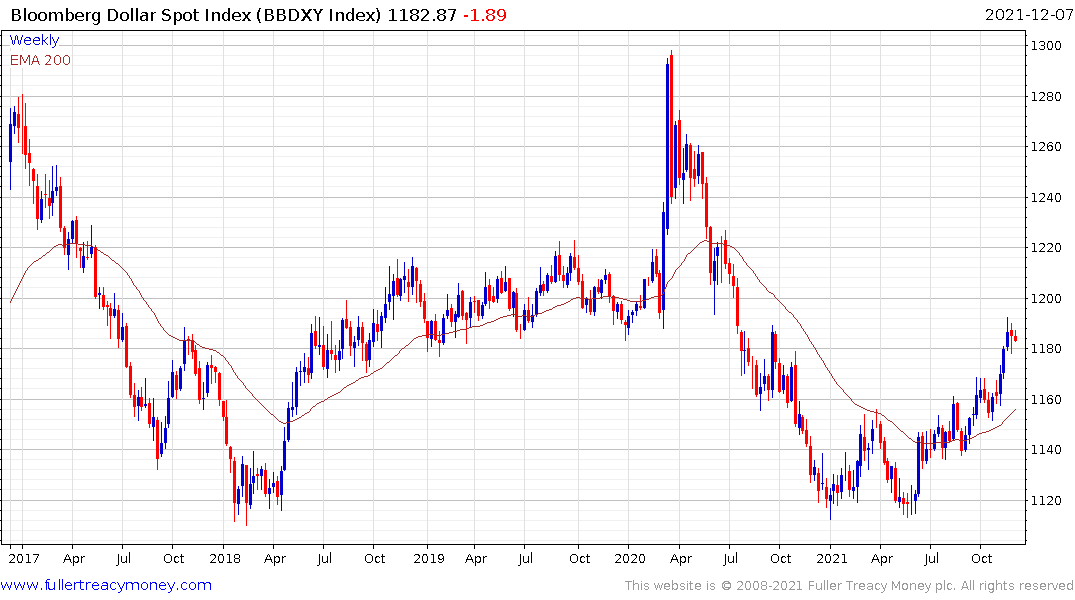 The Bloomberg Dollar Index has posted a robust advance over the last six months and is currently unwinding a short-term overbought condition but a sustained move below 1165 would be required to question the consistence of the advance. 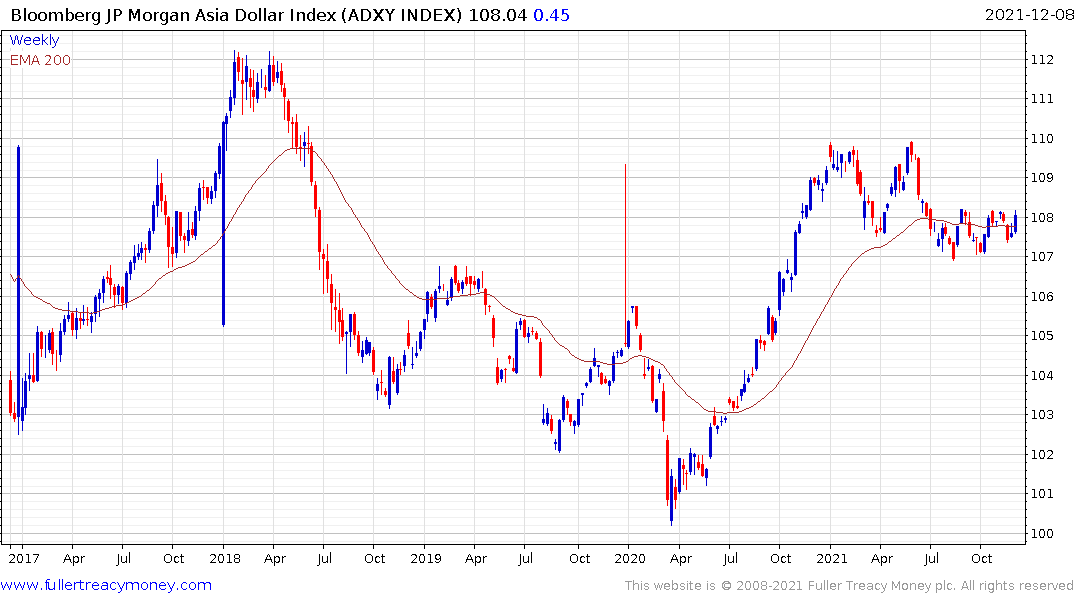 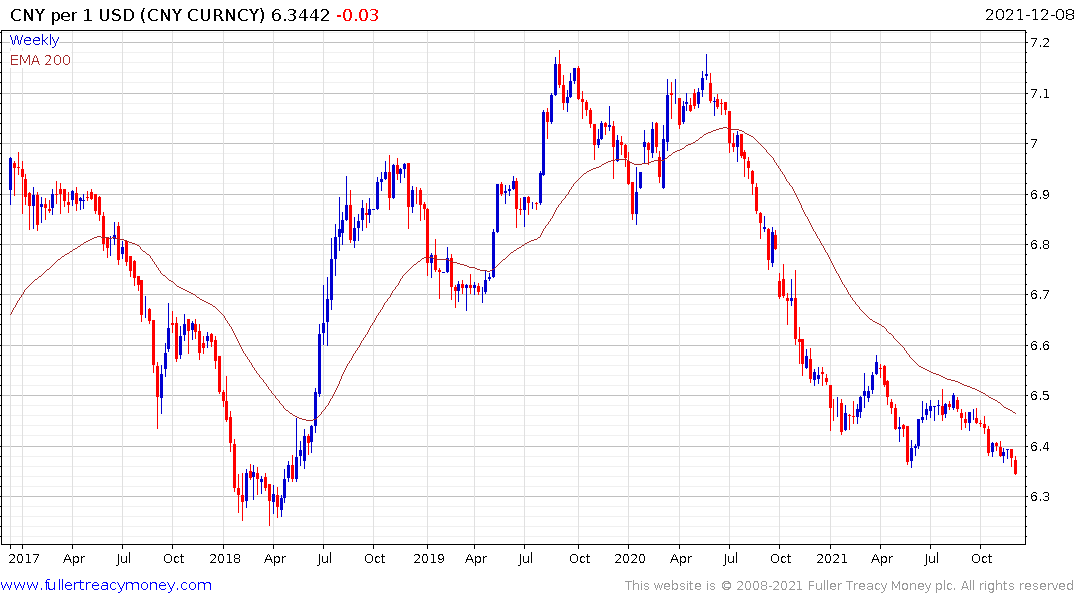 The Asia Dollar Index is firming from the region of the trend mean. It is being aided by the resiliency of the Chinese renminbi which broke out to new highs today. 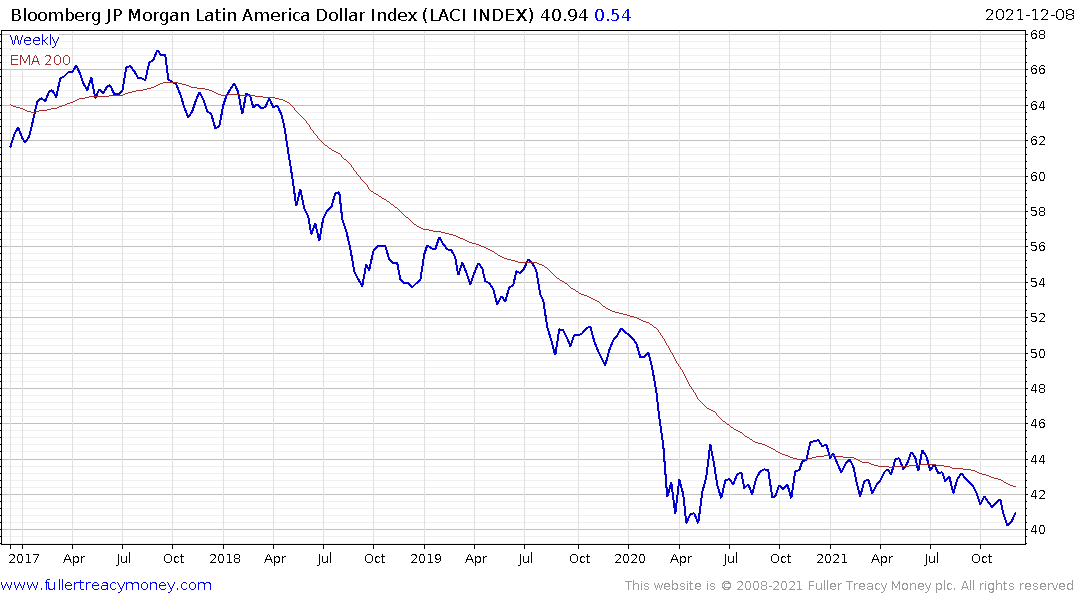 The Latin America Dollar Index is steadying from the region of the 2020 lows aided by the recent strength of the Brazilian Real and Mexican Peso.

The above charts suggest the Dollar index is being heavily influenced by the determination of the BoJ and ECB to be the last to tighten monetary policy. Meanwhile other currencies are gradually beginning to exhibit relative strength. China’s determination to refrain from disgorging liquidity into the economy has certainly supported the renminbi. That suggests regional currencies can appreciate without experiencing undue pressure.