Rallying copper tends to indicate demand for home-building and other industrial inputs -- all signs of a reasonably strong economy, a message reinforced by range-bound gold prices, according to the billionaire bond manager. The gauge has worked “phenomenally well” as a short-term predictor of where Treasury yields are headed, Gundlach said.

“It’s one of the best indicators for near-term movement -- for the next month or next couple of months -- for 10-year Treasury yields,” Gundlach said in a phone interview. “It’s remarkable how well it’s worked and as time goes by, I feel more and more inclined to follow it and act on it.”

He said in September that markets had likely seen the low of the year in yields after the 10-year rate plunged to 1.43% that month, the lowest since 2016. So far that’s panned out.

Bond strategists largely see the 10-year Treasury yield struggling to breach 2% in 2020. On the bullish side, Citigroup Inc. predicts the rate will hit a record low of 1.25% next year, and Societe Generale predicts 1.2%.

At the American Association of Technical Analysts conference last March, when I opined 10-year yields were going all the way back down to 1.5% there was a lot of push back from delegates that a rally of that magnitude was even possible let along probable. By the time the rally peaked $17 trillion in bonds had negative yields. Today that figure is closer to $11.7 trillion and the trend points towards further contraction. 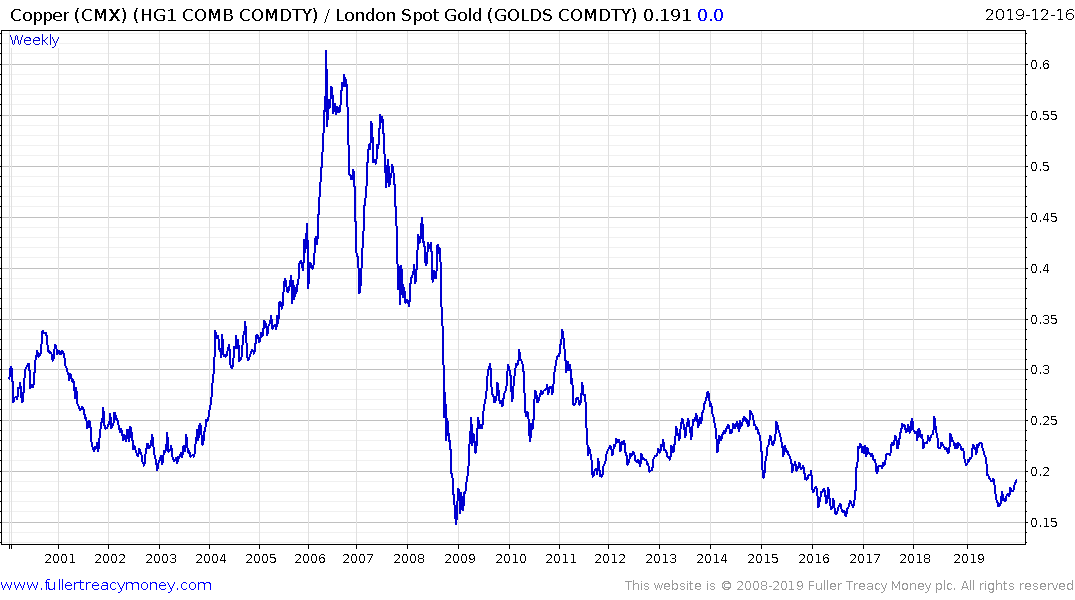 The copper/gold ratio is one of Jeff Gundlach’s favourites and he has a long history of deploying chart analysis in his fund management business. The ratio has posted two incremental higher reaction lows inside a decade long base formation and is currently rallying from the most recent.

With sentiment towards improving global growth improving, following positive trade war news, copper is back in a position of outperformance relative to gold. That is supportive of the view the path of least resistance for bond yields is higher. 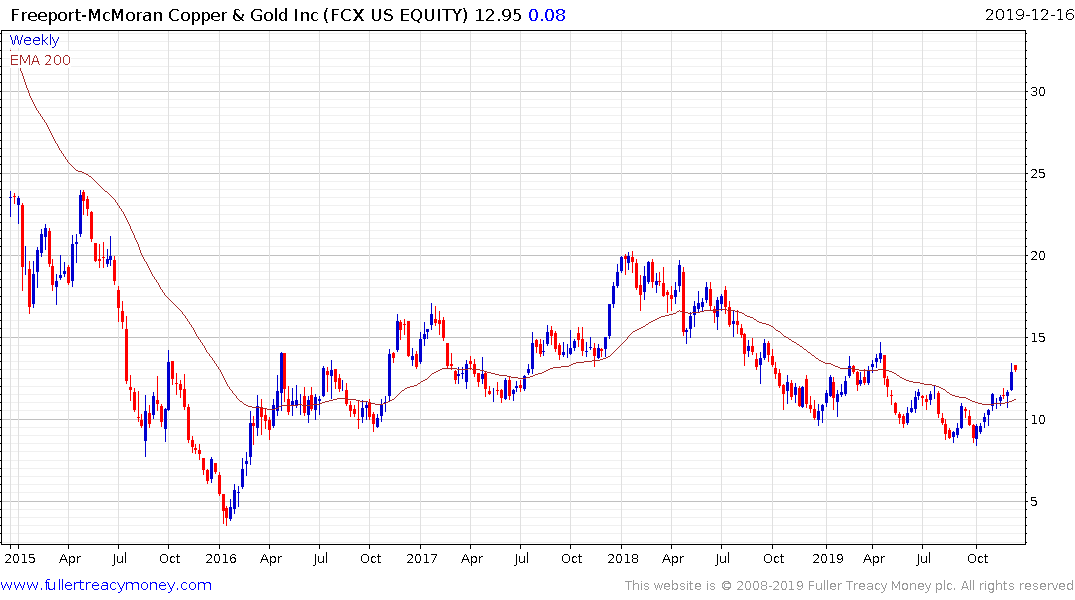 Freeport McMoRan rallied this week to break its sequence of lower rally highs. 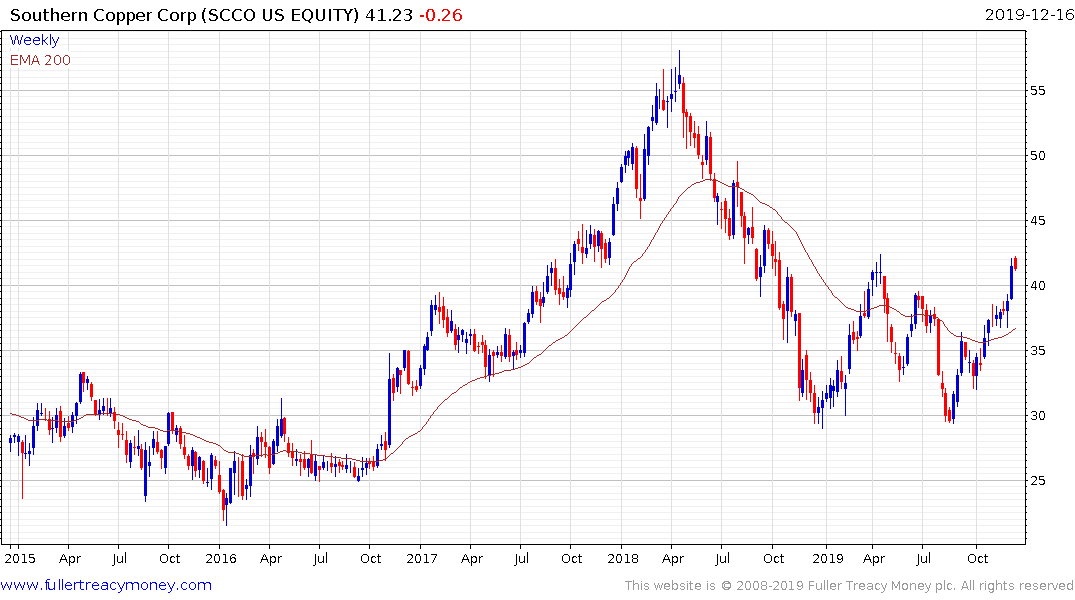 Southern Copper broken its sequence of lower rally highs in October and a sustained move below the trend mean would be required to question medium-term scope for continued upside. 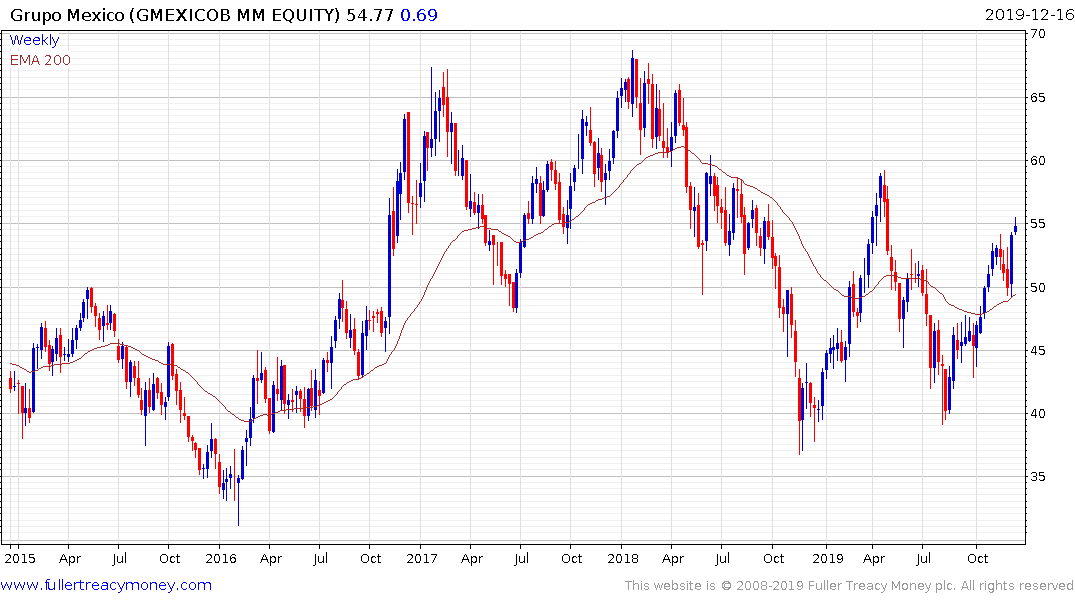 Grupo Mexico bounced this week from the region of its trend mean. 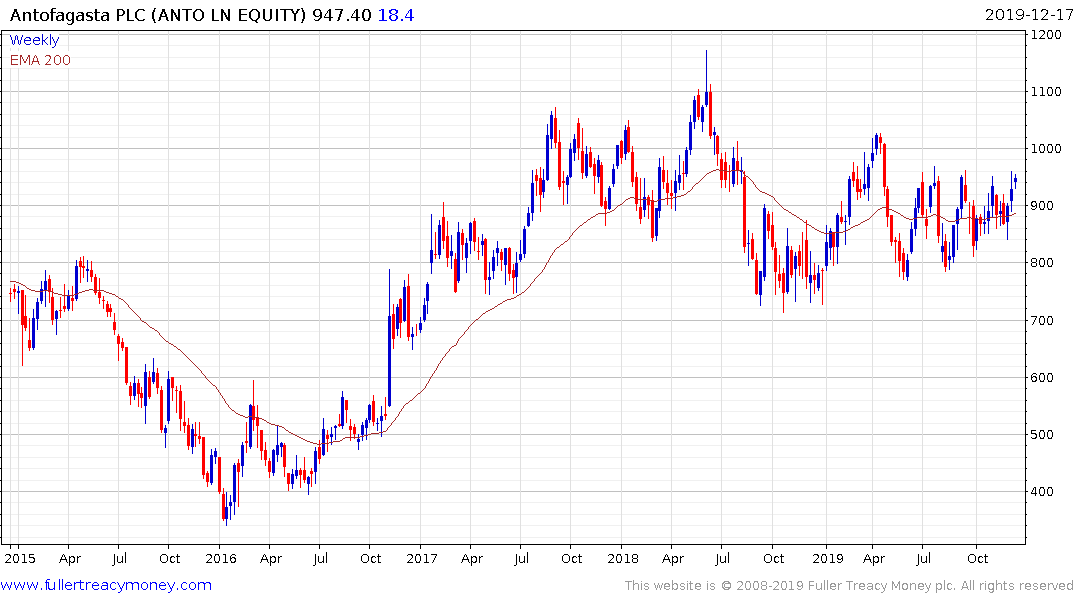 Antofagasta has been ranging for nearly three years and is now testing the upper side of the congestion area that has been forming for almost all of 2019. 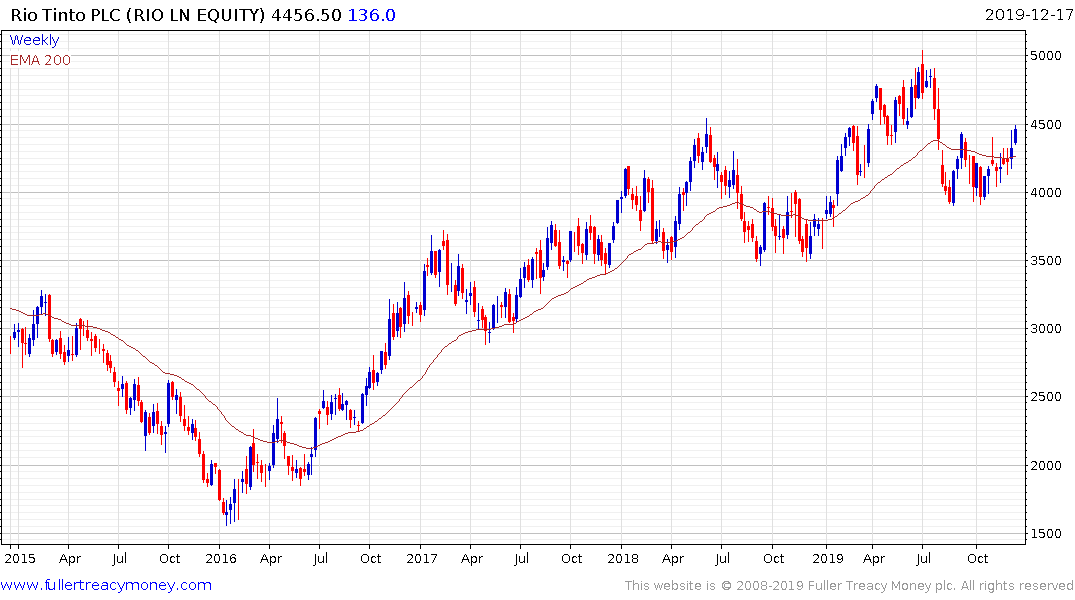