"The fiber supercapacitor continues to work without performance loss, even after ending hundreds of times," said researcher Dingshan Yu. So, when this supercapacitor material does become commercially viable, its ability to be bent continuously out of shape while maintaining its charge and structural integrity could lead to it being woven into clothing, backpacks, shoes, and other items to produce a wearable power system.

In turn, these could then power devices such as medical monitors, GPS devices or any of the other myriad accoutrements to our technological life that would allow us even more mobile freedom. It could also be woven into textiles for use by the military to power soldiers’ equipment, incorporated into other materials to form the case of a device that is also its power supply, or even double as the cover and the battery for an eReader.

But more than this, the low mass, high volumetric density of a graphene and carbon nanotube supercapacitor is so great that it may well provide a solution to a more pressing problem for electric vehicles: weight. At a mere fraction of the bulk of storage batteries, and capable of being charged and discharged for more than 10,000 cycles (less than 1,000 is the norm for rechargeable batteries), this type of superlight power storage could prove to be the answer to the electrical motor industry's prayers.

With rumours that endowment funds are beginning to treat investments in fossil fuel companies in the same manner as tobacco companies, demand for renewable energy technologies is likely to increase. One of the most persistent issues people have with renewable energy is how to ensure they can meet the base load requirements of utilities.

Improving battery technology has been a central aim of this strategy but the challenge has been more difficult than many ever suspected. The sector has seen substantial investment, the pace of innovation has increased and the potential for commercial application is becoming more certain. However, time is still needed for these technologies to be perfected, mass produced and rolled out.

Generally speaking, the majority of battery manufacturers experienced some of the same selling pressure as the IPO, solar and biotech sectors and a significant number of have returned to test the region of their respective 200-day MAs. Panasonic and BYD both share this characteristic. Provided they continue to find support in this area, the benefit of the doubt can continue to be given to medium-term potential for additional upside. 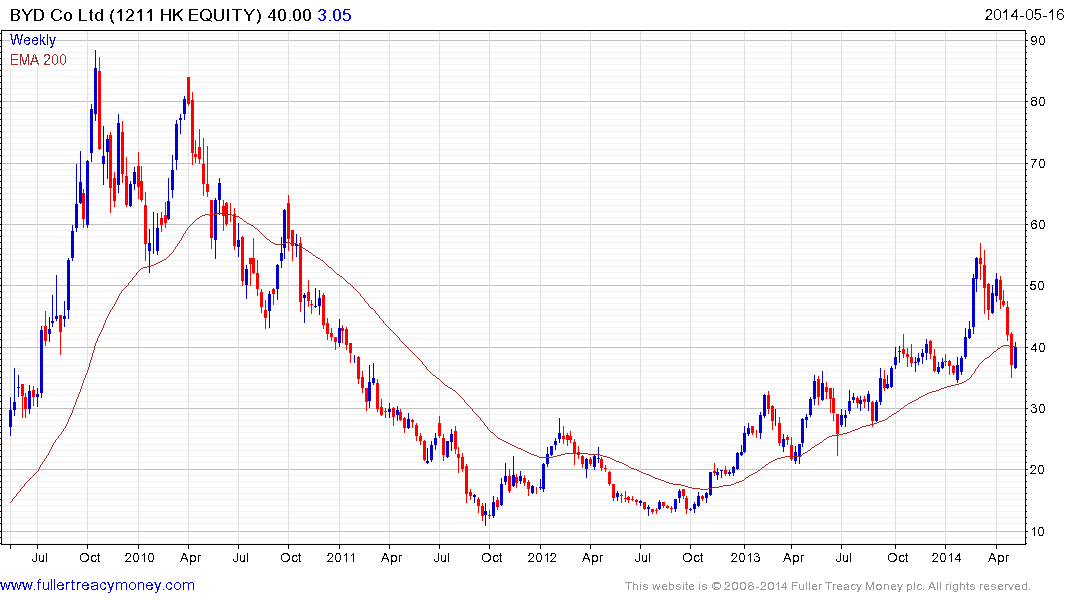 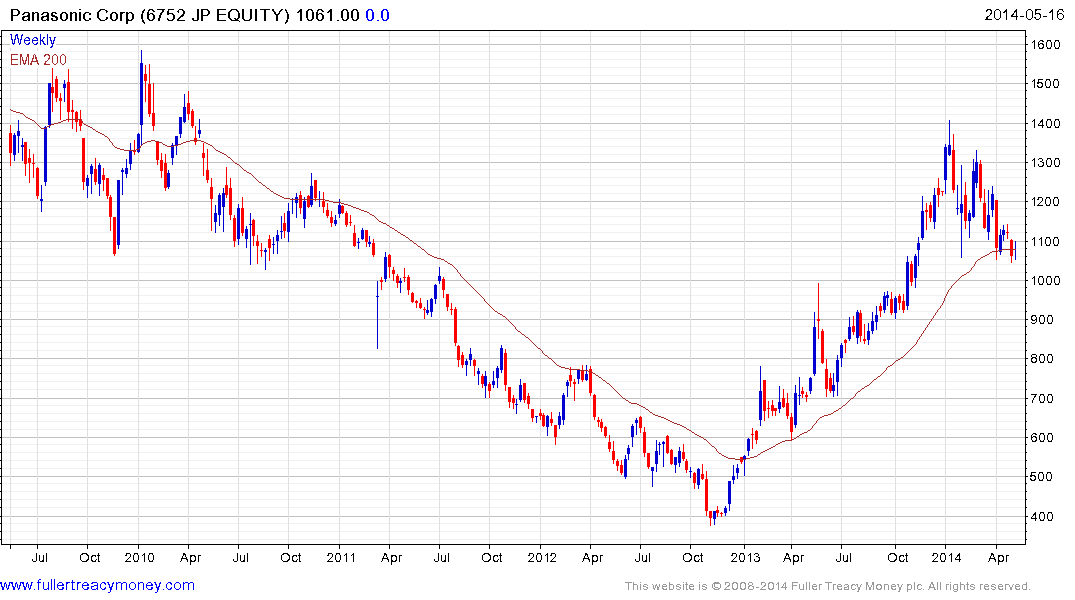 Enersys lost momentum following an accelerated advance, failed to sustain the breakout to new highs in March and is currently testing the region of the 200-day MA. It will need to hold  at least above $62.50 to offset medium-term top formation characteristics. 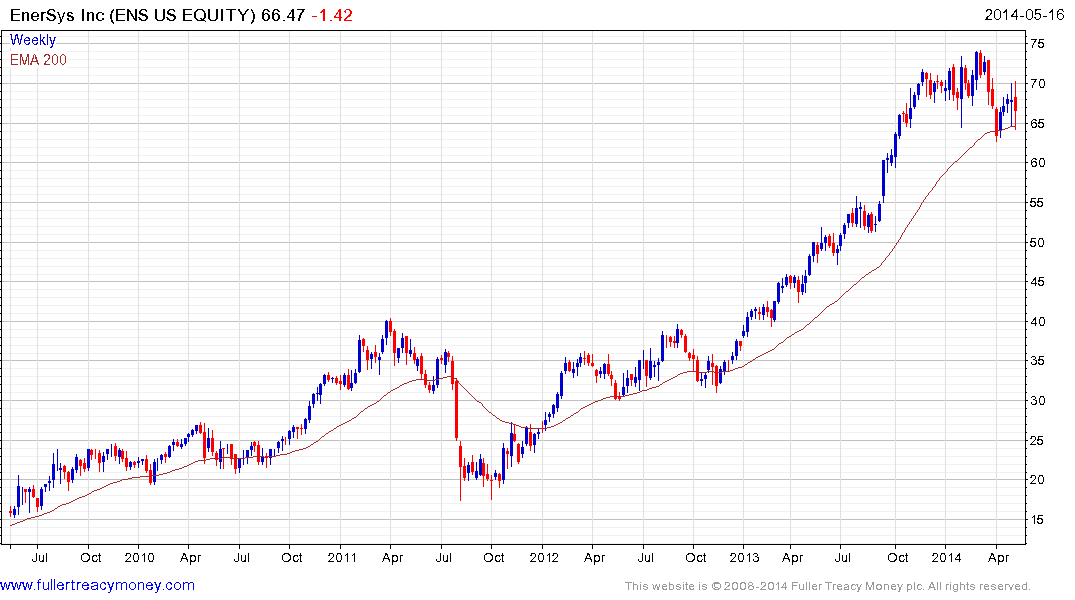