There is no way the storming of the Capitol can be justified. Overwhelming an unsuspecting police cordon and disrespecting the nation’s seat of power is an affront no government is going to tolerate. That’s on top of what impact it has had on the vast majority of people who live their lives by a code of common decency.

By the same token, riots where private businesses are destroyed, police stations set light and people afraid for the integrity of their homes should also be condemned.

The challenge at present is the polarization of political discourse in the USA is that neither side is willing to sharply criticize the actions of their adherents. To do so would be political or busines suicide.

We are currently being treated to commentary fomenting fear that there will be a great deal of unrest at the upcoming Presidential inauguration. It’s a significant risk but it is far from the only form of intimidation.

My doorbell rang on Saturday night while we were sitting down to dinner. I thought it was an Amazon delivery so I went out to see what it was. Two BLM activists were waiting and informed me they were collecting donations. I told them we were in the middle of dinner and closed the door. They left chanting Black Lives Matter.

The challenge is that the rioters during the summer threatened they would come into the neighborhoods. It never happened, but when fund raisers come knocking on the door it feels like they are after protection money. I think our days in Los Angeles are numbered. This is not the city we moved to seven years ago.

President-elect Biden says he wants to heal the country. That’s a tall order but regardless of its success it will mean throwing money at the problem. There is clear potential the USA is now moving towards formal adoption of MMT. 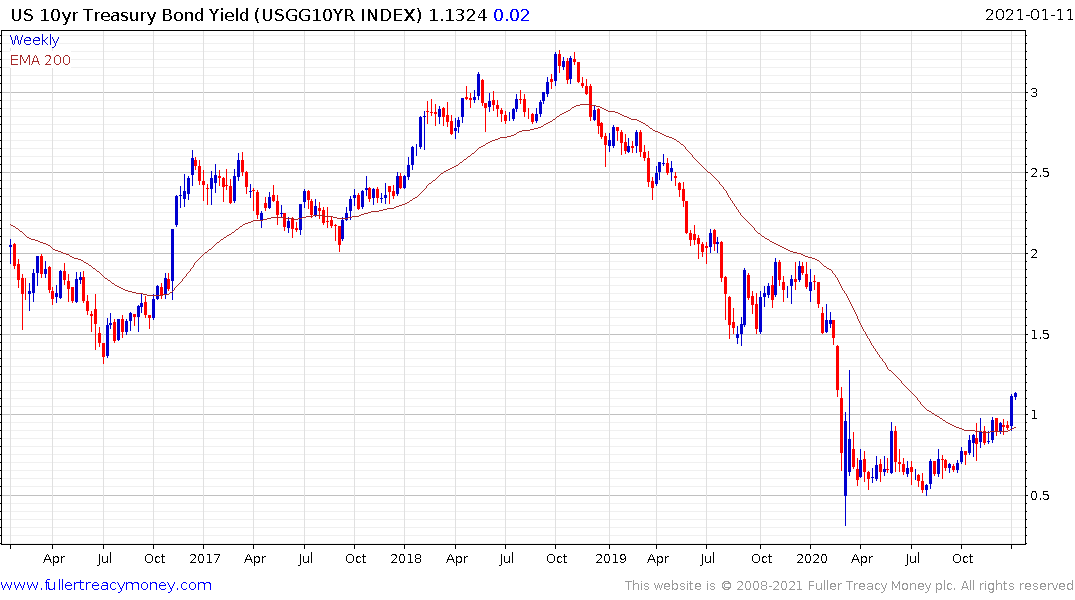 The higher Treasury yields rise, the greater the potential the Fed will act. They are probably looking at the stock market as a measure of what the appropriate yield rate to defend is. As long as the stock market remains firm to steady, they are unlikely to act. When the stock market eventually corrects, they will have an answer. 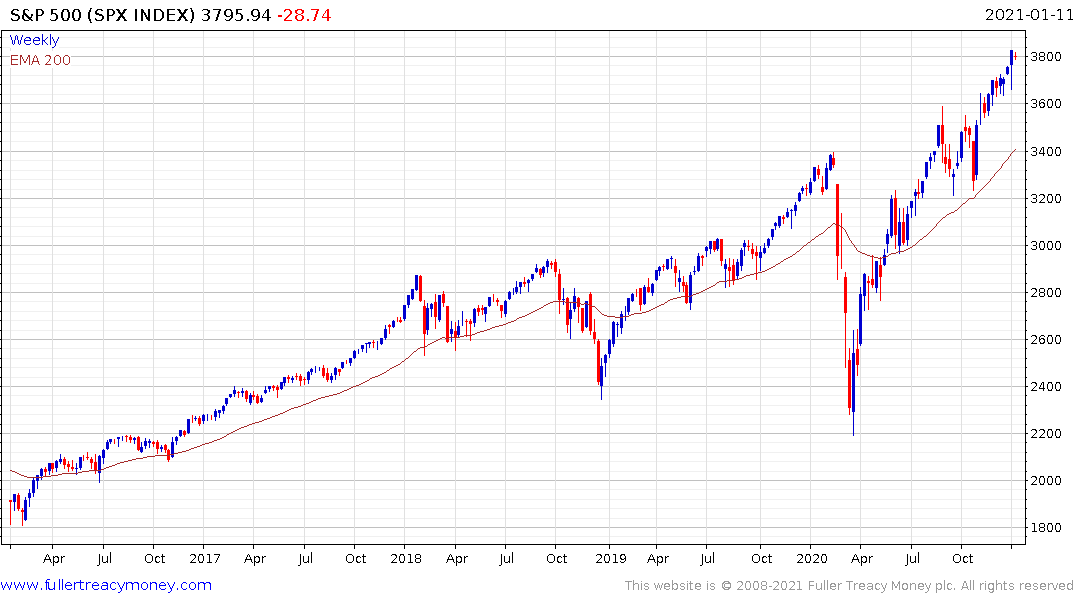 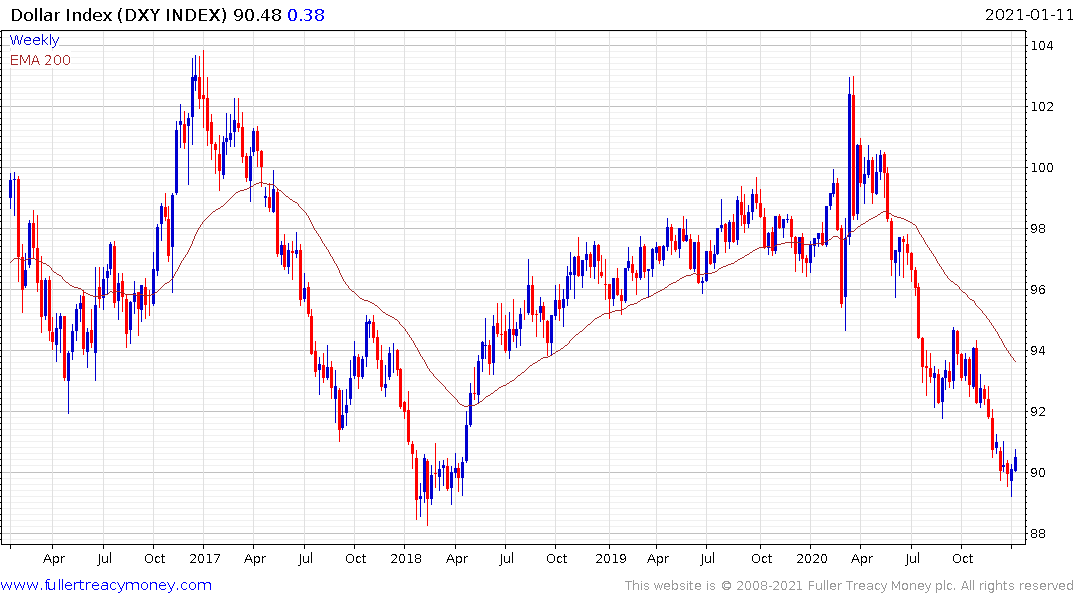 The Dollar is likely to continue to rally until the Fed acts to suppress long-dated yields.