Google+ currently has 540 million monthly active users, according to Google, making it the second-largest social networking site in the world after Facebook.

Schmidt predicted that smartphones will become ubiquitous in 2014, resulting in a whole new generation of applications around entertainment, education and social life.

"The trend has been that mobile was winning, it's now won," he said. "There are more tablets and phones being sold than personal computers, people are moving to this new architecture very fast."

Google is a swiftly evolving company with a focus on investing in emerging technology themes. While high growth companies have tended to be successful in their original fields they sometimes struggle to continue to innovate in fresh directions. What sets Google apart is that it has succeeded spectacularly in a range of additional sectors which has supported its core business. Search engine advertising through its own sites and others remains the company’s core revenue base at 87% in 2012. The development of its Android software has helped open up new avenues for revenue growth for that core business. As one of the dominant forces in an increasing number of developing sectors Google was one of our original cast of Autonomies. 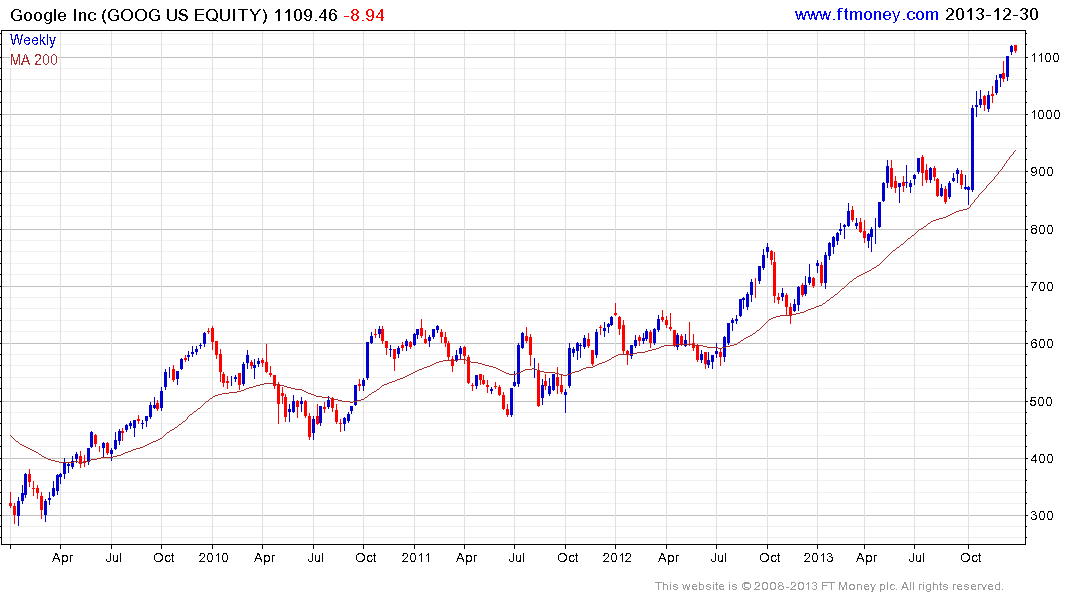 The share has rallied particularly impressively over the last few months and is currently almost 20% overextended relative to its 200-day MA. A process of consolidation and mean reversion is looking more likely than not but a clear downward dynamic would be required to check the advance. 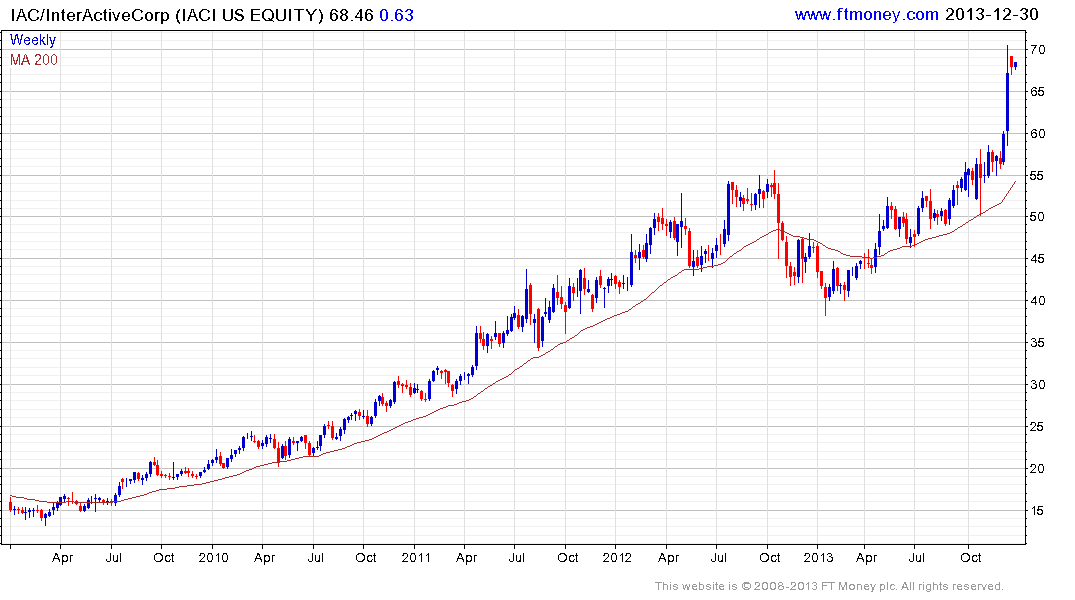 IACI is perhaps more commonly known for its Match.com dating portal but generates 50% of its revenues from search advertising. The share has a similar pattern to Google and is also susceptible to mean reversion.

On seeing so many powerful moves since October, I thought it might be instructive to examine the online/social media sector to find shares which are less overextended or have base formation completion characteristics. 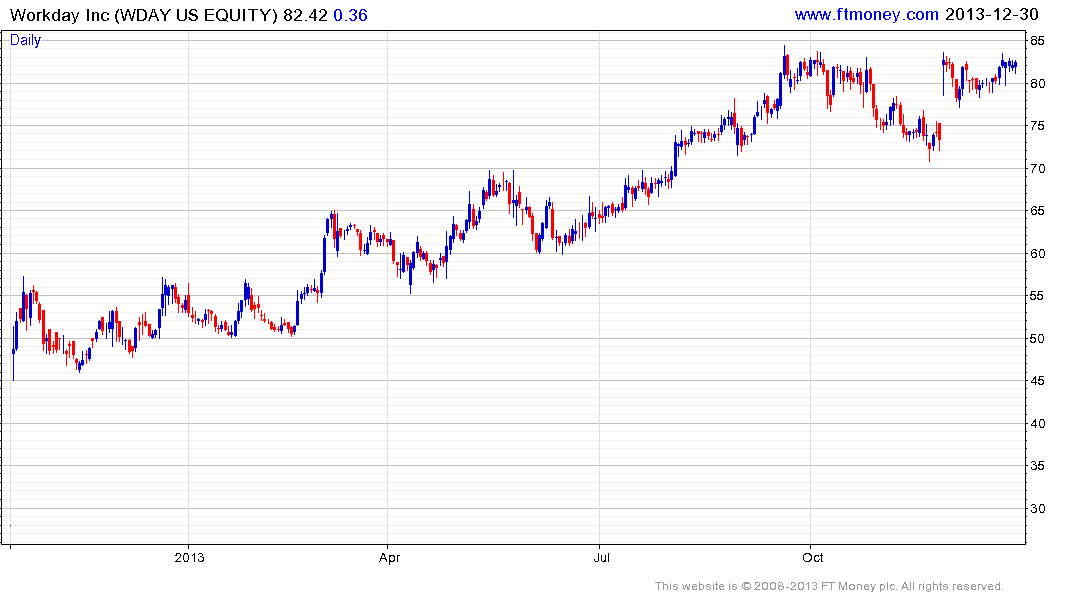 Workday markets itself as a cloud computing company for the business sector. The share has been trending steadily higher since its IPO a little more than a year ago and found support in the region of the 200-day MA at the beginning of the month. A sustained move below $73 would be required to question medium-term scope for additional upside. 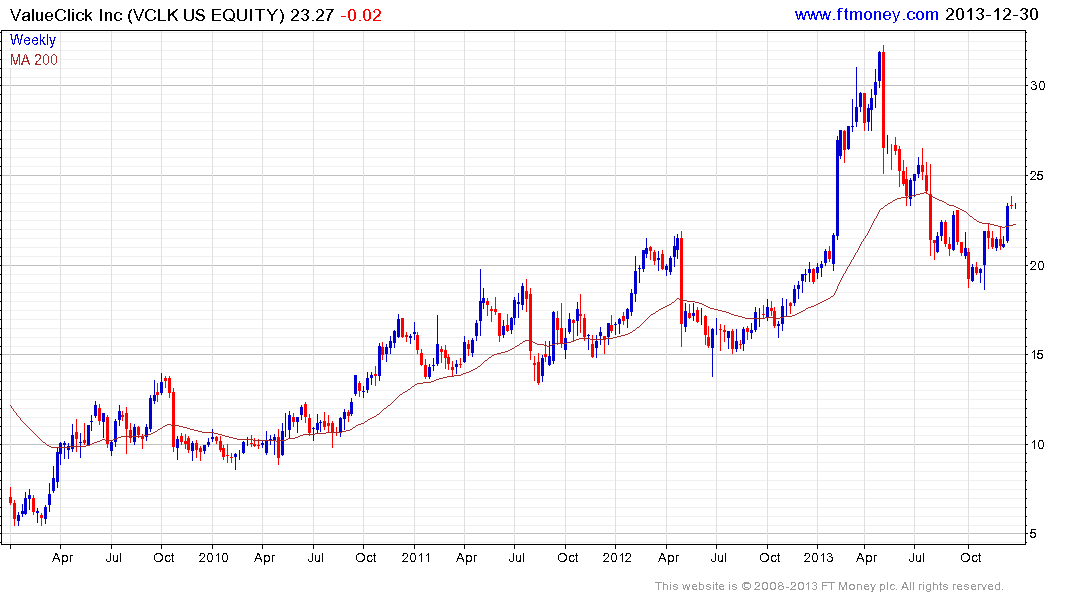 Valueclick offers targeted search engine advertising solutions. The share posted a large downside weekly key reversal in May and held a progression of lower rally highs until posting a large upside weekly key reversal in November. It rallied last week to break the six-month downtrend and a sustained move below $22 would be required to question medium-term recovery potential. 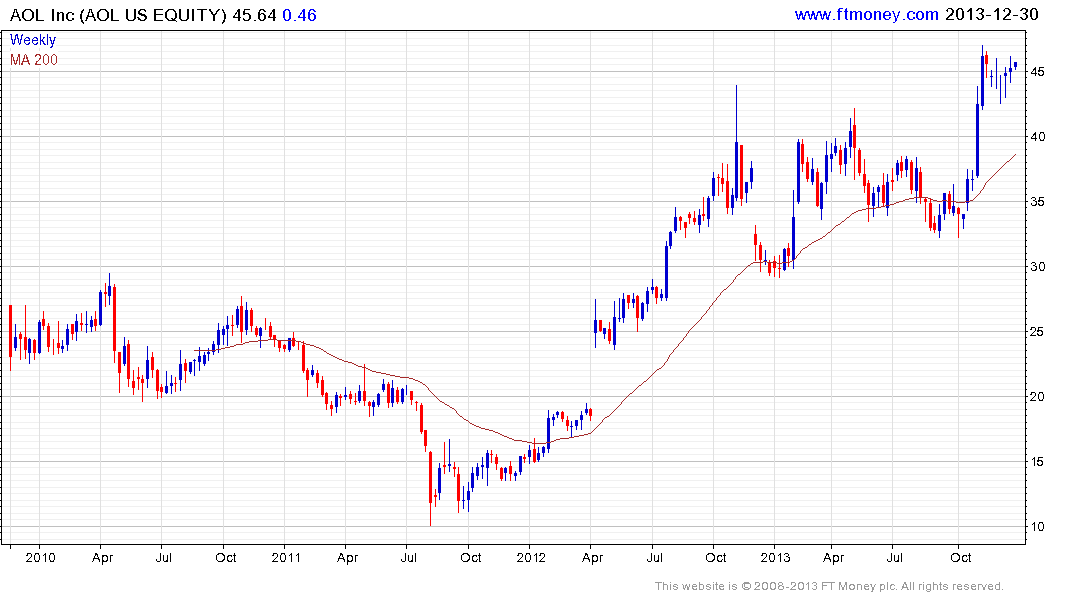 AOL completed an almost yearlong range in November and has been consolidating mostly above it since. A sustained move below $40 would be required to question medium-term potential for additional upside. 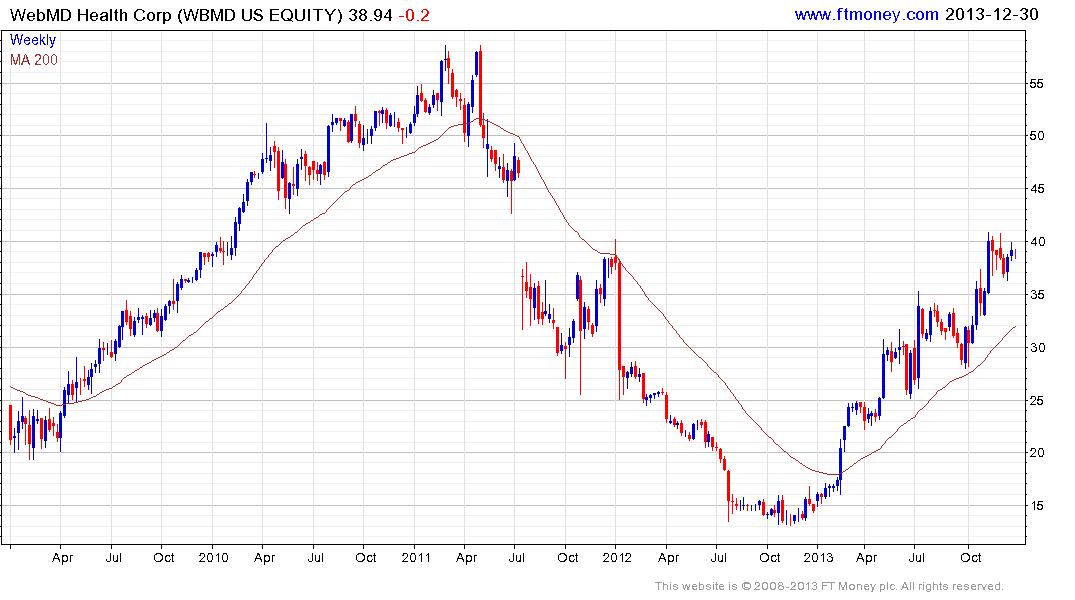 Following a tough few years WebMed’s patient information portals went revenue positive in July and the share has been trending higher since. A break in the progression of higher reaction lows, currently near $35, would be required to question recovery potential

Among US listed Chinese online companies both Sina.com and Youku.com continue to display first step above the base characteristics. 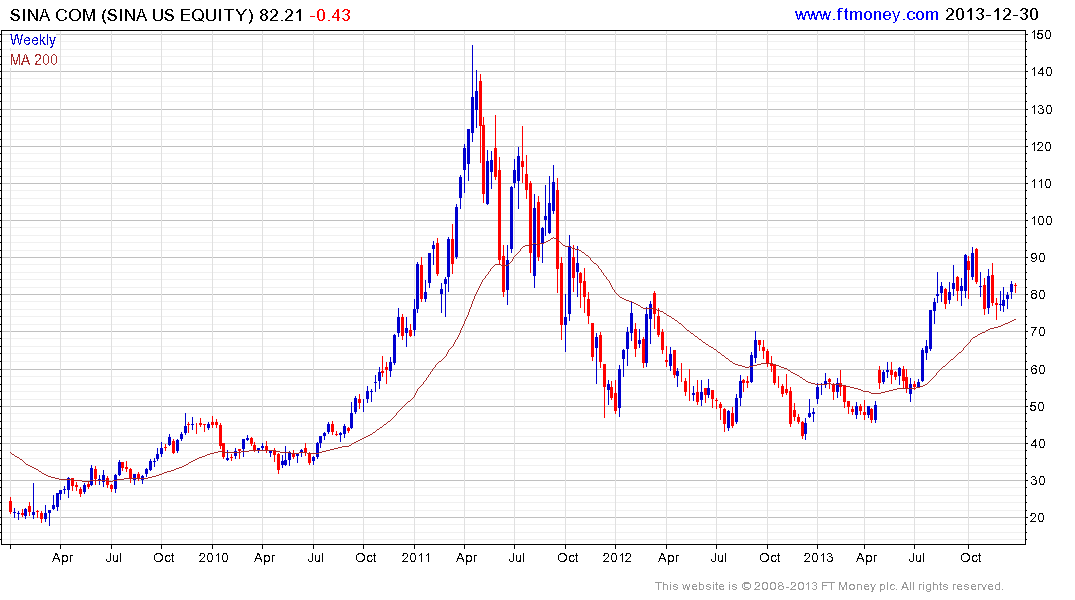 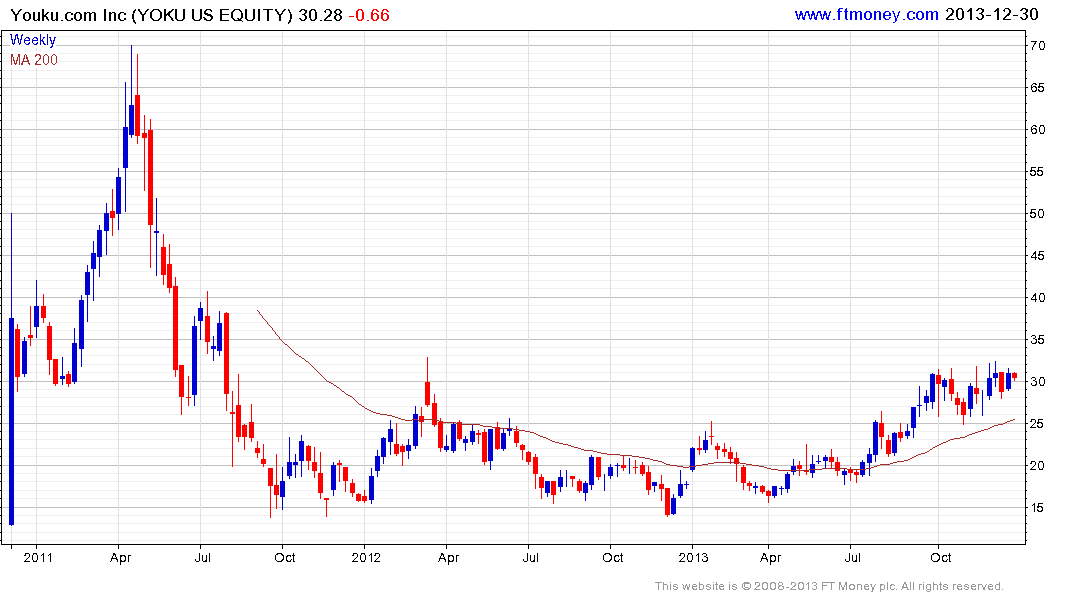