Mounting inflationary pressures are likely to make central banks more sensitive about weakness in their currencies, which could add fuel to the global tightening cycle, Goldman Sachs strategists George Cole and Michael Cahill wrote in a client note Monday.

This scenario is a regime shift from the competitive depreciation seen over the past decade as central banks acted to protect the appeal of their export markets
To offset a single percentage point weakening in the currency, G-10 policy rates would need to rise 10bps on average, Goldman analysis using a financial-conditions framework showed

Implication is higher G-10 policy rates as each central bank pressures the others, as well as “higher rate volatility relative to FX volatility”

Japan’s policy “bears watching” as the central bank’s tolerance of yen weakness has been a key anchor for global yields, Goldman said

Amid rising energy and commodity prices, a weak currency becomes a liability for importers. One of the few tools they have is to allow their currencies to appreciate versus the Dollar. 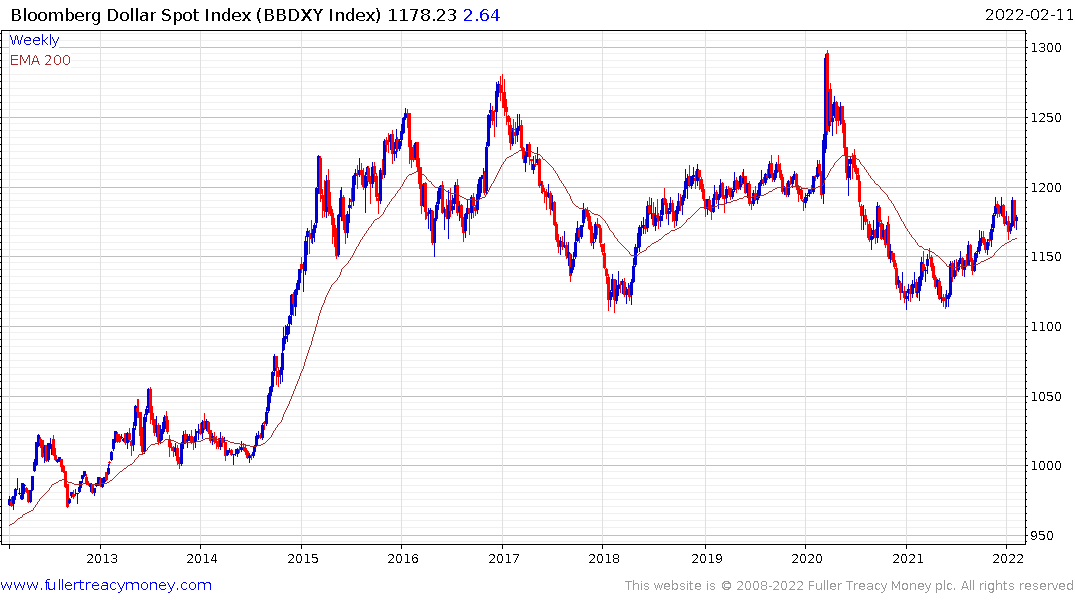 The Dollar Index is currently appreciating because the general consensus is the Fed will raise rates quicker than either the ECB or BoJ. Since both of those central banks experienced a great deal of difficulty in getting off the zero bound ahead of the pandemic, they are likely to have similar difficulty now. That’s true even if Germany is experienced surging inflation. 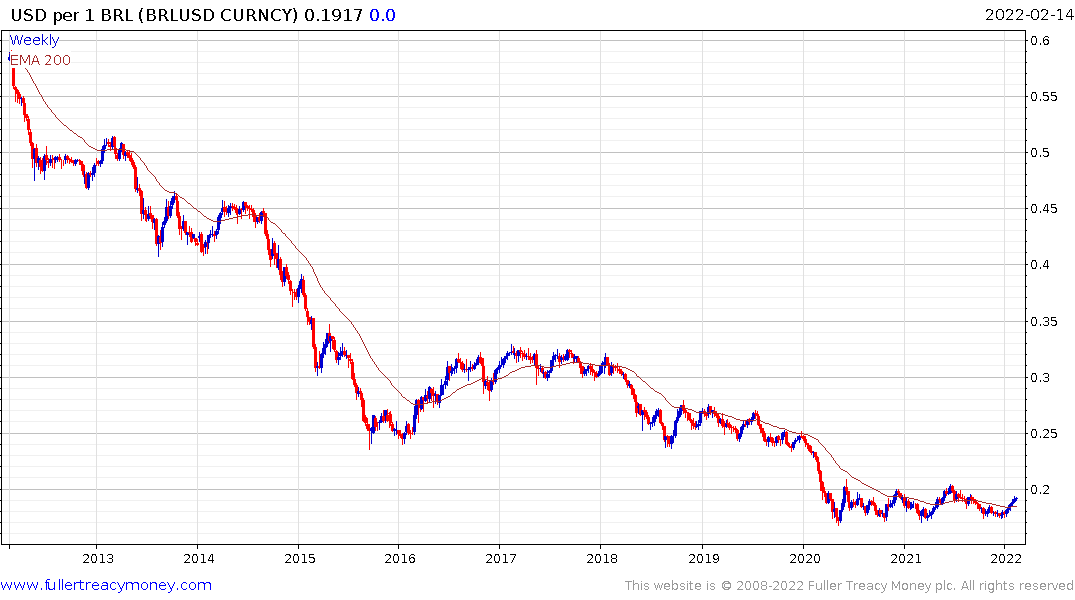 Brazil has aggressively raised rates, with the Selic Overnight rate now sitting at 10.65%. That’s helping to support the Real as it rebounds from the lower side of an almost two-year base formation.

Mexico has raised rates from 4% to 6% since June. The Peso remains steady in the region of MXN20. A sustained move through that level would confirm a transition to medium-term demand dominance. 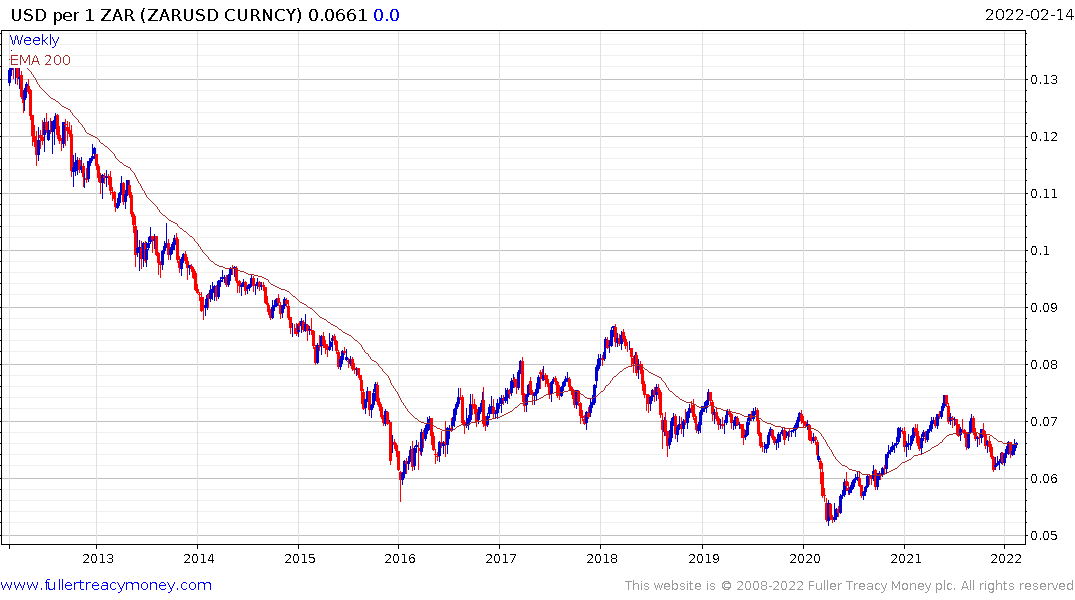 The South African Rand remains quite steady as it tests the region of the trend mean. The rate was testing that level back in 2016 too. 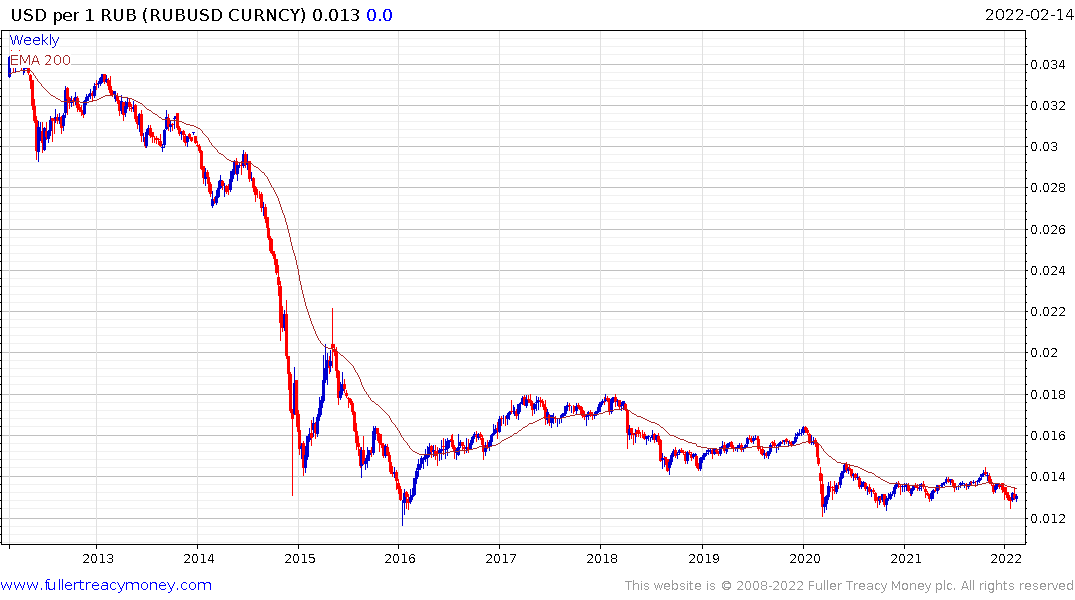 That broad volatile range is evident in other commodity related currencies too. The Russian Ruble has been ranging near RUB80 for six years. 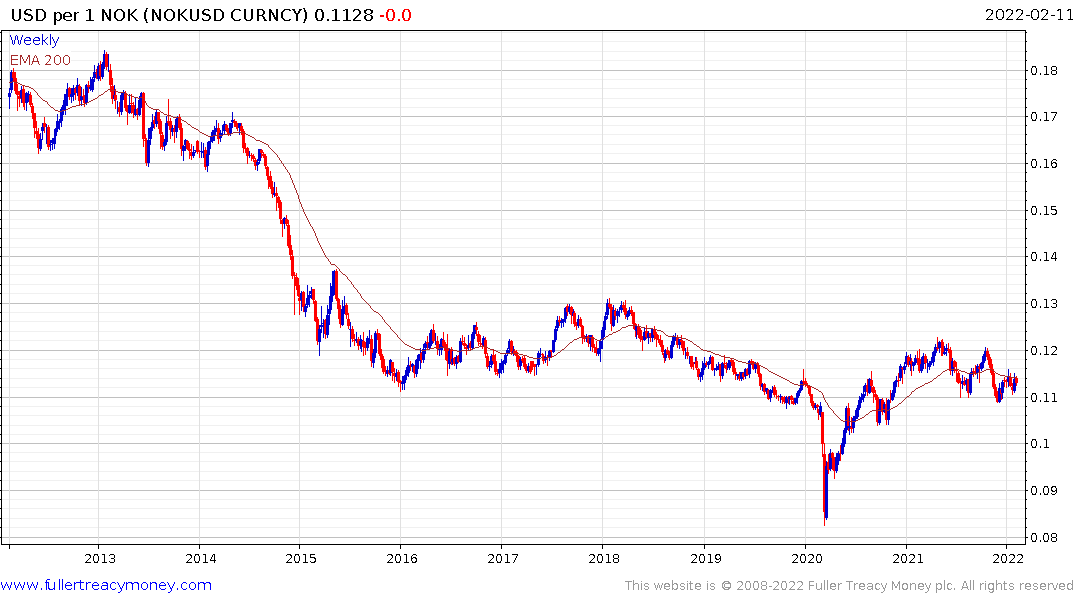 The Norwegian Krone has been holding the NOK9 level since early 2016, other than for a brief period during the pandemic panic. 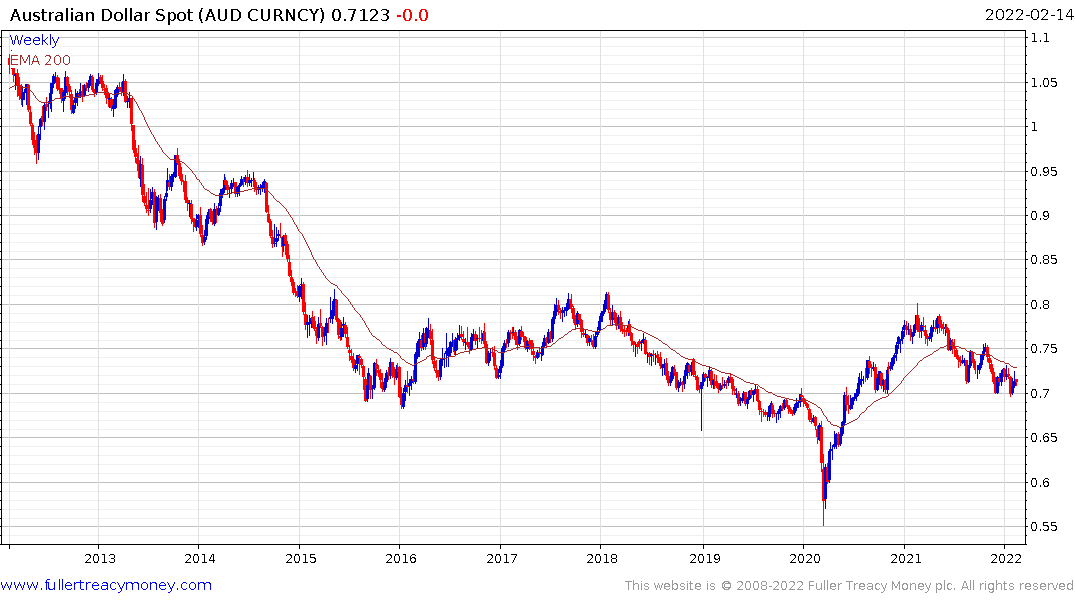 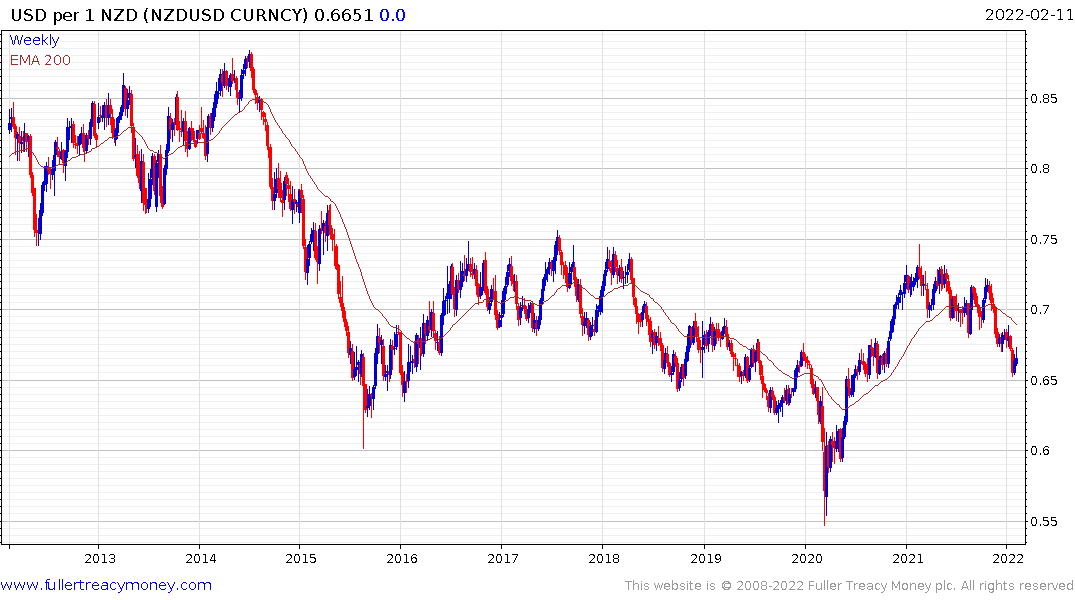 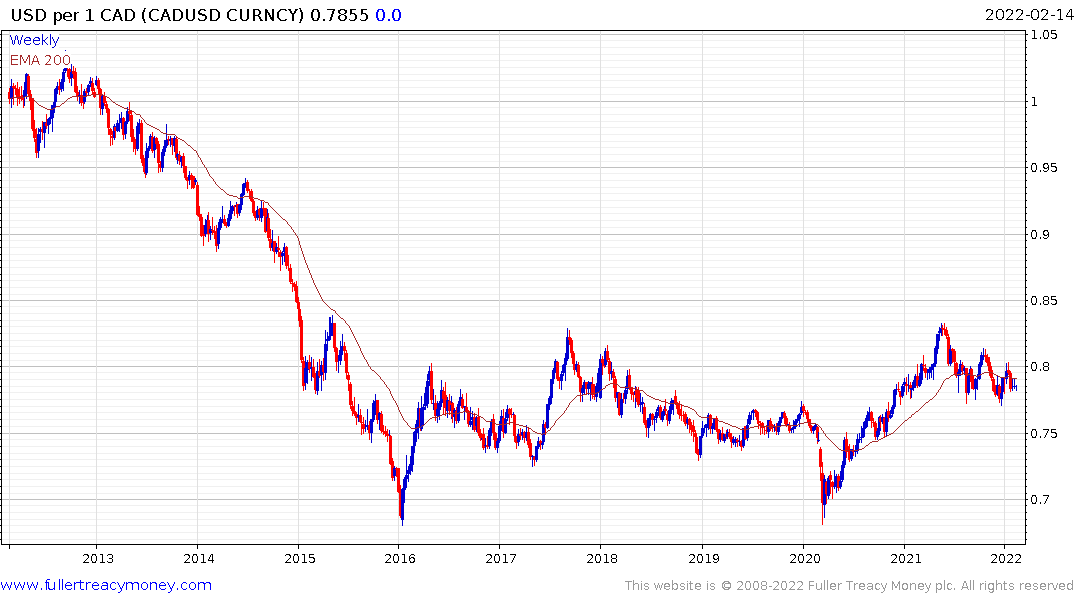 The Australian Dollar has a similar pattern. So do the New Zealand Dollar and the Canadian Dollar.

There are lots of base formations but no clear trend of commodity currencies turning to outperformance yet. It may take sustained commodity price strength to translate into the balance of payments improvements these countries require to clearly outperform.