While the vast majority of stock market sectors finished 2013 in positive territory, gold mining stocks were significant outliers. In fact they were the worst performing sector on the S&P500 losing 48% in 12 months. It is therefore notable that on the first day of trading in 2014, gold shares were the best performing sector, rallying over 4%. 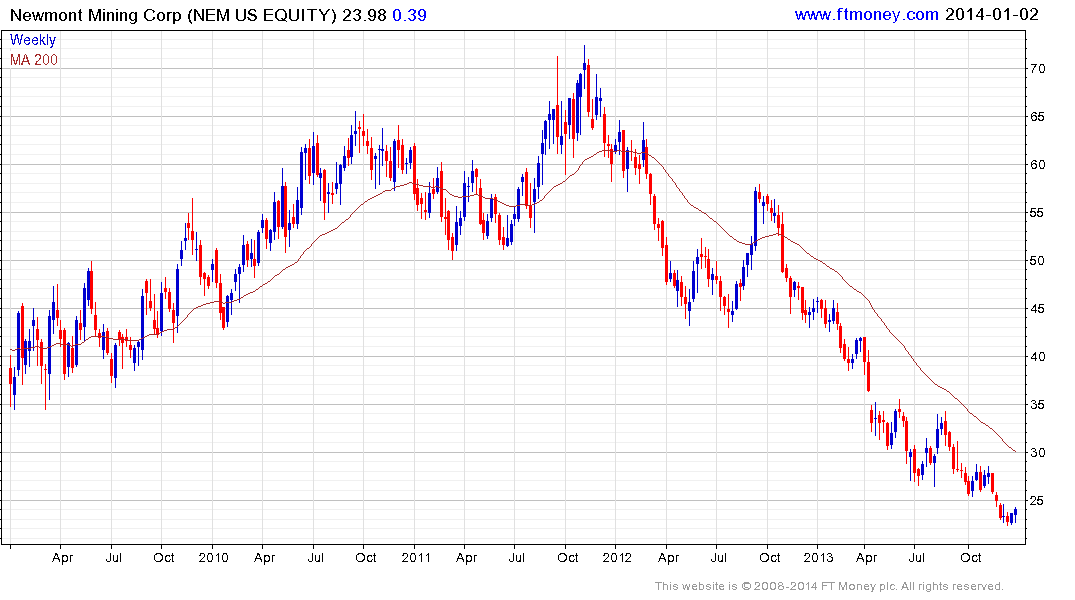 Newmont Mining was the worst performing share on the S&P 500 last year and was the second largest gainer today. A reversion back up towards the still declining trend mean may now be underway but a break in the medium-term progression of lower rally highs would be required to signal a return to demand dominance beyond the short term. 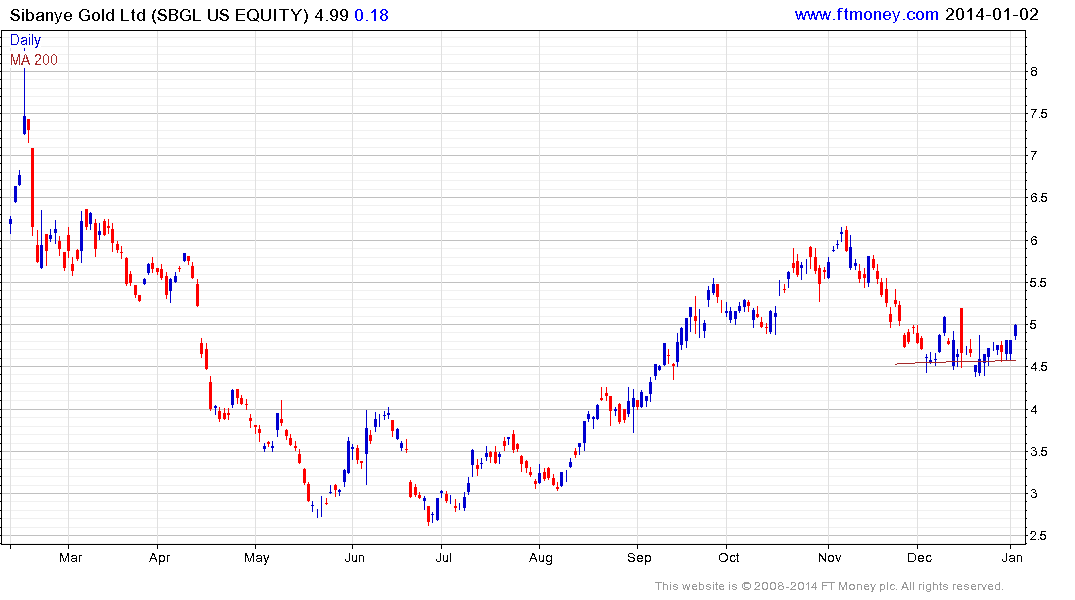 Sibanye Gold was among the best performers in what was a weak sector last year. It firmed today within its one-month range and a sustained move below $4.50 would be required to question recovery potential.