Gold surged, heading for its best week in more than three months as concerns over red-hot inflation boosted demand for the metal as a store of value.

A surprise jump in U.S. inflation sparked rate-hike speculation that the Federal Reserve may act more aggressively to contain rising prices. Gold extended gains Friday as U.S. stocks fell to session lows and Treasuries rose after the U.K. told its citizens in Ukraine to leave the country, adding to worries over long-simmering tensions with Russia. The Kremlin has repeatedly denied that it plans to attack Ukraine.

Bullion’s appeal as an inflation hedge is outweighing worries that rising interest rates will erode demand for the metal, which doesn’t offer a yield.

Gold’s ability to defy gravity amid rising U.S. yields is driven by its credentials as “an inflation hedge as well as a defensive asset during a period of elevated stock and bond market volatility as the market adjusts to a rising interest rate environment,” said Ole Hansen, head of commodity strategy at Saxo Bank A/S.

Hansen sees inflation to remain elevated with rising input costs, wages and rentals being a few components that may not be lowered by rising interest rates.  This helps gold as a hedge against the view that central banks will be successful in bringing down inflation, according to him.

Gold is unloved and if recent subscriber emails are any guide, even the faithful have given up hope. That’s usually an indication that leverage has been squeezed out of the market. When that kind of action occurs and prices don’t give up their gains, it suggests a willingness by other investors to buy dips and keep on accumulating regardless of volatility. 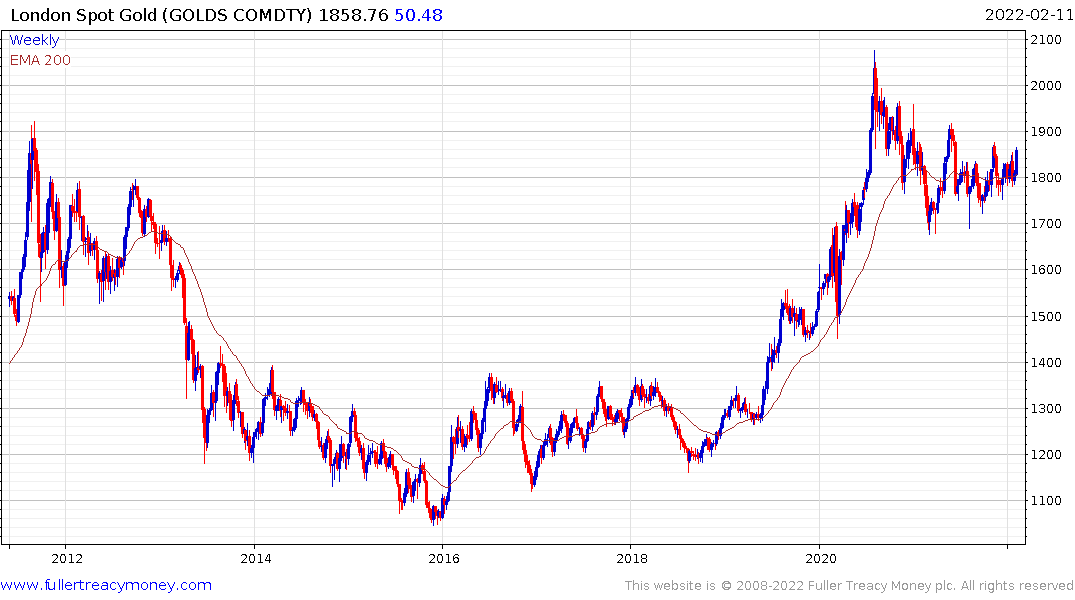 Gold broke above $1850 today for the third time since May 2021. It will need to both improve on that performance and subsequently hold the breakout to confirm a return to medium-term demand dominance.

The peak following the initial breakout from its base was in August 2020. We are now 18 months on from that medium-term climax. It was quite normal for gold to go sideways for 18 months at a time during the big bull market between 2002 and 2011 so this lengthy consolidation is not out of the ordinary. The odds are improving that today’s action represents the end of this period of frustrating volatile trading. 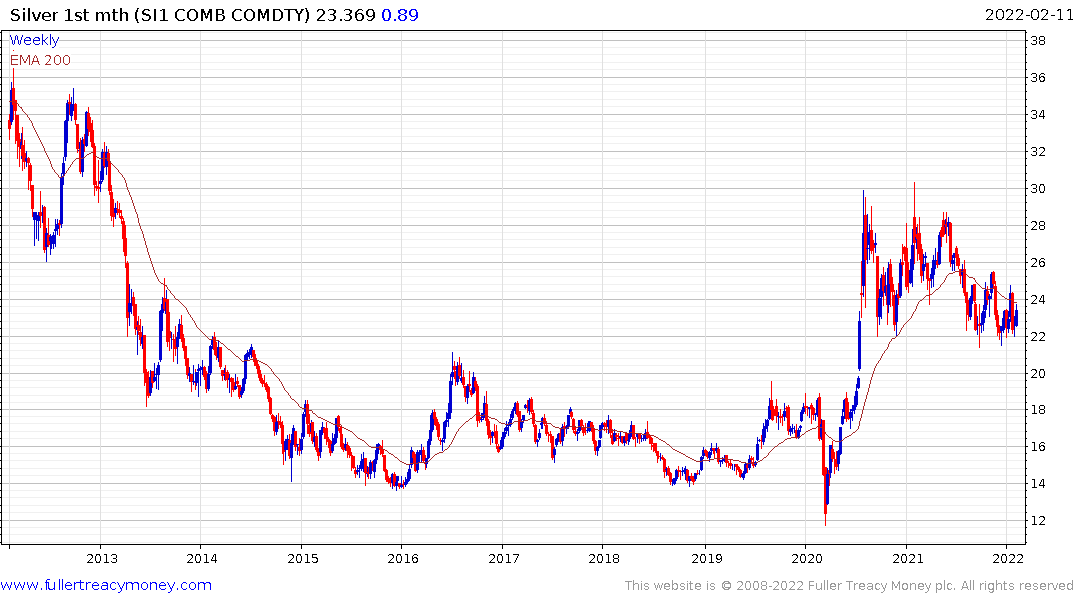 Silver continues to rebound from the lower side of its range and reversed an earlier decline today to close in positive territory.

The silver/gold ratio has gone nowhere since peaking a year ago. However, the most important point is it has held the break of the decade-long downtrend. If gold sustains bullish interest, silver has ample scope to move back into a position of outperformance.