Gold Retreats Amid Profit-Taking Before Long Weekend by Eoin Treacy

“Looking at the U.S. weekly jobless claim data, it is clear that things are not dire as they were but the upward movement in the gold price confirms that investors are wary about the continuous claim data,” Naeem Aslam, chief market analyst at Ava Trade, says in an email

“Many appear keen to start taking profit on gold as it heads toward $1,750,” said Howie Lee, an economist at Oversea-Chinese Banking Corp. “We have not seen any inclinations on interest rates to move significantly lower, while the dollar looks to have broadly stabilized”

The gold market is long and is taking some profits ahead of a long weekend, according to David Govett, head of precious metals trading at Marex Spectron Investors are “probably a bit disappointed that it couldn’t make new highs yesterday”

The Monday holiday in the USA and UK ensures two of the world’s largest capital markets are closed for business. It is not all that surprising that some money is being taken off the table in overextended markets ahead of that event. 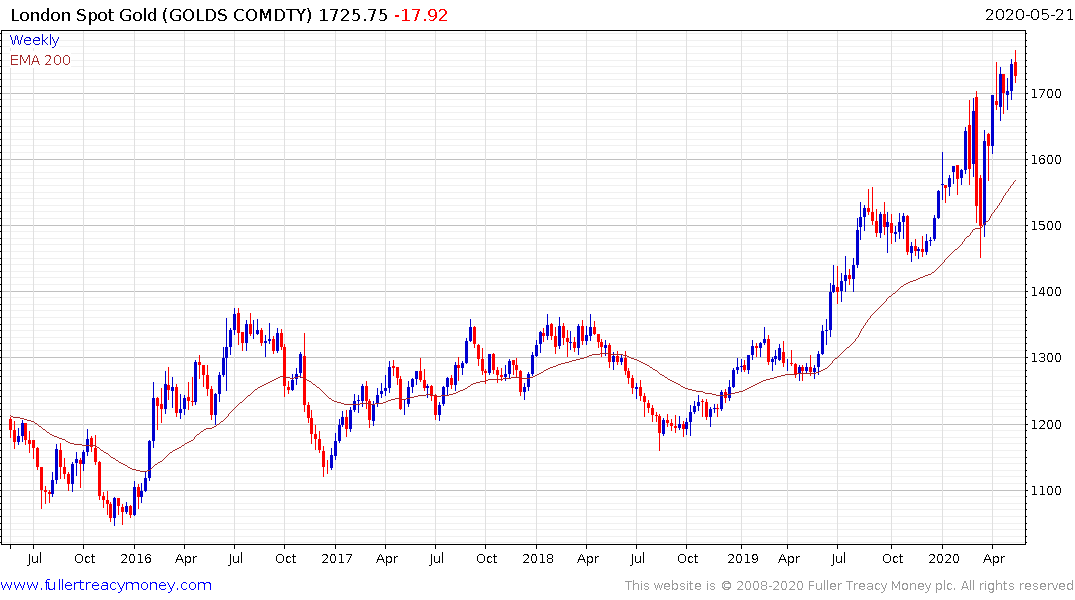 Gold failed to break back above $1800 on three occasions between 2011 and 2012. It was only $50 from that level at yesterday’s close and some consolidation in this area is likely. 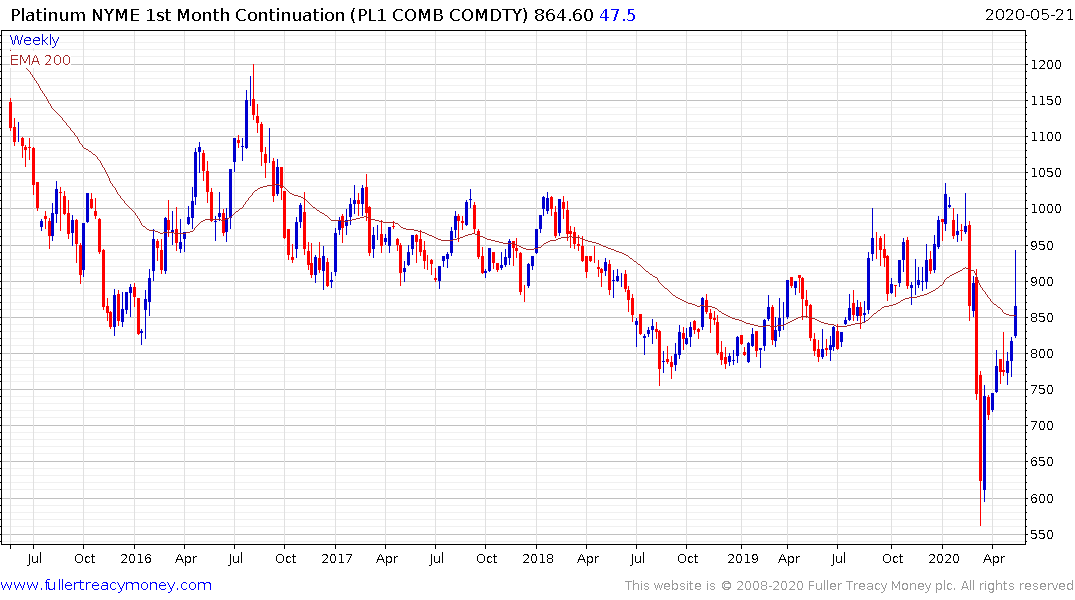 Platinum pulled back rather sharply and will need to hold today’s low to confirm another “step” is forming in the two-month recovery. 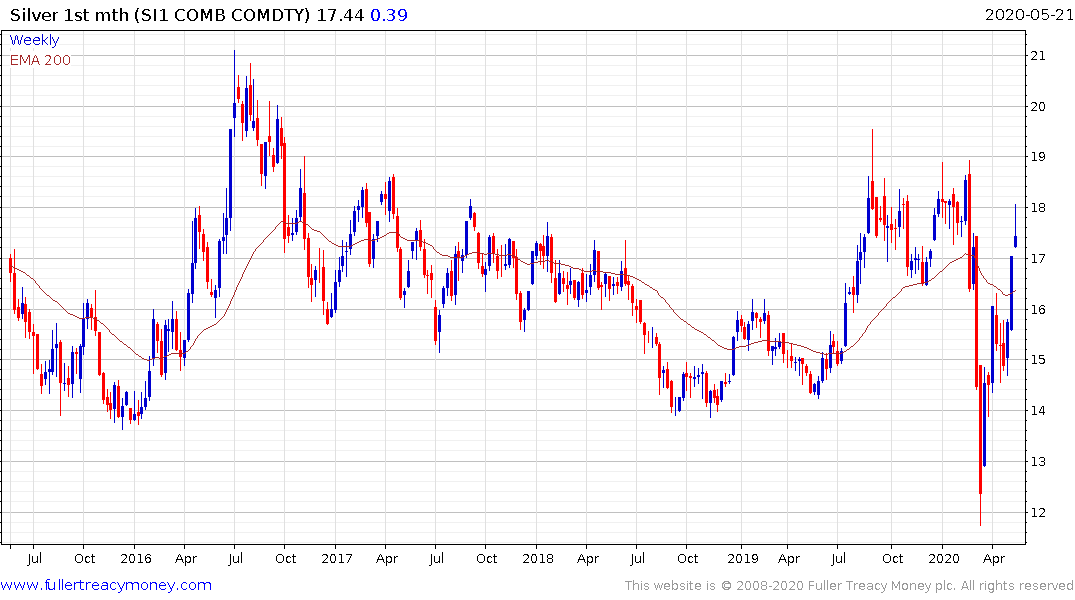 Silver also paused. In the course of the rebound from the March lows, reactions have been limited to about $1.25 so the $16.50 area is where the price needs to hold if the rebound is to remain consistent.