The price of gold could rally another 11% over the next two years, tacking on to last year’s 19% gain, according to RBC Capital Markets.

Gold prices have historically been volatile and may see some fluctuations in 2020 and 2021 on quarterly basis. On a yearly basis, however, the trajectory is likely higher, the bank’s strategists led by Christopher Louney wrote in a note.

The bullion, last year, was able to seal its best year since 2010 due to loose global monetary policy, a buying spree from central banks, the U.S.-China trade dispute and other geopolitical unrest. The rally marked a positive shift in investor attitude toward gold, which is among the main reasons why RBC is bullish on the precious metal. “Sentiment almost always plays an outsized role for gold compared to other asset classes given its unique nature,” the strategists wrote.

China announced over the New Year break it is cutting its reserve requirements and injecting additional liquidity to the economy to support growth. The clear message is we are moving progressively closer to synchronised global monetary and fiscal stimulus. That is designed to continue to support asset prices but comes at the expense of the purchasing power of fiat currencies.

Gold remains the primary barometer against which the value of other currencies is measured. Its success in holding the first step above its six-year base formation suggests investors are anxious about the outlook for other currencies. 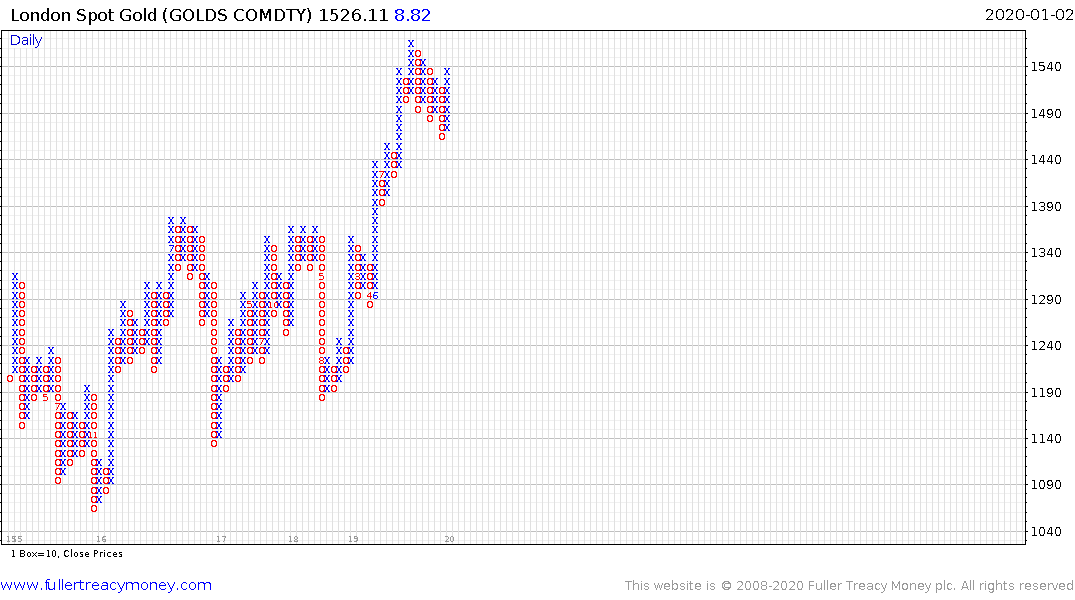 Gold rallied over the Christmas/New Year period to break its three-month sequence of lower rally highs. A sustained move below the trend mean, represented b the 200-day MA would be required to question medium-term scope for continued upside.

Silver continues to firm and appears to be in the process of breaking is three-month sequence of lower rally highs. 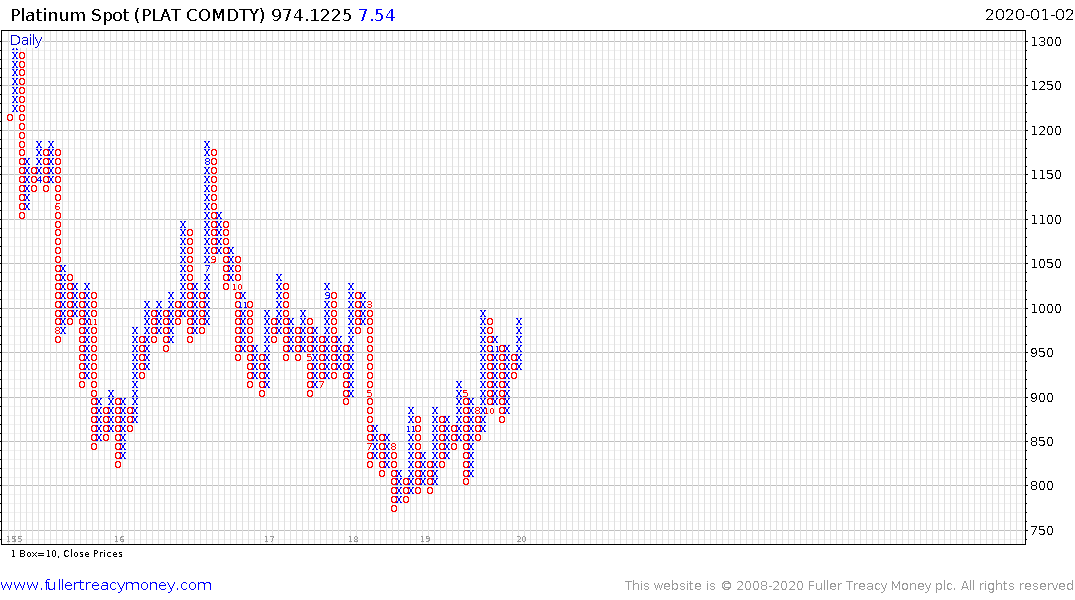 Platinum bounced nicely from the region of its trend mean and is coming back to test the psychological $1000 level. A sustained move above that level would complete the base formation. 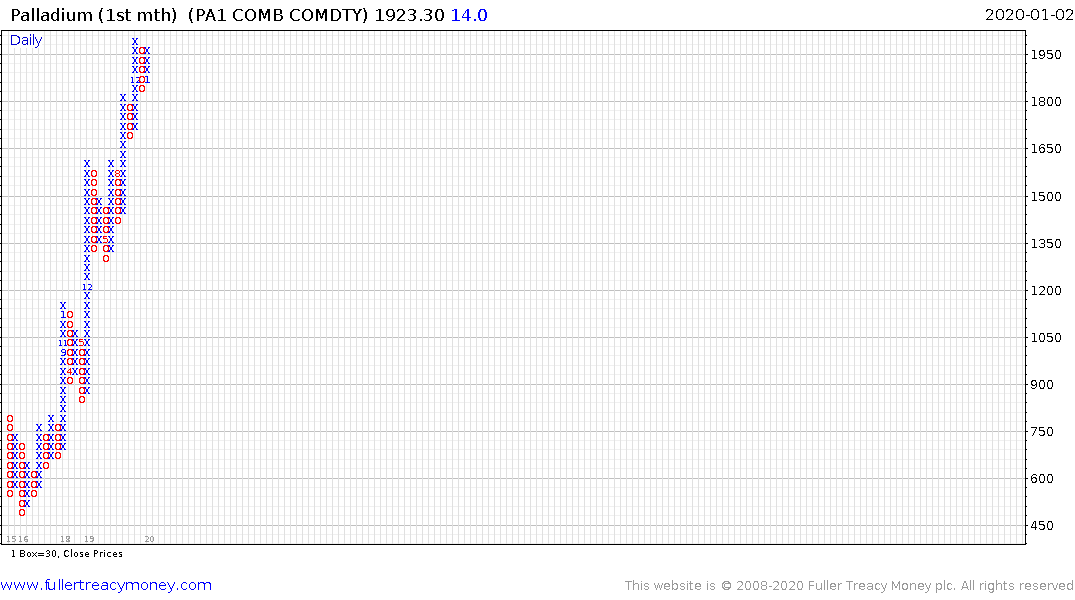 Palladium remains in steep but still consistent uptrend and bounced from the upper side of the most recent underlying range just before Christmas. A sustained move below $1800 would now be required to question the consistency of the advance. 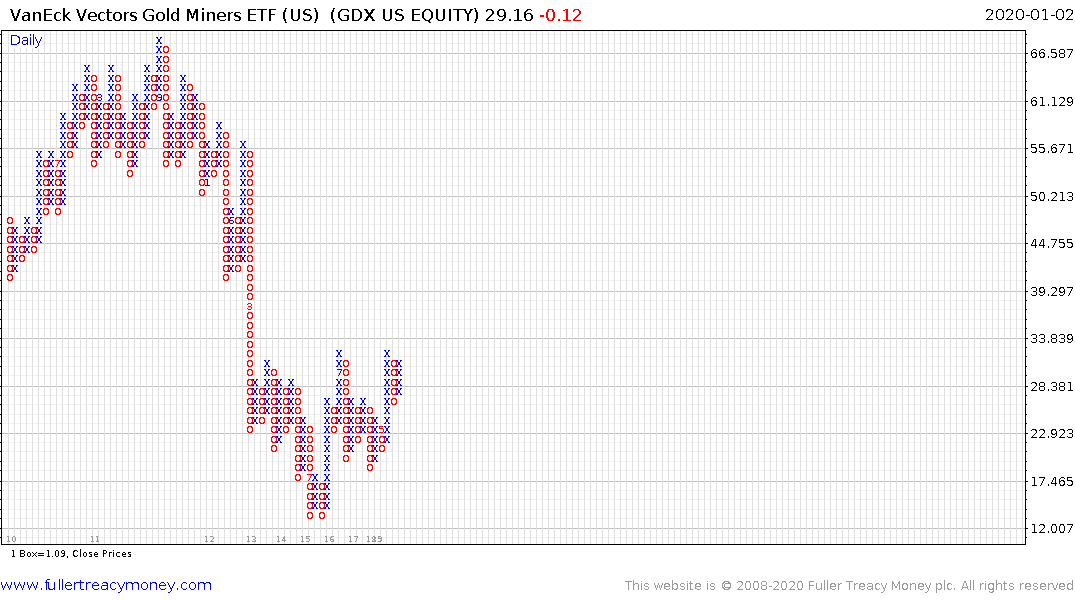 The Gold Miners ETF has been consolidating below $30 since September and a sustained move above that level would complete the 7-year base formation.