“Looks like there’s some liquidation so far this morning,” said Tai Wong, head of metals derivatives trading at BMO Capital Markets. “The dollar is slowly grinding higher, 10-year Treasury yields are back up. Longs are very disappointed that gold never broke above key resistance at $1,860-70 even as silver soared.”

The wild ride in silver fueled partly by retail investors is abating for now. Last week, posts on Reddit’s WallStreetBets forum initially called for a “short squeeze” of the metal, and that snowballed into a buying frenzy through exchange-traded funds and physical markets. But sentiment shifted after CME Group raised margins, causing prices to swiftly decline, and the volatility is being scrutinized by U.S. regulators.

The demand for gold from those who were buying as a hedge against calamity is abating and that has contributed to the correction which began in August and continues today. Gold dropped below the $1800 level and is now testing the low from back in December. A clear upward dynamic will be required to signal a return to demand dominance. 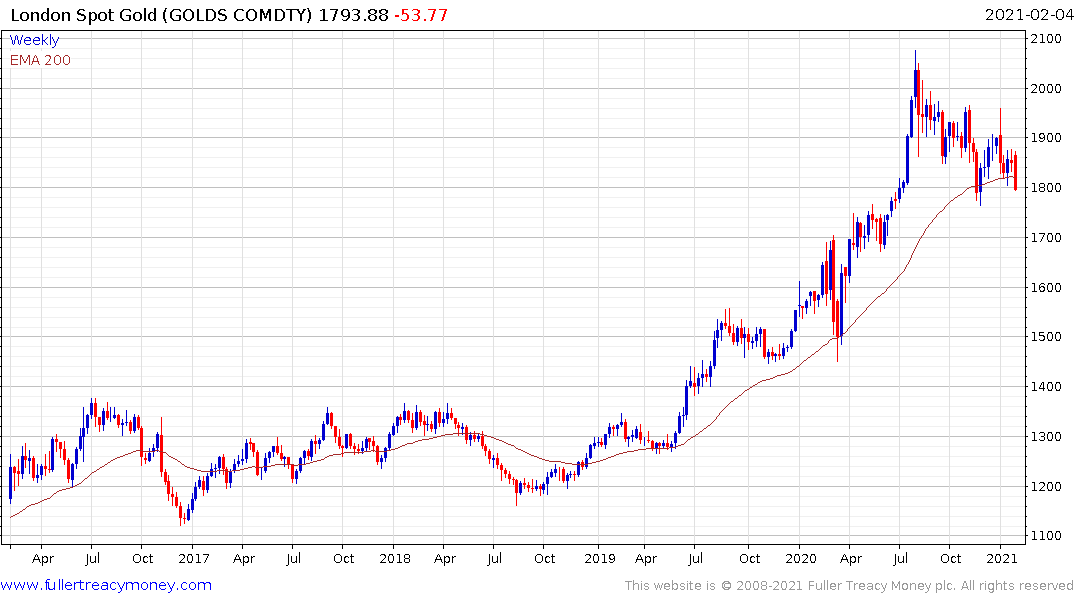 While the Dollar continues to unwind its oversold condition, the question of unfunded liabilities, the removal of an interest rate advantage and quantitative easing for the foreseeable future all point to challenges ahead. That’s particularly true as bond yields edge higher.

I intend to use further weakness in the precious metals sector to increase my position and I continue to have bids below the market. 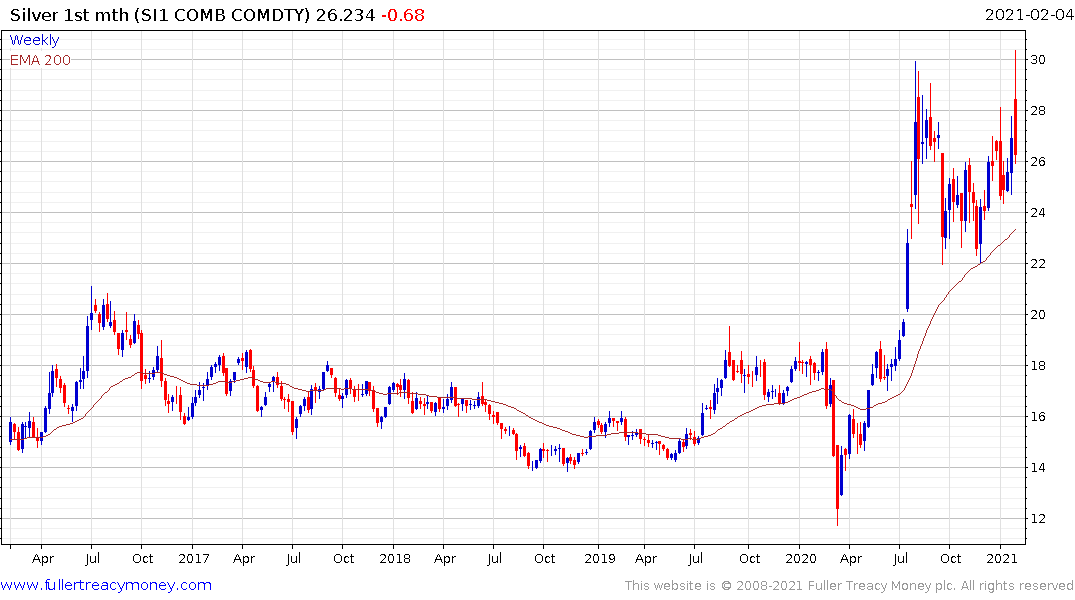 The hike to margin rates on COMEX resulted in silver giving up its two-day gain but it remains inside the range that began in August. Silver is therefore showing a great deal of relative strength compared to gold. That suggests continued acceptance of the secular bull market hypothesis and the likelihood that all gold is seeing is a medium-term correction within an overall bull market.