Gold miners back in the game
Comment of the Day

Gold miners back in the game by Eoin Treacy

Our favourable view of gold is based on the following factors:

Lingering uncertainty in the Eurozone since the Brexit vote;

Risks associated with China’s debt and debt: GDP ratio at ~$30 trillion and >200% which could force the People’s Bank of China to mobilize selling additional US treasuries to support the yuan and reduce capital outflows; and

Risks to the US dollar as balanced with the upside from potential modest rate hikes offset by potential instability post US elections. Call this the Trump factor! Although the US dollar is broadly inversely correlated with gold (r2 is 0.54), the (inverse) correlation with real rates is a better predictor for gold.

The conditions noted above have driven investors back to gold as an alternative safe-haven with no opportunity holding cost when compared to almost one third of global sovereign bonds trading at negative yields. Global ETF holdings are at a level last seen in May 2013 (Figure 4). In addition, COMEX net speculative positions in gold are at a multi-year high, which poses some risk of sell-off liquidations (Figure 5).

It is worth noting that the recent pullback in gold from this year’s near-term high of $1,360 is due to a certain level of political stability in Britain, but more importantly stronger US economic data triggering a reversal in bond yields and US dollar. Gold initially shrugged off the strong June employment data but last week’s manufacturing and retail sales data led to an acceleration in expectations of a fed funds rate hike by December (currently 45%). Nonetheless, we see this pullback as healthy and would look to accumulate gold equity exposure on weakness.

The gold mining sector is offering leverage to the gold price for the first time in a decade following a painful process of rationalisation that squeezed management expansion plans and forced a return to a focus on cash flow. It is being helped by the fact that gold and gold miners are among the few sectors not hitting new all-time highs and therefore represent relative value and potentially catch up potential. 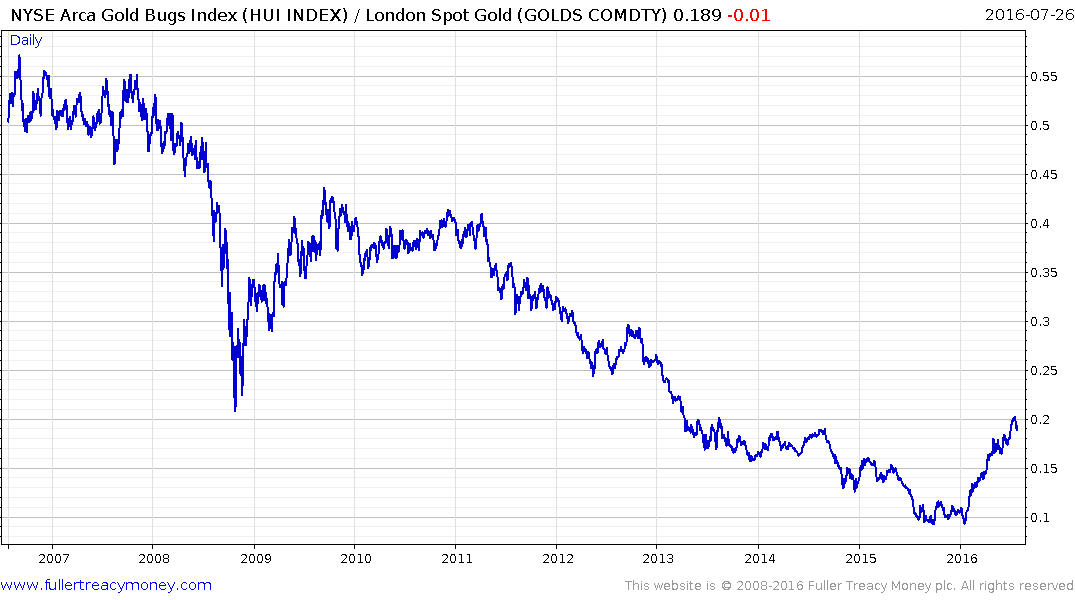 The NYSE Arca Gold BUGS Index / Gold ratio rallied from January to break a six-year progression of lower rally highs and continues to hold a progression of higher reaction lows. 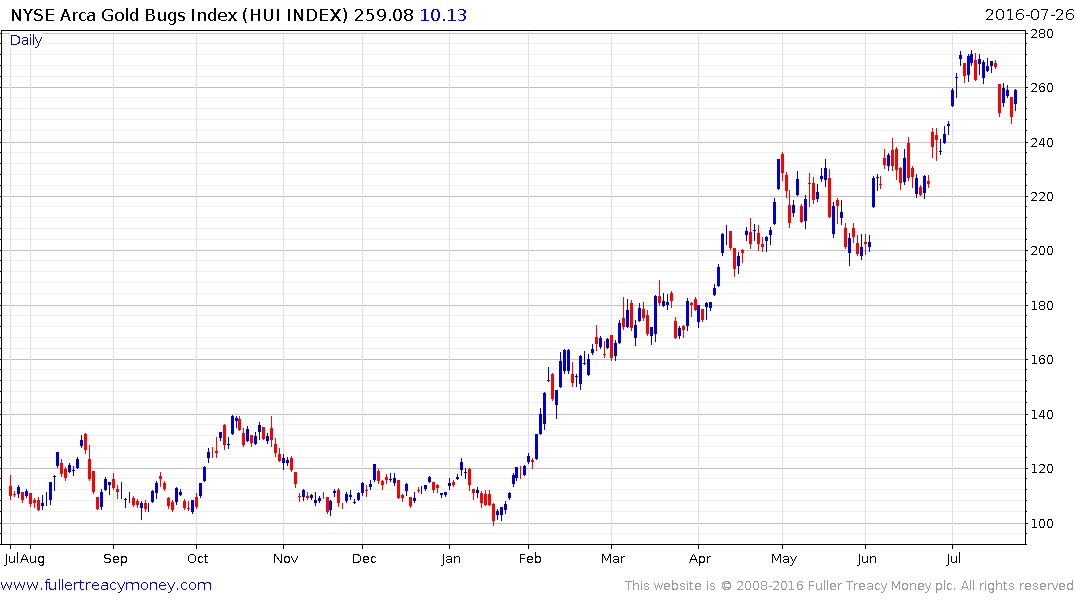 The NYSE Arca Gold BUGS Index remains in a reasonably consistent uptrend defined by a progression of higher reaction lows and the largest reaction since the January low has been in the order of 40 points. A sustained move below 240 would now be required to signal a deeper process of mean reversion is underway. 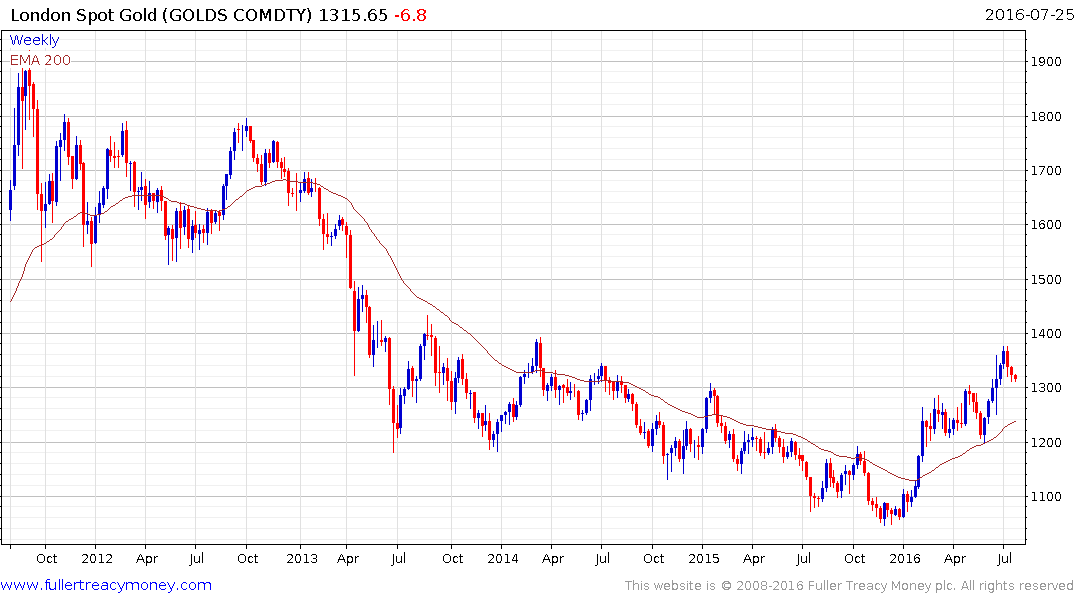 The gold price continues to consolidate its earlier advance but the reaction to date has been modest relative to the rally and a sustained move below $1250 would be required to begin to question medium-term recovery potential.