Gold in the Age of Eroding Trust
Comment of the Day

Gold in the Age of Eroding Trust by Eoin Treacy

Trust is the basic value of interpersonal cooperation and the cement of our social order. The erosion of our “trust capital” can be observed in many areas of society.

The breakdown of trust in the international monetary order is manifesting itself in the highest gold purchases by central banks since 1971 and the ongoing trend to repatriate gold reserves.

Gold reaffirmed its portfolio position as a good diversifier as trust in the “Everything Bubble” was tested in Q4/2018. While equity markets suffered doubledigit percentage losses, gold gained 8.1% and gold mining stocks 13.7%.

The normalization of monetary policy was abruptly halted by the stock market slump in Q4/2018. The “monetary U-turn” that we already forecasted last year has begun.

Recession risks are significantly higher than discounted by the market. In the event of a downturn, negative interest rates, a new round of QE, and the implementation of even more extreme monetary policy ideas (e.g. MMT) are to be expected.

When it comes to trust in investments, our vote is clear. Trust looks to the future, forms itself in the present, and feeds itself from the past. Gold can look back on a successful five-thousand-year history as sound money.

Gold is a monetary metal and therefore is best valued like a currency rather than as a metal, stock or bond. Of course, currencies are generally income producing but if the last decade has taught us anything that is not always the case. One of the clearest arguments for owning gold in the aftermath of the credit crisis were the negative interest rates that prevailed which made gold alluring by comparison. With similar conditions arising now, the big question many people are asking is why gold hasn’t done better? 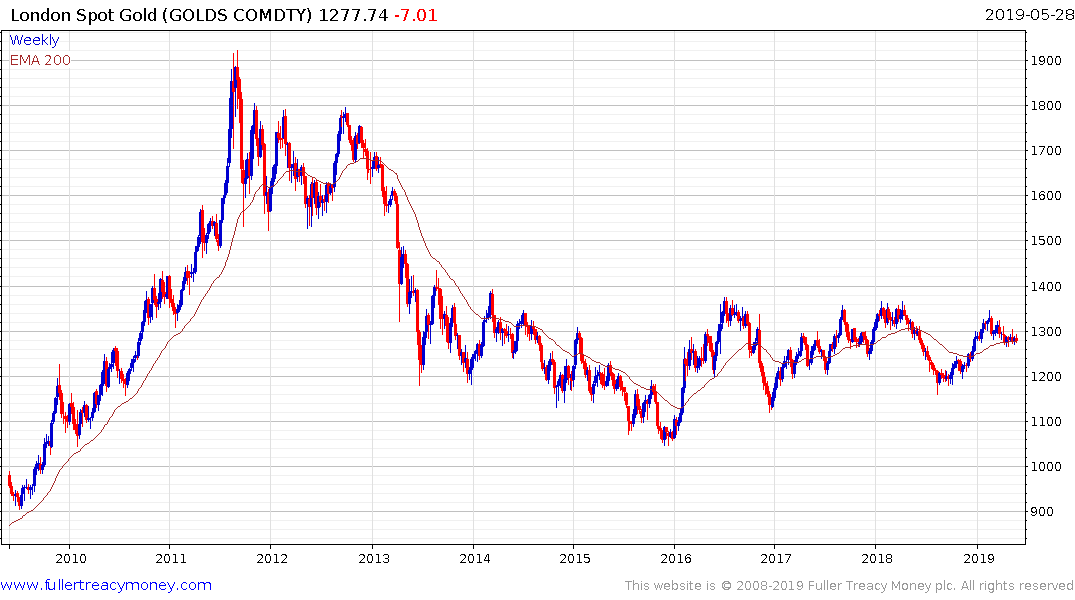 Gold is just about holding its own when denominated in US Dollars. Since the Dollar has been particularly strong, not least because the Fed has been restricting supply, gold has not been outperforming. 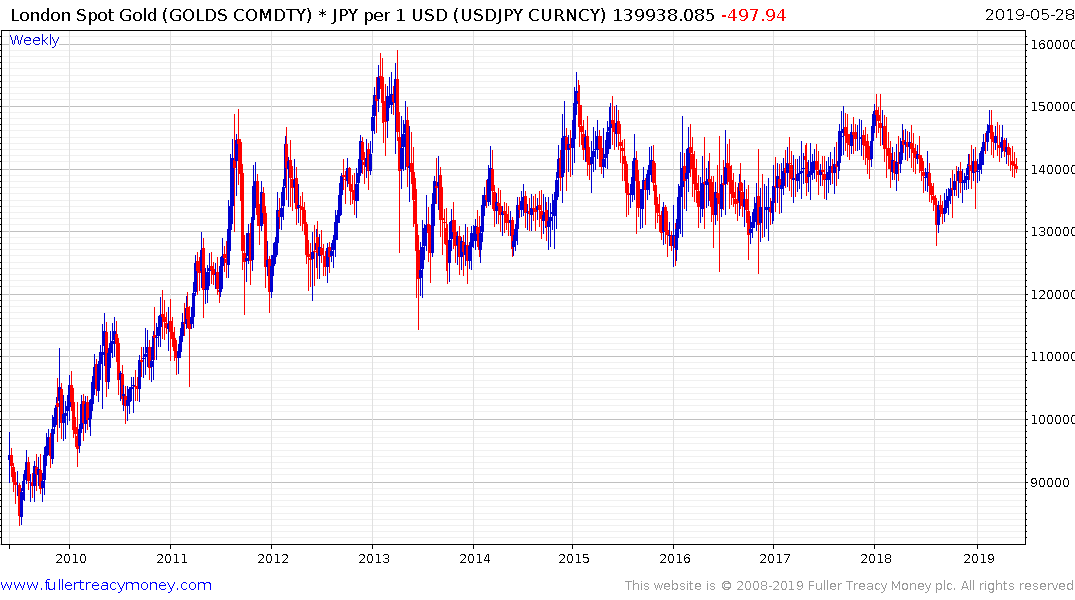 It has been ranging below ¥140,000 against the Yen since 2013 and is currently easing back from that level once more. 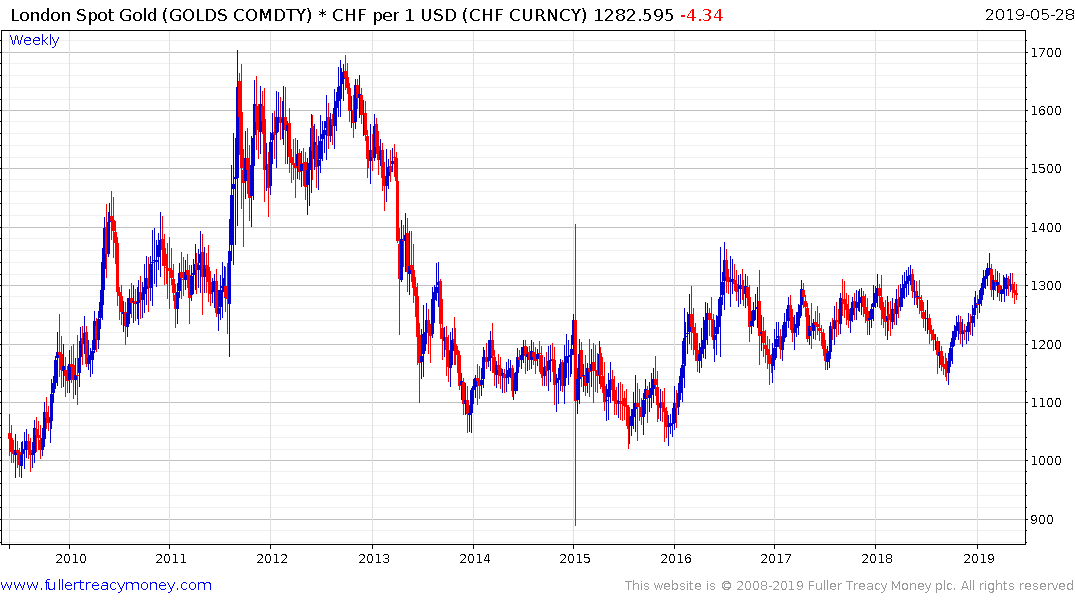 Gold is also pulling back from the upper side of its range against the Swiss Franc. 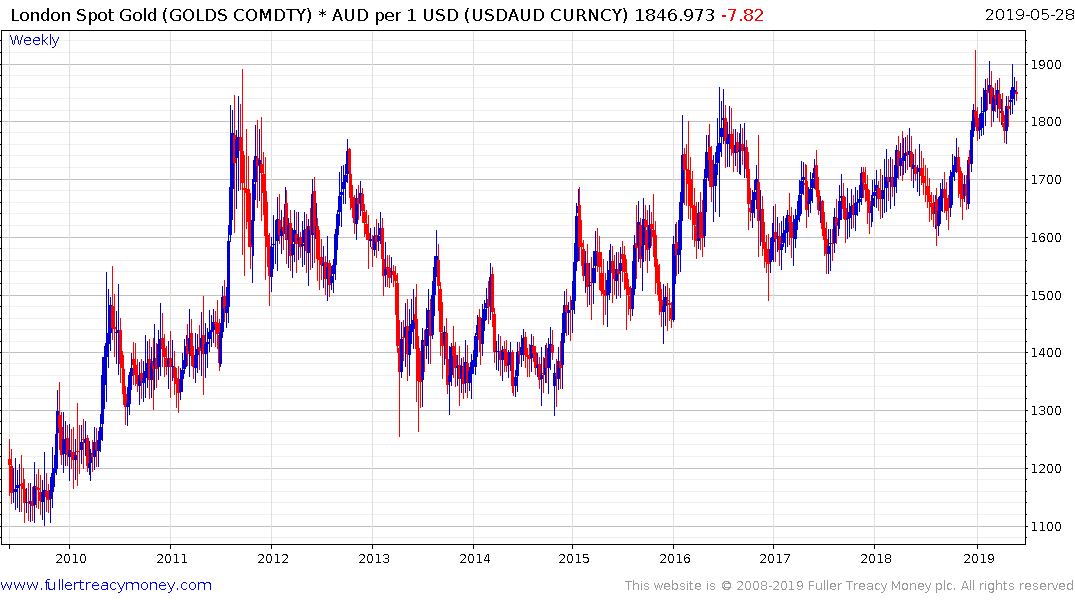 However, when we look at gold’s performance in other currencies, we get a better picture of its performance. For example, it is consolidating above the 2011 peak against the Australian Dollar. 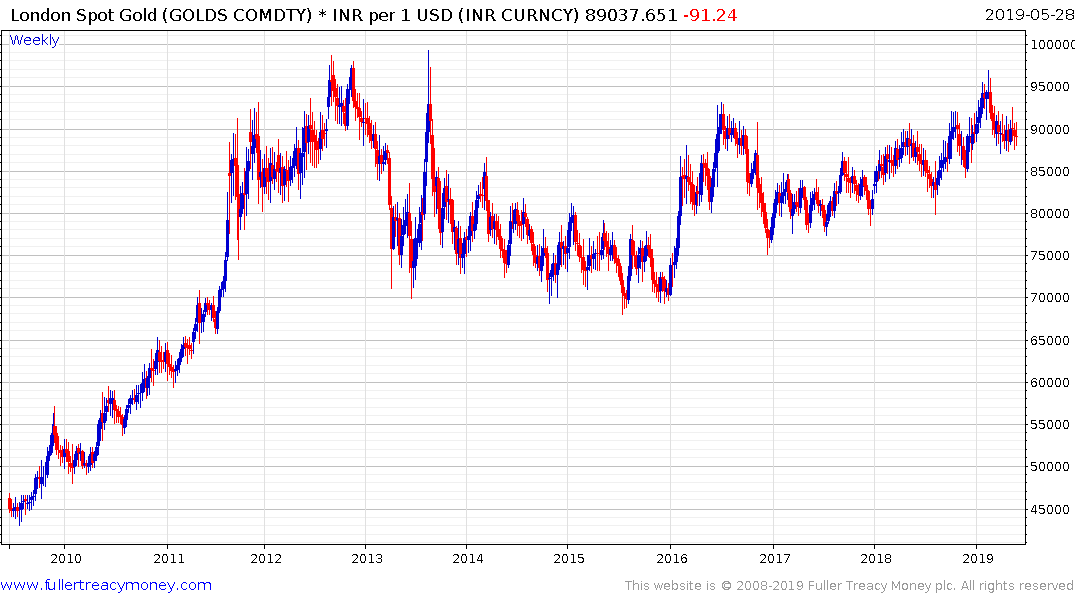 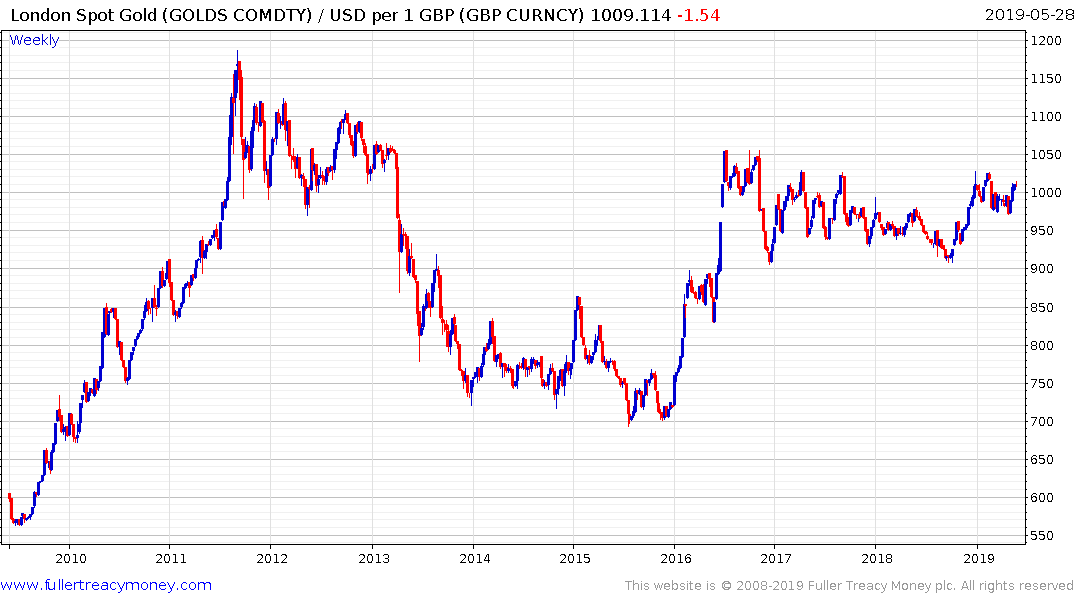 It rallied to break a more than two-year downtrend against the British Pound late last year and continues to consolidate in the region of the psychological £1000 level. 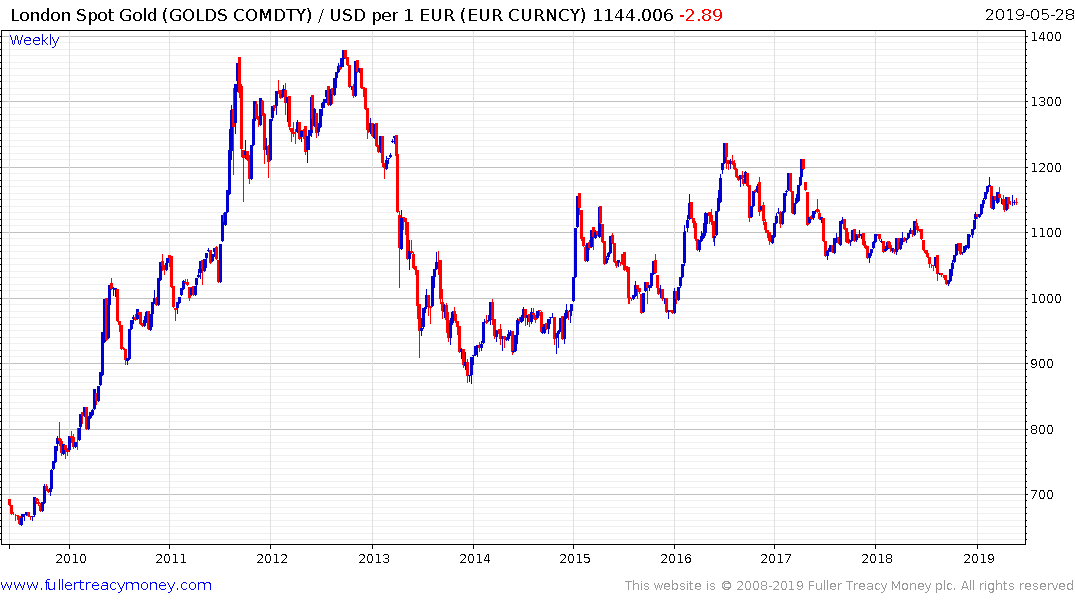 It exhibits a similar pattern against the Euro. 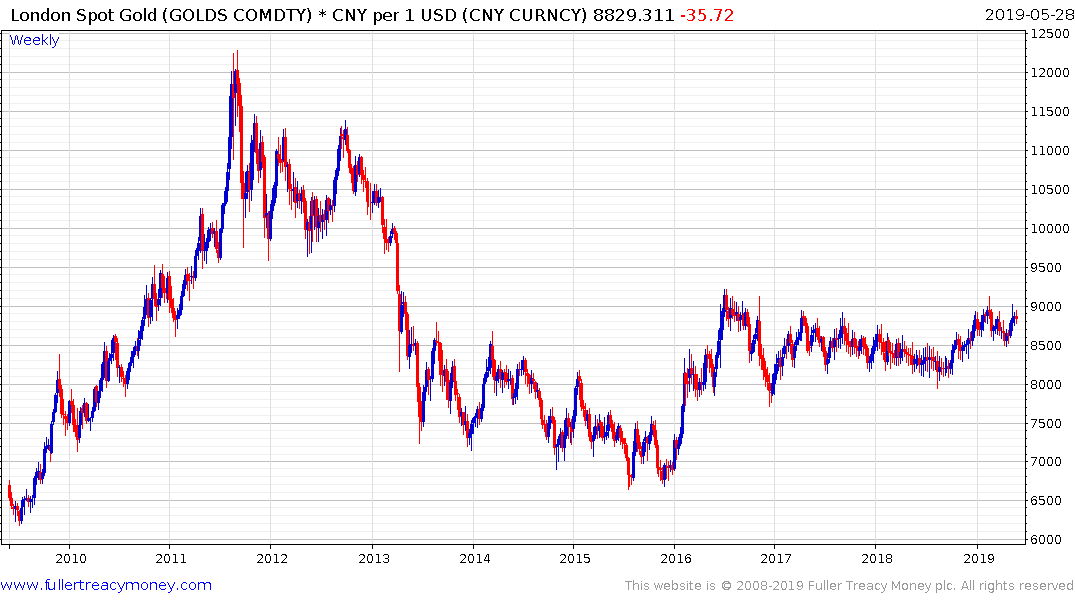 Gold also broke a medium-term sequence of lower rally highs against the Renminbi last year, and a sustained move above CNY9,000 would signal a return to medium-term demand dominance.

On aggregate, we can conclude gold is underperforming the traditional safe haven currencies but is outperforming the weaker ones. Of the above charts, it is gold’s performance in Renminbi that draws my eye. China is the largest producer of gold and is also a major consumer. With pressure on the Renminbi testing the CNY7 area and gold at CNY9000, where one goes the other is likely to follow.