Using the dollar gold price, as most of us do, has disguised what is actually quite a powerful bull market. If my memory serves me right, we saw the same phenomenon - a stealth rally in minor currencies - ahead of the last major gold bull run (in dollars) in the late 1990’s. Arguably this may be a very good leading indicator.

Faulty yardsticks also takes us onto wealth management. Measuring our net worth in local currencies, we might be rather pleased with ourselves - smug even. However we chose to ignore the fact that the yardstick is not a constant … it is shrinking and sometimes really quite fast. It’s the natural corrosive effect of inflation. Knowing this, governments give us a gauge for yardstick shrinkage to use such as RPI or CPI, to reassure you that the shrinkage is minimal… and then lie about it.

In the US, the Chapwood Index is highly regarded as it reflects the true cost-of-living increase. Plainly and simply, the Index shows that incomes can’t keep up with expenses, and it explains why people increasingly have to turn to the government for entitlements to bail them out. The basis of the Index is fully open to scrutiny and if correct suggests Americans have been losing roughly 10% of their wealth each year since 2014. Half of it gone. This compares with the official government figure of 1.9%. Ronald Reagan called inflation “the thief in the night” and it is built for times just as this. It gives the appearance of being wealthy (maintaining high nominal values) while eroding your actual position - which manifests itself in far higher costs on the other side.

Interestingly, gold has seen an average year-on-year gain of about 10% compounded since 2000 - off-setting those real losses - which reaffirms in our mind that it continues as a reliable yardstick against which to measure costs or indeed wealth. In short, gold has maintained what economists call “purchasing power parity” for millennia. So not only is it an excellent yardstick - its actually quite a useful thing to own - especially if you fear wealth erosion. If you haven’t already read this, you must - see :Jastram’s Golden Constant

Many crises invariably start with stealth inflation and then follows currency weakness - so gold gets expensive and then it blows out significantly higher in your local currency. Then you realise that the lifeboat has sailed … the choo-choo train has left the station.

Governments’ fetish for fiscal stimulus is once again being engaged on a global basis and that is raising the same old questions about the integrity of their currencies and the loss of purchasing power associated with efforts to inflate the debt away. Gold is not making new highs against all of the currencies mentioned in this article but it is certainly firming against many of them.

As a monetary metal, gold tends to attract a great deal of interest when it is appreciating in most currencies but most especially against the primary reserve currencies like the US Dollar, Euro, Yen, Pound and Renminbi. 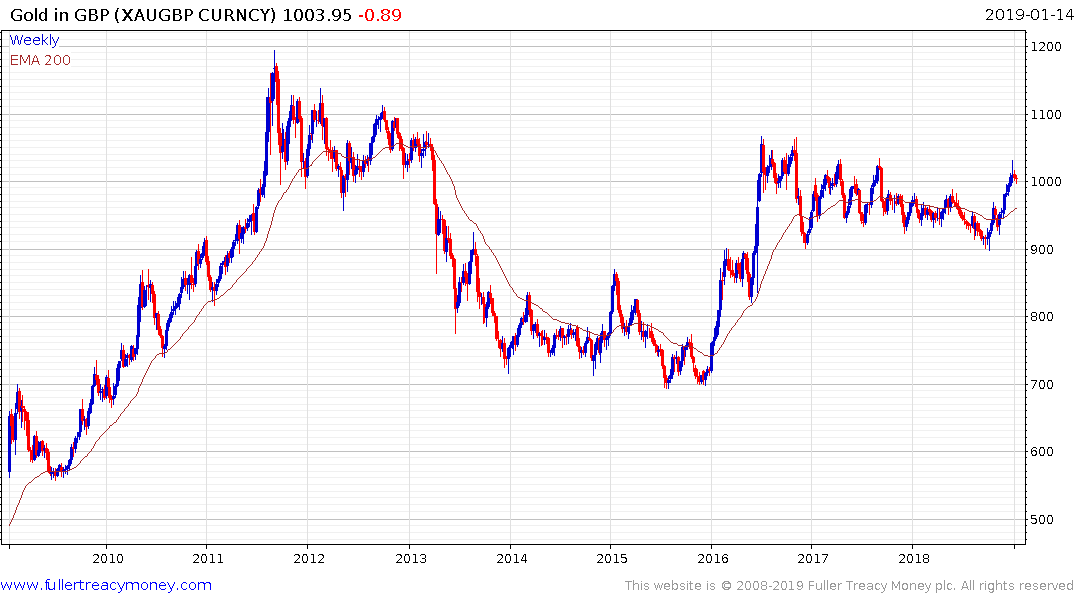 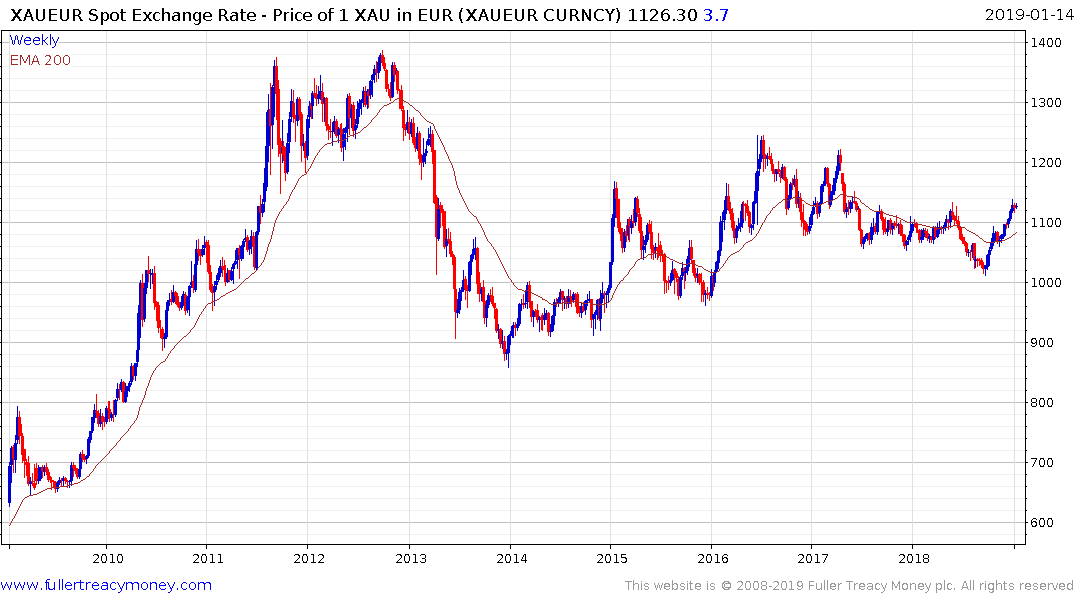 Gold has now broken its downtrend against the Pound and is pressuring its 2018 peak against the Euro. 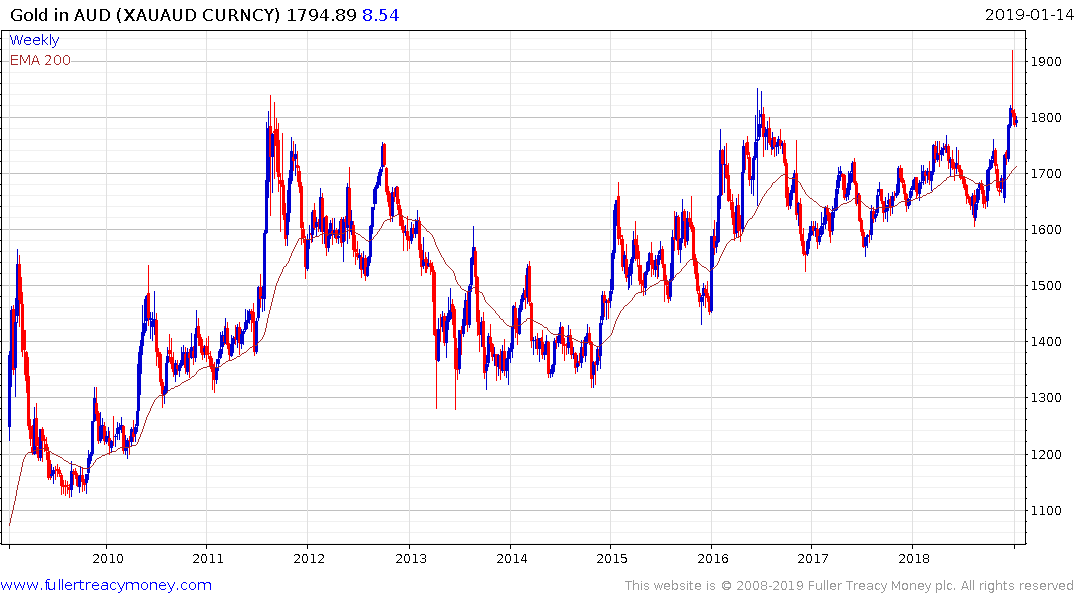 It hit a new all-time high against the Australian Dollar last week and is now consolidating in the region of $1800. 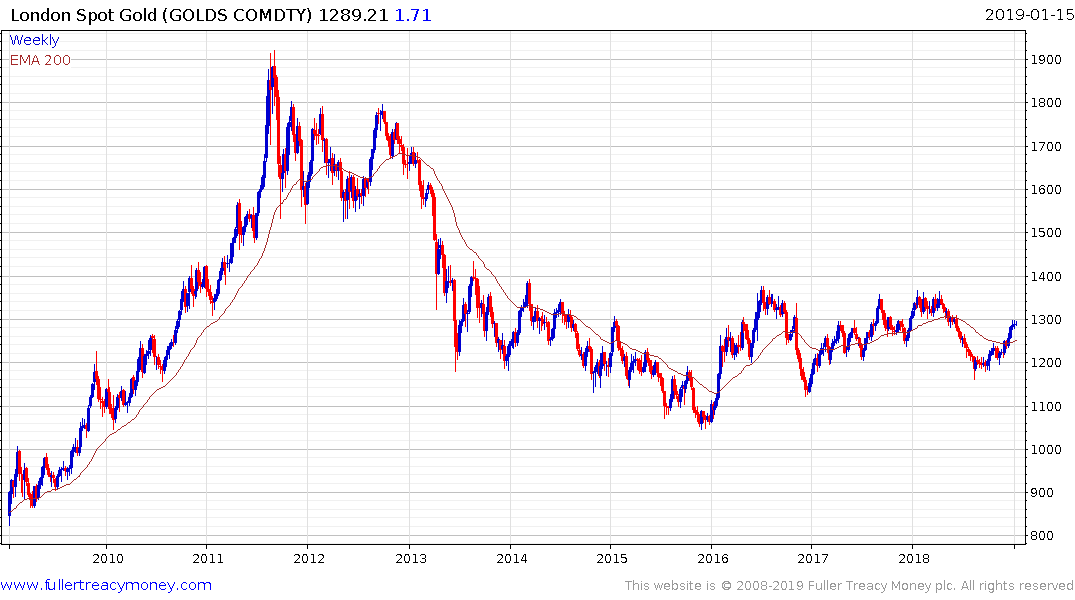 It remains in a medium-term range against the US Dollar but is trending towards the upper side.