Gold Heads for Biggest Drop in Seven Years on Rising U.S. Yields
Comment of the Day

“You had stronger PPI data out and I think when that data came out the market had another look at rates and expectations.” Exchange-traded fund investors also took a breather, seeing back-to-back outflows for the first time since June. On Friday, State Street Corp.’s SPDR Gold Shares, the largest gold-backed ETF, saw its biggest outflow since March. Meanwhile, a Bloomberg Intelligence gauge of senior gold miners dropped the most intraday since March, down as much as 5.7%.

From a medium-term perspective gold does best in a negative real interest rate environment. The inverse correlation between TIPS yields and gold over the last two months has been very tight because investors have been actively seeking a hedge against devaluation of purchasing power. 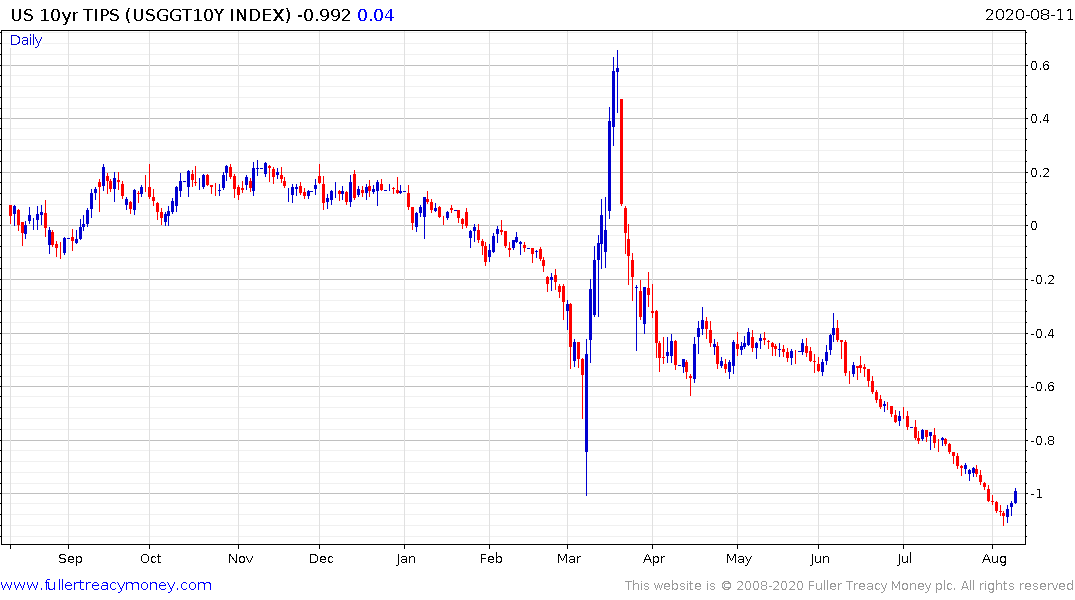 The TIPS yield has risen for three days in a row and may be about to unwind its overextension relative the trend mean. There is little prospect of the absolute yield level moving back above zero in the next few months so that does represent a medium-term tailwind for gold. However, the immediate risk is gold is also liable to revert towards its mean. 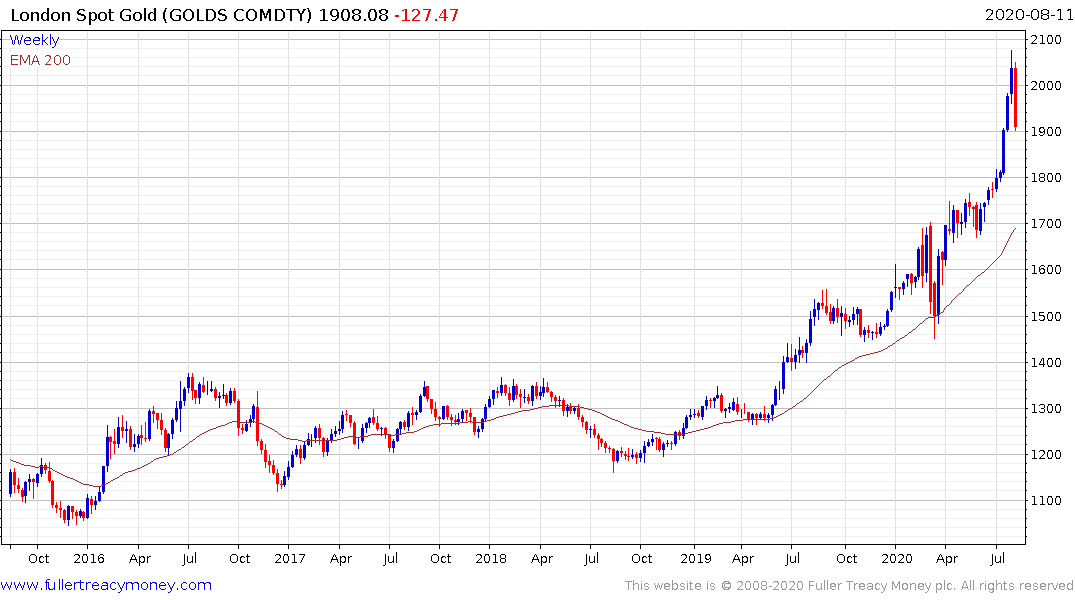 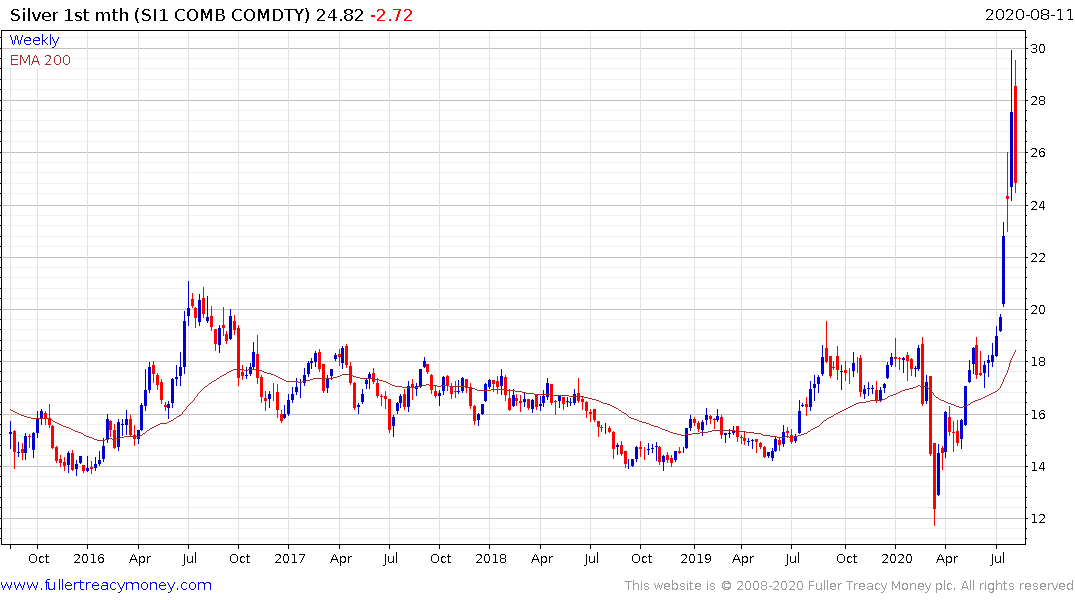 Silver did not follow through on Friday’s downside key day reversal yesterday but it made up for lost time today to signal a peak of at least near-term significance. 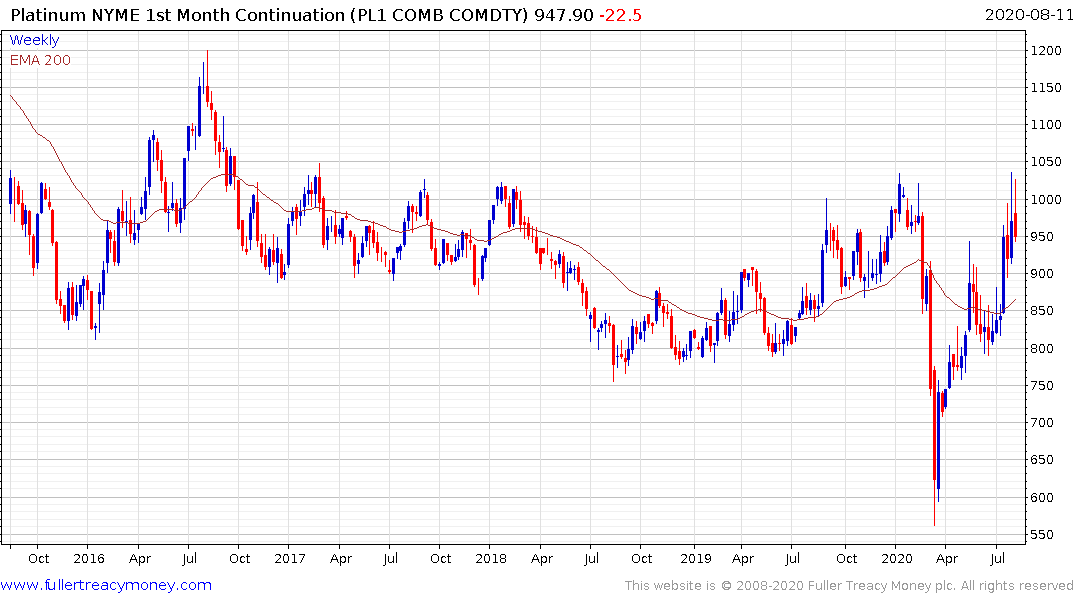 Platinum failed against at the $1000 but is much less overextended than either silver or gold.

Precious metals are capable of explosive breakouts which tend to surprise on the upside. These moves are often capped with large downward dynamics like we have just seen. Swift pullbacks and periods of ranging generally follow these explosive moves. The breakouts from the last range generally hold. That suggests the next favourable entry opportunity will likely be presented over coming weeks. 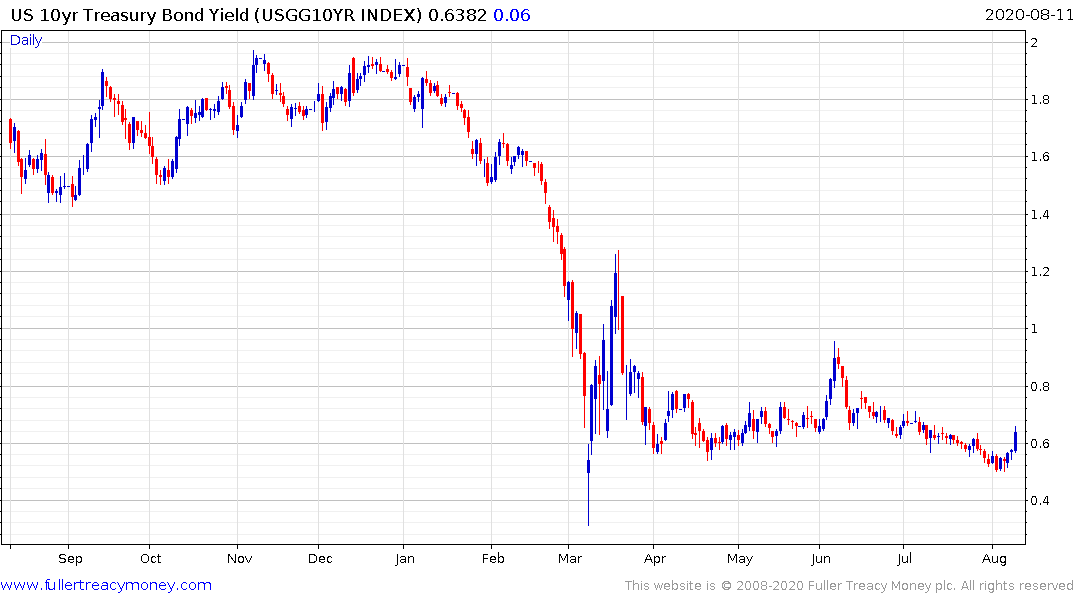 The just in 10-year Treasury yields today also suggests an end to the very quiet trading which has characterized the market for the last few months. The yield has now broken its sequence of lower rally highs and a retest of the 1% is beginning to look more likely.