Gold Fields Ltd. said a turnaround at its giant mine in South Africa is starting to pay off after more than a decade of losses that’s weighed on the Johannesburg-based company.

South Deep, which sits on the third-biggest known body of gold-bearing ore, almost tripled the net cash it generated to $97 million in 2021 as production rose and the rand strengthened. Output at Gold Fields’ last South African mine is expected to climb a further 30% over the next three to four years.

That will complete a turnaround after years of financial bleeding that was compounded by power shortages, labor unrest and regulatory uncertainty in South Africa. It vindicates the management’s decision to restructure the mine after investors pressured Gold Fields to either end the losses or sell the asset.

“I am absolutely convinced this was the right thing to do,” Chief Executive Officer Chris Griffith said in an interview. “Already in one year we have made up probably what people would have paid for the asset, so I think it absolutely makes sense to stay in the asset.”

Gold miners have had a very difficult time over the last decade. Capital has been hard to come by because they were tarred with the “capital destroyer” brush and, with falling commodity prices, investors fled the sector. The fact that South Deep can generate more revenue in a year than the company could have sold the mine for at the bottom of the cycle is a testament to just how low valuations were. 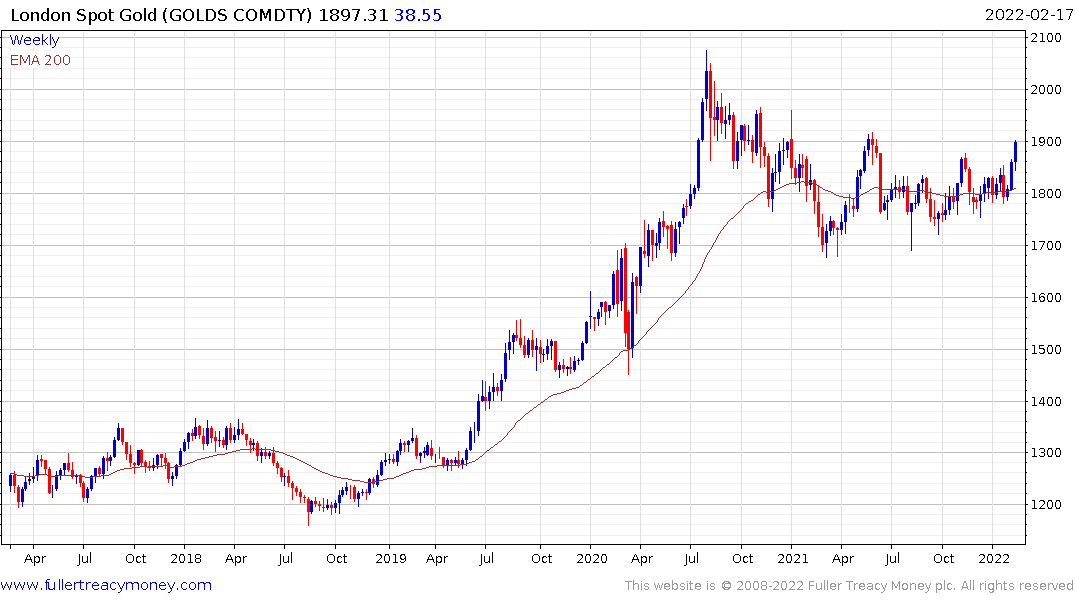 Gold extended its rally today to test the psychological $1900 level. This week’s strength has conclusively broken the 18-month sequence of lower major rally highs and confirms a return to medium-term demand dominance. 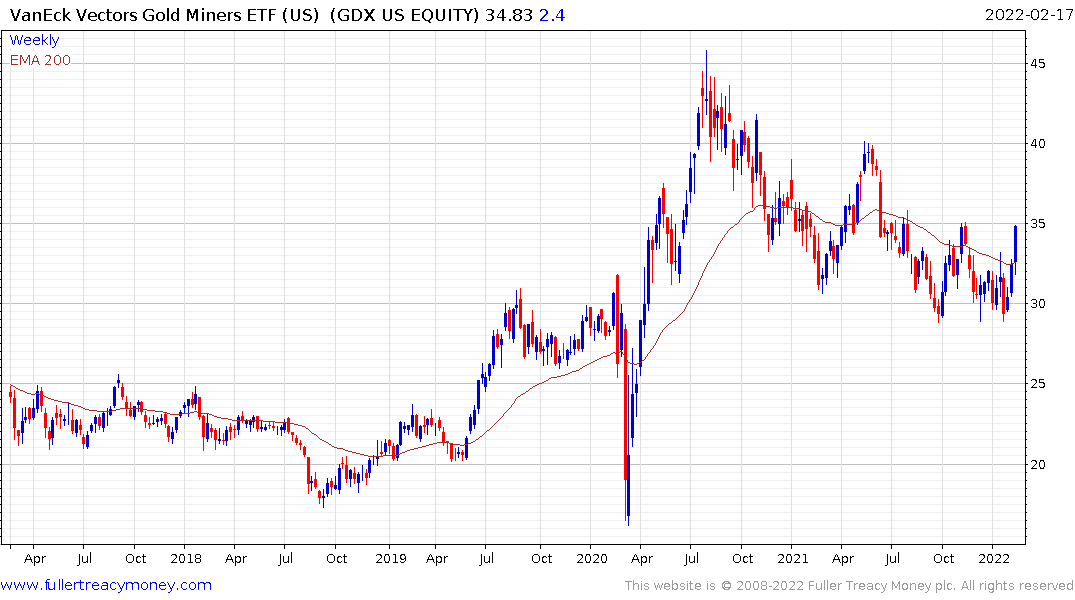 Gold shares are finally beginning to respond. The VanEck Vectors Gold Miners ETF has rebounded to test its sequence of lower major rally highs and has significant scope for a recovery rally overall. 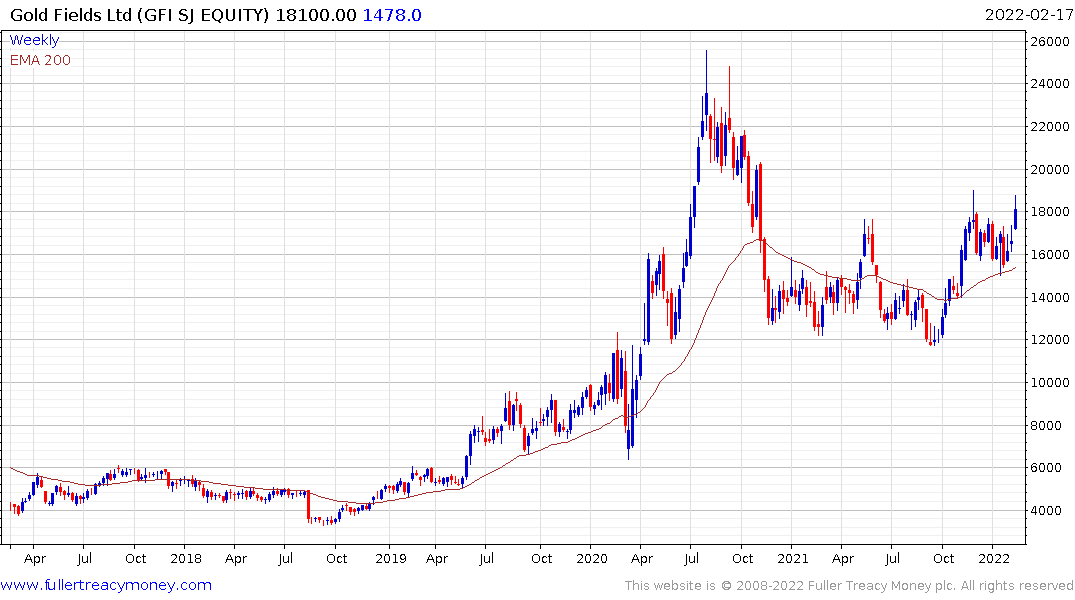 Goldfields is firming within a first step above its base. 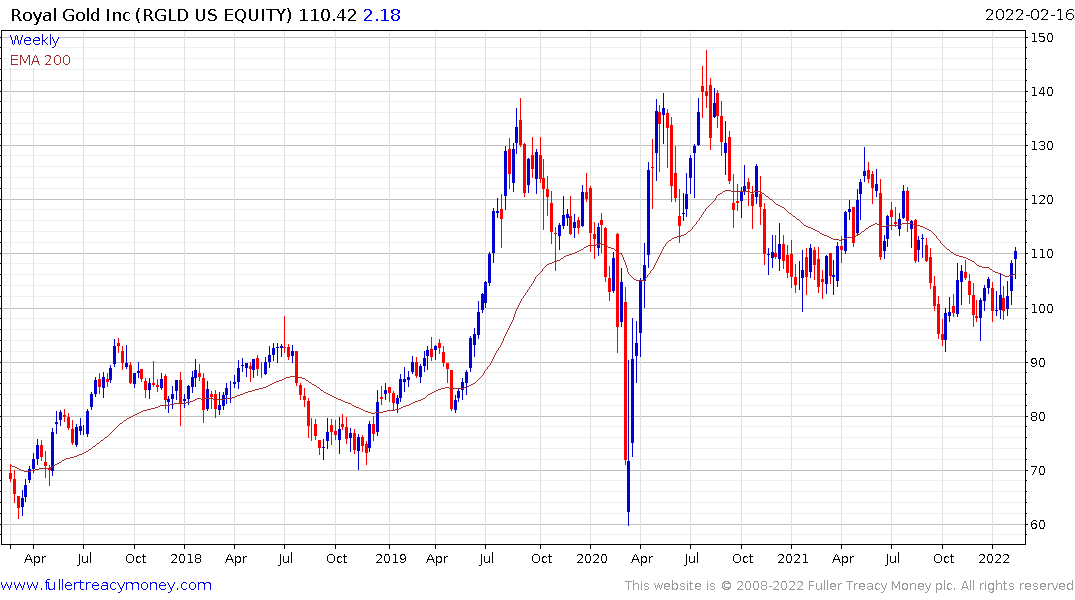 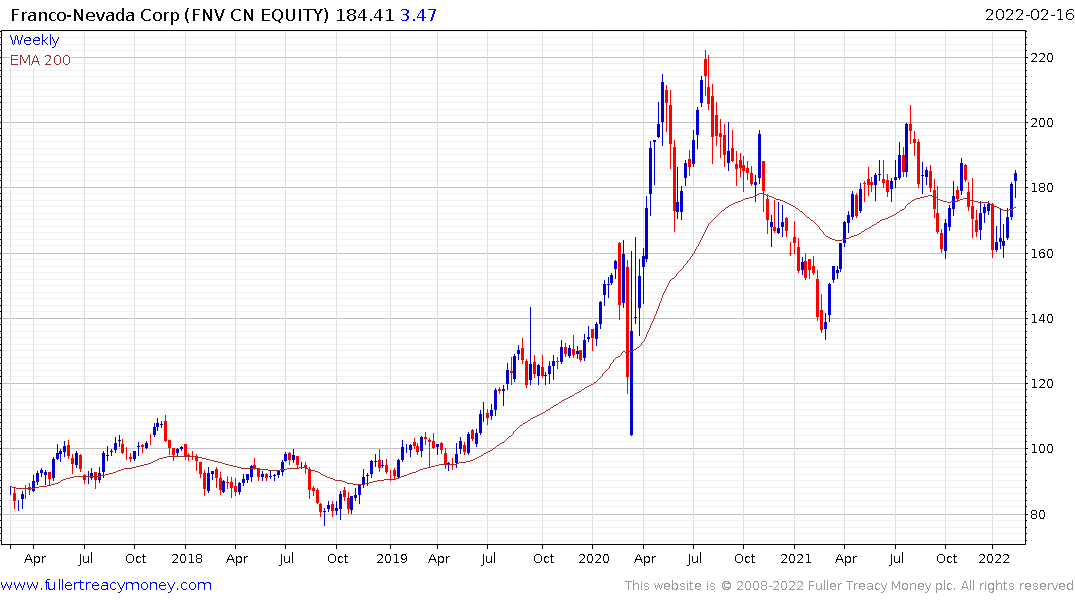 Royalty streams were the best performers today. Royal Gold, Franco Nevada and others have been strong performers throughout. That is also a reflection of continued defensive positioning in the sector. 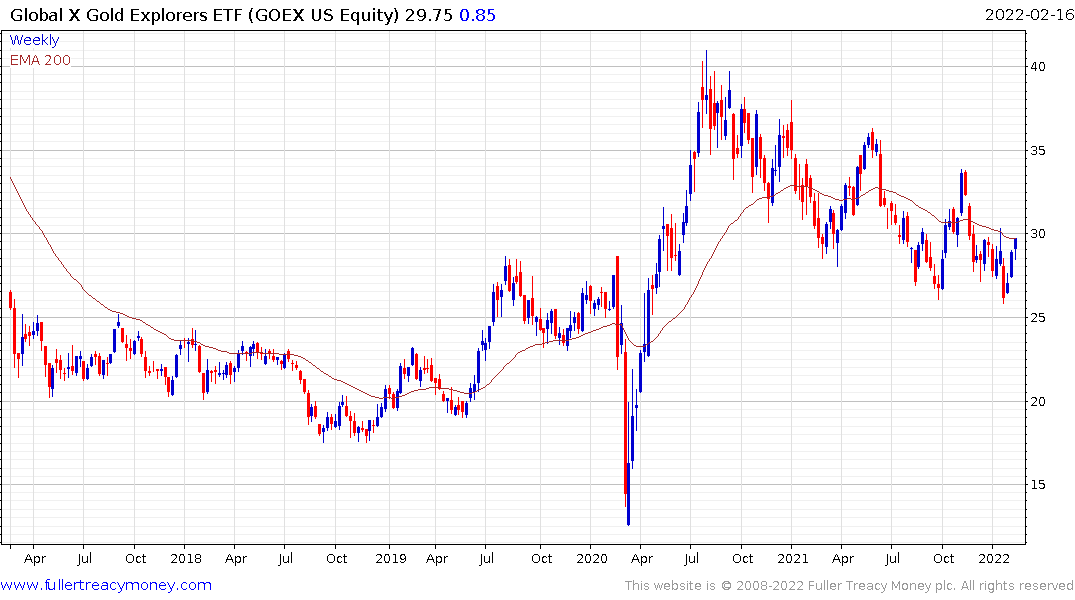 Appetite for racier players with small capitalisations and less visibility on production are less popular but that will change as the breakout is sustained in the metal price. I can almost hear my friends in the gold explorer companies rubbing their hands together in glee.