Gold’s heading for an annual advance, with its fortunes in 2019 shaped both by more accommodative monetary policy from central banks globally as well as the ebb and flow of the trade war. The removal of tariff uncertainty will return investors’ focus to signs the global economy is improving as a strong year
for risk assets heads toward a close.

In the U.K., Johnson’s win puts the country on track to leave the European Union next month. With counting complete in most districts, the Conservatives passed the threshold of 326 seats to give them a majority.

That development also contained conflicting elements for gold because while a clear majority for the Conservatives would be positive for the country’s economy, the potential for a no-deal Brexit has now increased, which could buoy the haven, according to McCarthy. “We’re locked in a bit of a vice,” he added.

Any way we look at the alternatives central banks are providing liquidity and governments are engaged in deficit spending. The supply of month is trending higher and that is positive for a bedrock asset like gold whose supply is much more difficult to increase. 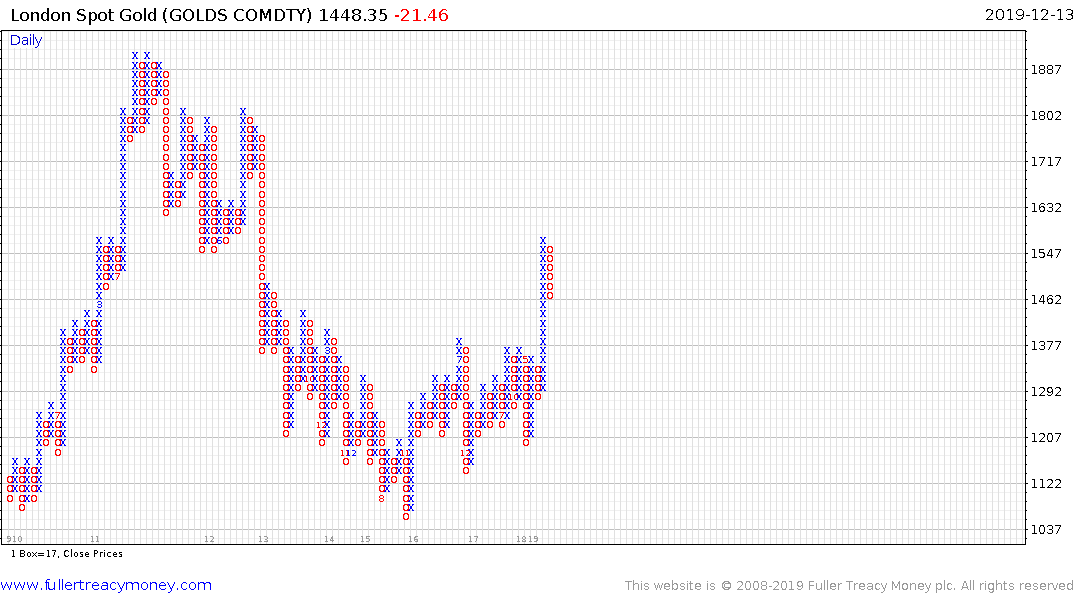 The Federal Reserve has clearly stated running inflation hot is policy and therefore the primary tool in tackling rising debt loads will be currency debasement. That is clearly a condition where gold can perform. The price continues to form a first step above its six-year base and a sustained move below $1350 would be required to question the validity of the bullish signal sent by the breakout earlier this year. 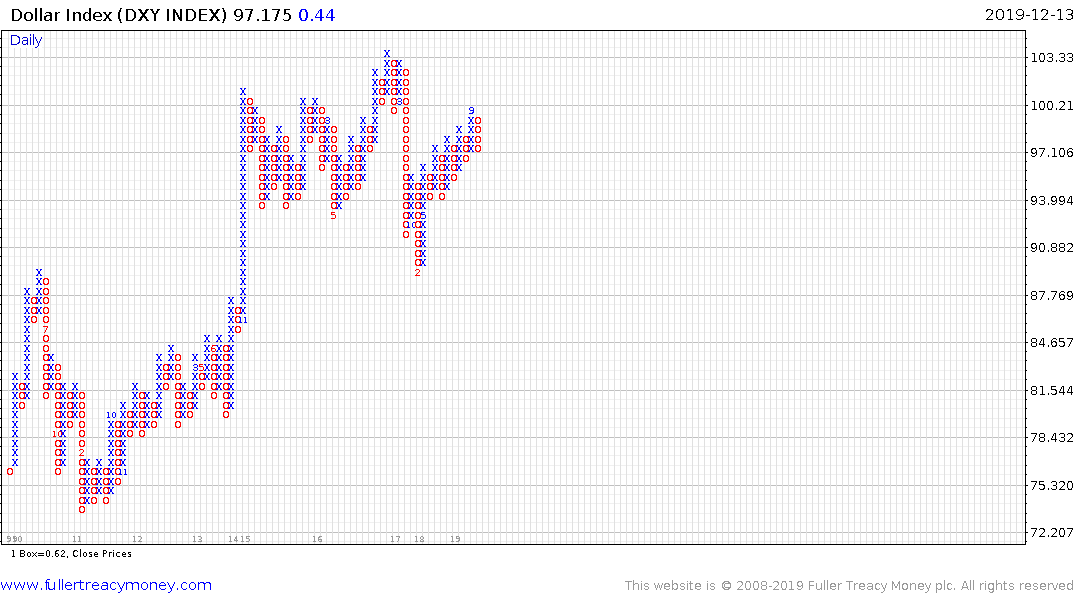 The US Dollar dropped below the trend mean over the last couple of days. This is not the first time it has traded below that 200-day MA so it will need to sustain the weakness to confirm a return to supply dominance.