Gold’s reputation appears to have been tarnished considerably by the heavy losses of recent weeks, as evidenced by the ongoing outflows from gold ETFs,” Carsten Fritsch, an analyst at Commerzbank AG, said in a note. “A shift in sentiment among investors would be needed for gold to free itself from its extremely difficult predicament.”

Federal Reserve officials slated to speak this week may give more insight into the economic outlook and how the central bank might respond to the recent tumult in bond markets. Higher yields dim the appeal of the non-interest-bearing metal.

Sentiment towards gold is rapidly deteriorating as the pace of the decline from the August peak picks up. The trend of gold holdings in ETFs is also now below its trend mean as investors migrate away from the yellow metal in favour of better performing assets. The big question for investors is whether this is a temporary or major correction. 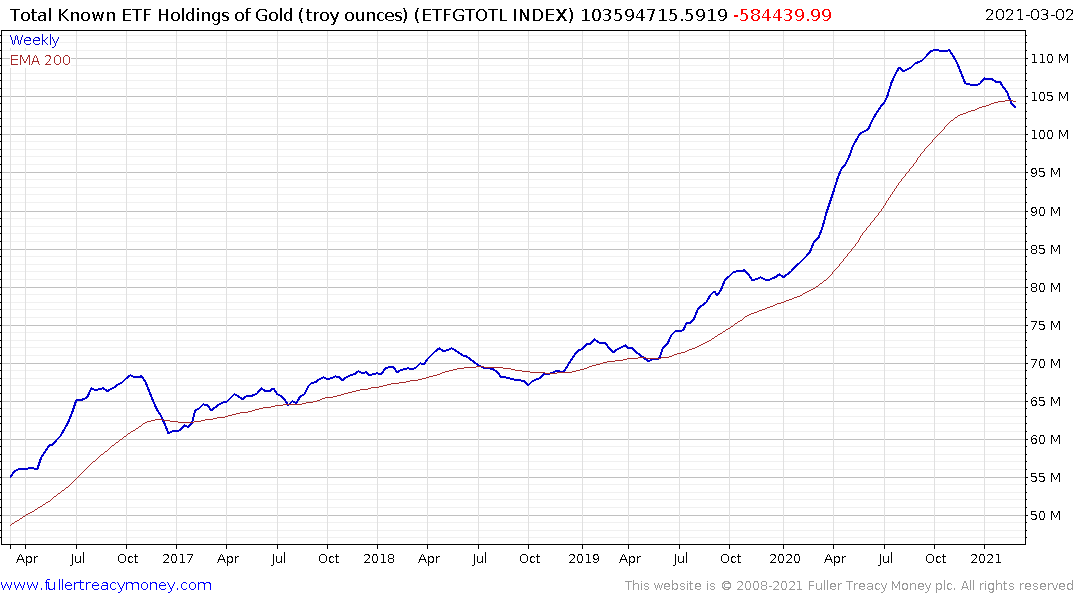 Negative yield rates are the primary tailwind for a gold bull market. When investors believe the trend of inflation will outpace the willingness of central banks to do something about it, gold picks up a positive carry and is attractive relative to bonds. At present bond yields are rallying but CPI inflation has not picked up. 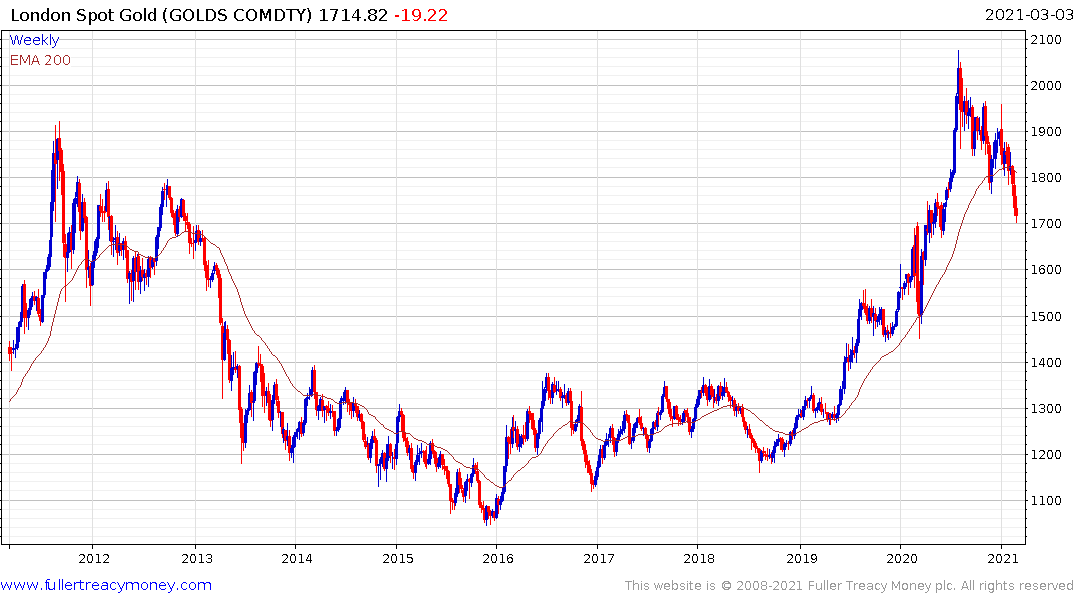 The spread between the 10-year Treasury yield and US CPI highlights an important correlation. When the trend changes from rising to falling it tends to be negative for gold and when it is trending lower and below zero it is positive for gold. The inconsistency of the trend means it tends to look better in retrospect rather than providing an aid to prediction.

However, the spread suggests gold’s response to the surge in yields amid selling pressure in the bond market is less about inflation and more about solvency. I remain of the view that yield curve control is inevitable. Central banks have been waiting for the market to tell them where the pressure points are. With the stock market susceptible to additional weakness, I believe we are approaching that point. The Nasdaq-100’s best performers are very interest rates sensitive so there a minimum of mean reversion is looking likely. 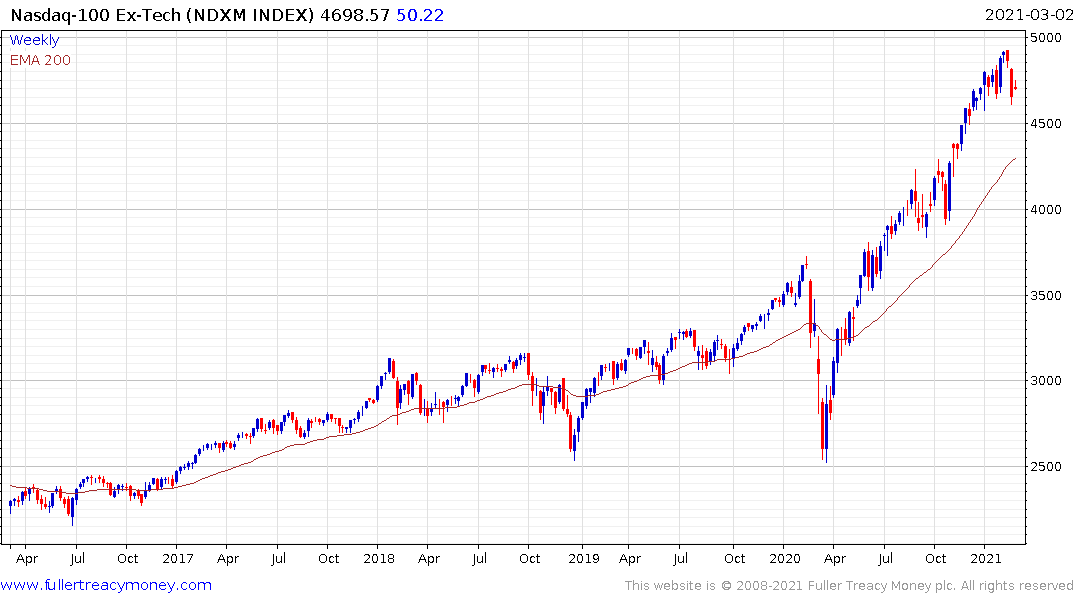 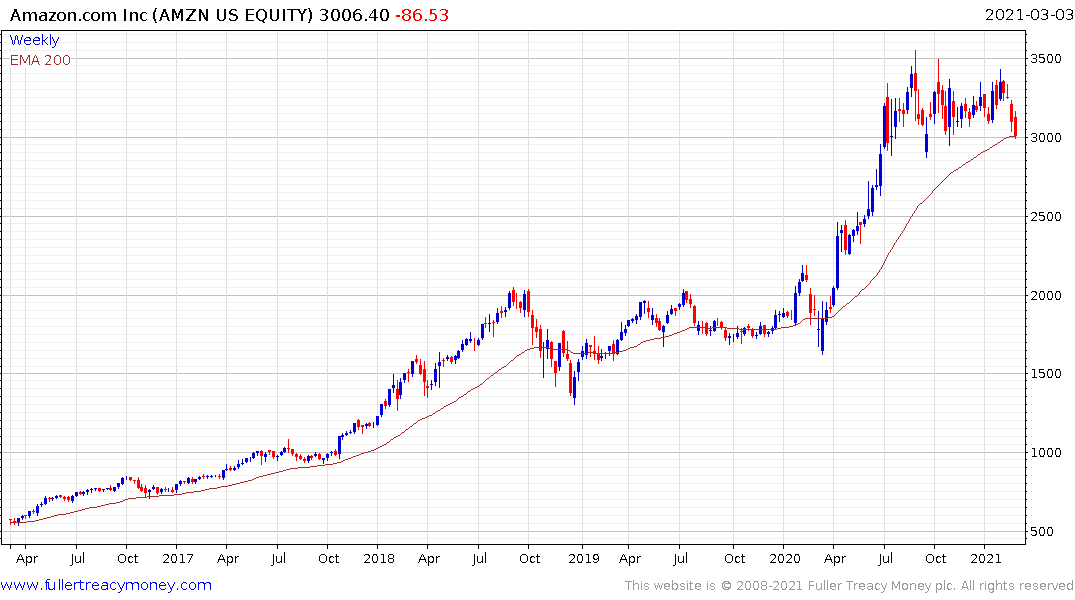 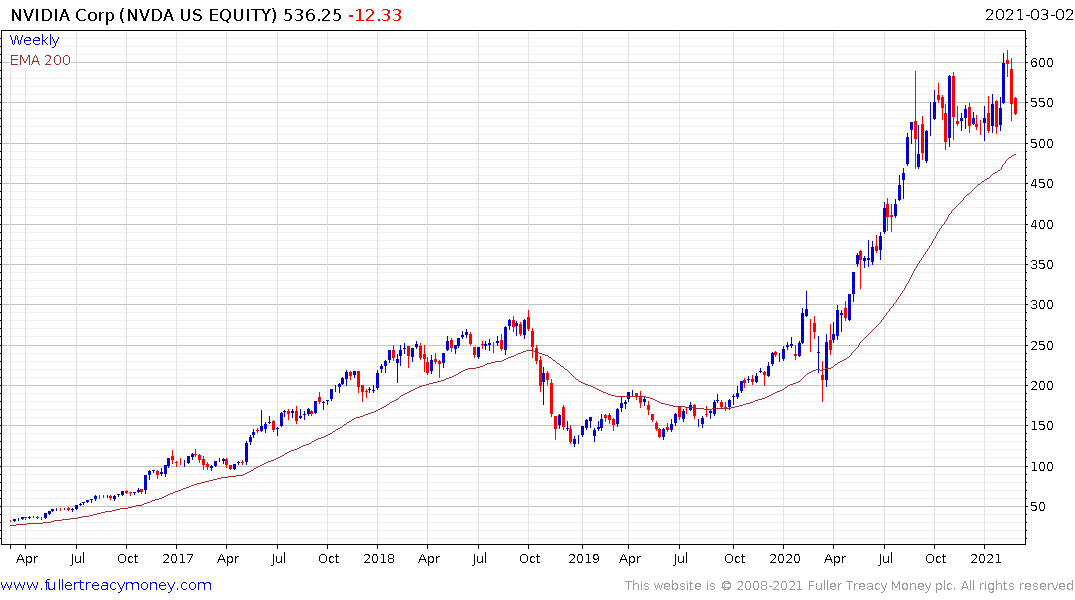 The gold price paused at $1900, $1800 and now $1700. The logical conclusion is the next point of potential support is $1600. Investment banks like UBS and Goldman Sachs have suggesting shorting gold which is a further example of how oversold the price is becoming. The first clear upward dynamic is likely to signal a low of at least near-term significance.