Although jewellery demand improved from the Q2 record low, the combination of continued social restrictions, economic slowdown and a strong gold price proved onerous for many jewellery buyers: demand of 333t was 29% below an already relatively anaemic Q3 2019.

By contrast, bar and coin demand strengthened, gaining 49% y-o-y to 222.1t. Much of the growth was in official coins, due to continued strong safe-haven demand in Western markets and Turkey, where coins are the more prevalent form of gold investment. Q3 also saw continued inflows into gold-backed ETFs, although at a slower pace than in the first half. Investors globally added 272.5t to their holdings of these products, taking y-t-d flows to a record 1,003.3t.

Central banks generated small net sales of gold in Q3, the first quarter of net sales since Q4 2010. Sales were generated primarily by just two central banks – Uzbekistan and Turkey – while a handful of banks continued steady albeit small purchases.

Many investors have been questioning why gold has not done better over the last few months and with good reason. Afterall, there has been no shortage of items to worry about and the trajectory of government debt is unlikely to improve anytime soon. We are on the cusp of competitive currency devaluation inside in the G-7 and yet gold has been soft. 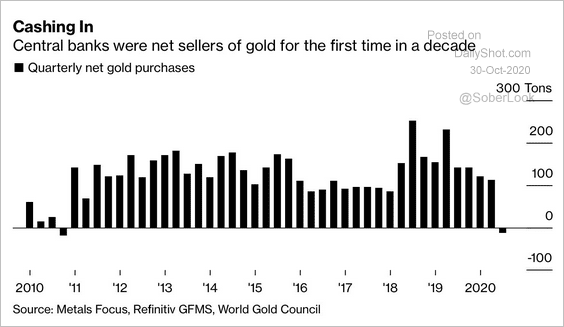 The price was overextended and in order for an acceleration to persist, it needs to attract new investors to the bullish camp. If central banks were net sellers for the first time in a decade that will have at least temporarily created some supply dominance. It begs the question how much gold can Turkey sell?

Turkish gold production is close to record highs and the central bank is buying a lot of it. Rising production gives the central bank leeway to sell gold on strength in order to generate export revenue or to hold the metal to shore up the currency. Some measure to ease stress on the Lira is looking increasingly likely as it accelerates lower. 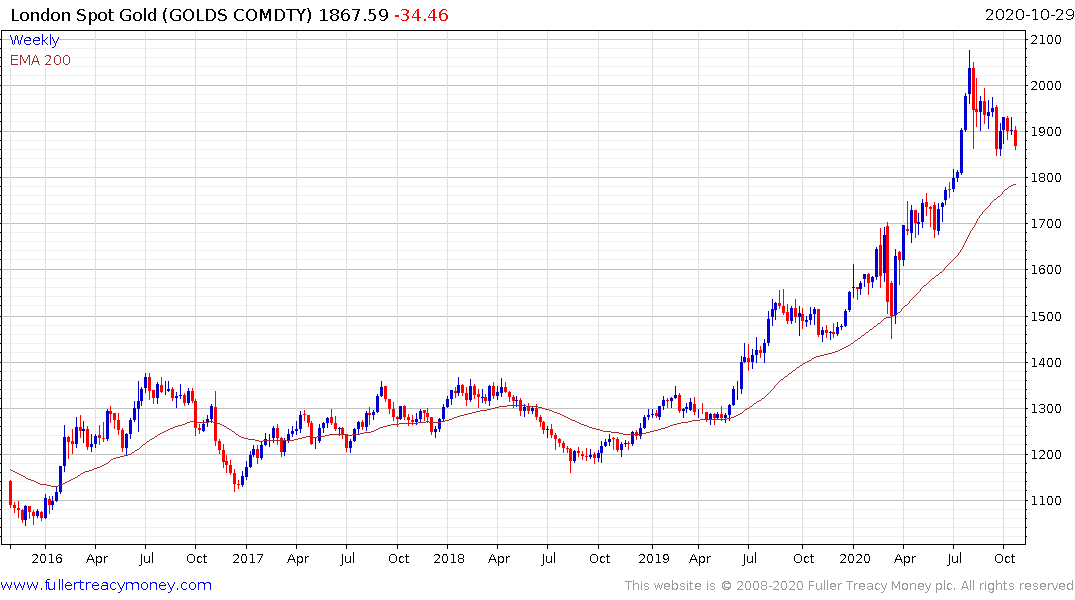 Gold remains steady in the region of the lows of the last few months. 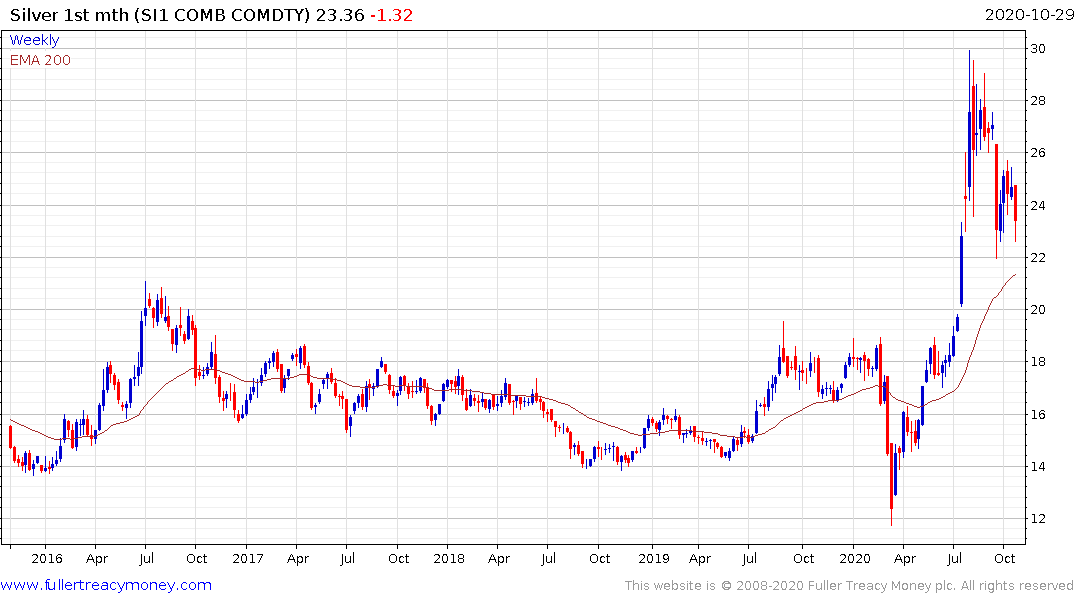 Silver has also steadied in the region of its reaction lows.