Slowing central bank gold purchases vs interest from other official institutions Net official sector gold purchase continued to slow down as expected – in gross terms, the buying has come from fewer central banks, while the number of sellers has increased. Interestingly, the implied flow from other official institutions has picked up this year, helping offset some of the slowdown in the pace of central bank gold activity. We think this is in line with the increased strategic interest from institutional investors more broadly, as gold is increasingly viewed as an important diversifier for portfolios and an alternative to bonds in offsetting risk exposure.

I have a lot of sympathy with Charlie Morris’ view that gold is best considered a zero- coupon perpetual bond. The strong inverse correlation between inflation-protected bond yields and the gold price suggest investors are increasingly of the same opinion. 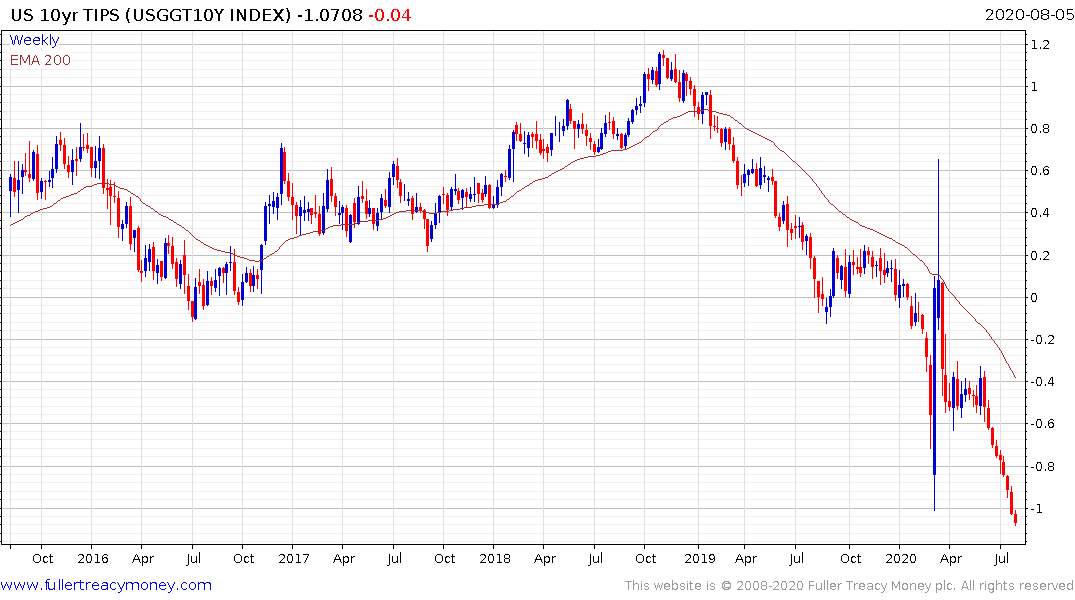 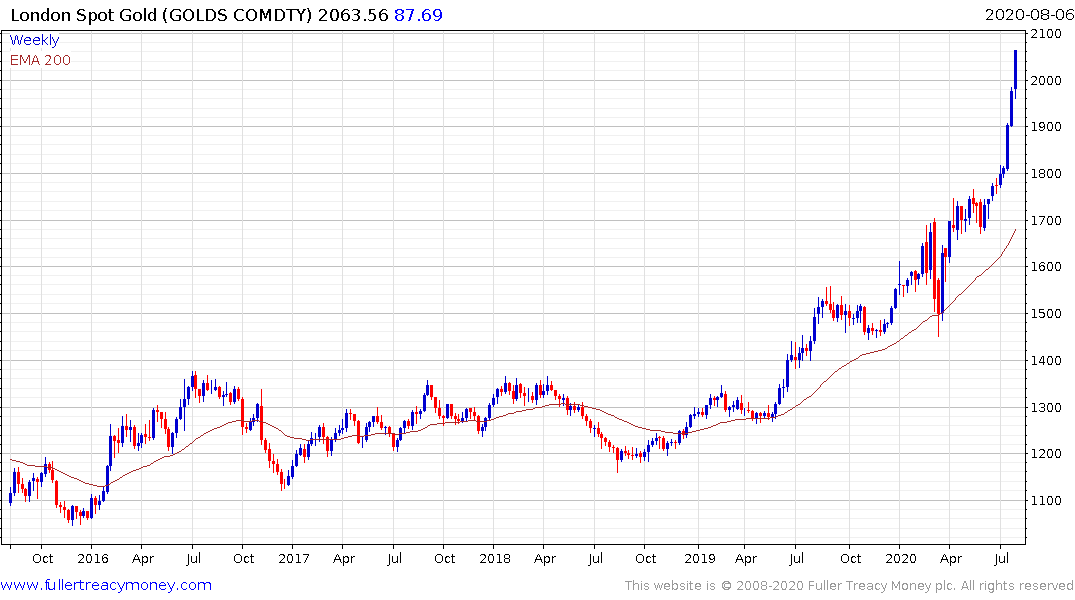 The governments of the world are going to have to issue a lot more debt to pay for the cost of supplementing incomes during lockdowns and forced closures of businesses. The market is incapable of dealing with higher interest rates. As Ray Dalio pointed out recently a 200-basis point increase in US short-term rates would increase debt service costs by $100 billion annually. That’s substantially more than the annual education budget.

The only viable solution is debt monetisation. That is why the closest correlation to the global scenario we have today are the student protests of 1968. There was massive social unrest, a clear social justice movement demanding change and racial equality. That resulted in a massive spike in spending which was fuelled by central banks printing the money required. The inflation that sparked was one of the causal factors behind the demands of Middle Eastern producers for oil higher prices.

Today we have a lot more debt so financial repression is a significant risk because inflation is being deliberately created while central banks have no intention of raising rates. Gold and precious metals are an escape valve. 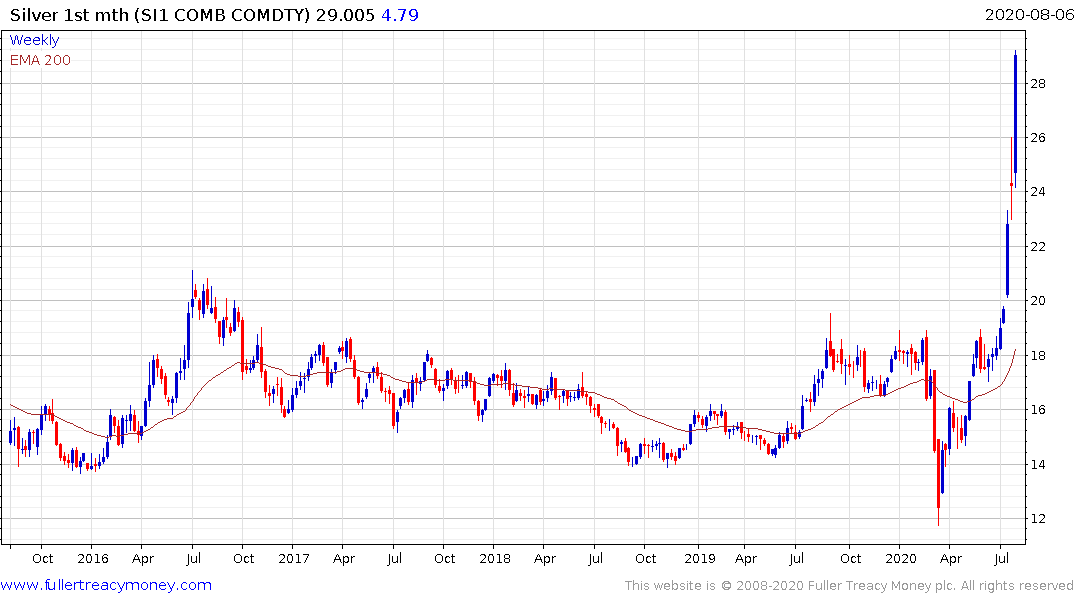 As predicted, once silver broke out it would begin to significantly outperform gold. That is the clearest sign yet that we are now in the 2nd psychological perception stage of this bull market which is characterised by acceptance. While gold has been outperforming even the best performing equities, it is primary attracting new inflows from the bond markets. Therefore, monitoring the trajectory of TIPS yields will be an important barometer for the gold market.

Platinum is now also beginning to play catch up and broke successfully above the psychological $1000 level today.