A bipartisan group of lawmakers delivered details of a $908 billion relief package, splitting it into two
parts in recognition of deep differences over state aid and a liability shield for employers. With Joe Biden now confirmed as president by the Electoral College, leaders in Congress need to find a way to get one or both parts through the House and Senate before the last of the relief provisions from earlier stimulus expire at the end of the year.

Bullion’s path in recent weeks has been dominated by developments on vaccines and prolonged stimulus talks in the U.S., with prices set for the first quarterly loss since 2018. Still, the metal may get some support after the Fed meets Tuesday and Wednesday, with markets expecting fresh guidance on
asset purchases. In addition, the haven may get a boost from fresh anti-virus curbs being rolled out in major economies including Germany and the U.K.

“Prices are looking vulnerable again but should once again be saved by the Fed,” said Edward Moya, senior market analyst at Oanda Corp. “Economic scarring will undoubtedly make it easier for the Fed to continue to provide more accommodation and that could make many traders want to jump back in.”

$900 billion is less than what was originally sought but it is still a substantial amount of money. The announcement is also the first concrete evidence of an agreement on additional stimulus since the summer. It vindicates the belief that spending is likely to remain open ended in the coming years as reflation take priority over fiscal responsibility. 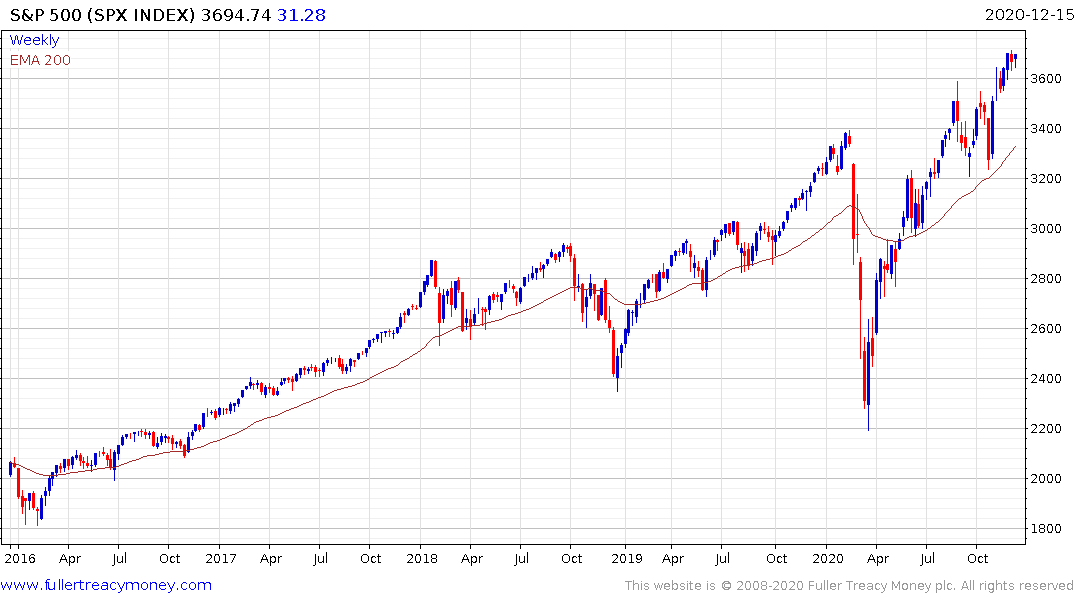 The stock market steadied from the region of the September peaks over the last few days. Valuations have increased substantially on the back of liquidity so it depends on the continued availability of extra new cash. 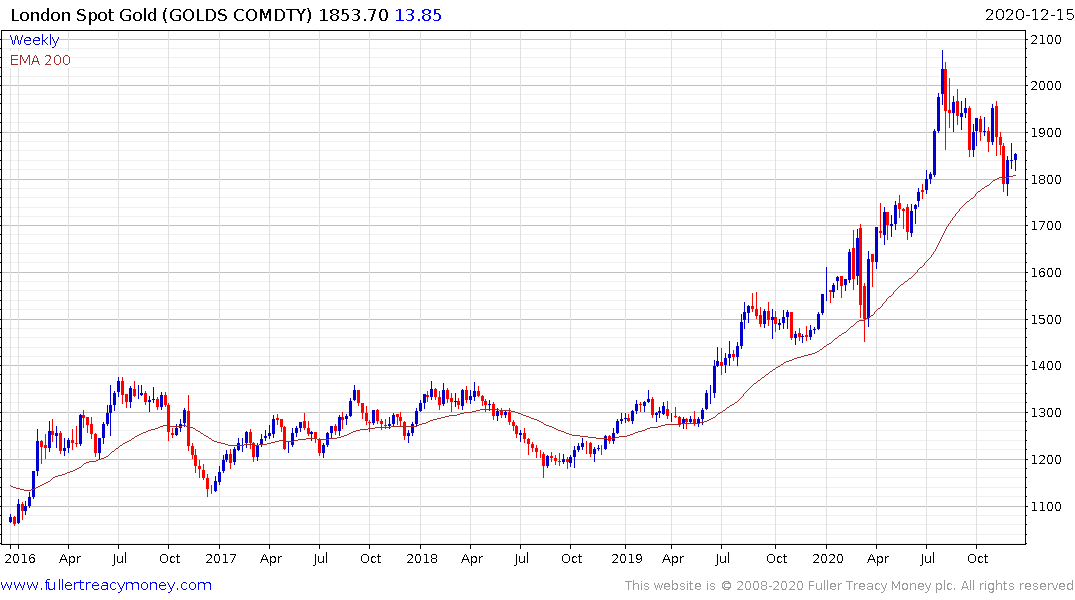 Gold steadied today from the region of the trend mean to confirm a short-term higher reaction low. The primary rationale for the breakout in gold over the last two years is that all this liquidity is devaluing the purchasing power of currencies. In that regard it is an insurance policy relative to the intention of governments to inflate their troubles away. 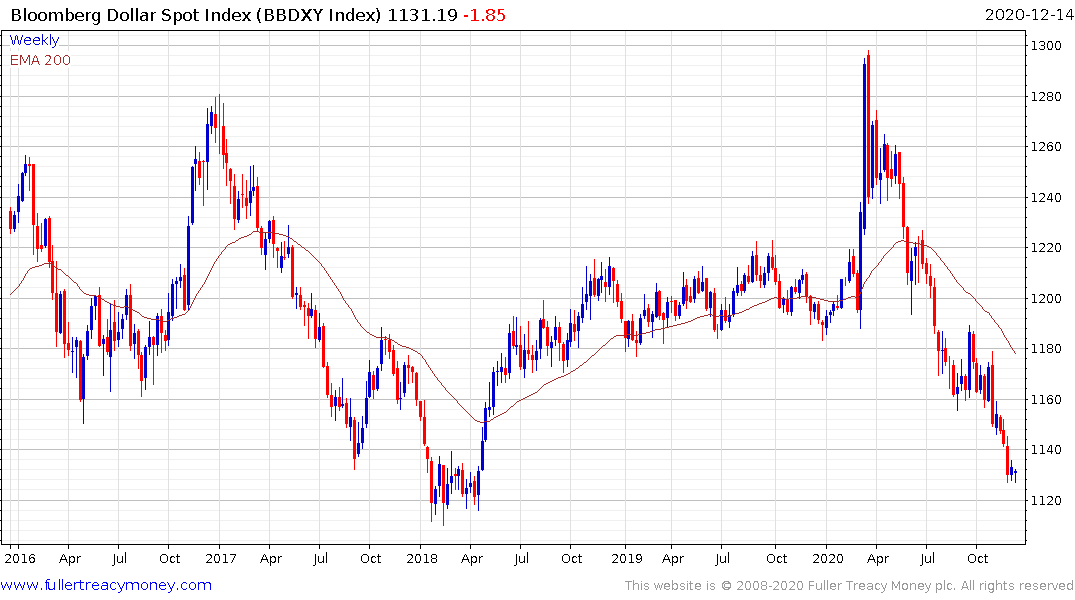 The Bloomberg Dollar Index which is less Euro weighted hit a new reaction lows today to further extend the downtrend.