Silver also got a stronger bid, rallying to the highest in two months. The two precious metals have been lifted after U.S. Federal Reserve Chairman Jerome Powell warned earlier this week that the pandemic will take a heavy toll on the economy. Fears intensified on gloomy American unemployment data Thursday, and as President Donald Trump said he doesn’t want to talk to his Chinese counterpart right now.

Nations that enjoyed success quelling the virus, including South Korea and China, now face a rising number of infections. In the U.S., Texas saw its deadliest day and its biggest jump in new cases since the start of the outbreak. That comes two weeks after controversial moves to reopen the state’s economy.

“There are fears over everything from political leadership through the health outlook overall and associated economic financial and political risk,” said Rhona O’Connell, head of market analysis for EMEA and Asia at INTL FCStone. Prices are having a long-awaited breakout moment as market anxiety mounts, she said.

The Nasdaq-100 has had a V-shaped recovery. The Russell 2000, just about all of Europe, Japan and emerging markets have not. There is a lot of discussion in the media about the mismatch between Wall Street and Main Street. 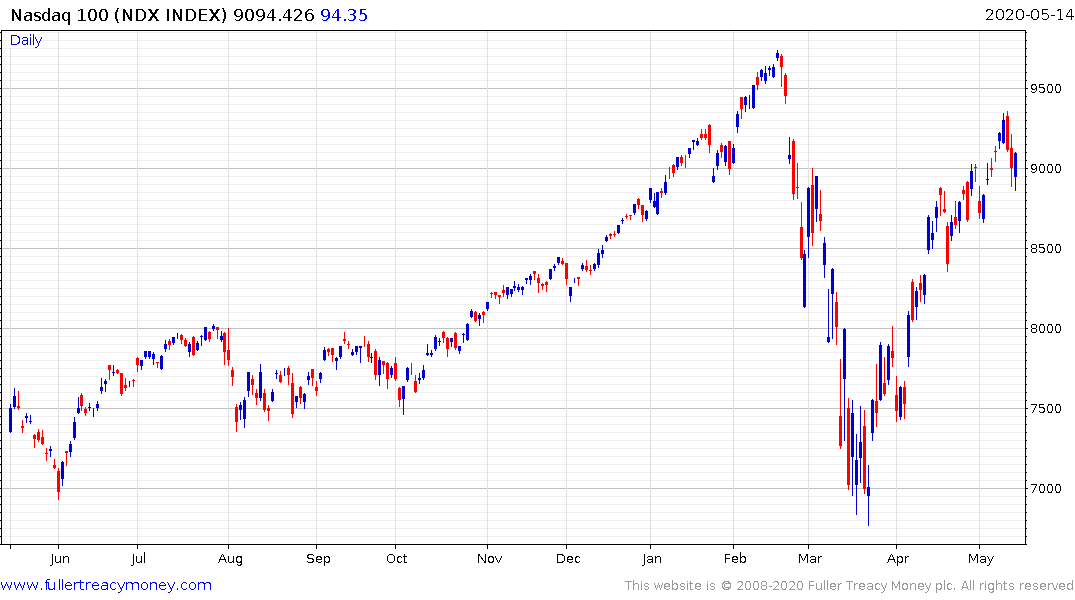 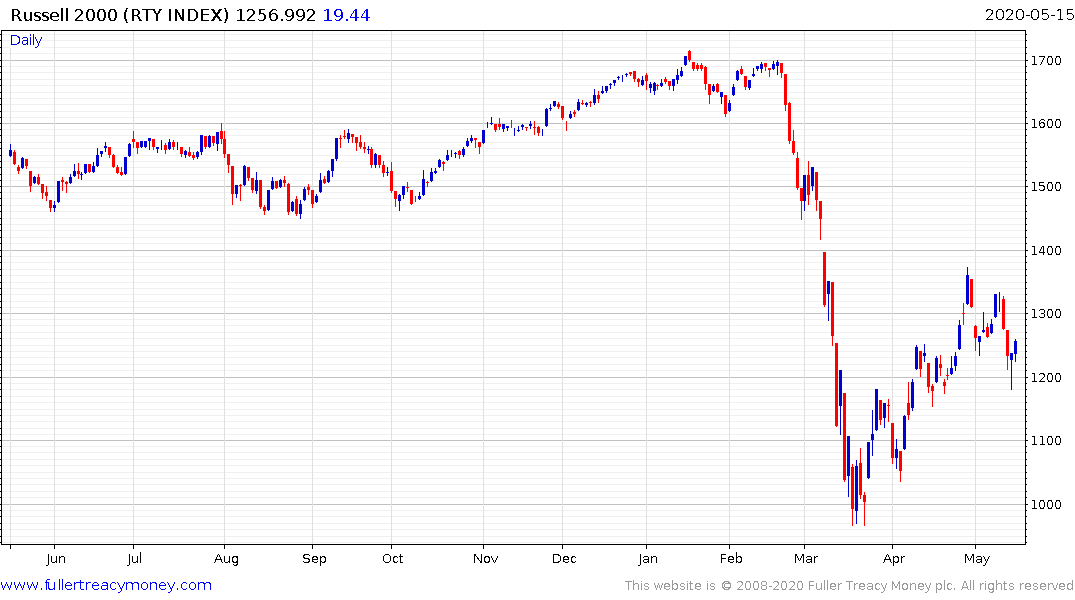 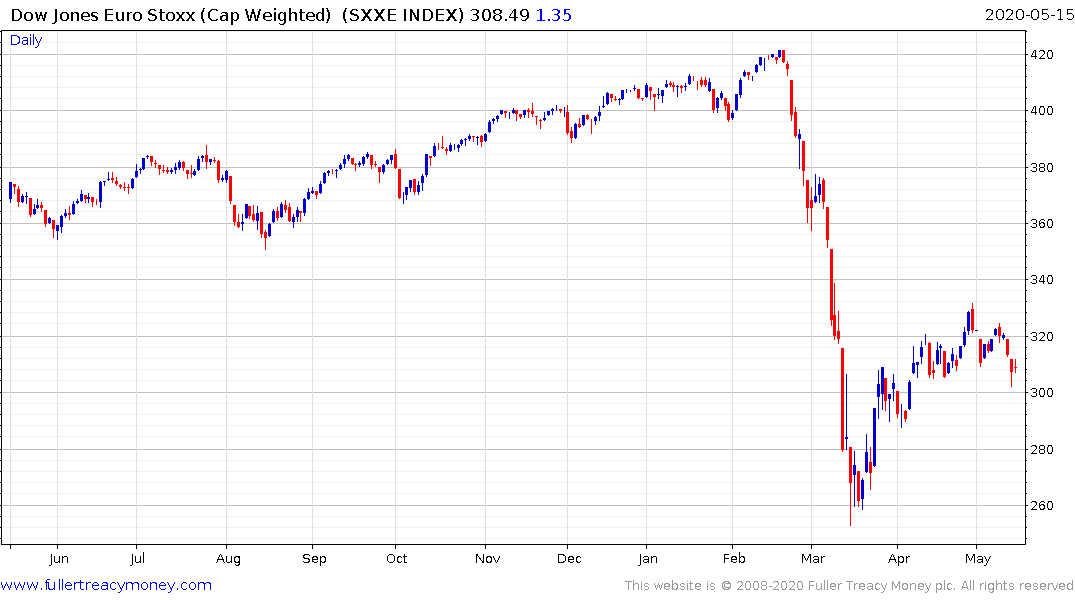 The fact that it doesn’t matter what governments tries to do, all they seem to succeed in is inflating asset prices and devaluing the purchasing power of their currencies. 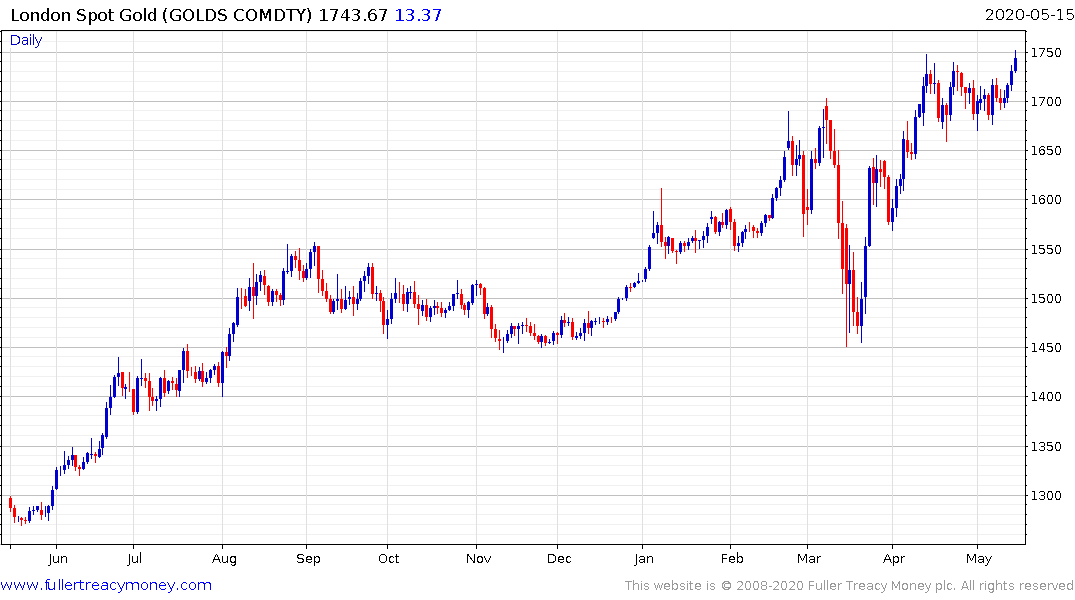 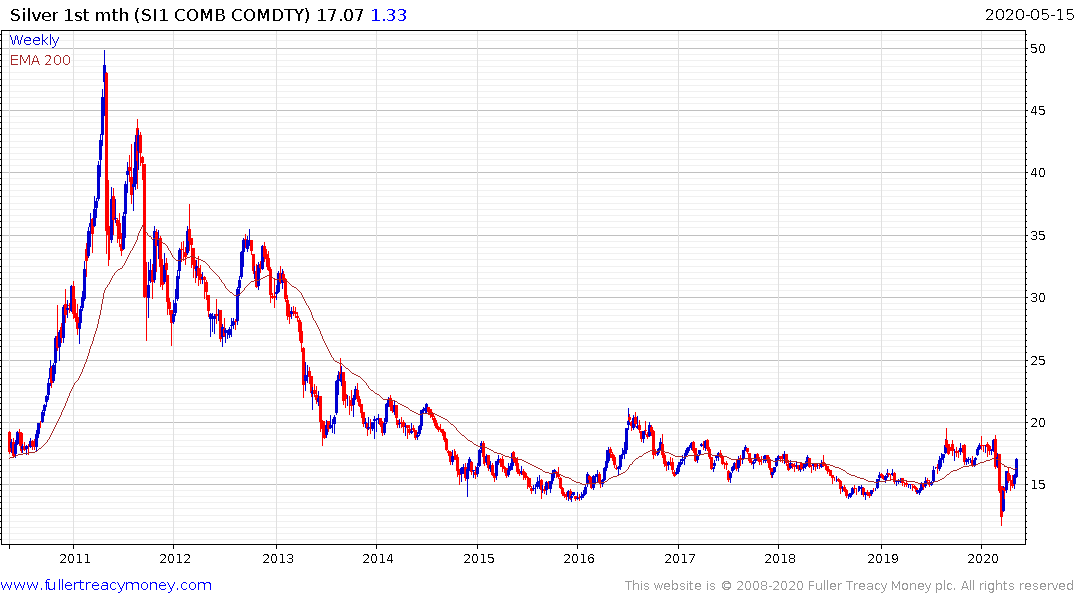 That’s the reason the price of gold is breaking out. Silver is now beginning to play catch up. It has posted a failed break below $15 and is now trending back towards the upper side of its six-year base formation.

The primary silver miners have been underperforming by a wide margin over the last couple of years. That is despite the fact many of them pivoted to being primary gold producers in the last few years. 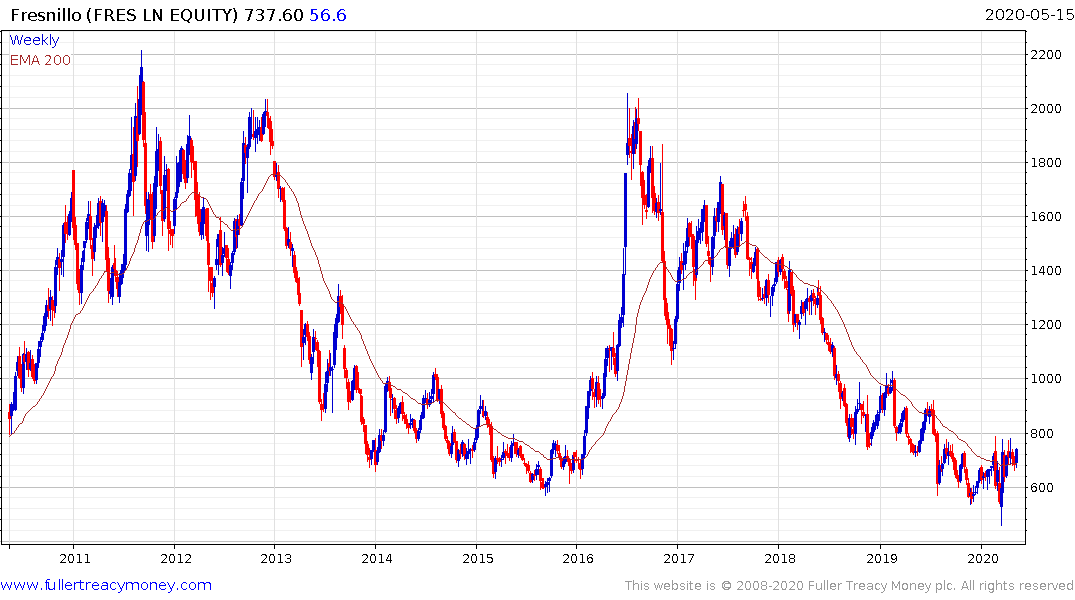 Fresnillo has suffered from disappointing production results but the share is now testing the medium-term sequence of lower rally highs. 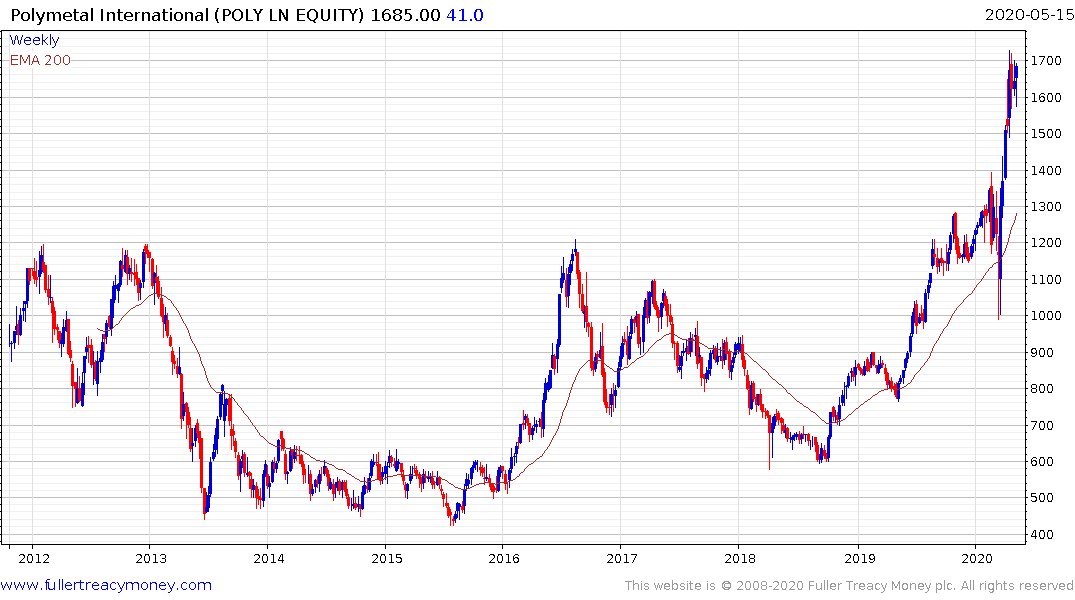 Polymetal International has been sector’s clear outperformer. It completed an eight-year range in January and continues to extend its breakout. 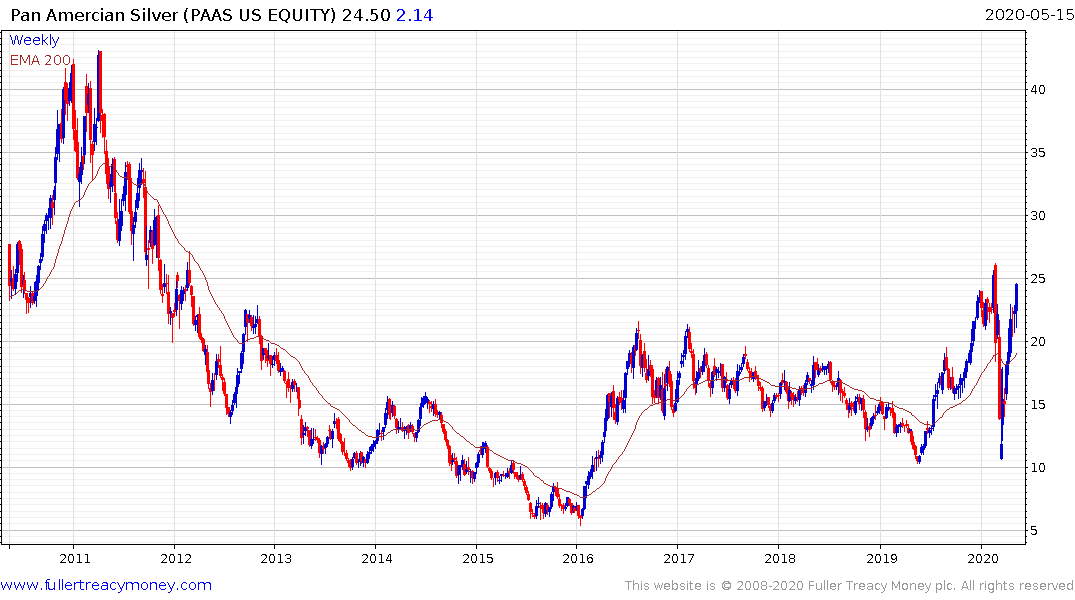 Pan American Silver is back within striking distance of its February peak. 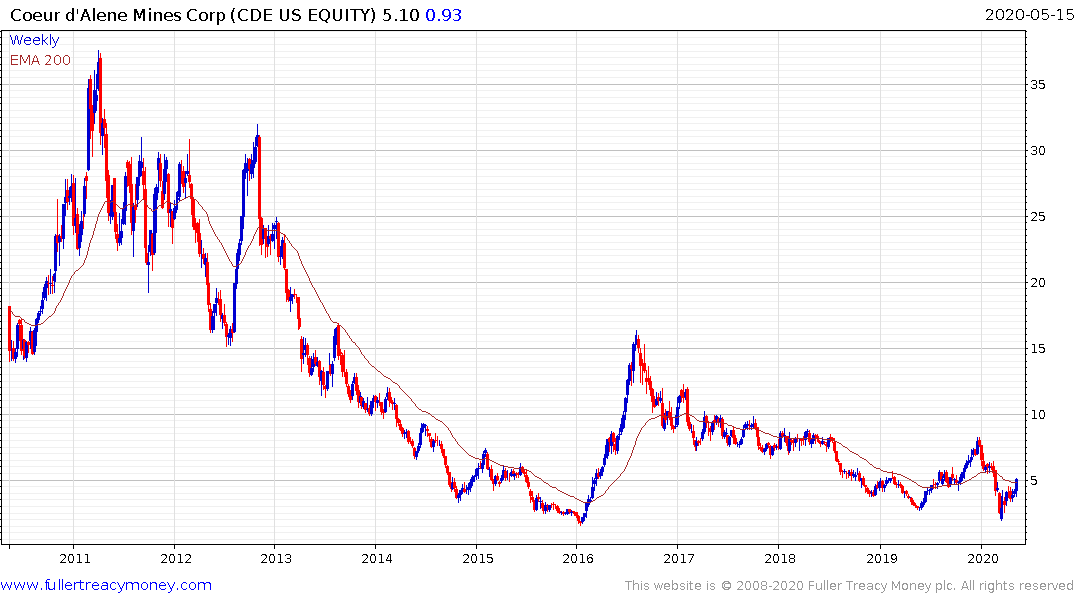