The recent slump highlights a worsening outlook for the bullion on fears that the strong rebound in the U.S. labor market could see the Fed pull back stimulus sooner than expected. Dallas Fed President Robert Kaplan’s said that the central bank should start tapering asset purchases sooner rather
than later.

Bullion was down 1% at $1,745.31 an ounce by 12:20 p.m. in London, after earlier touching the lowest since March, and coming close to its lowest in more than a year. In the futures market, over 3,000 contracts changed hands in a one-minute window -- equivalent to over $500 million notional value -- as
activity surged in a typically quiet trading period.

Attention will turn to fresh economic data later this week to gauge the health of the recovery from coronavirus, as well as inflation. The consumer price index due Wednesday is expected to show a smaller increase than the previous month as pressures on supply chains caused by reopenings ease. That may lend support to the view held by the Fed that inflationary pressures will prove transitory.

Also key to the outlook is the rise of the delta variant in the U.S., which could complicate the country’s economic rebound. New Covid-19 cases have jumped to more than 100,000 a day on average, returning to the levels of the winter surge six months ago.

The primary argument for buying gold is centred on negative real interest rates and the repercussions for the purchasing power of fiat currencies. Central banks made a lot of comments a year ago about the need to ensure an economic recovery and their willingness to tolerate higher inflation to get there. That boosted gold to new all-time highs. As fears the global economy would be terminally damaged ebbed gold moved into a medium-term correction.

More recently, central banks have expressed alarm at the pace of inflation and feel like they have to do something. Their answer has been to step up the pace of removing accommodation as their respective economies have recovered. In the USA they are still talking about it.

Just how successful that suite of strategies will be remains to be seen. The rebound in global stock markets since March 2020 has been fuelled by liquidity. Earnings growth will need to be sustained, as accommodation is removed, if uptrends are to be sustained. Even then, many speculative ventures are totally dependent on cheap capital. Meanwhile, a 10% pullback would likely be a catalyst for some reassessment by central banks. 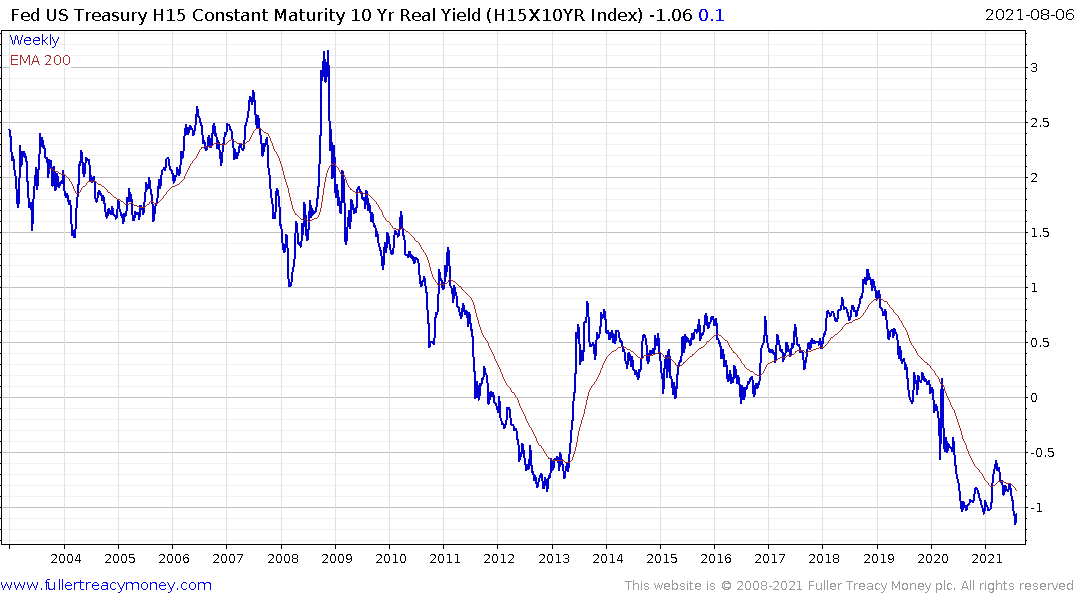 The Fed US Treasury H15 Constant Maturity 10 Yr Real Yield broke downwards to new lows at the end of July and that helped to support the recovery hypothesis for gold since it implied wider negative real rates. The rebound in yields over the last few sessions has pushed the rate back above the January low.

I don’t think anyone believes we are about to have positive real rates. But a bounce from the lower side of the range would likely limit gold’s ability to rally in a significant manner. 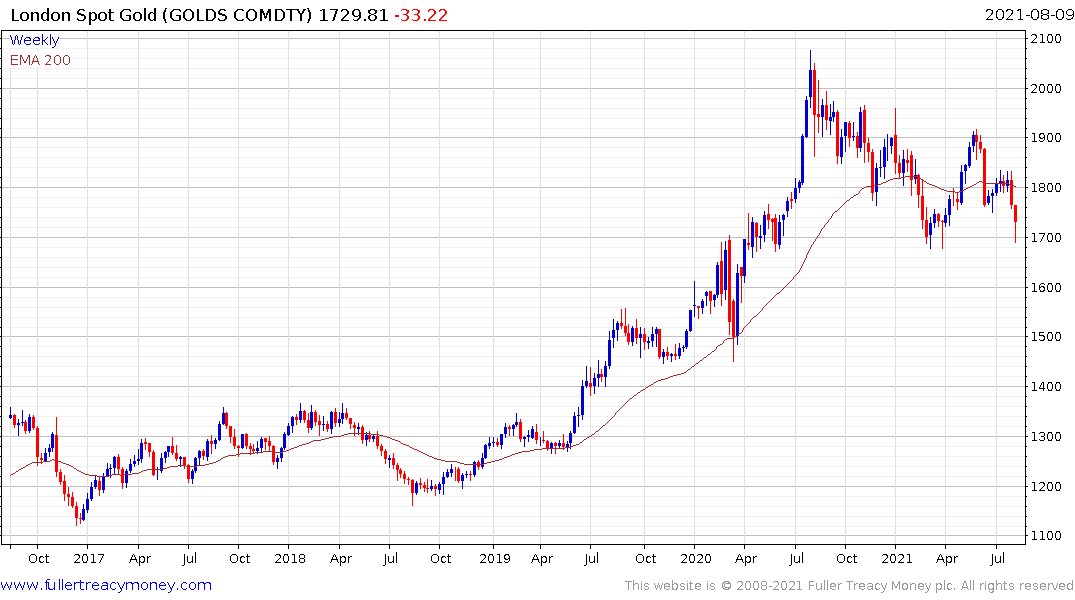 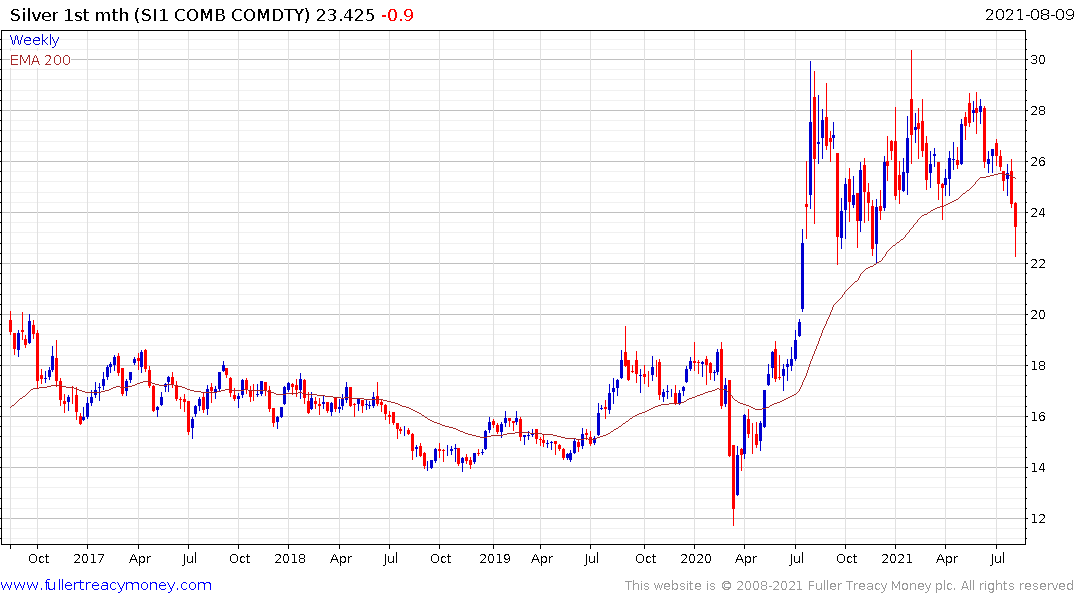 At the same time, I have ben conditioned to look at these kinds of downdrafts as buying opportunities at the end of what is already an almost yearlong correction. If that is the correct assumption today’s low will hold.