“I’m cautioning people not to become too obsessed with stripping the industry out of its cash, and not allowing strengthened balanced sheets to be built and investments in the future,” he said. “Whether it’s exploration or deal making, it’s got to create value and you can’t create value as a mining executive if you don’t have support from the fund managers.”

Investors have been conditioned to expect well-capitalised companies will buy back shares, pay special dividends and will not engage with capital intensive business lines. That sounds great for tech companies but it doesn’t work for miners. Mining executives that are not actively engaging with M&A targets are coming under profound pressure to distribute available cash. Meanwhile there is no tolerance for green field exploration among either large miners or investors. No one wants that kind of open-ended risk. The 10-month correction in the gold price will only have further damaged appetite for investment in new supply and particularly from banks which control the supply of liquidity. At a minimum it will require even better prospects than normal. That bolsters the limited supply argument over the medium term.

Smaller companies that have recently performed well, against a background of a weak gold price, are obviously doing so for a reason. 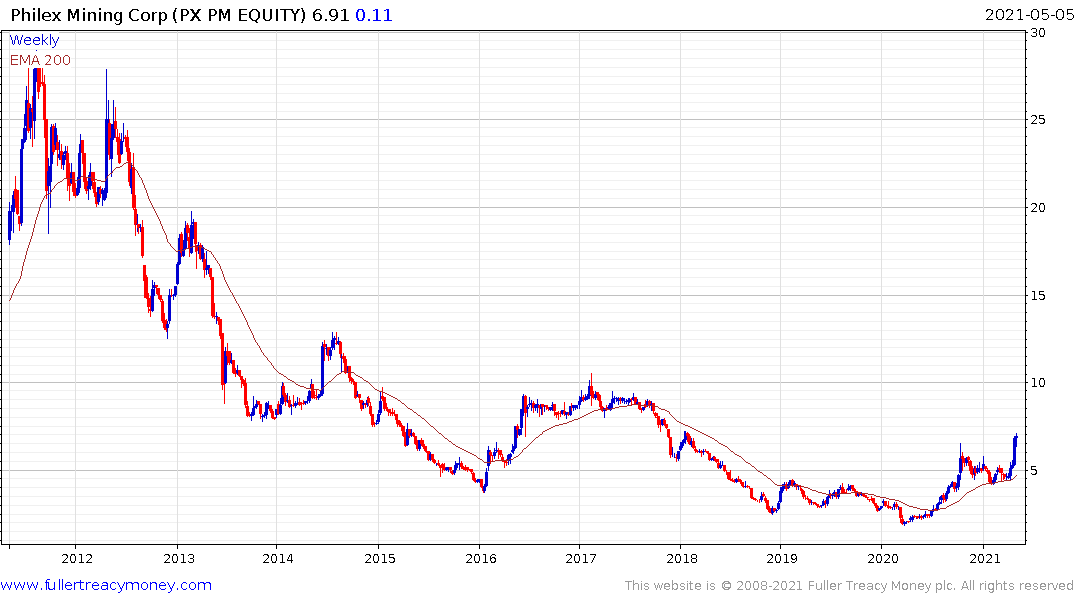 Philippines listed Philex Mining Corp has broken out of a first step above its three-year base formation. 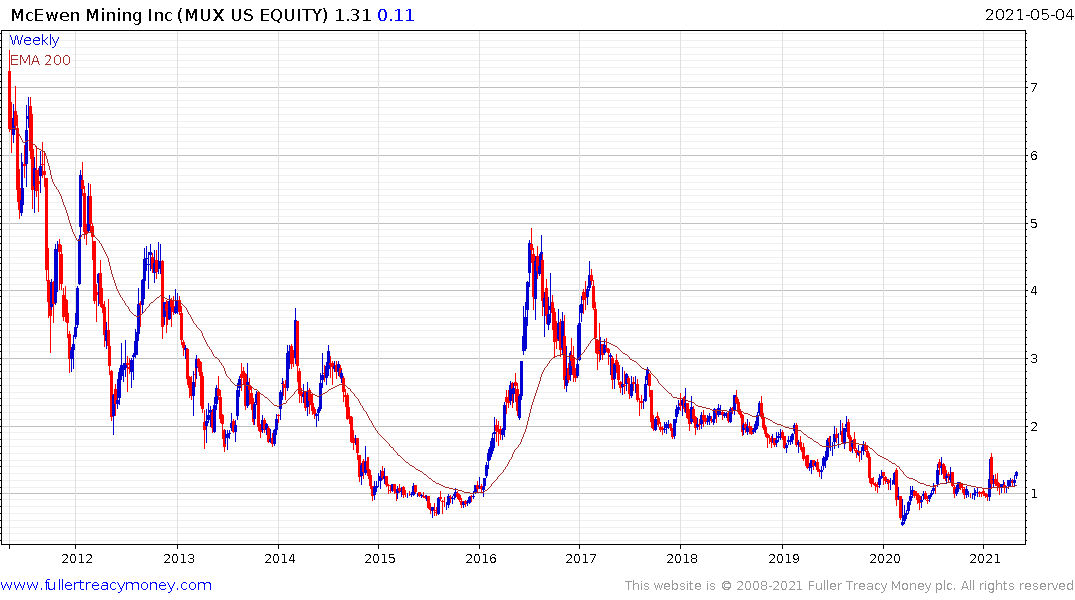 McEwen Mining has been subject to a number of downside surprises since it is still a silver explorer but the share continues to firm from the region of the trend mean. 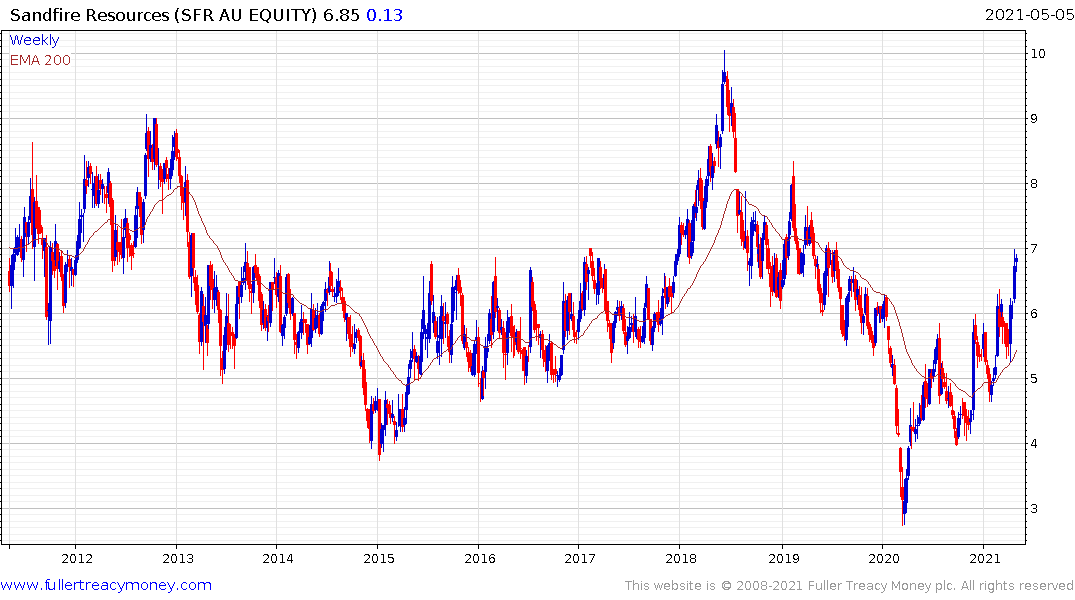 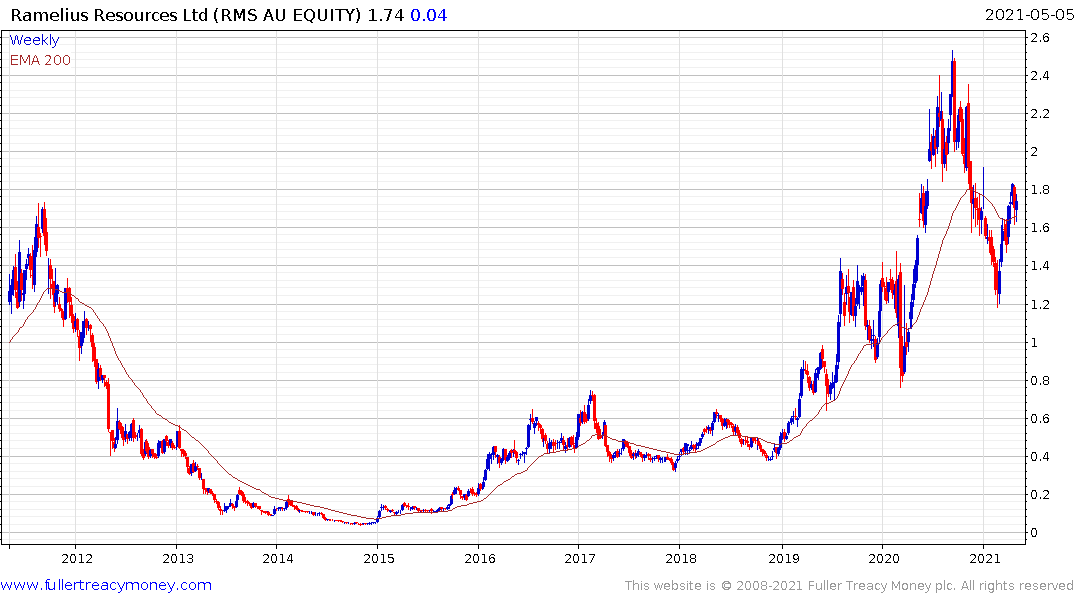 Ramelius Resources is currently firming from the region of the trend mean. 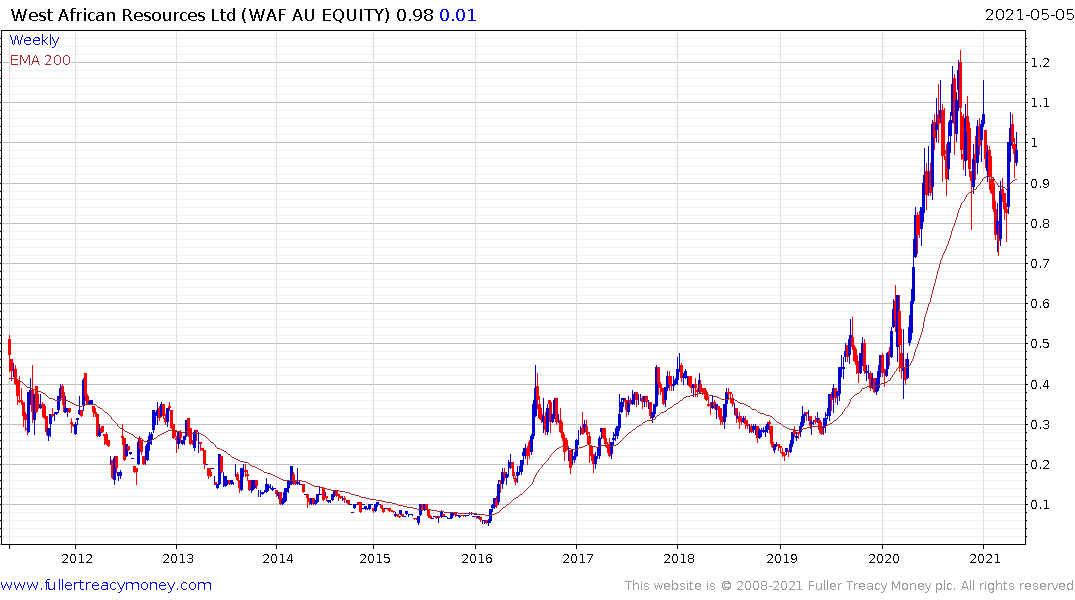 West African Resources is also firming from the region of its trend mean.

Indonesia’s Merdeka Copper Gold is also firming from the region of the trend mean and remains in a consistent uptrend.