Gold Achieves Liftoff as Prices Rocket Toward $1,400 an Ounce
Comment of the Day

Gold Achieves Liftoff as Prices Rocket Toward $1,400 an Ounce by Eoin Treacy

Bullion producers are also catching an uplift. The $10 billion VanEck Vectors Gold Miners ETF, which tracks shares of gold mining companies, jumped to the highest in more than a year on Thursday. And a separate gauge of senior gold producers including Yamana Gold Inc. and Barrick Gold Corp. rallied to the highest since November 2016.

Central Bank Buying
In another bullish signal for gold, central banks are continuing to buy the metal as countries diversify their assets away from the U.S. dollar. China increased its reserves for a sixth straight month in May.

Other countries have also been buying -- first-quarter purchases were the highest in six years, with Russia and China the largest buyers, according to the World Gold Council.

The money flowing into gold ETFs is positive but it is nothing compared to the volume that flowed into the asset class during the gold bull market. What is positive, however, is the trend has continued higher since the initial surge in 2016 which suggests net investor demand has remained in place despite the range which has persisted for the last few years. 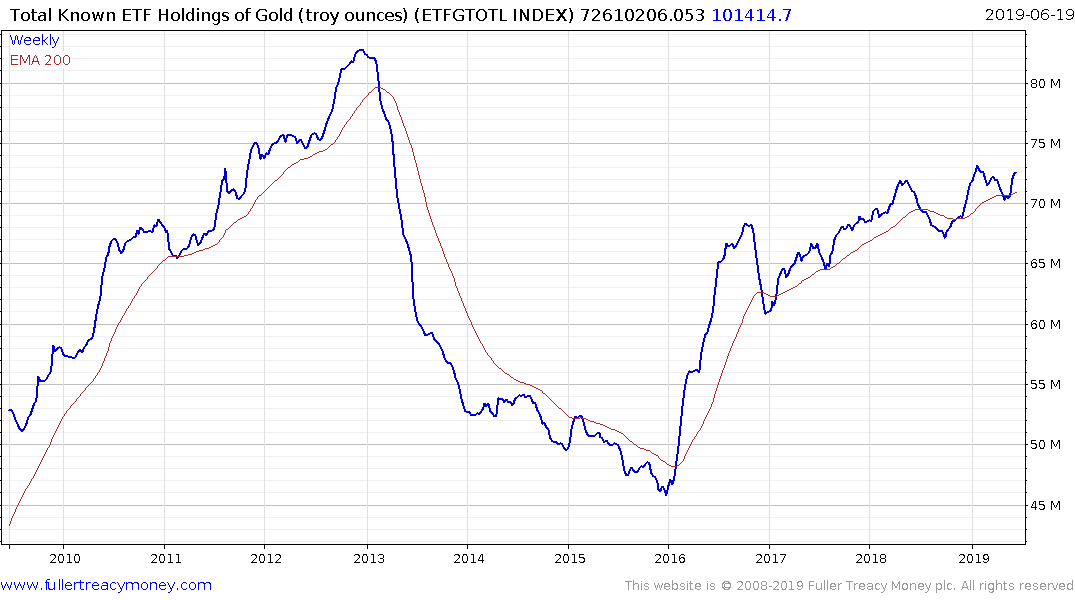 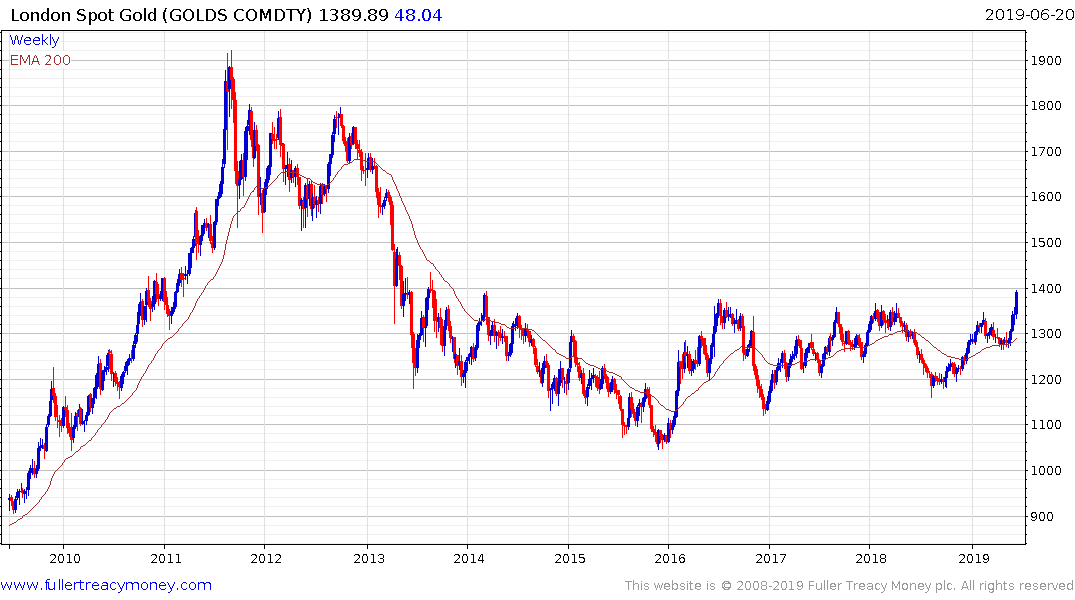 The break above $1350 is positive and the prospect of base formation completion is looking increasingly positive. It needs to hold the move above that level to confirm a return to medium-term demand dominance. 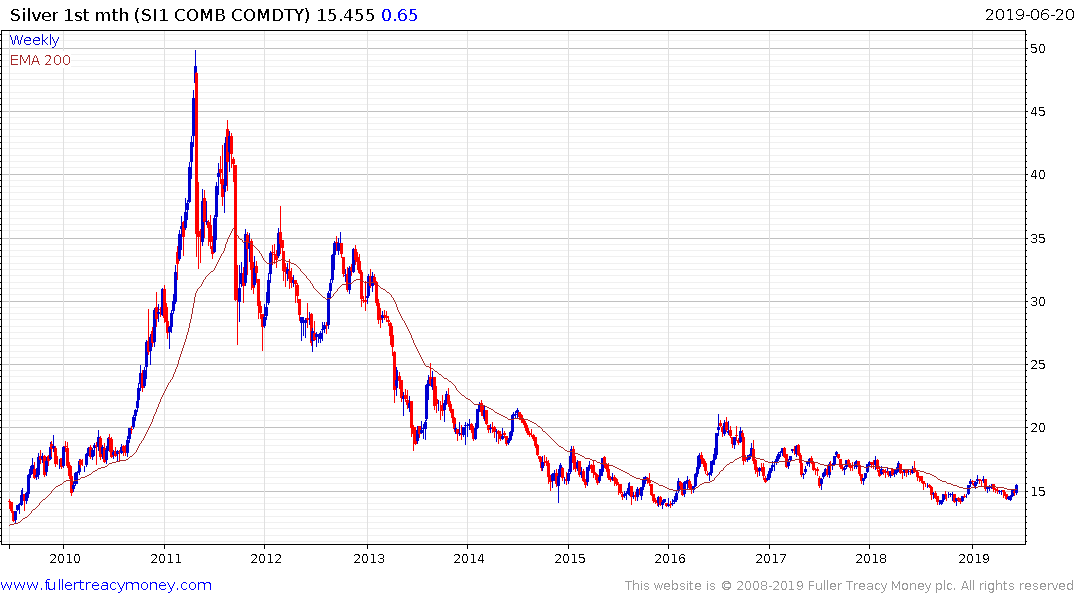 Silver popped back above the psychological $15 area today and a sustained move below that level will be required to question recovery potential. 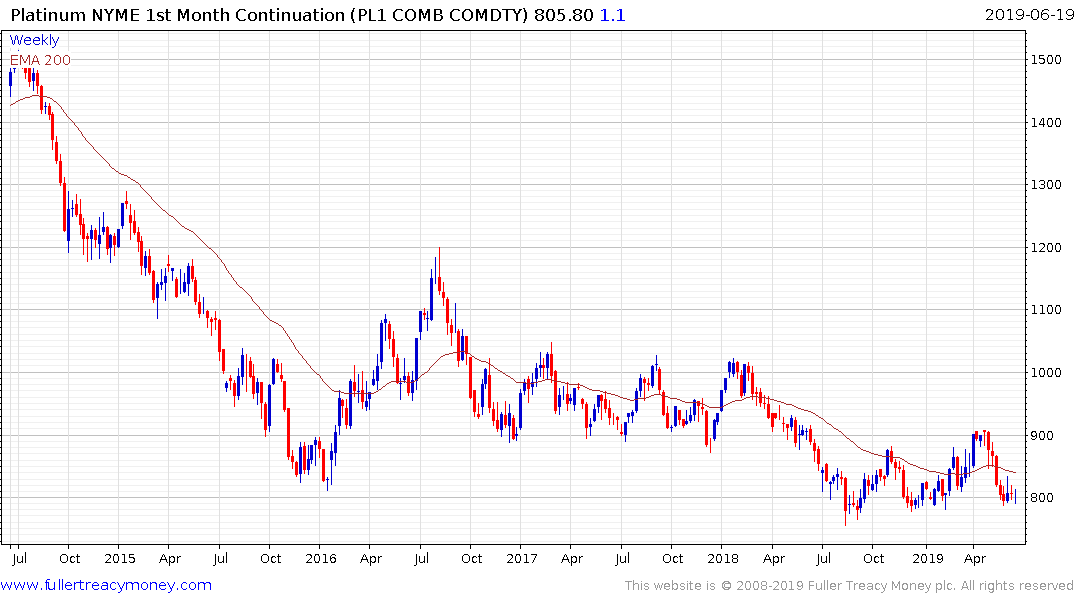 Platinum failed to hold its intraday rally but has capacity to play catch up if gold extends its rally. 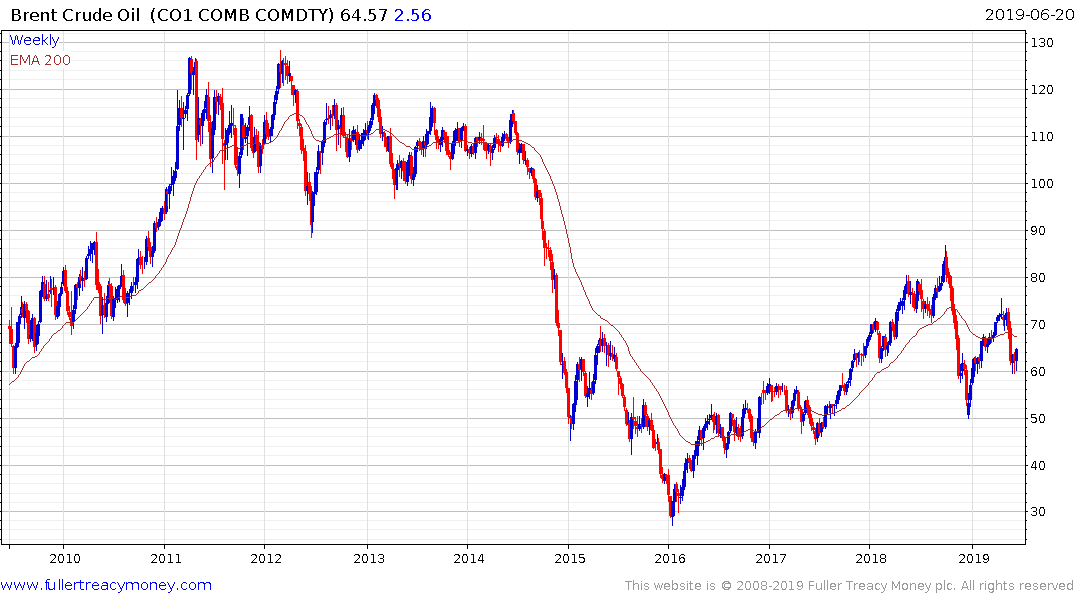 Crude Oil popped on the upside today to signal at least a reversionary rally is underway. 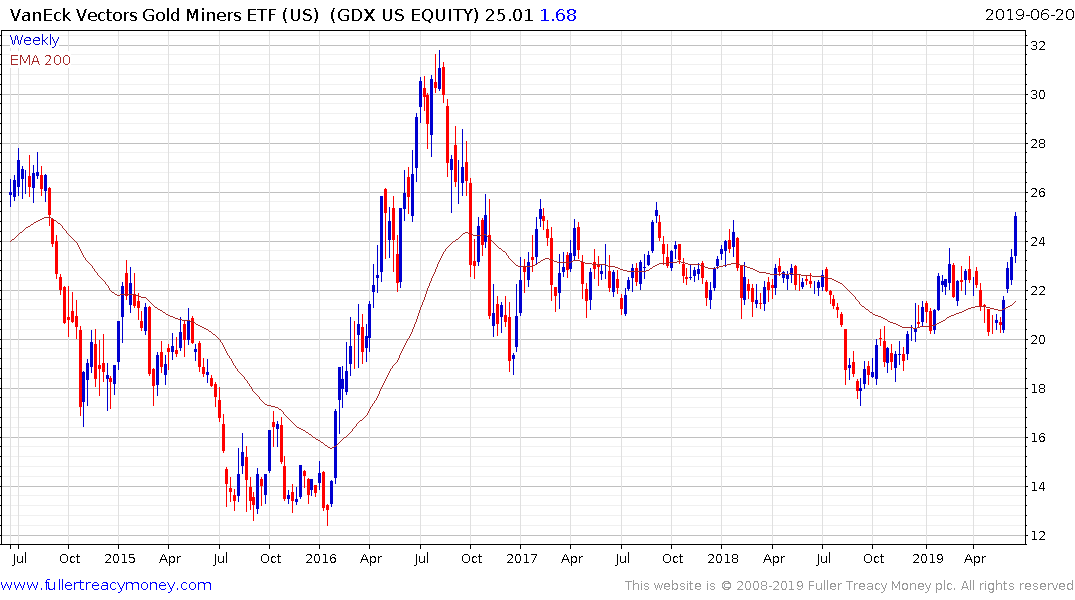