Gold: 32 trading days and counting
Comment of the Day

MSA argues that the flow of rightly nervous capital from developed market stocks is underway.  It moved into T-Bonds, as we expected several months ago, and also clearly into gold.  Name the commodity that has risen consistently during the S&P500’s collapse from its September highs.  Gold!  Furthermore, the shift into gold is far more resolute than the move into “safe” U.S. government bonds.  The S&P500 has rallied sharply in recent weeks, but gold hasn’t flinched (though T-Bonds did hard).  Gold only stalled in a tight fist of ink just below the highs of four weeks ago.  And Friday’s action tells us that congestion process is over, to be followed by a sharper advance.  Once gold’s action electrifies the price chart watchers of the world—as it moves above $1360—expect GDX and the miners to suddenly grow a backbone.  Overnight!  That’s how major sector explosions have always occurred.  Not with select lovers of that sector bidding it up, but with massive outside flows joining in.  As gold moves through $1360, expect miners to vastly outperform gold and probably any asset class sector on the planet.

There are lots of reasons to own gold but one I think is more relevant than others right now. The central banks of the world are getting ready to spend their way out of trouble and historically that has meant debasing their currencies. Gold cannot simply be lent into existence and is therefore a supply inelasticity asset compared to the rapacious appetite for debasement the world’s governments represent. 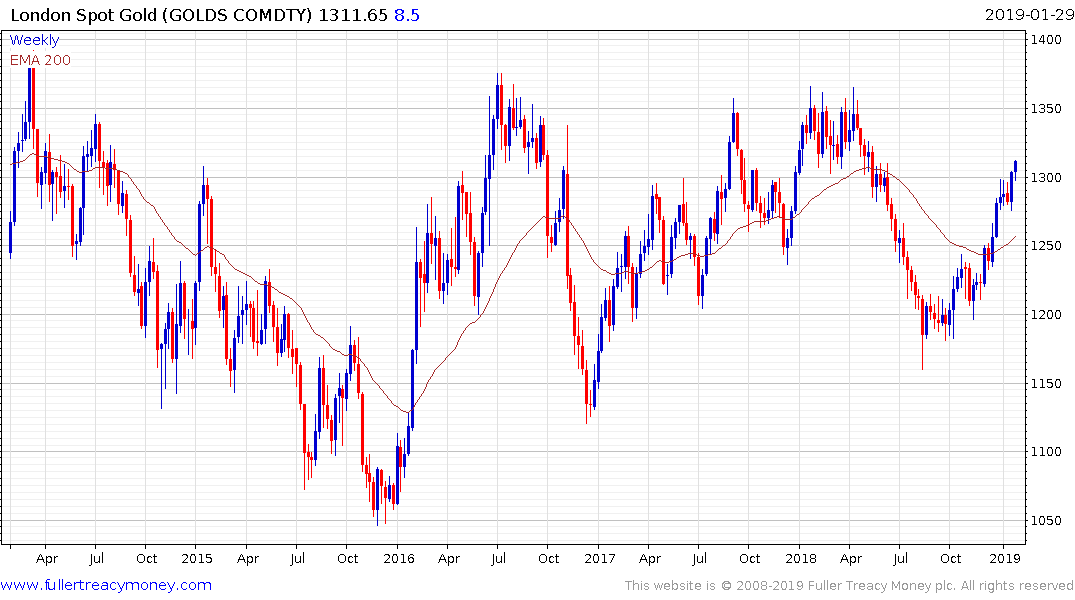 Gold continues to rally back up towards the upper side of its three-year range and looks likely to at least test the $1380 level. A sustained move above $1400 would signal a return to medium-term demand dominance. 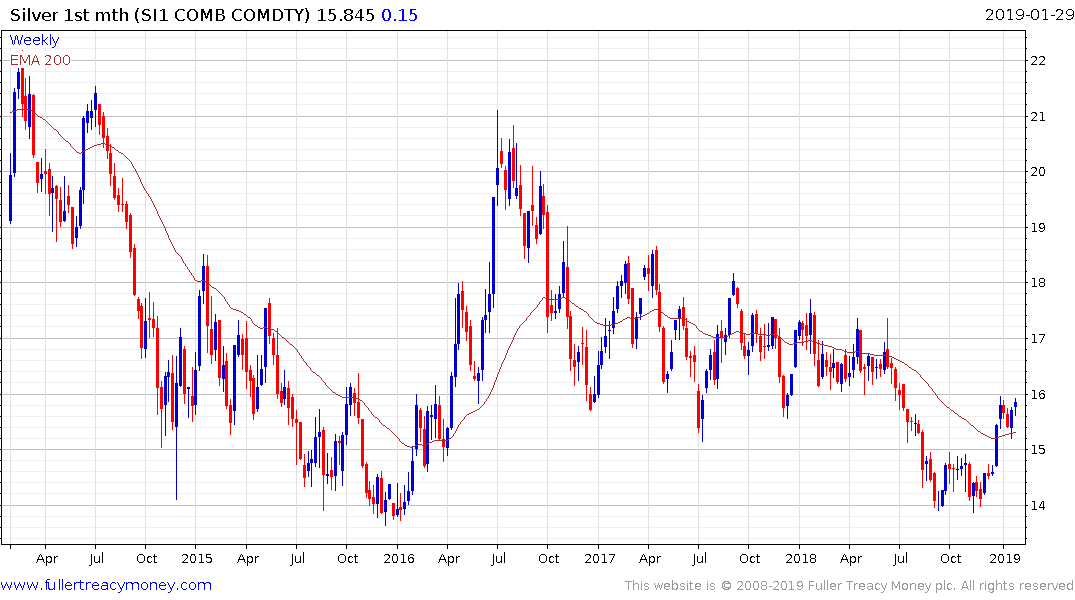 Silver is lagging but did bounce impressively from above $15 last week. 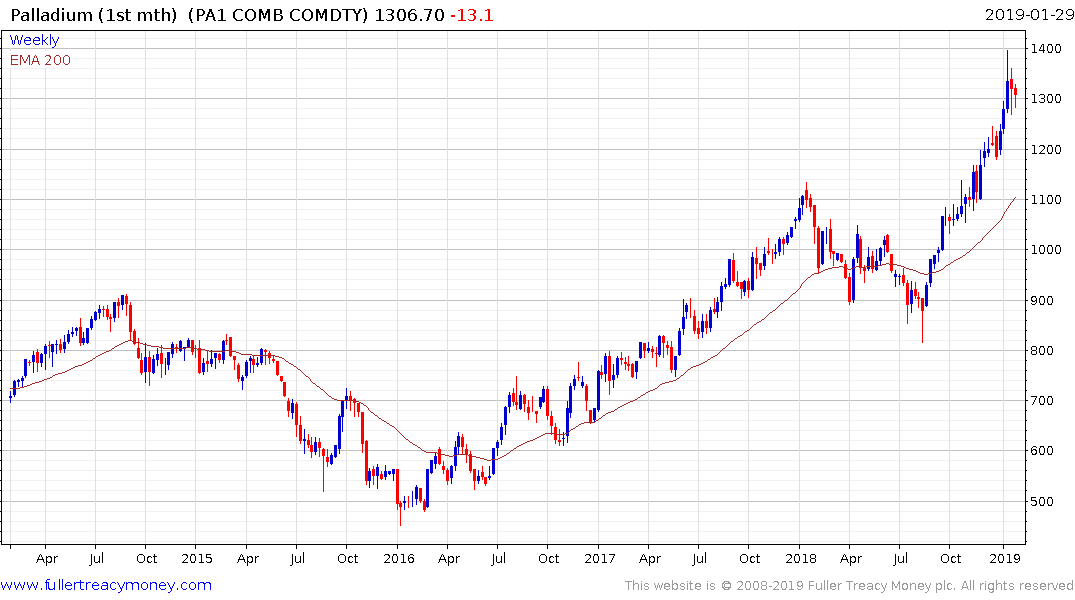 Palladium had previously been outperforming but is now consolidating its short-term overbought condition. 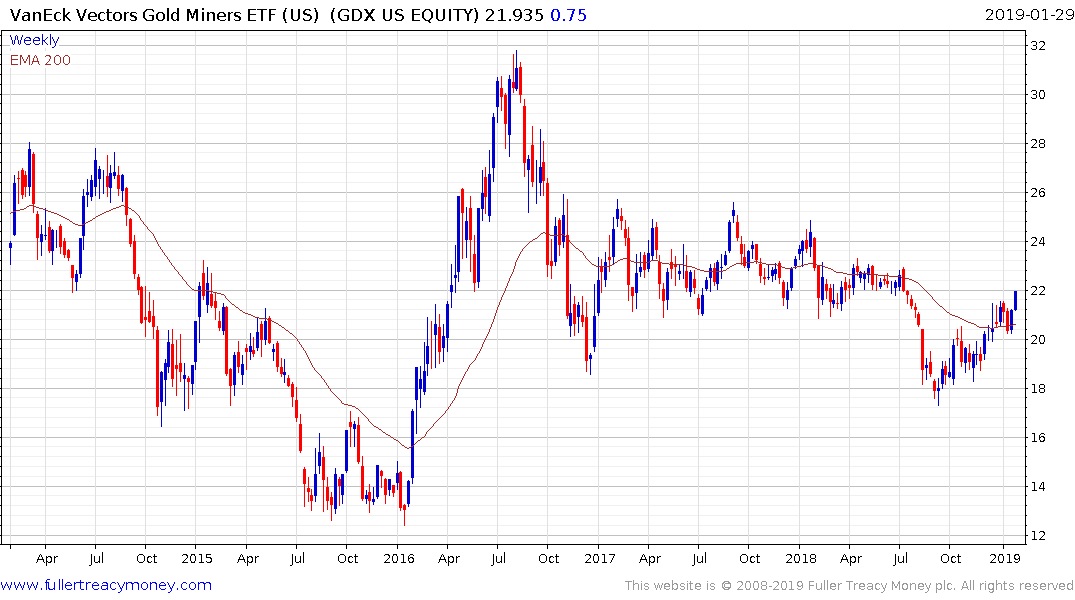 The Van Eck Vectors Gold Miners ETF on the other hand has broken out to new recovery highs as it continues on a recovery trajectory from its September lows.