So, what are investors expecting in 2019? The good news is that expectations are not as ebullient as last year, but things differ materially across regions. Forecast earnings growth for the S&P 500 is 16%,4 which is admittedly down from over 25% a year ago. This is a little misleading, however, as much of last year’s forecast and actual earnings growth came directly from the corporate tax cut, and there is no similar windfall in the cards for next year. Growth of 16% is extremely strong by the standards of anything other than 2018, implying real growth of over 5 times the long-term history for the S&P 500. So analysts are certainly still quite optimistic about the prospects for U.S. corporations. Analysts in the rest of the world are positively gloomy, however, with growth estimates for MSCI Emerging and EAFE at 2.5% and 1.2% – approximately 0% and -1% growth after expected inflation!

Now it is certainly possible that the U.S. continues to strongly outpace the rest of the world from a profitability perspective, but it is worth remembering that U.S. corporate profits are already just about at all-time highs relative to GDP (see Exhibit 2), and GDP growth is unlikely to be particularly strong.

Achieving forecast growth for the S&P 500 implies corporate profits moving decisively above any previous peak relative to GDP. This is possible, but why stick your neck out investing in the one region of the world where meeting expectations requires something never seen before? EAFE and emerging could come in with even worse growth than that forecast, but those forecasts assume earnings growth significantly below expected GDP growth,5 whereas U.S. forecasts assume growth of over three times GDP growth.6 An additional potential concern in the U.S. is the fact that while the equity market is expecting continued strong growth, the bond market is now expecting the Federal Reserve to cut rates in 2019, against the “Fed dots,” which suggest 0.5% of tightening over the year. It seems highly likely that either stock investors or bond investors are going to wind up disappointed. Growth strong enough to make the stock market happy is very likely to push the Fed to disappoint bond investors and raise rates. An economy weak enough to cause the Fed to lower rates in the face of currently very low unemployment seems extremely unlikely to show earnings growth of anything close to 16%. It actually seems quite possible that we could see a repeat of 2018 for the U.S. at least, with both stock investors and bond investors disappointed with the outcome. None of this is close to a guarantee, of course. Maybe the U.S. will have a burst of disinflationary growth that allows profits to flourish while falling inflation pushes the Fed to ease. Maybe the rest of the world will do even worse than the tepid growth that analysts expect. But as a rule, investing where success requires something never seen before seems a lot harder than investing where business as usual would count as a significant positive surprise. 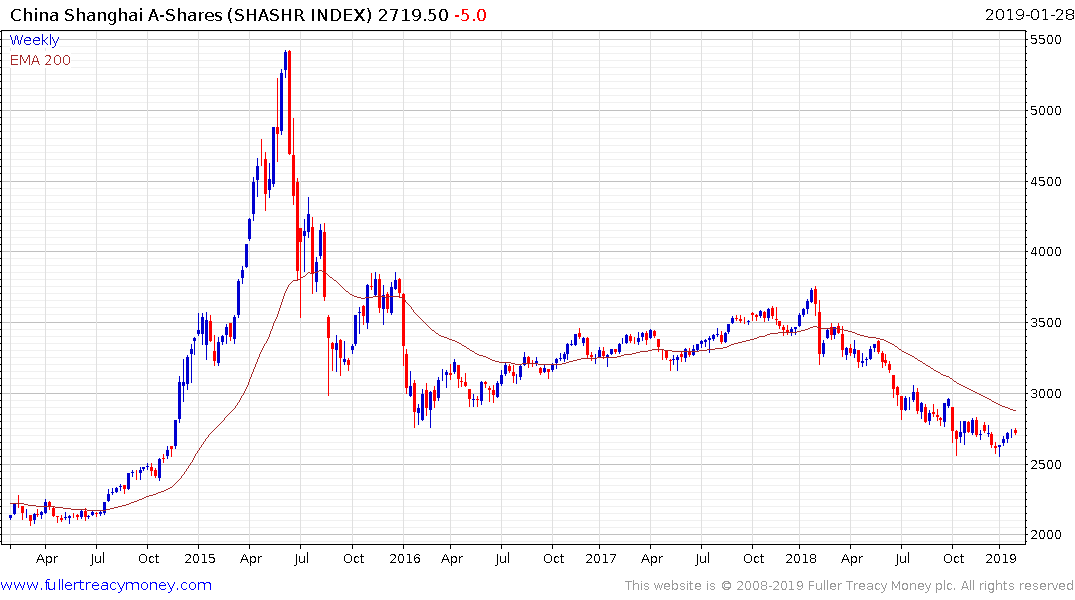 There are two particularly pervasive views among institutional investors right now. The first is that emerging markets are due a period of outperformance and are cheap on relative value measures, particularly versus the USA. The second is the Dollar is going down in a big way from here, which of course would boost the prospects for emerging market currencies.It’s important to remember the majority of emerging market indices have China as a major component. The only way we can make a rational argument that China is cheap is if we believe they are going to do something to turn around the downtrend in the stock market. Some form of stimulus is looking increasingly likely beyond repeated cuts to the reserve requirement, but there has been no clear signal yet the government in China is willing to backstop the stock market. 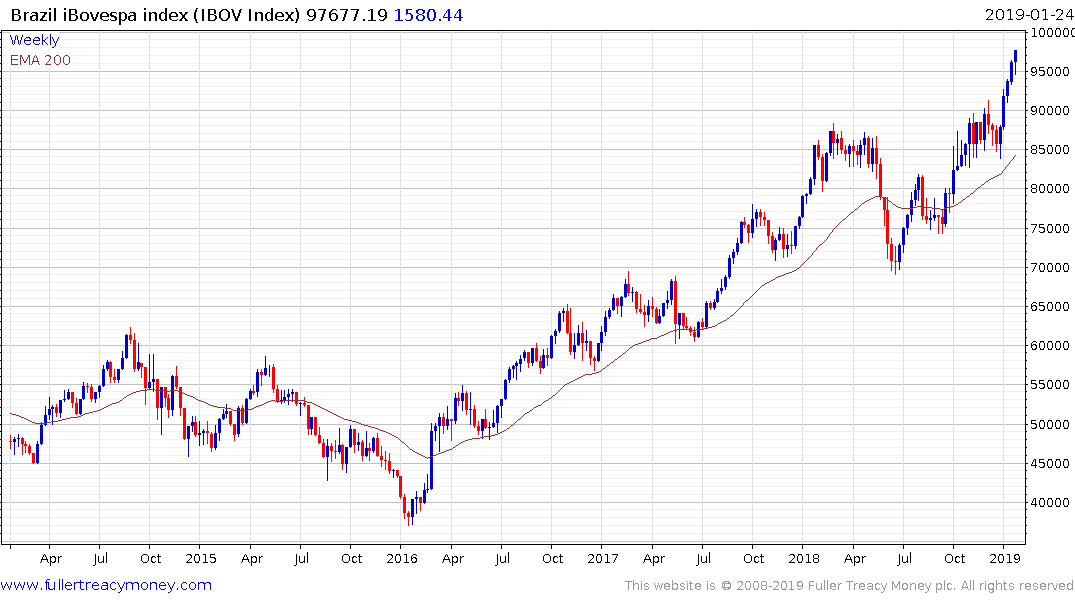 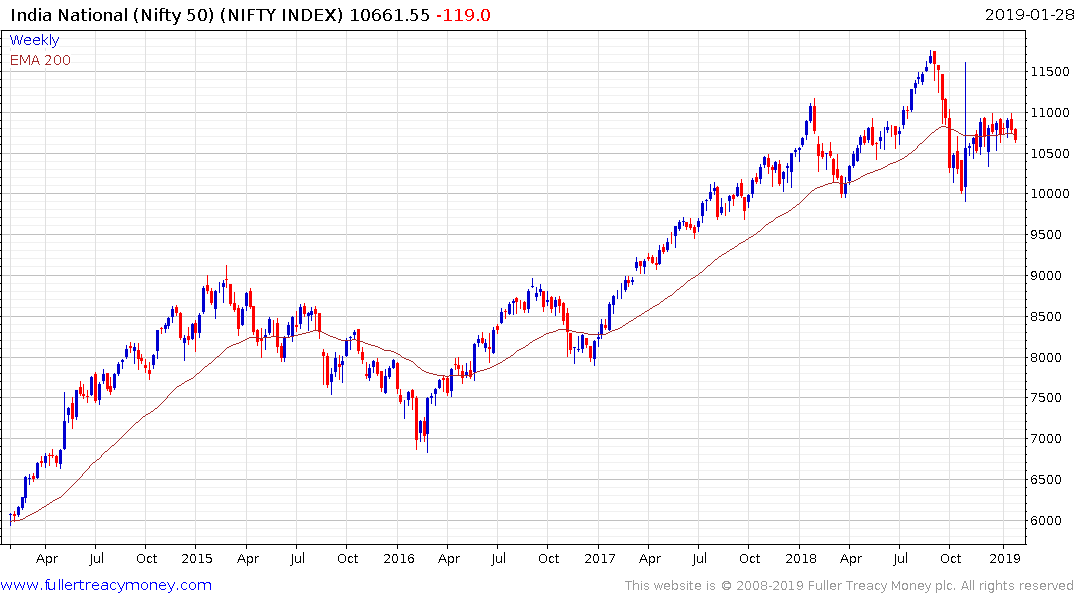 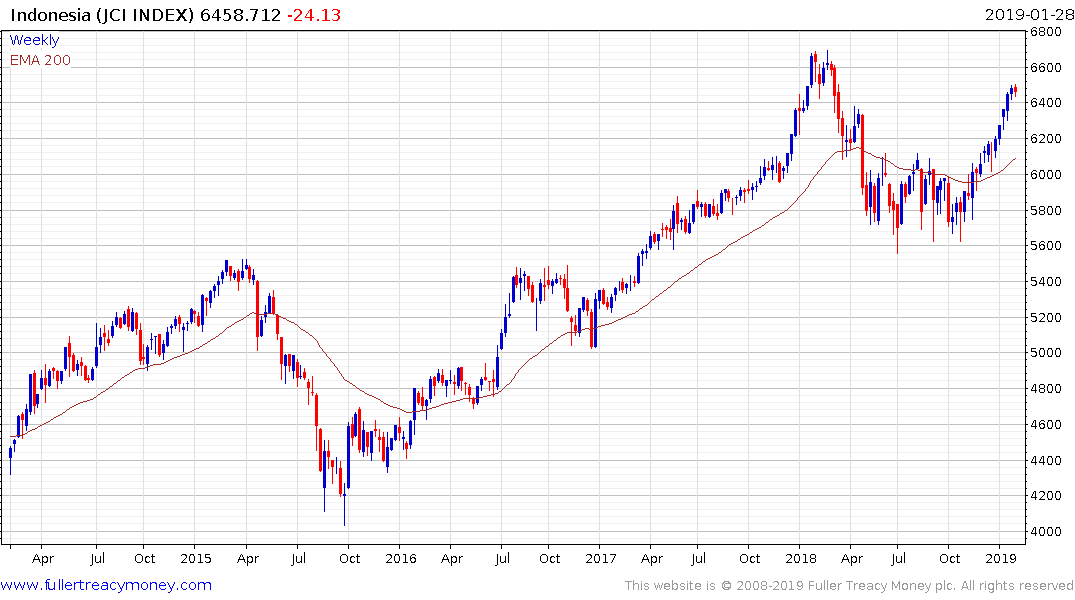 Meanwhile markets like India, Indonesia and Brazil have been among the best performers this year, today’s weakness notwithstanding.