We expect GDP growth in the euro zone to stabilize in the second half in range of around +0.4% to +0.5% q/q. The recent weakness in the euro should support export growth, even though the trade dispute is certain to weigh on foreign trade. A sustained steady uptrend in credit growth in the household and corporate sectors should support growth in domestic demand and investment spending in H2. We are forecasting GDP growth of +2.3% for the euro zone in 2018.

​We expect consumer price inflation in rise moderately in 2018 to an average of +1.6%. Considerable uncertainty remains regarding the extent to which the ongoing recovery will be reflected in higher core inflation rates. The trend in core inflation was at times below expectations, inter alia due to the regional fragmentation of the labor market.

It is arguable whether the European Union is ready for the end of quantitative easing but the ECB is ending its quantitative easing program anyway. It has legitimate concerns about the distorting influence of negative yields on both the economy and the bond market. However, it is quite likely that the end of purchases will have deleterious effect on the economy and most particularly for the peripheral economies. 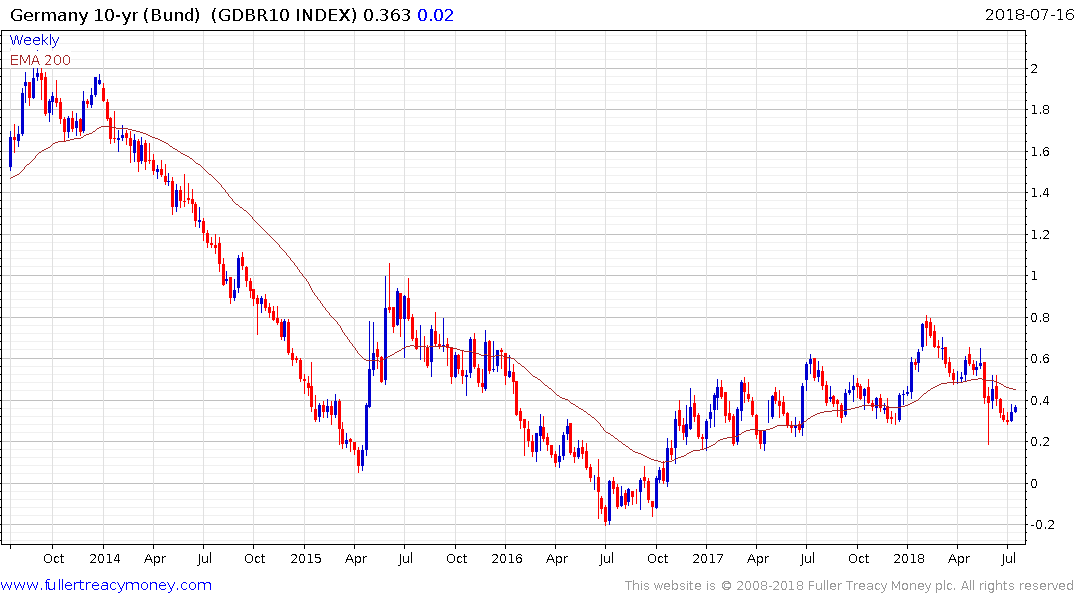 German Bund yields hit a spike slow in May near 0.20% and in the absence of renewed ECB buying it is hard to imagine the rate going below the zero bound again any time soon. 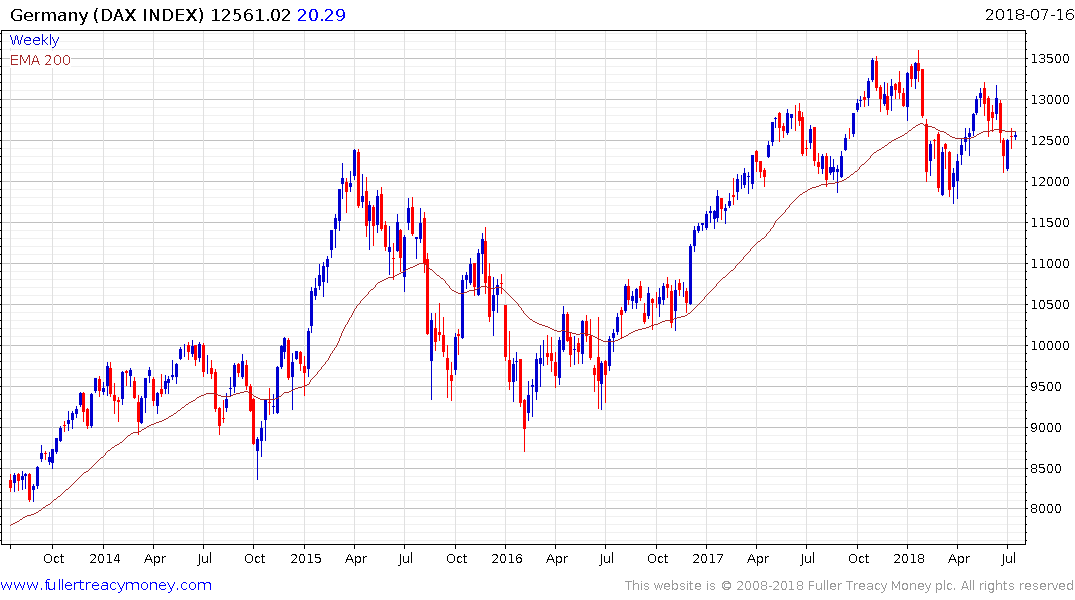 The DAX Index has been ranging above 12,000 since early 2017 and is currently bouncing from that level again. A sustained move below 12000 would be required to signal a return to supply dominance. 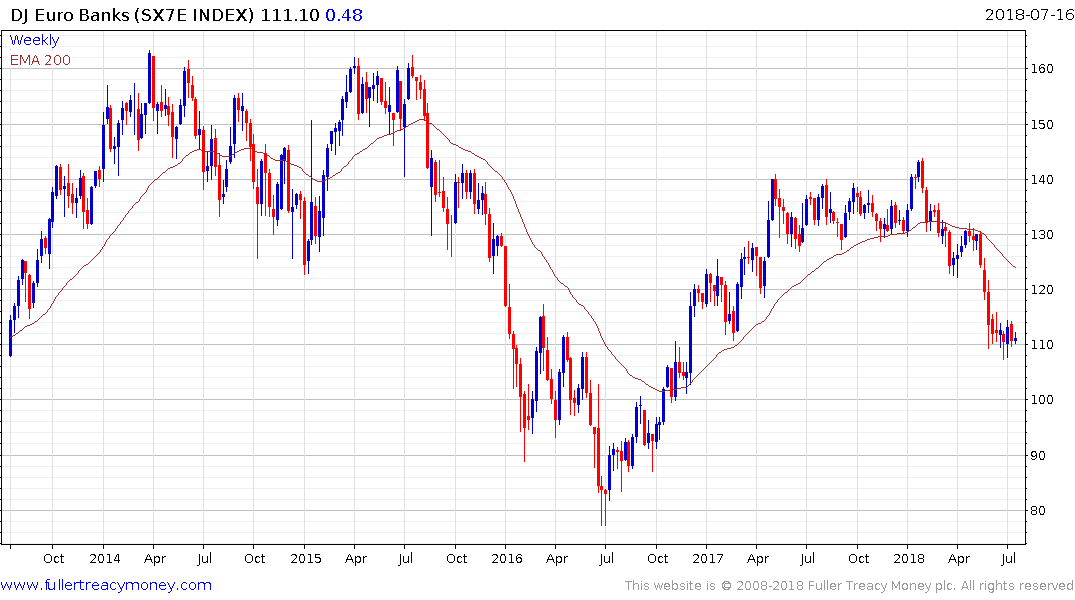 The Dow Jones Euro STOXX Banks Index was unable to hold its intraday rally but has lost downward momentum over the last six weeks. It will need to break its near-term progression of lower rally highs to begin to signal a return to demand dominance. 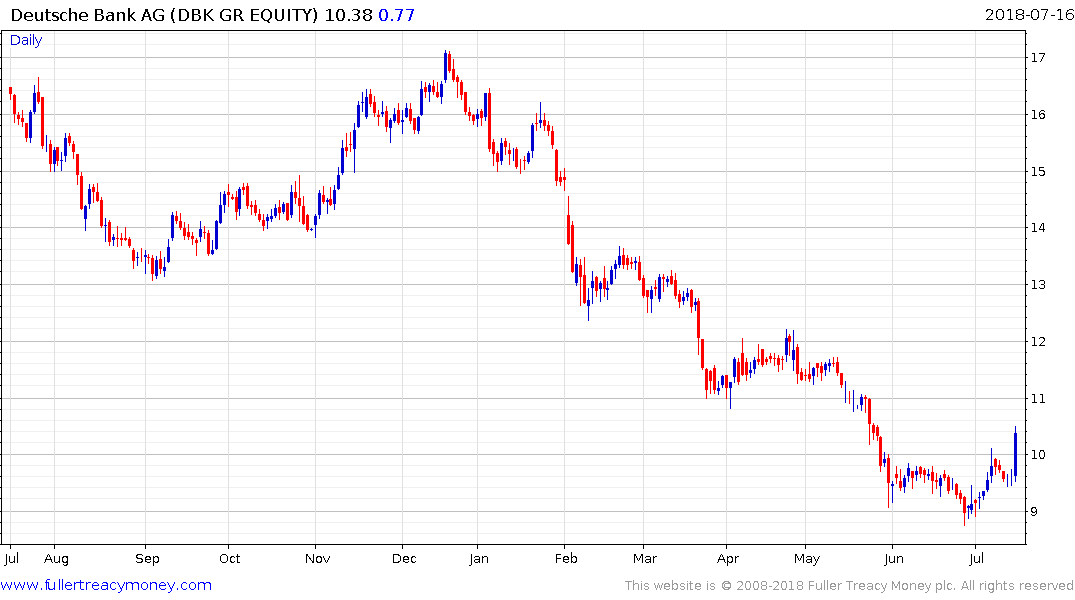 Deutsche Bank popped on the upside today to break this year’s progression of lower rally highs. A break back below €10 would be required to question potential for some additional upside.