Glencore’s move falls in line with what an increasing number of top miners have been doing lately, that is, handing money back to shareholders. The trend follows a recovery from the commodity rout of 2015-16 and increasing pressure from investors to not buy assets that may never deliver returns.

Less than a week ago, world’s second largest miner Rio Tinto (ASX, LON:RIO) unveiled a $3.2 billion share buyback following an asset-sale spree. Previously, BHP paid out a record dividend and promised it would give its shareholders most of the $10.5 billion it obtained from the sale of its US shale oil and gas assets.

Glencore said it has almost completed its first buyback, acquiring $940 million of its own stock after the shares fell to a 14-month low in September as part of a wider commodity sell off.

The big takeaway from the trend of miners buying back their own shares and increasing dividends is they are spending less on capital investments. That means they are more profitable but also that their ability to rapidly increase supply will be constrained in future should the need arise. 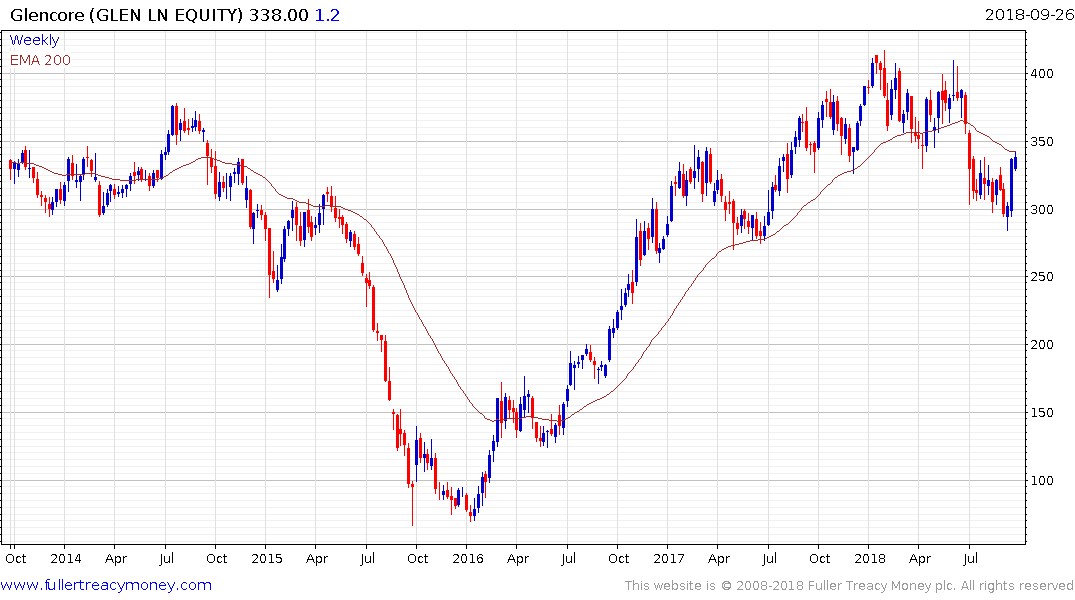 Glencore bounced emphatically last week and improved on that performance this week to hold the move above the trend mean. 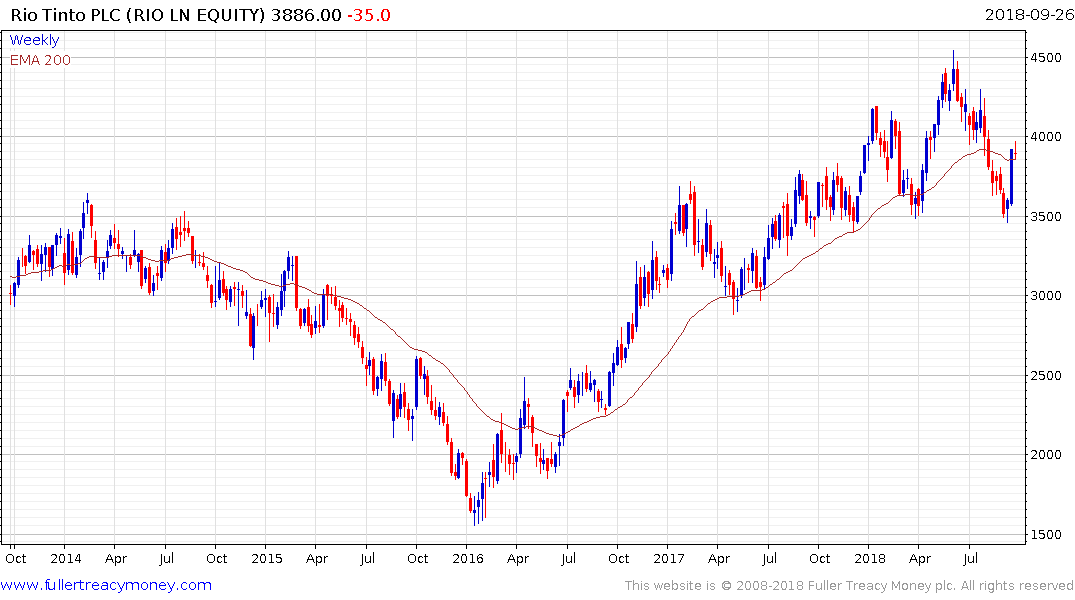 Rio Tinto also bounced emphatically last week to demonstrate at least near-term support in the region of the 3500p. 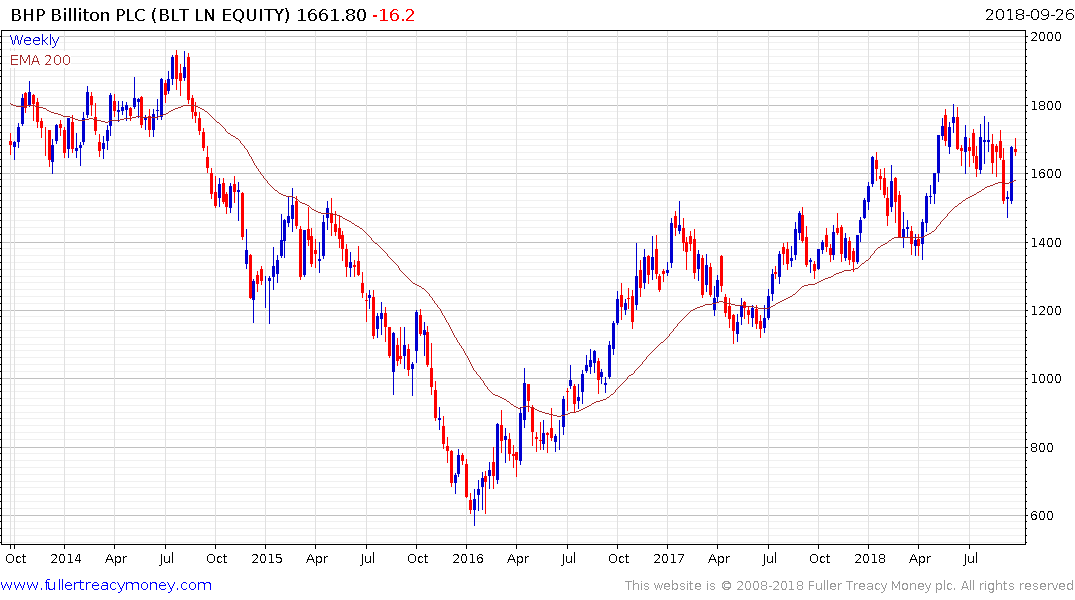 BHP Billiton continues to hold its medium-term progression of higher reaction lows and is now challenging the sequence of lower rally highs since June. 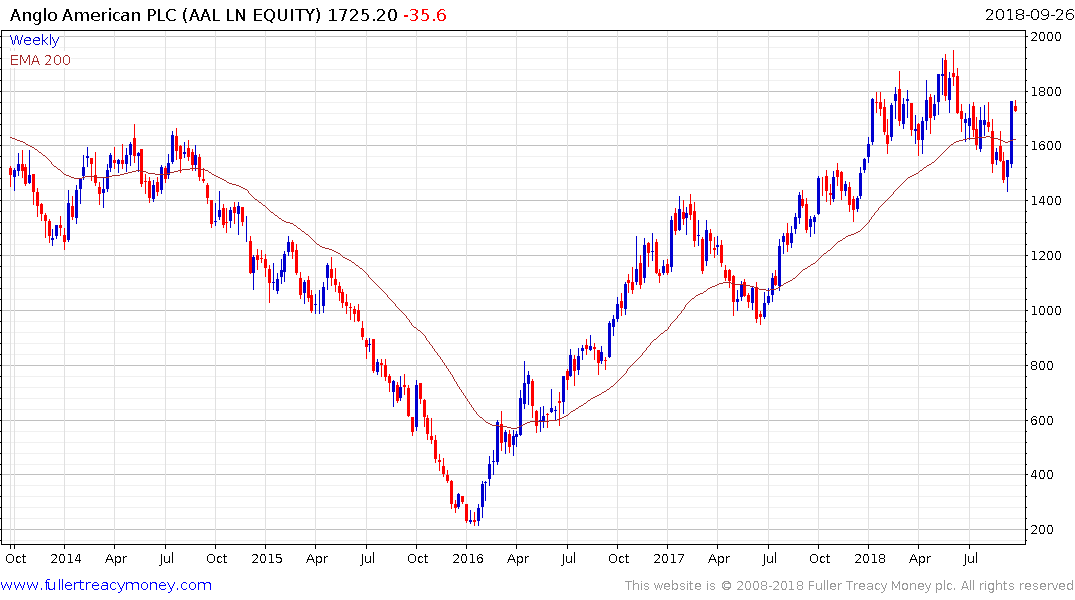 Anglo American has also bounced impressively from the 1500p level and a sustained move below it would be required to question medium-term scope for continued upside. 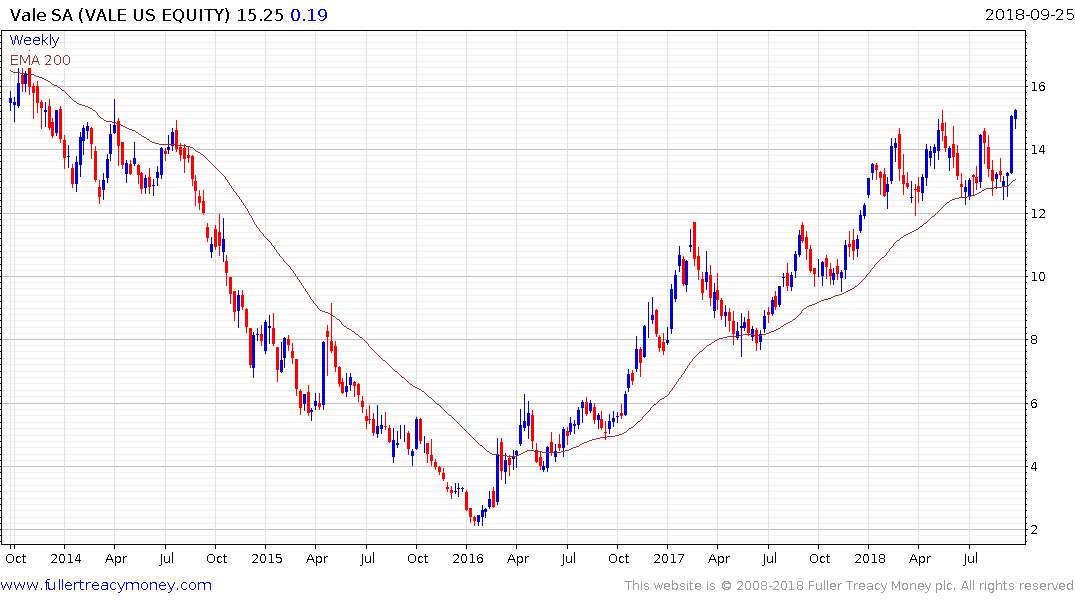 Vale remains in a reasonably consistent medium-term uptrend and is testing the upper side of its range.