The central bank left its rate at 0.5 percent as expected and raised growth and inflation forecasts. While the pound was boosted by the central bank’s tone, sterling could see gains tempered by the fact the BOE’s policy path remains closely tied to progress in the Brexit talks, according to Viraj Patel, a currency strategist at ING Groep NV.

In a press conference, Governor Mark Carney said that while the bank sees more tightening than it did in November, this was a “crucial” year for the Brexit negotiations and everyone would be better informed next year, which would have an effect on the central bank’s thinking. Rises will be gradual and the bank is not tied to a specific rate path, he said.

It was a “Brexit-contingent hawkish signal,” said Patel, among the most bullish forecasters on the pound. The greater prospect of a rate increase in coming months “reinforces our $1.45 target for cable in the first quarter of 2018.”

Jacob Rees-Mogg has the wonderful luxury of not holding a ministerial position and can therefore say whatever he wishes. That straight-talking manner has made him a champion of the Conservative’s Brexit camp. Theresa May continues to walk a fine line between appeasing warring factions within her own party while also needing to keep Northern Ireland’s DUP onside in order to maintain her majority.

Fear of both a Rees-Mogg led administration, or capitulation to a Labour Party waiting in the wings for the Conservative party to disintegrate, might just allow May to hold everything together but it’s a situation that could come apart at any stage. Meanwhile this sense of political volatility could both hamper and aid negotiations with the EU so it would be premature to reach any conclusions about the shape of a deal until it is eventually announced.

This article from politico.eu highlights how much more difficult it will be for the EU to build a world class financial services sector without the UK. Here is a section:

Speaking at a conference in Brussels last week, Barclays CEO Jes Staley said the key to the CMU’s success is “size … we need to work toward a pan-European market area, beyond the EU27,” adding: “Some people call this idea ‘CMU plus,’ but it’s the only version of the plan that can achieve what we need.”

Staley is the first to publicly call for the U.K. — with its unparalleled financial expertise — to play a role in the project. But others echo his view. 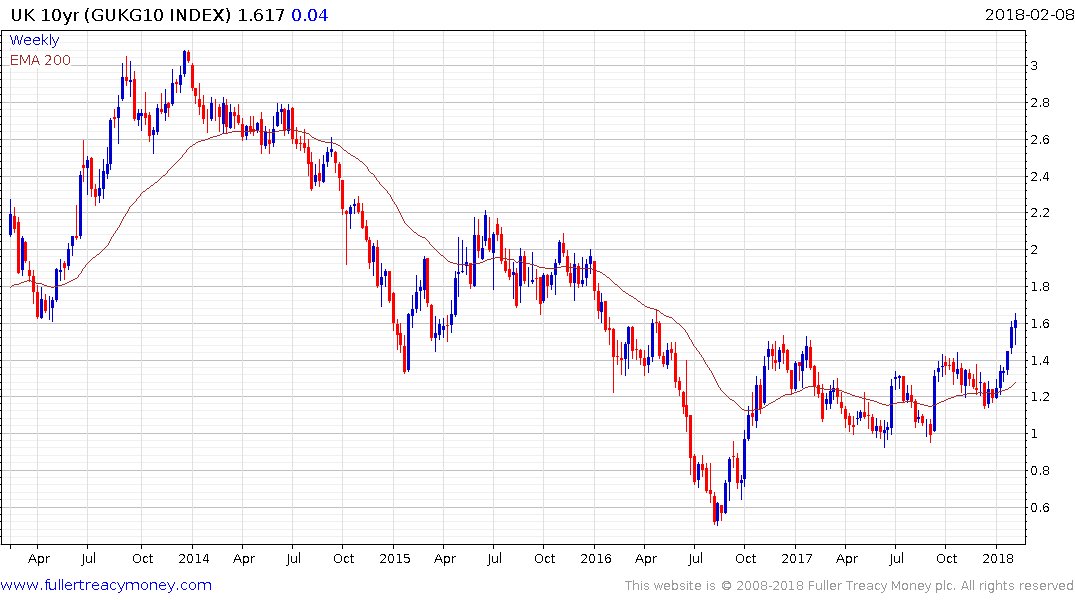 Gilt yields closed at new recovery highs today, extending the breakout from a yearlong range. A clear downward dynamic would be required to question potential for additional upside. 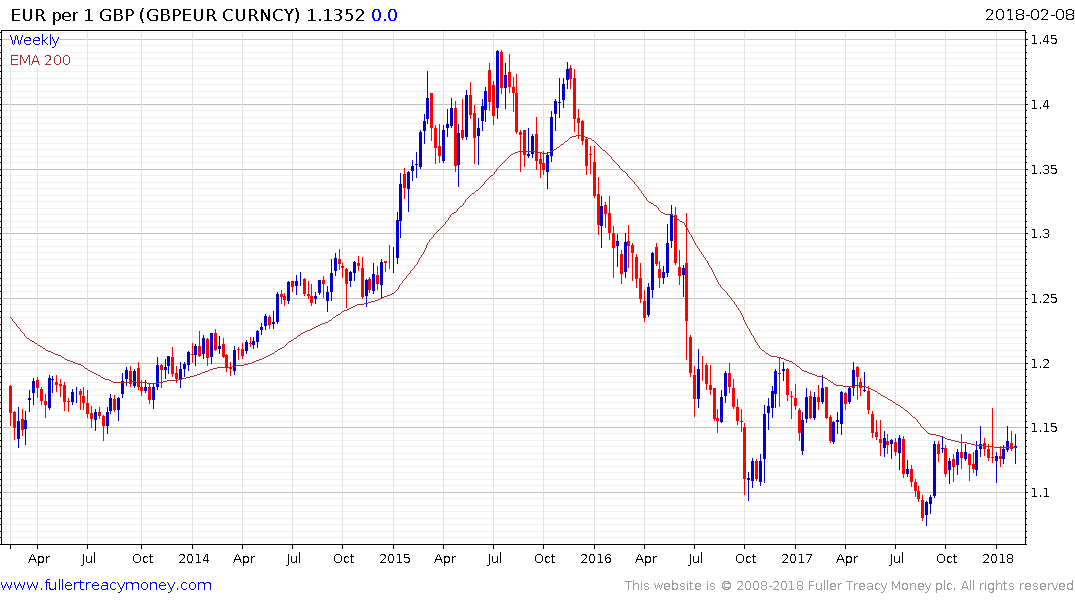 The Pound remains rangebound against the Euro and failed to sustain the move above €1.14 today. A sustained move above that level will be required to signal a return to demand dominance by the Pound.