A Few Examples Of How Resilient Individuals Have Already Helped Researchers
Human Knockout Project — Daniel MacArthur started this project out of his lab at Massachusetts General Hospital and the Broad Institute. He’s looking for healthy individuals with so-called loss function variants, genes that do not code for a protein. Researchers routinely “knock-out” the function of a gene in mice when studying what a gene does.

PCSK9 — The gene regulates the level of LDL cholesterol, but researchers found that certain individuals with loss function variants in the gene were protected against high lipid levels. Since the discovery several pharmaceutical companies have used this discovery to develop new therapies for combating high cholesterol.

Alzheimer’s Escapers  — “Escapers” are individuals who have the genetic variants that put them at very high risk for disease, but for whatever reason never develop it. The Washington University School of Medicine is looking at families that are genetically predisposed to
Alzheimer’s Disease looking for individuals who have “escaped” getting the disease for insights into new treatments. 23andMe has also found escapers.

HIV — By identifying rare mutations in the gene CCR5 that provide resistance to HIV infection, researchers hope to find a vaccine against AIDS.

Diabetes — A few years ago researchers discovered that a variant in the gene ZNT8 protects even obese people from diabetes. Since then researchers have been using this as a possible drug target to protect against diabetes.

The movement to study healthy people as a way to identify how to treat illness is quickly gaining ground in the technology community. After all when you go to hospital it is full of sick people but the wider world is full of people who are healthy.  Doesn’t it make sense to find out why some people get sick and others don’t?

This movement is being enabled by the exponential growth in genetic testing and the corresponding decline in costs; less than $1000 today versus many multiples of that five years ago. The growth of the wearables sector is an additional enabler because companies like Apple and Fitbit are gathering reams of basic health related data in real time that was unavailable previously. 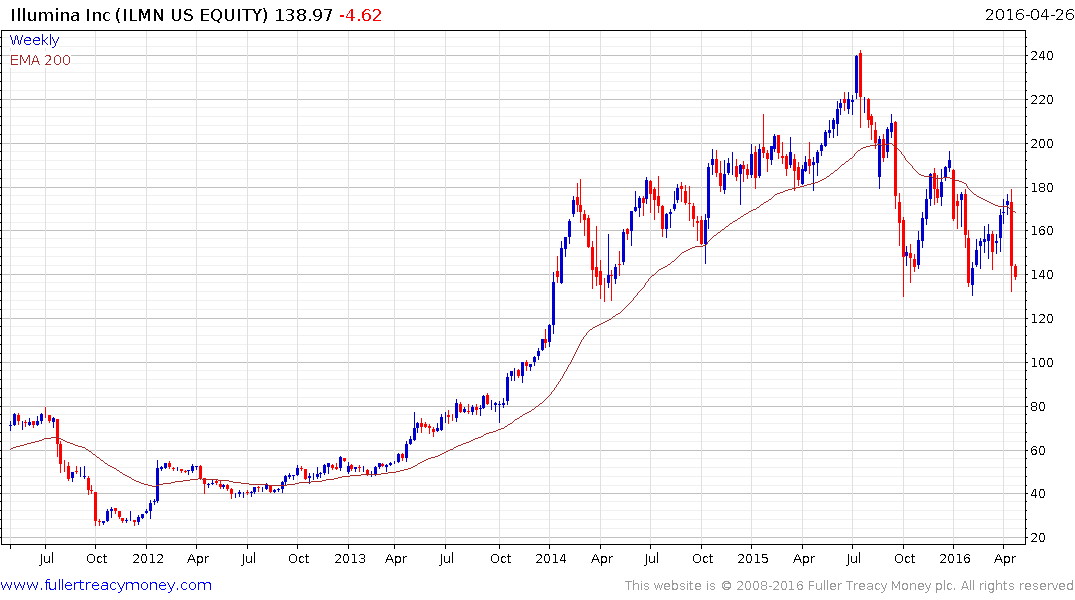 Illumina is the largest manufacturer of genetic testing machines. The share hit a medium-term peak near $250 in July 2015 and has held a progression of lower rally highs since. It has encountered resistance in the region of the trend mean on a number of occasions and has dropped back to test its low over the last couple of weeks. This chart has the hallmark of a Type-2 top with right extension, as taught at The Chart Seminar, and a clear move above $175 will be required to question medium-term supply dominance. 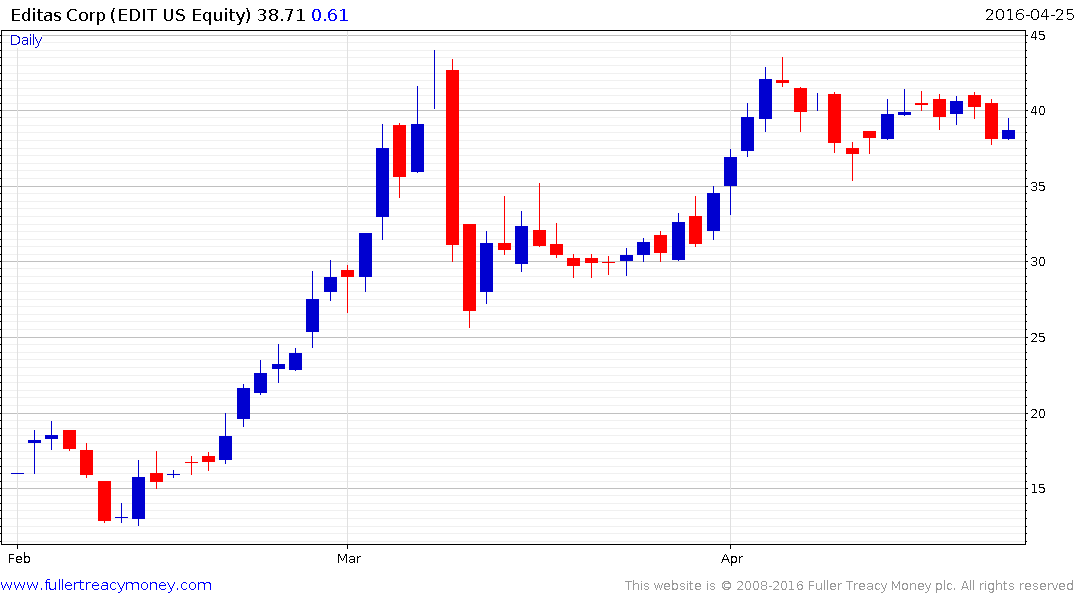 Editas IPOed in February and is the only company offering a pure-play on commercialising CRISPR gene editing technology. Here is an article from Gizmodo that highlights what is possible with this promising emerging technology. The share surged following its IPO and is now consolidating below its peak. 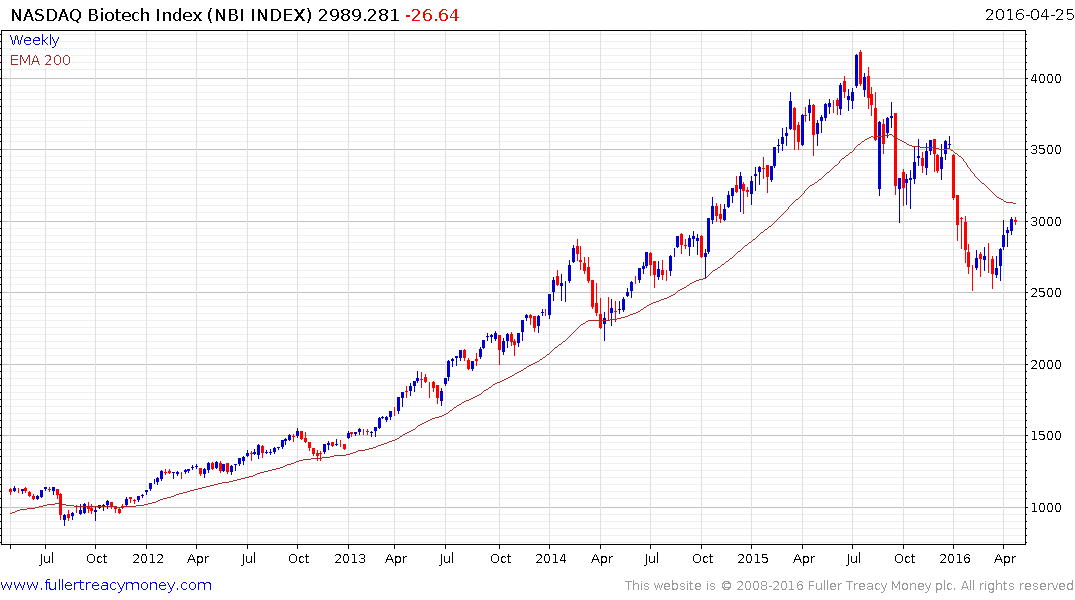 The Nasdaq Biotech Index has held a progression of lower rally highs since July 2015 and has at least paused in the region of the trend mean following a reversionary rally. Some consolidation is to be expected which would allow the short-term overbought condition to be unwound but a sustained move above the MA will be required to signal a return to demand dominance beyond short-term steadying.